Dazzling Sunshine in the Alps, and a Chance of Weekend Snow 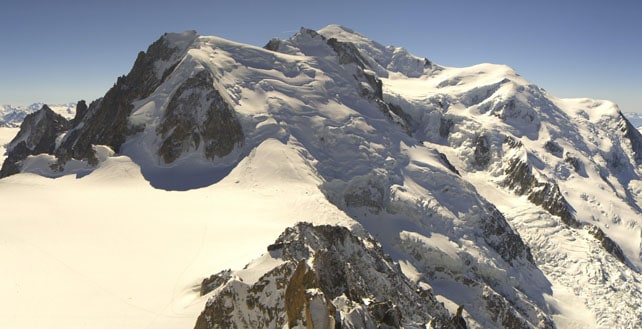 What a day! Across the Alps the skies are more or less cloudless, and the mountains are bathed in brilliant spring sunshine.

Yes, it’s also much too warm – especially in the west. Even in high-altitude Val Thorens, the temperature will be +7C today, and down in Morzine it’s +17C at street level. But it’ll be hard to care too much if you’re out on the slopes. A few well-timed runs, a picnic somewhere spectacular, or maybe lunch on a sundeck if you’re feeling flush: it’s going to add up to a magnificent day.

It’s a little cooler in the eastern Alps. In France, the freezing point is at 2900m, but in Austria it’s nearer 2500m. But wherever you’re skiing spring conditions are a notable feature.

In fact, it’s turning into a memorable week for firn/corn snow. That’s the off-piste snow that gets wet and heavy on a warm, sunny day, and then refreezes overnight. The frozen snow forms a thick, load-bearing crust, and as it starts to warm up again, the snow on the surface softens and becomes grippy. Ski it at the right moment and it’s a delicious experience.

As John Yates-Smith of YSE says: “It’s like skiing on a billiard table – firm underneath and velvety on top.”

There’s one problem with firn snow. You need a smooth, unbroken surface for it to be skiable; and these days most off-piste slopes have been chopped up into crud long before the freeze/thaw process has a chance to set in.

This month, however, it seems like there’s more of it about. Certainly, the mountain guides and avalanche-safety teams are buzzing about the conditions.

Here’s a shot taken by Andreas Bjorklund of Alpine Experience in Val d’Isere yesterday. Note how the skiers are on the surface of the snow, not up to their knees in it. 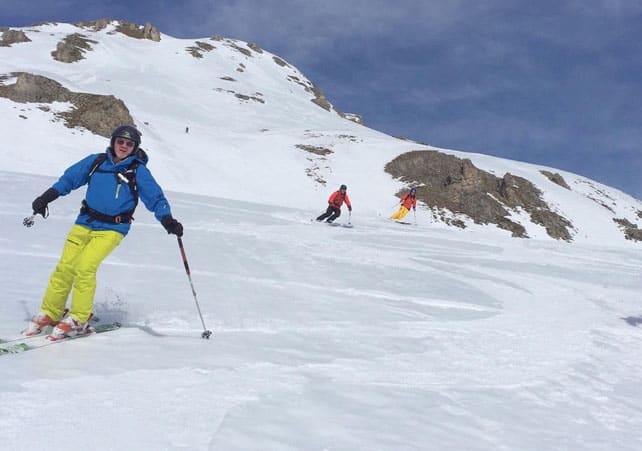 If you fancy joining in the fun, then make sure you hire a guide like Andreas. Off-piste, spring conditions can get pretty nasty if your timing’s off.

Is there any cold wintry snow still to be skied? Not much. In the Haute Tarentaise – home of both Tignes and Val d’Isere, the MeteoFrance avalanche service reports spring conditions up to 3000m, even on north-facing slopes. Conditions in Austria are more wintry if you’re on a glacier such as the Hintertux glacier or in a high altitude resort such as Obergurgl, but still you’ll need to be above 2500m. The Tirol’s excellent avalanche advice service says that off-pisters must expect to deal with lots of different snow conditions in a single run.

Here’s an example of more wintry snow from Obergurgl, taken near the top of the ski area yesterday. 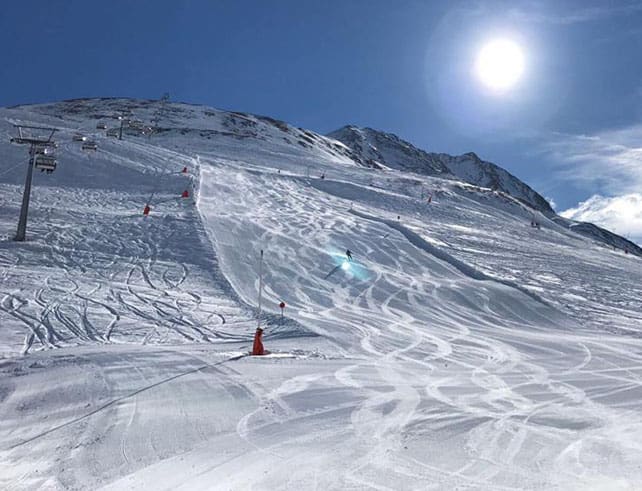 There may be some fresh snow at the weekend

The sunshine won’t last forever. In fact, it might not even stay till Sunday.

The high pressure currently dominating the weather is going to shift westwards, and there’s a chance a cold front will reach Austria and Switzerland, and bring fresh snow. Here’s our snow forecast for Sunday. 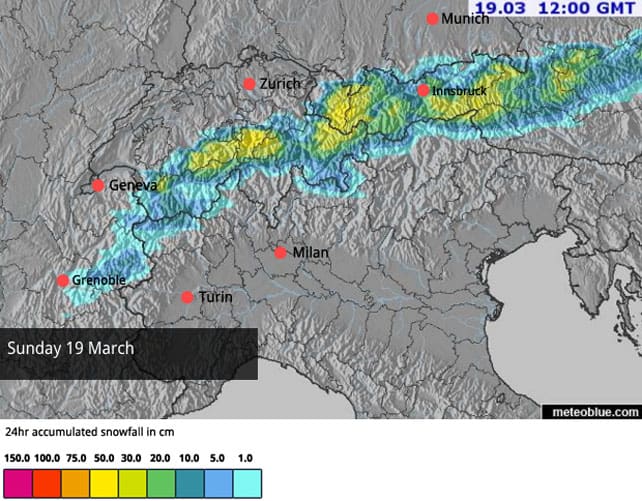 This is by no means a dead cert. Small variations in the anticyclone’s movement will mean the difference between no snow and a dump. But the Austrian resorts will be delighted if it comes.

More sunshine is expect on Monday and Tuesday, and then there’s a chance of a more prolonged spell of cooler weather with the chance of more snow.

Here’s a quick squizz at a couple of webcams, starting with Madonna di Campiglio in Italy – which has 50-120cm of cover, on-piste, depending on altitude. 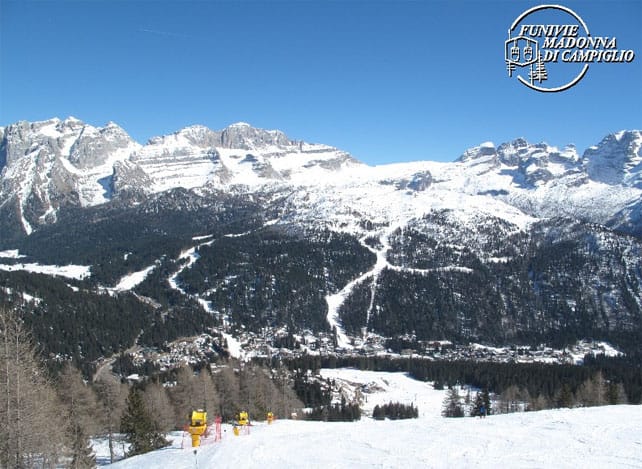 Pictured, below, is the view from Ischgl in Austria today. Here, the snow is 120cm deep on the higher slopes. 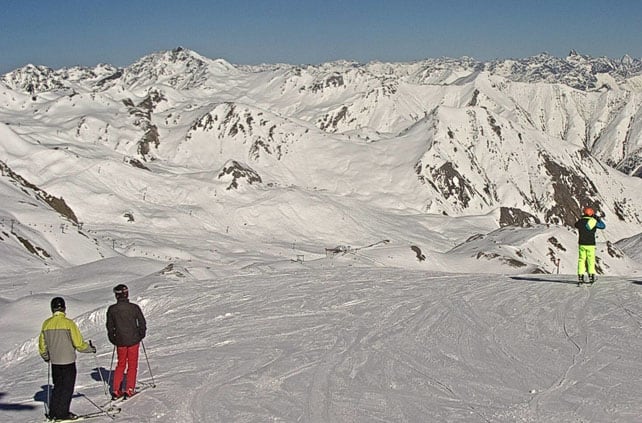 And this was the view from La Rosiere in France, towards the backside of Les Arcs in Austria. La Rosiere sees some of the heaviest snowfalls in the Tarentaise when storms come down from the north-west, and the cover is deep despite the warmth. On piste, there’s 148-210cm of snow, depending on altitude. 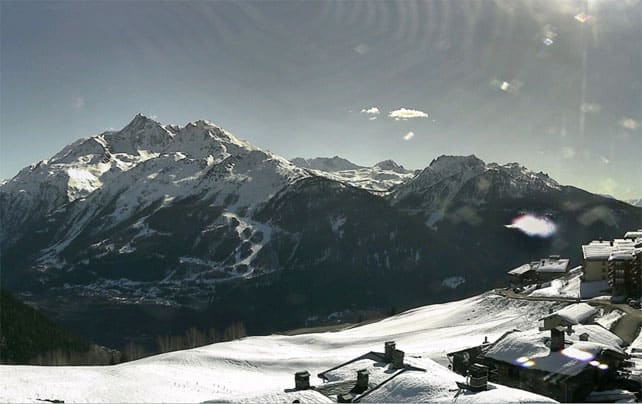 No Responses to “Dazzling Sunshine in the Alps, and a Chance of Weekend Snow”