This was Mount Hutt on the South Island of New Zealand on Saturday morning. The snow cannons were on. Winter approaches. 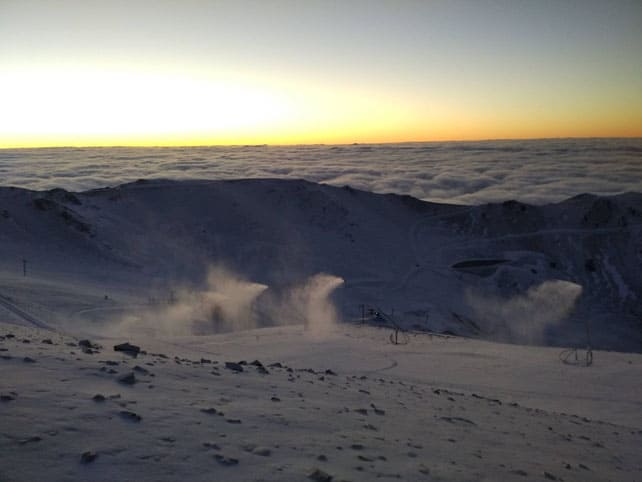 Skiing starts on Mount Hutt on June 9, and it should be the first South Island resort to open – closely followed by Cardrona and the Remarkables on June 10 (on the North Island, Happy Valley is due to open on June 3).

However, it looks as though Mother Nature will give New Zealand a winter preview long before that. NZ’s MetService is predicting a blast of Antarctic air in the second half of this week, “with occasional showers forecast to fall as snow to low levels over the lower South Island during Friday and Saturday.”

So it looks as though all the country’s ski resorts will be dusted white by next weekend.

That doesn’t necessarily mean they’ll be opening early. At this time of year the NZ climate can be very fickle. But all the same, local skiers will be stoked. Hopefully, the season will get off to a better start than in 2016.

Meanwhile, in the Andes, they’ve already had their first significant pre-season dump. Last week, heavy snow arrived in the resorts near Santiago, Chile.

This is how Valle Nevado in Chile looked on Thursday. 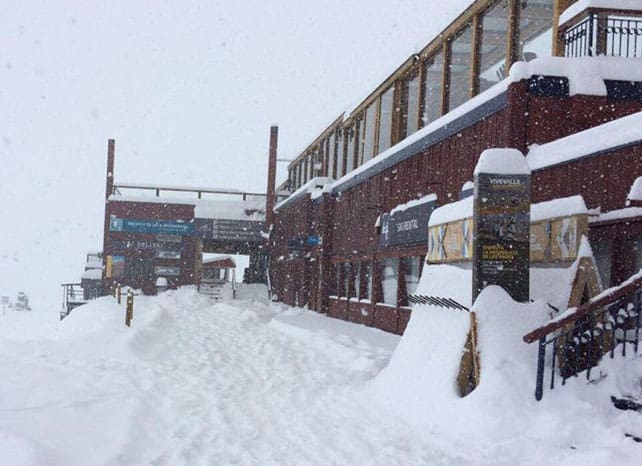 And this was the scene there this morning. 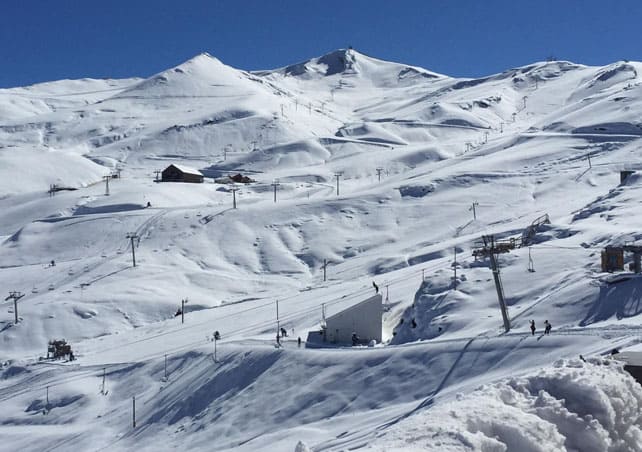 The resort is claiming up to 60cm of settled snow on its pistes, although it hasn’t yet announced an opening date.

In the Alps, the weather is about to warm up

In the Alps, the three weeks that followed Easter were – at times – spectacularly snowy. Here’s how high-altitude Hintertux looked on May 10, on a memorable day of powder skiing. 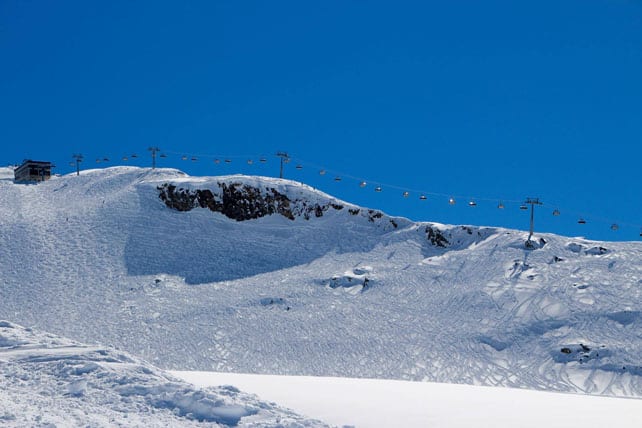 Now, finally, the weather is about to turn – and temperatures will jump. In both France and Austria the daytime freezing point will be well above 3000m for much of the week. A cooler, wetter spell is expected over the weekend, but spring conditions will be back shortly afterwards. With the summer season not far off, resorts will be glad to see the snow melting.

Here’s how Tignes in France looked earlier this afternoon. As you can see, there’s still a lot of snow around at altitude. The resort reopens for its summer season on June 24, with skiing on the glacier on offer till August 6 (although the cable car is shut this summer for repairs). 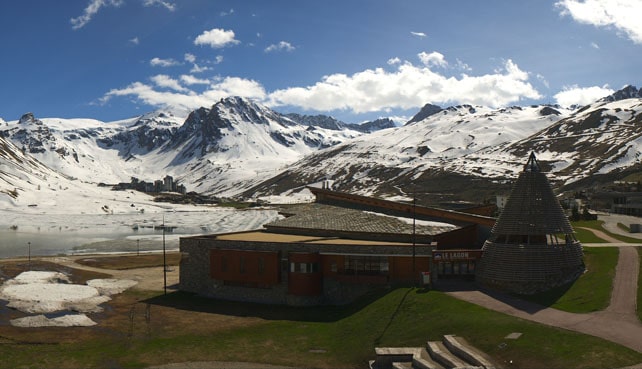 Diehard skiers will already know that skiing is still on offer in a handful of high altitude areas. In Hintertux and Zermatt the lifts are running all year (weather permitting). Meanwhile the Kaunertal glacier stays open till June 5, the Stubai till June 18, and the Kitzsteinhorn till July 23.

Several resorts besides Tignes will be opening for short summer-ski seasons, too. Val d’Isere opens on June 10, the Molltal glacier on June 15, Les Deux Alpes on June 24, and Cervinia on June 28. There’s more information in our guide to the best resorts for summer skiing.

By then the biking/hikng/climbing/running seasons will be underway too. For more on summer in the Alps, check out features such as our guide to the best summer resorts in the Tirol and the best mountain biking resorts, as well as our new feature on five ways to make your summer holiday brilliant in the French Alps.

No Responses to “They’re Already Making Snow in New Zealand”