Snow in the Alps on Friday and Saturday?

The weather charts for the Alps are being a terrible tease at the moment. The possibility of snow on Wednesday and Thursday this week has evaporated in a spell of Indian-summer warmth, and instead we’re expecting rain up to 3000m in parts of the region tomorrow.

Now, the possibility of snow has shifted to Friday and Saturday. It’s already showing in our snow forecast. But I don’t want to get excited yet, because it’s dependent on an area of high pressure and warm air shifting west into the Atlantic and letting a polar blast in from the north.

Here’s the chart for Friday from the European Centre for Mid-Range Forecasting, which clearly shows the shift. 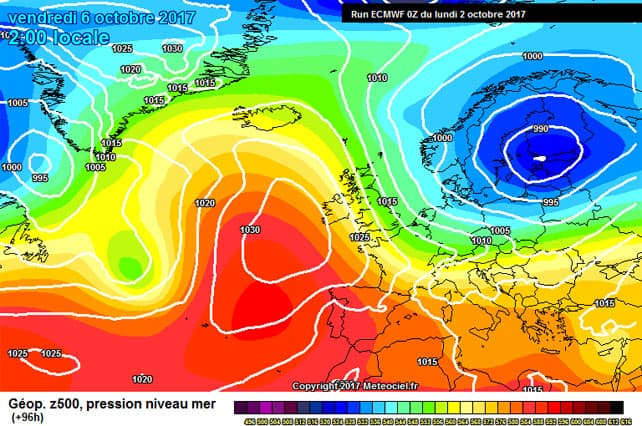 It’s too soon to be sure this westward lurch will be decisive enough. But if it is, it’s going to let in cold air from the north, and the Alps will get two days of snow as a result. The white stuff could settle down to 1700m in Austria. 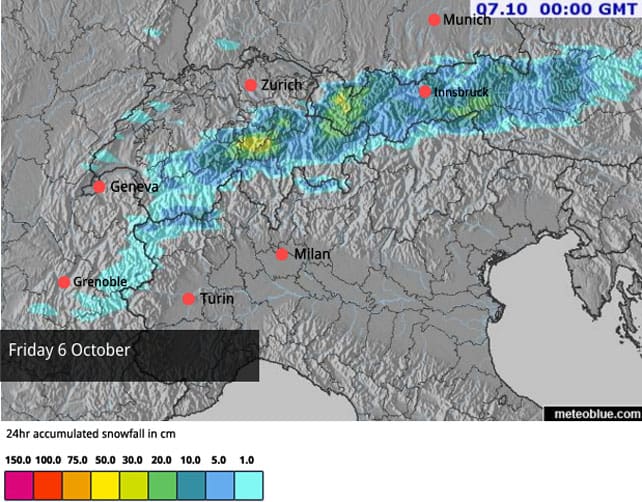 It’s something I’ll be keeping a close eye on, because I’m heading out to ski on the Hintertux glacier in the Tirol next week. Like all the Austrian glaciers, it had a memorable September, with frequent top-ups of snow, although it has generally been milder and drier up there over the last ten days. 31km of pistes are now skiable.

Here’s how it looked this morning. As you can there was a dusting of fresh snow up here at the weekend. 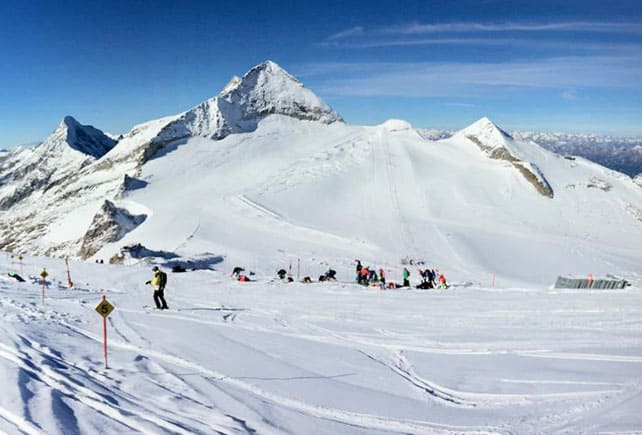 The next three days are going to see a thaw, with the freezing point up to 3800m on Thursday, so the quality of the snow will be affected. Fingers crossed the Friday and Saturday storm works out, and the cover is soft and wintry again when I arrive.

Of course, Hintertux isn’t the only glacier open at the moment. You can also ski on the Stubai, Pitztal, Kaunertal, Rettenbach, Motttal and (in Italy) Schnalstal glaciers, as well as above Saas-Fee, Zermatt and Les Diablerets in Switzerland. They were joined on Saturday by the glacier above Tignes in France, and the Kitzsteinhorn near Zell am See in Austria.

Here’s how the Kitzsteinhorn looked on the first day of the season. Not bad for the opening turns of the autumn… 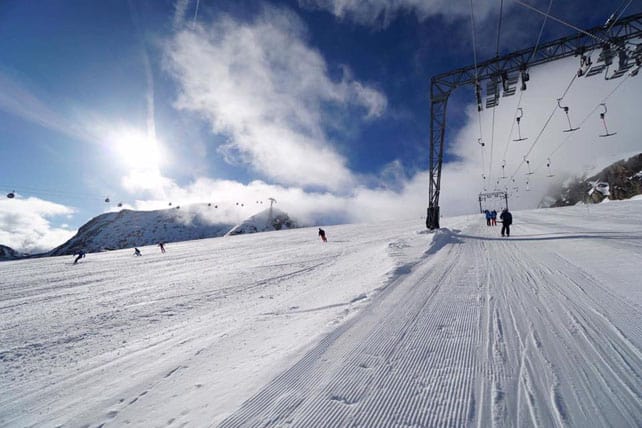 And this was Tignes at lunchtime today, just before clouds engulfed the Grande Motte. 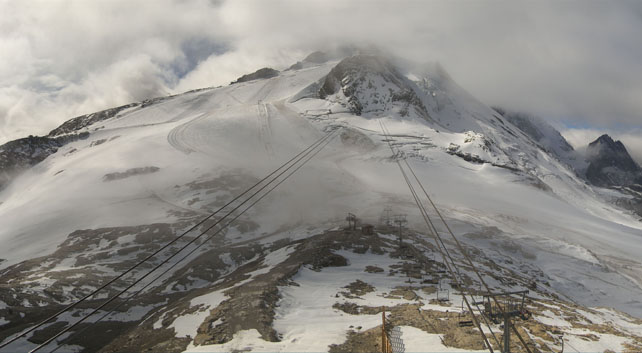 It’s worth noting that the high-altitude snow is currently deeper in the eastern Alps than in the west, because that’s where most of the September snow fell. But there’s no telling how October will play out. If you fancy an early-season burn yourself, check out our guide to the best early-season resorts, and remember that altitude is your best friend at this time of year.

Now, if you’ll excuse me, it’s time to get back to my ski fitness exercises…

No Responses to “Snow in the Alps on Friday and Saturday?”