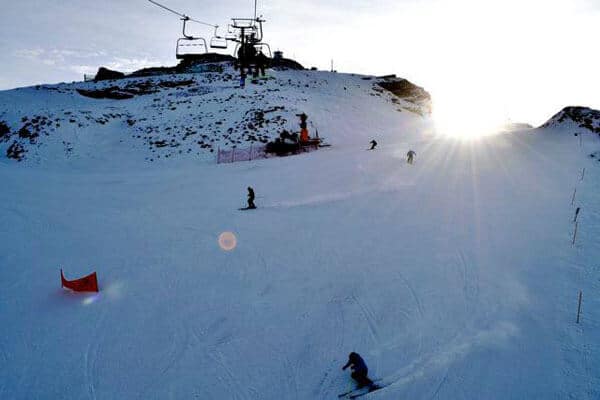 Skiing at Coronet Peak near Queenstown on Tuesday. The resort opened on June 8 for the season. Photo: © nzski.com

They’re up and skiing in the southern hemisphere! It’s a fairly tentative start to the season – but ski resorts are now open in South America, New Zealand and Australia. Most of the rest will be firing up their lifts between June 15 and June 29.

You wouldn’t say early-season conditions are exceptional anywhere just yet. There was good pre-season snowfall in both New Zealand and South America, but this promising start hasn’t been followed by any significant storms since our last snow report.

All the same, there was fun to be had on opening day in Valle Nevado in Chile, on Saturday – as the video below shows (bear with the boot-fitting malarkey at the start – there’s some good skiing later on). Currently Valle Nevado’s snow report records 20cm of settled cover on the pistes.

They’ll have to wait a while for their next powder today though – there’s no significant snowfall in the weather forecast until next Tuesday at least. 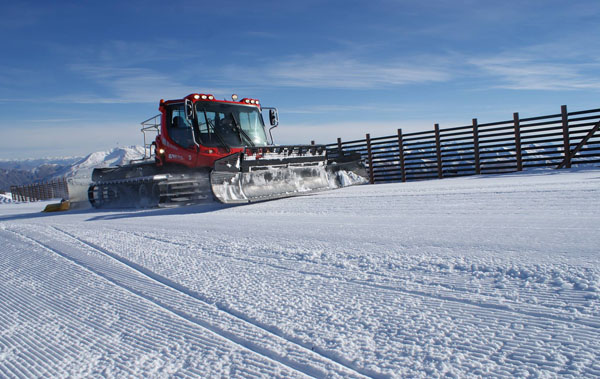 Grooming the trails at Mount Hutt, NZ, in anticipation of the June 15 opening. Photo: © nzski.com

Meanwhile over in New Zealand Coronet Peak, which also opened on June 8, reports 30cm of snow on the lower trails and 40cm higher up. However, it’s been a mild week, and is set to continue that way until a cold snap next Tuesday or Wednesday (check out the NZ Herald’s latest weather video for details). Mount Hutt will be the next key resort to open, on Saturday June 15 – and on the upper slopes there’s already 70cm of settled cover.

For more on the Kiwi resorts read our guide to the best places to ski in New Zealand.

Finally, in Australia, they’re quietly banging their heads against the wall, waiting for winter to come back. May was a promising month – cold and snowy – but the weather warmed up and Perisher in the Snowy Mountains of New South Wales opened last weekend with only one skiable trail. Natural cover is almost non-existent – but snow showers are expected over the weekend, and temperatures should drop decisively next week.

In the Alps, it’s summer at last

As anyone who followed our snow reports in May will know, it was a very weird spring in the Alps. Now, finally, summer has arrived. Up on the Hintertux glacier today, at 3000m, the temperature was +8C. Down in the valleys of the French Alps Meteo Chamonix is predicting highs of +30C or more at the weekend.

Temperatures like this are going to melt the snow even on the glaciers – but with well over a metre having fallen in May, they are well-equipped for a long thaw (Hintertux has 345cm of settled snow on its pistes at the moment). The Pisaillas glacier above Val d’Isere is now open for summer skiing, joining Zermatt, Hintertux, and the Stubaital as summer glacier-skiing destinations. More resorts will be coming on stream over the next month: Les Deux Alpes on June 21, the Kitzsteinhorn on June 28, Tignes on July 15 and Saas-Fee on July 27.

Here’s how it was looking on the Hintertux glacier this afternoon. 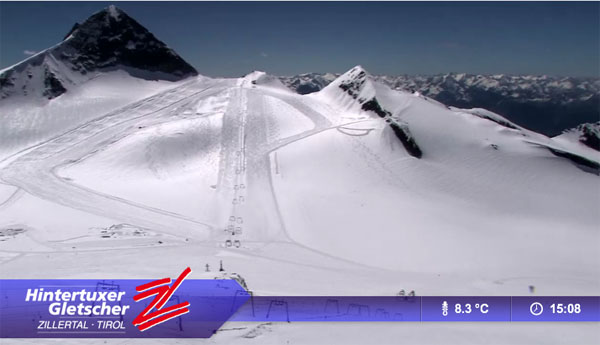 The Hintertux glacier in the Tirol – walloped by snow at the end of May, but now basking in summer sunshine. Photo: © tux.at

And this is the scene lower down. Something approaching summer at last… 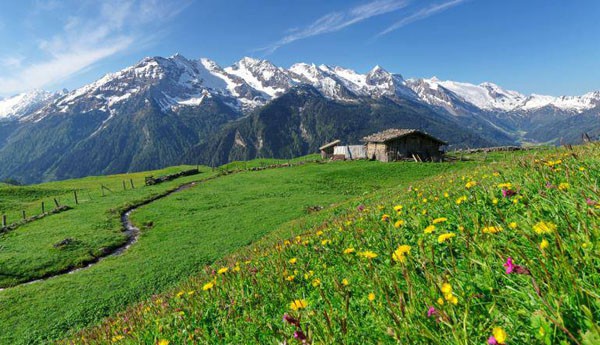 Meanwhile, beneath the snowline… Photo: © Facebook/hintertuxer.gletscher