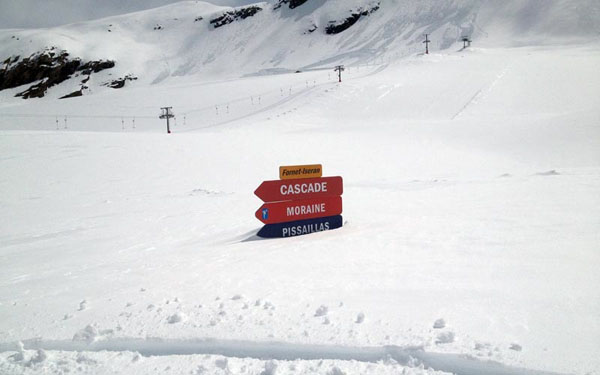 Well – what a month May was. As you’ll have seen from our snow reports – on May 24 and May 30 – the weather got pretty weird last month, and brought over a metre of snow to the upper slopes of many resorts in the Alps. For a while Verbier in Switzerland even considered opening its lifts for some June 1 skiing – and one resort in the Pyrenees actually managed the trick. Porte Puymorens opened last weekend with four skiable pistes, despite the murky weather.

Lower down, there were some torrential downpours – which brought flooding to the eastern end of the Alps – and the mix of snow and rain created some disturbing effects. Check out this wet-snow avalanche near the Höttinger Alm, above Innsbruck on June 1.

There have been some unusual problems for the glaciers too. The picture at the top of the page was taken on the Pisaillas glacier in Val d’Isere in the middle of the week. The glacier opens to skiers on Saturday, but it’s not certain the Col de l’Iseran access road will be cleared by then. This is how it was looking on Monday. 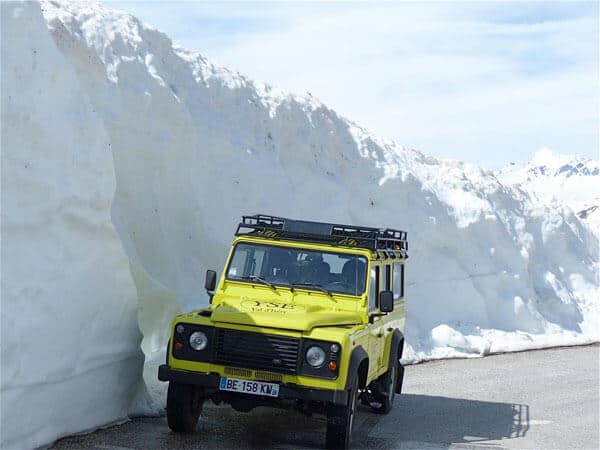 The first bend of the Col de l’Iseran road, above Val d’Isere on June 3. Photo: © yseski.co.uk

The resort has decided instead to get the skiers up to the glacier using two lifts. Meanwhile, the Kitzsteinhorn glacier in Austria is closed because of the “acute avalanche risk”.

Of course, several glacier ski areas have been running since winter – including the Stubai and Hintertux glaciers in Austria, Zermatt in Switzerland and the Presena glacier above Passo Tonale in Italy. Needless to say after all the recent snow, conditions are superb. However, temperatures are now rising to seasonal norms and it looks as though there will be rain on Sunday – which is going to be heavy in France and Italy. For a time, it may fall as high as the glaciers: so please don’t assume the good snow will last forever.

A handful of other glaciers will be opening as the summer progresses. Above Les Deux Alpes, the excellent summer-skiing scene gets going on June 22, and in Tignes you’ll be able to ski again from July 15. Meanwhile, in Switzerland, Saas-Fee’s glacier opens to skiers on July 27.

In the Southern Hemisphere, the first lifts will start spinning on Saturday 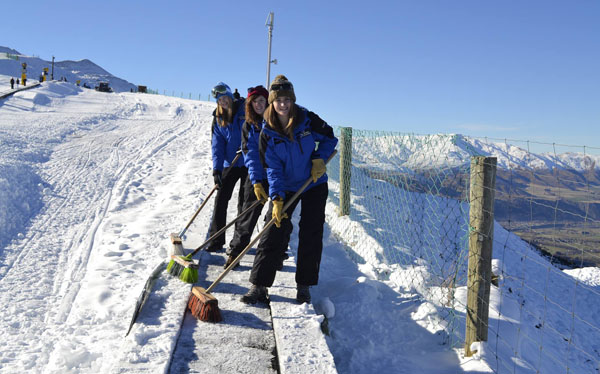 On the other side of the planet, the first resorts are racing towards their opening days. In New Zealand, Coronet Peak opens ahead of its rivals on Saturday, with some very decent early-season conditions – thanks to snow last week and a 20cm top-up on Sunday night. In Chile, Valle Nevado has pulled its opening date forward three weeks thanks to a couple of big snowstorms. And in Australia, Perisher is due to open this weekend too: although the early-season conditions are rather less exciting. Despite snow in May, the past week has been warm, and the resort is offering only a smidgin of groomed piste for beginners, along with a mini-terrain park, and scenic chairlift rides… It’s a far cry from the cracking start to winter the Australian resorts had in 2012.