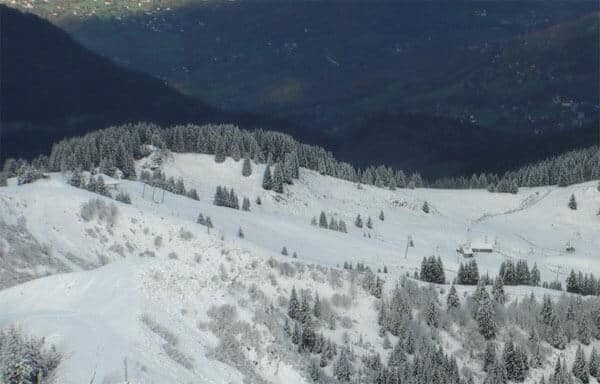 A classic autumn view: the slopes above Samoens this morning. Photo: © grand-massif.com.

November has got off to a cracking start in the Alps – with fresh snow across almost the entire region, and more promised in the Alpine snow forecast tonight and tomorrow.

That said, it’s not looking as wintry as it was when we published our last snow report. A week ago, it seemed more like January than October in some places – with over half a metre of fresh snow above several central and eastern resorts. It’s still pretty deep at altitude, but below about 1800m there was a significant thaw at the end of last week, accompanied by rain. That’s pretty normal for the autumn, of course. If you’re looking for reliable skiing, you’ve got to aim for the glaciers.

Up there, conditions are now excellent. On the Hintertux glacier, for example, there’s now a metre of settled of snow on the pistes, and 50km of prepared runs. Meanwhile, over in Saas-Fee in Switzerland, the snow on the Allalin glacier is up to 199cm deep. Once the skies have cleared, anyone lucky enough to be skiing there is going to have a ball.

Here’s a quick survey of the webcams this morning from across the region. 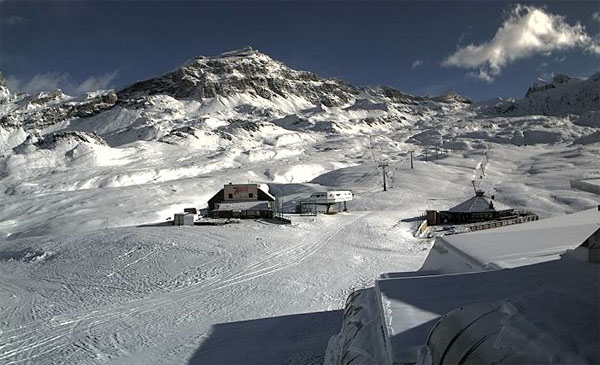 The Plan Maison mid-station above Cervinia today, November 5. The cover looks fantastic – but actually the snow isn’t deep enough yet to allow skiing down to the this level. Photo: © cervinia.it 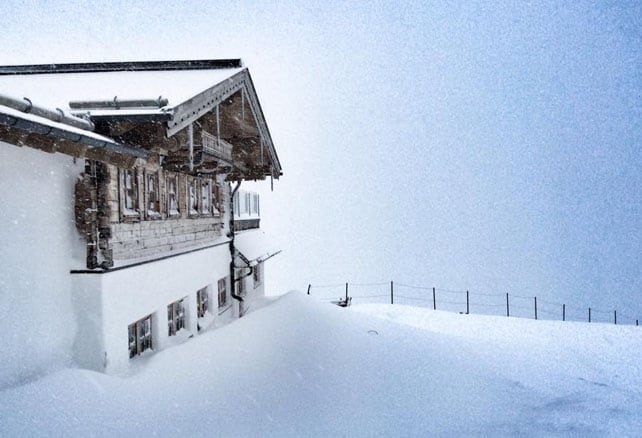 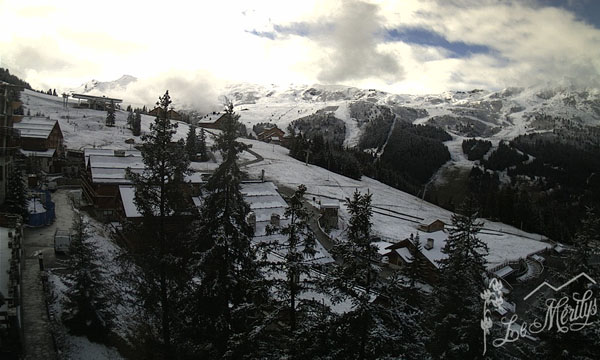 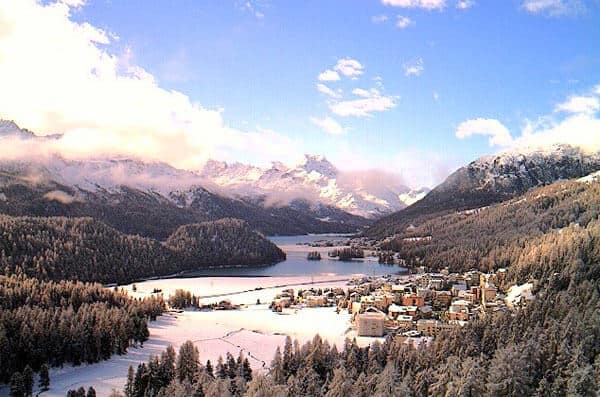 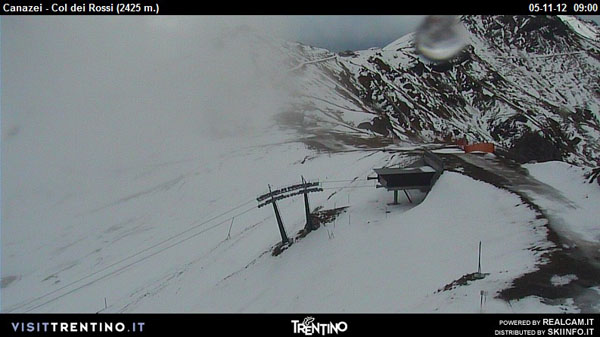 The slopes above Canazei, in the Italian Dolomites November 5. Photo: © visittrentino.it

Can we talk yet about a good start to the ski season? Well, it’s starting to look that way up in Scandinavia. Are, Sweden opened one lift for a sneak-preview of winter this weekend – and today skier David Kantermo shot some pretty nifty footage up on Åreskutan, which dominates the resort…

Temperatures up there are set to be cold all week, and they are making snow again today. If the weather continues in this vein, there will be another pre-season opening at the weekend.

Meanwhile in Verbier, Switzerland, there was skiing at the weekend too. And if you’re keening for the snow, then I advise you NOT to watch the Canal 9 news report from Saturday. It hurts…

But for the Alps in general I’m afraid it’s still too soon to starting talking up the early season. There are signs that mild weather will return at the weekend, with snow-eating foehn winds expected from the south. At altitude, the thaw shouldn’t be too severe, so the glaciers will still be fun to ski. There should also be decent cover, on piste at least, at the high-altitude resorts scheduled to open in November, such as Obergurgl (November 15) and Val Thorens (November 24). But this is no time to be booking a low-altitude resort in the weeks before Christmas. Wait to see how the next three weeks pan-out and then start hunting around for late-booking deals.

Over in North America, the autumn has taken on a similar mild-cold-mild again character. Ten days ago in Colorado everyone’s tail was up, and it looked as though the November 2 openings of both Keystone and Copper Mountain were going to be conducting in cold, snowy weather. Then it warmed up again, the natural snow melted back, and both resorts were heavily reliant upon snow cannons for their cover for the first weekend of the season. It looks as though it’s going to be mild for most of the week, too – before temperatures drop back on Friday and snow returns on Saturday. Just in time for the opening of Breckenridge on November 9. 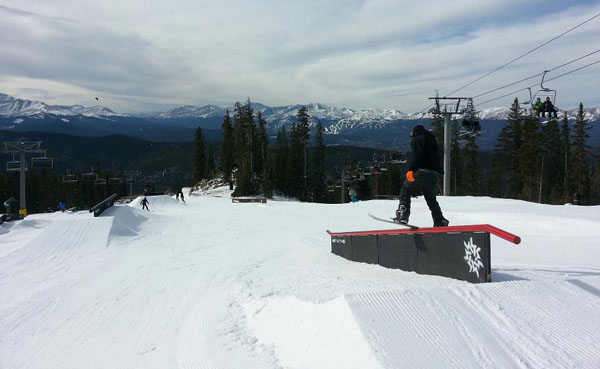 Up in Canada, Lake Louise and Sunshine Village in Banff National Park are also scheduled to open on November 9. Yesterday was mild, but it’s likely to be good and cold from Tuesday onwards with a few snow flurries about – and plenty of opportunities to run the snow cannons. The pistes should be in excellent condition for opening day as a result.

No Responses to “Snow Report, November 5”