Here Comes the Next Snowstorm

Crikey, Snowfiends, I can’t remember a start to winter with such busy weather as this. It just keeps on changing.

The difference so far between November and December is that last month was more consistently cold and snowy. This month we’re seeing more frequent mild spells – and there’s another one coming at the weekend, which will last into next week.

Before then, however, a powerful weather front will muscle into the western Alps – and drop nearly a metre of snow in parts of France, 50cm in western Switzerland and 30cm in Austria’s Arlberg.

Here’s Meteoblue’s 24hr snow forecast to 4am on Saturday, which gives you an idea how intense it will be in the west. 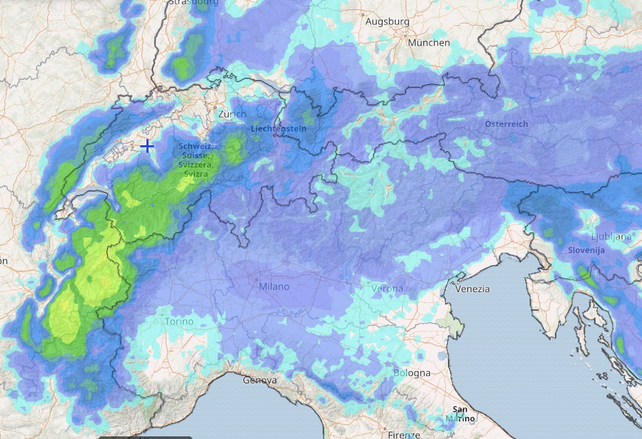 Meteoblue’s 24 hour snow forecast to 4am on Saturday. Image: meteoblue.com

The first response is of course – Hallelujah. But there are a couple of caveats. The first is that this is one of those weather systems which warms up as its swirls, eventually dragging in air from the south-west on Saturday. So the freezing point is going to jump – from 1300m in the French Alps on Friday, to 2300m on Saturday. It will be raining for a time up to 2000m. That’s bad news for the lower resorts, though the precipitation should loose some of its intensity as the thaw takes hold.

The second caveat is that the snow cover off-piste is currently very variable. There’s a freeze-thaw crust on sunny slopes and wind slabs higher up, and the new snow on top of these hard-packed surfaces is going to be unstable. Great caution will be needed if you’re tempted to leave the groomed and waymarked pistes. (In fact, as I’ve been writing this, MeteoFrance’s avalanche-warning service has posted avalanche risk levels at 4/5 as the storm approaches, which precludes all off-piste skiing.)

Where will this new snow leave us? Pretty much as we were already. The overall picture is very good, given it’s only December 12. There’s extensive snow cover right across the Alps, from Canazei to Courchevel: but snow on the lowest vally runs is thin.

Up high, by contrast, the cover is excellent, and will continue to improve thanks to the coming storm. However, it will be avalanche-prone across the northern Alps for several days. Amongst those resorts with deep early season cover are Obergurgl, Val d’Isere, Tignes, Cervinia and Zermatt.

Stay as high as you can if you want to ski soft, cold, wintry snow. 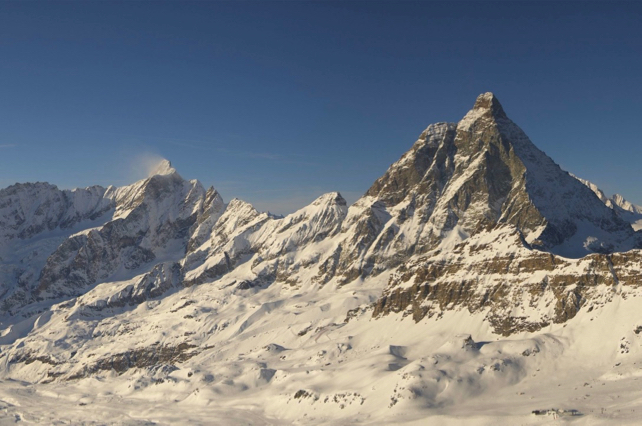 Monte Cervino (aka the Matterhorn), this afternoon, seen above Cervinia. Photo: cervinia.it

No Responses to “Here Comes the Next Snowstorm”