More Sunshine in the Alps: More Snow in the Rockies 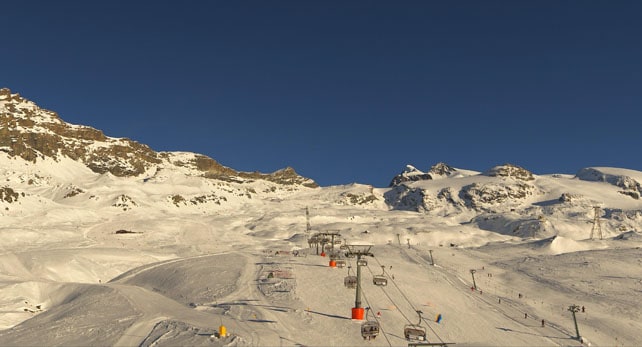 High-altitude resorts such as Cervinia are the best place to be right now. Photo: cervinia.it

In the Alps, the skies are clear, and warm air up is wafting in from the south-west. Temperatures have risen sharply as a result. In the French Alps, the daytime freezing point is up to 3200m, and in Austria it’s at 3100m. It’ll get even warmer at the weekend.

High pressure looks set to dominate the weather until at least the middle of next week; although it will drift westwards a touch. This should let in a cold northerly wind in the east on Monday, forcing the mercury down sharply in Austria (the daytime freezing point should drop to 1400m). There may even be a dusting of snow there.

In the west temperatures will drop back too, though the change won’t be so pronounced.

In other words, the muted start to the Alpine season continues. As regular Snow Report readers will know, there’s already lots of snow up high in the western Alps, as a result of the storms of November 6-11 and November 21-25. In the south-western Alps (ie the southern French resorts and Piemonte) there’s snow at lower elevations, too. But elsewhere resorts are heavily reliant on their snow cannons for coverage. Below about 2200m, pistes are ribbons of white against the grass.

Here’s how it’s looking this afternoon in two of the winners in the recent snow lottery. Pictured below is Bardonecchia in Italy, which has 20-160cm of settled snow across its pistes. It’s opened earlier than scheduled but will close again on December 11. 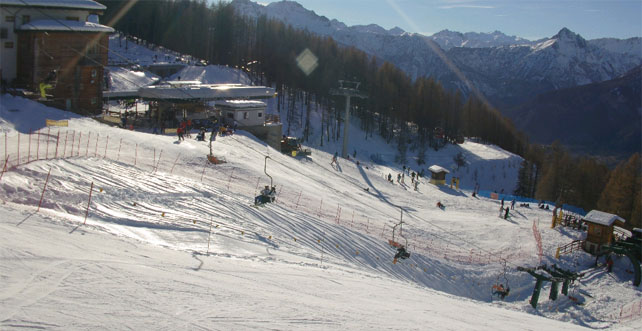 And this is the Solaise above Val d’Isere, where I was skiing last week. No shortage of snow up here… 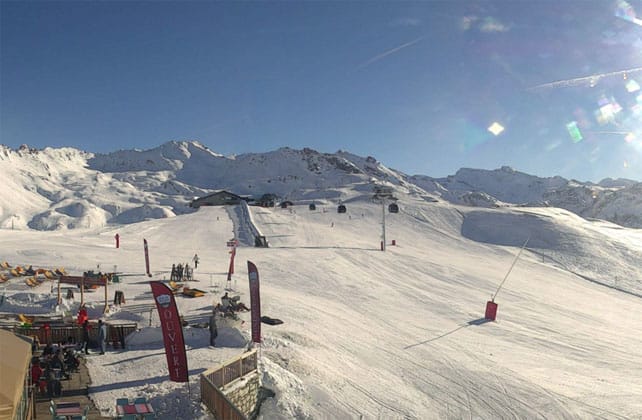 But even in the less favoured resorts you can still ski. Modern ski areas can produce huge stretches of piste even if there’s no natural snow – provided it’s cold enough to run the snow cannons. Fortunately, the last ten days have been near-perfect for that. In Italy’s Dolomiti Superski area, for example, a staggering 622km of pistes are skiable, even though Mother Nature has only dusted the higher peaks. 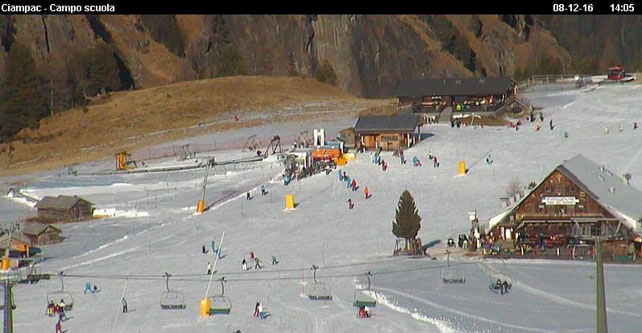 And this is Courchevel, which along with Meribel, St Martin and Les Menuires in the Three Valleys, opens for the season on Saturday. At the top of the resort the mountains are white, but lower down the cover has come from the cannons. 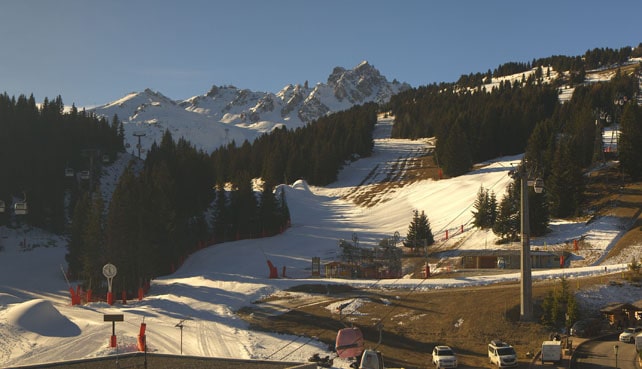 Thank goodness this really warm spell won’t last beyond the weekend – because in the lower resorts it will shut down the snow cannons altogether. Even in the village of Val d’Isere at 1850m, a high of +9C is expected on Saturday, which will probably be the warmest day. In the lower resorts of France, the daytime high will be more like +12C.

What’s next? We can’t be sure. From the middle of next week the mid-range forecasts disagree sharply. Some predict continued sunshine and another mild spell, but today the ECMWF has suddenly become more skier-friendly in its outlook. Here’s meteociel.fr’s current ECMWF chart for Sunday December 18 (though it’s important to remember this is only a hypothesis at this stage). 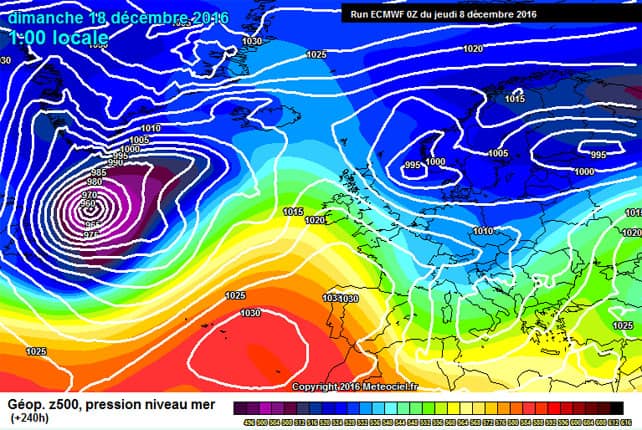 Note the huge blob of warm air over the Atlantic. If it does snow, we may get another mild spell to follow.

In the meantime, we’ll need to keep sacrificing the chickens and keep our eyes on the forecasts. At this time of year, the weather can change dramatically overnight, so there may yet be deep snow at Christmas. But we can’t be sure of it. If you’re still planning a last-minute dash to the Alps it’s safest to aim high: or hold off booking a bit longer in case the ECMWF’s cold snap materialises. 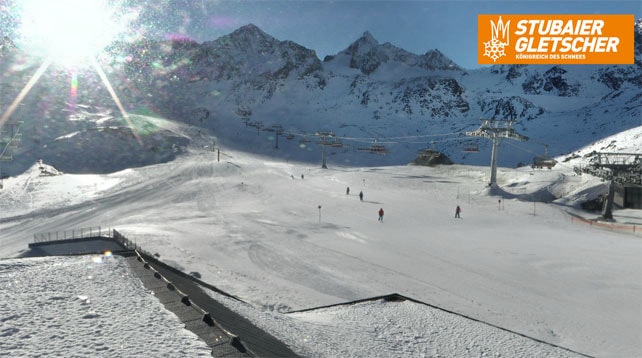 Don’t forget the glacier ski areas: this is the Stubai. Photo: stubaier-gletscher.com

In Colorado, Vail has had 20cm of snow since Tuesday, and Aspen 25cm. What’s more, according to local snow guru Joel Gratz, “A flow of moisture from the Pacific Ocean will bring snow to most Colorado mountains for most of the next 10 days.”

Here’s how it looked in Vail yesterday. 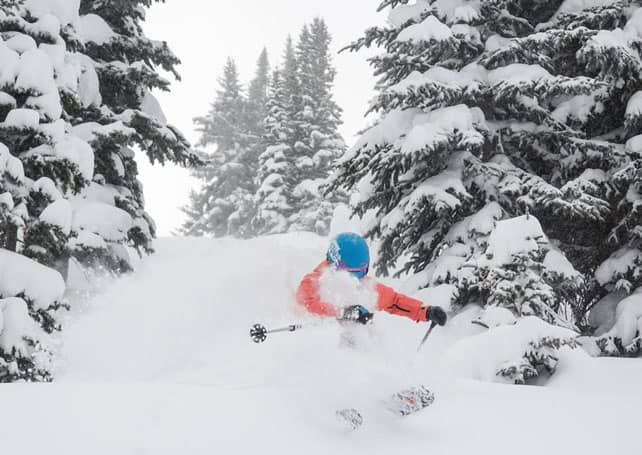 The only problem is that it’ll be milder than usual, and so at times the snow will be wet and heavy; but Gratz thinks colder, light snow will also be part of the mix.

No Responses to “More Sunshine in the Alps: More Snow in the Rockies”