A Mad Week of Weather in the Alps

Crikey, Snowfiends: the mercury will be bouncing about all over the place in the Alps this week.

Yesterday it puked snow in the western and northern Alps. 30-50cm of the white stuff fell in parts of France, 20-40cm in the Swiss Alps and more than half a metre above the treeline in the Arlberg in Austria.

Here’s how it looked yesterday in Val d’Isere. 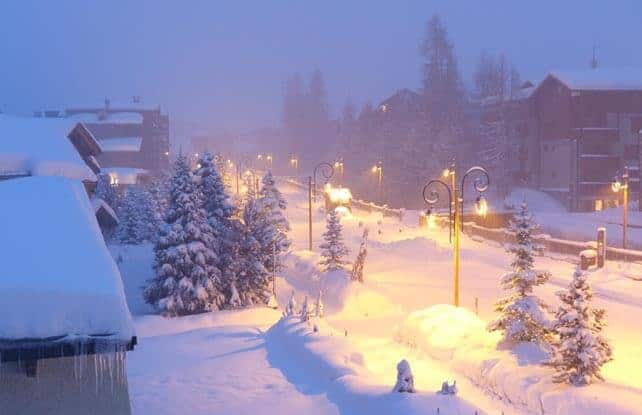 Then, yesterday afternoon, it warmed up sharply and started to rain: up to 2200m in many places. It wasn’t a light drizzle, either, and the snowpack below this level is now thoroughly wet and heavy – and pretty much unskiable, off-piste.

Now, the skies are clearing and the mercury’s going to jump even higher. For a time in France today the freezing point is going to hit 4000m: which is the kind of level you’d expect on a warm day in May – not February 1.

In the east it’s going to be a little cooler, but not much. The freezing point is likely to hit 3300m in Austria, which is above the top lift station pretty much everywhere.

It will start to cool down again tomorrow: but not before the new snow on almost every slope, at every altitude, will have been affected by the blast of warmth. You’ll have had to ski high, in the shade, first thing this morning to have had any chance of finding light, cold and wintry snow. Oh yes, and at altitude the avalanche risk is currently very high, so don’t even think about skiing off-piste.

Fortunately, there’s more snow in the forecast on Wednesday and Thursday, and it will be accompanied by a sudden drop in temperature. The freezing point will be down to 1000m for a time, and light to moderate accumulations are expected across the northern Alps – down to village level in almost every resort. 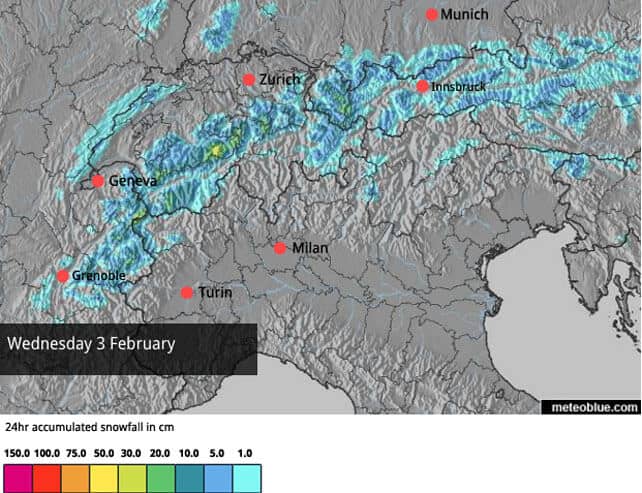 And then, guess what? It’s going to warm up again. Fortunately the next thaw should be short-lived but for a time on Friday we can expect the freezing point to jump back to 2500m, so once again the snow will get wet and heavy on sunny pistes at unseasonably high altitudes; before – hopefully – we get a more extended spell of wintry weather at the weekend.

It’s too soon to be certain of this, but here’s one cause for hope – courtesy of the European Centre for Mid-Range Weather Forecasts map for Monday, as shown on meteociel.fr. 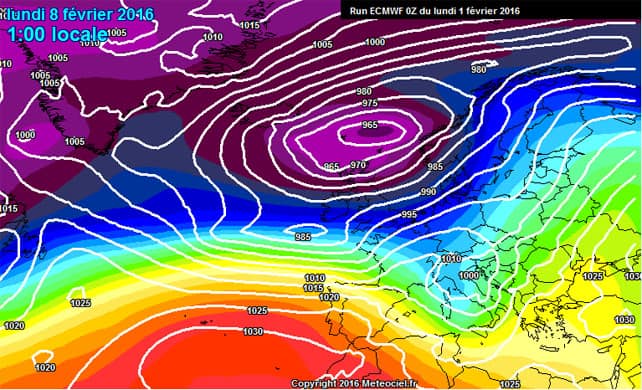 Italy, by the way, has missed out again on almost all the precipitation, but as I said in my snow report last Thursday, the snow-making crews have done a magnificent job of making up the shortfall this winter (this thought was seconded by one of our readers, Bill Stearn, who’d just had good piste-skiing in Champoluc and Pila). Off-pisters and ski-tourers are chewing off their arms in frustration, but most piste-skiers are skiing an even and reliable covering of snow, despite Mother Natures niggardliness.

Here’s how it’s looking today in Andalo in Italy, where I was skiing last Thursday. 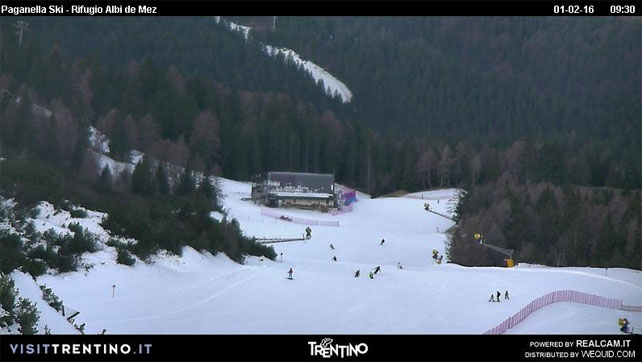 Here’s how it’s looking at the top of the slopes in Courchevel this morning. 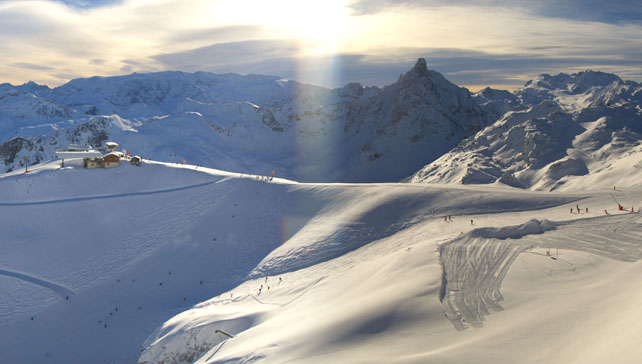 Pictured below was the scene, mid-mountain in Serre Chevalier earlier this morning. 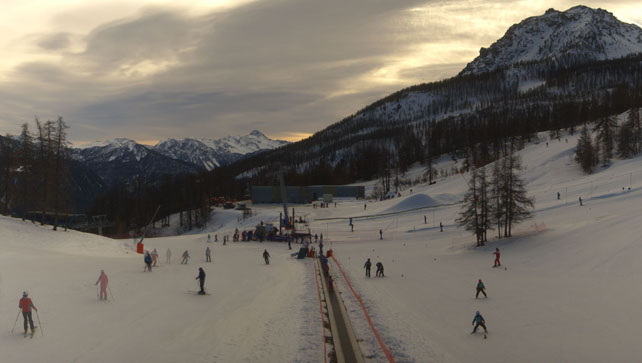 Below is the Swiss side of Ischgl’s ski area earlier today. 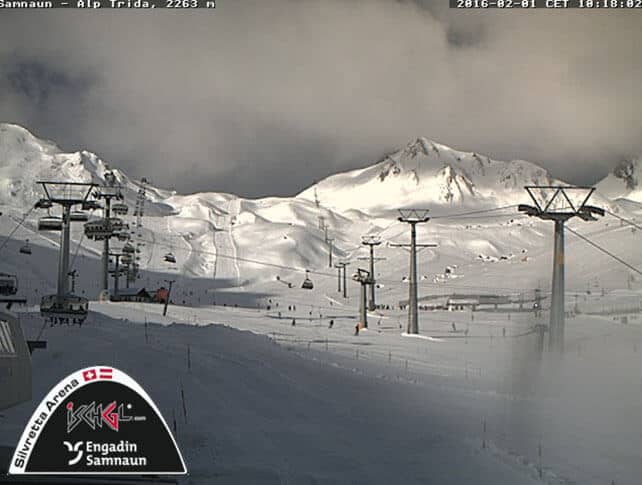 And this was Verbier… 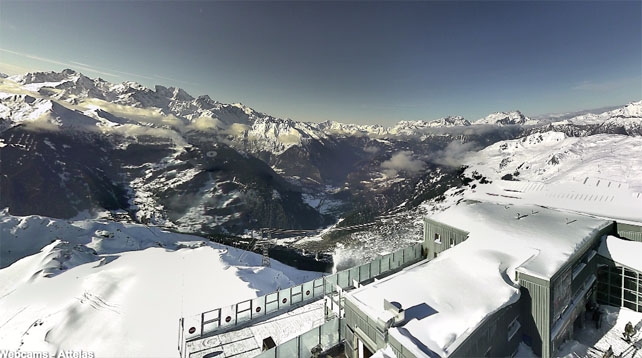 Meanwhile, in America and Canada…

The western resorts have just had a busy weekend of snow. Yesterday, Jackson Hole in Wyoming reported 53cm of mid-mountain snow in two days, Wolf Creek in Colorado had had 48cm, Snowbird in Utah and Kirkwood in California 43cm, and Breckenridge in Colorado 33cm. Meanwhile, up north, Whistler was claiming 25cm.

This was Jackson Hole on Saturday. 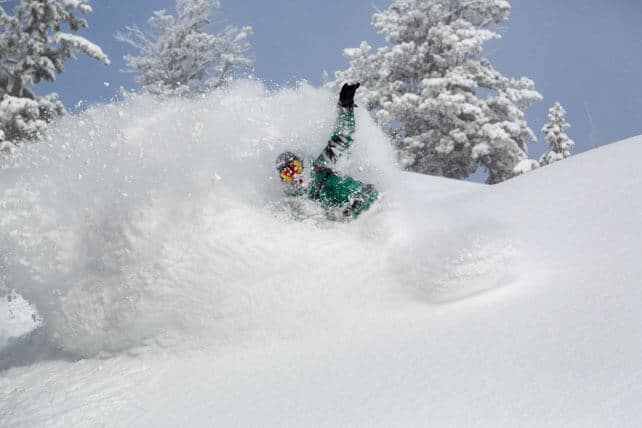 This was Breckenridge on Sunday.

And this was Snowbird. 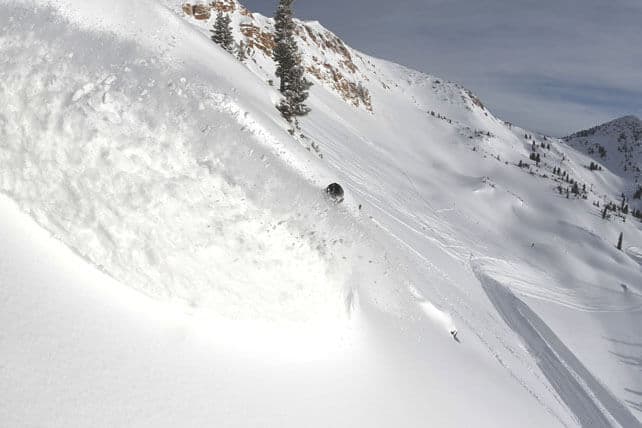 However, it looks as though an extended spell of sunny weather is going to settle over the region for the rest of the week.

No Responses to “A Mad Week of Weather in the Alps”