Up to 80cm of Fresh Snow in Austria 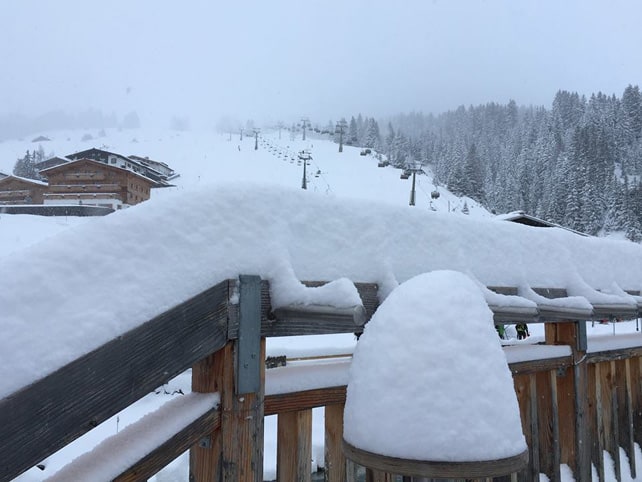 At last, winter is properly underway – in Austria and Switzerland at least.

As forecast, heavy snow fell in both countries on Wednesday and Thursday. Temperatures plummeted too, so that there were significant accumulations in the valleys as well as up high. It’s worth remembering that away from the pistes this snow often fell on exposed grass or rocks, and in places off-pisters will find themselves scraping through to whatever lies beneath (they’ll also be dealing with treacherous avalanche conditions). But still, it’s a significant step forward.

Among the areas which did particularly well are Warth, at the northern end of the Austrian Arlberg (which had 80cm at resort level from the storm), the Nordkette above Innsbruck (which reported 70cm yesterday morning, even before the snow had stopped), and the Hintertux glacier (which reported 50cm of new snow yesterday morning). But pretty much everywhere in Austria and eastern Switzerland did well.

Here’s an idea of how deep the snow was on the Hintertux yesterday. 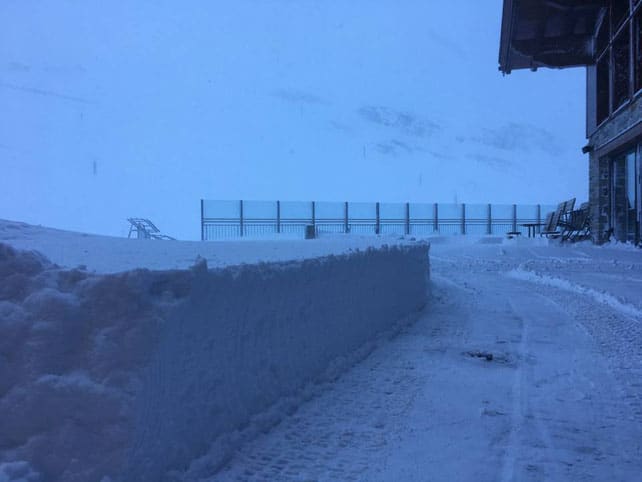 This was what it was like to ski the powder in Laax this morning. (The Swiss resort had about 40cm of snow from the storm.)

And this was Saalbach first thing. 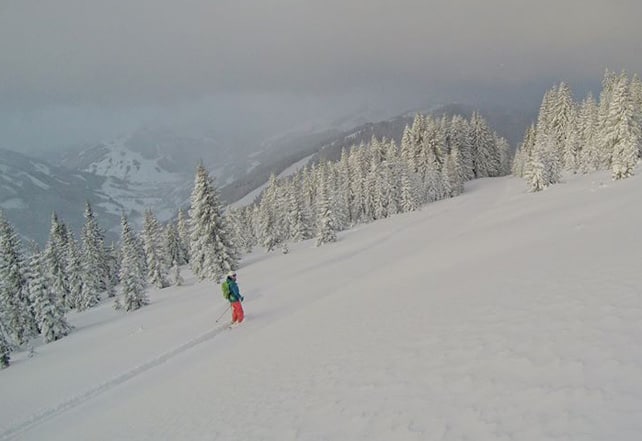 The sun’s out now – and it’s coooold. The top daytime temperature in many resorts won’t get above -10C. Tomorrow will be sunny and then on Sunday…more snow! Though it won’t be so heavy this time. 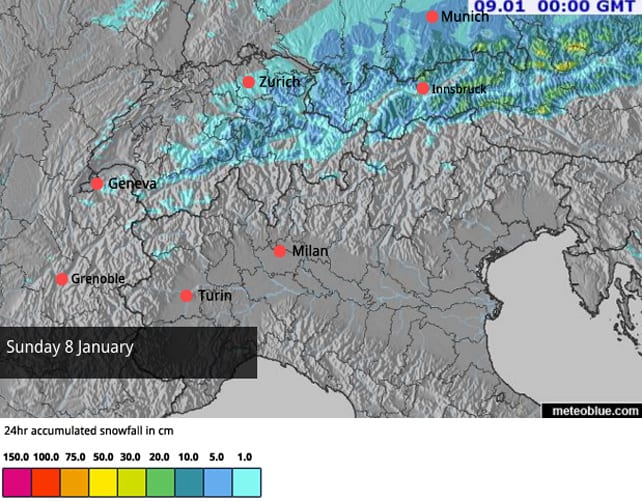 In western Switzerland and parts of the French Alps it was snowing, too. There was slightly more than I was expecting – but still it was much lighter than in the east. Brevent, above Chamonix reported 15cm, and there was 5-10cm across other northern resorts. Here’s how it looked in Arc 1950 yesterday. 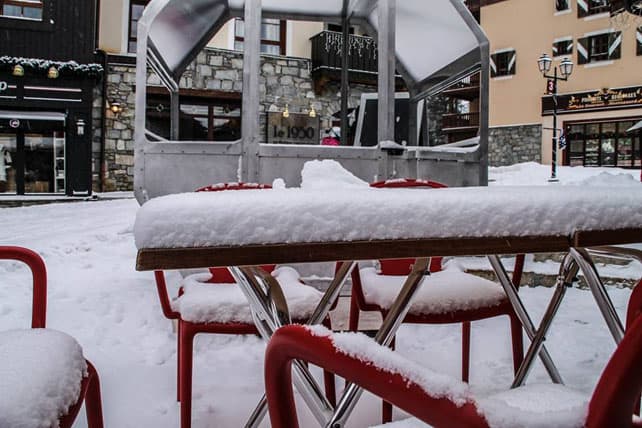 It’s not been enough to do more than freshen the pistes, and lift everybody’s spirits: but the good news is there are signs of more widespread snow – which should reach the French and Italian Alps in the second half of next week. Fingers crossed!

The ski resorts of California have just had one of their epic storms. Around Lake Tahoe, 170-220cm of snow fell in four days. Here’s how it looked in Squaw yesterday, which notched up 210cm from the storm… 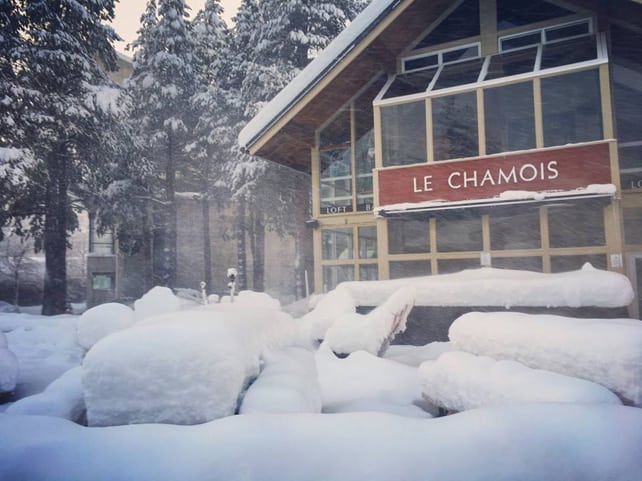 In the short term, the next phase of weather looks nasty – heavy rain is forecast for Sunday, up to 2700m – which is above the top lift in many resorts. But this will be followed by a return to winter temperatures, and more snow next week.

There’s been heavy snow inland, too: 25-75cm in Utah and 17-50cm in Colorado. More is expected next week, after a sharp but short-lived thaw.

This was Steamboat, Colorado yesterday – with half a metre of powder on the slopes.

And this was what 68cm of powder looked like on Beaver Mountain in Utah. 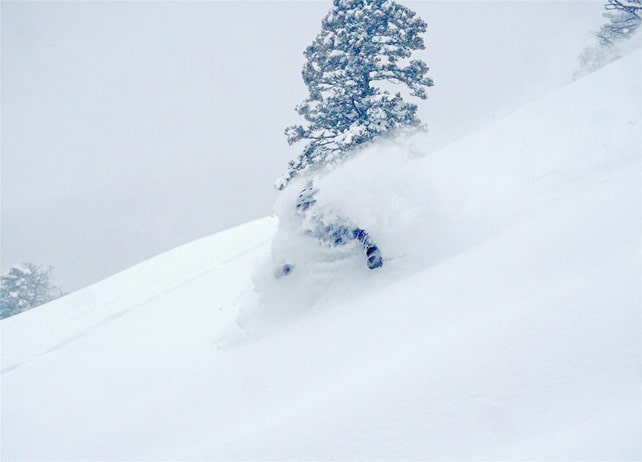 2 Responses to “Up to 80cm of Fresh Snow in Austria”