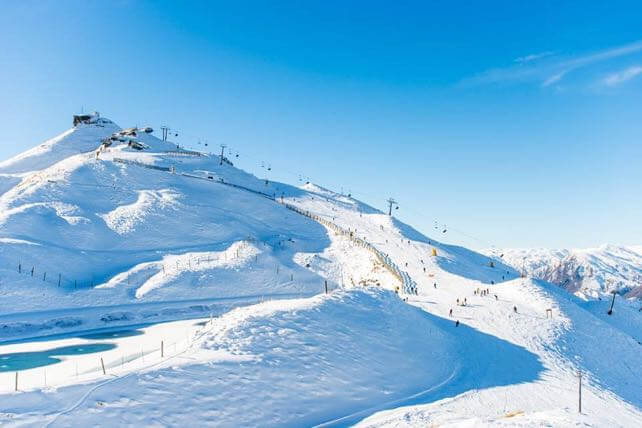 Two of New Zealand’s ski resorts were open at the weekend – a fortnight ahead of schedule. Thanks to heavy snow in the second half of May, the lifts were spinning at both Coronet Peak and Cardrona on June 2 and 3 for a special winter preview. Skiing was also on offer at the smaller Manganui skifield.

Both Coronet Peak and Cardrona have now closed again, but they’ll be opening full-time on June 16. Before that, both The Remarkables (June 7) and Mount Hutt (June 8) will be raising the curtain on their seasons – and at the former the cover is already 62-83cm deep on-piste. It’s an exciting start to winter on the South Island, whose climate often delivers frustratingly mild weather at this time of year. With more snow in the forecast tomorrow and Wednesday, it looks as though Mother Nature is feeling more cooperative in 2018. 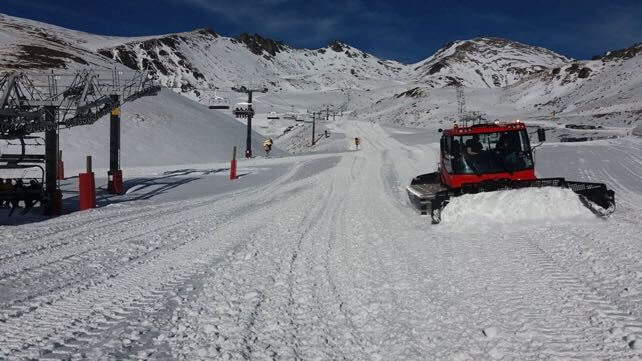 You couldn’t say the same for the Snowy Mountains of Australia. There was promising snow here too a few weeks ago, and another dusting on Friday – but this week milder weather, accompanied by rain, has pegged back the preparations. Perisher in New South Wales is due to start on June 9, but at the moment it looks as though it will struggle to open many skiable pistes.

They’re skiing again in Val d’Isere! Just over a month after the resort shut its lifts down at the end of “winter”, the pistes are open again for summer. And for the first time in the resort’s 82-year history, its using using winter slopes on the Rocher de Bellevarde, rather than the glacier run at the top of the Col de l’Iseran. That’s a result of the gargantuan amounts of snow that fell here during the winter. There’s so much of it left on the slopes that the snow-clearing teams haven’t managed to open the road over the Col de l’Iseran yet. 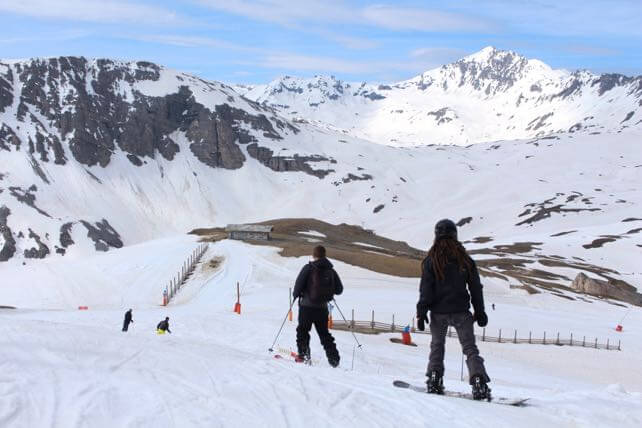 Val d’Isere isn’t the only place to ski at the moment. Both Zermatt in Switzerland and the Hintertux in Austria are open all year, and a handful more will be joining them over the next couple of months for the summer skiing season.

But of course, most people in the Alps want to get out on their mountain bikes, or onto walking trails or trail-running routes. In some resorts, the new season is already underway. Kitzbuhel, for example, opened its hiking trails on May 31 last week. Many more will follow suit over the next four weeks. However, the region isn’t enjoying vintage summer weather this week. It’s warm enough. The daytime freezing point will be around 3600m across the region. But it’s also rather muggy, with storms developing each afternoon.

We all know how beautiful the region will be when once the weather settles down again. Pictured below was a yoga group on the Kitzbüheler Horn at the weekend… 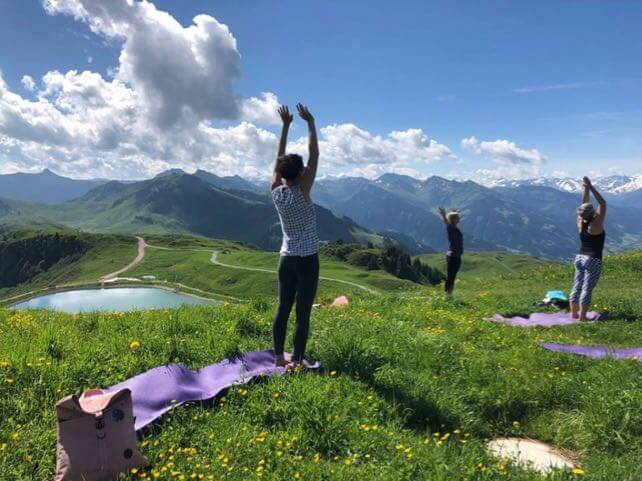