An Exceptional Start to Winter in New Zealand 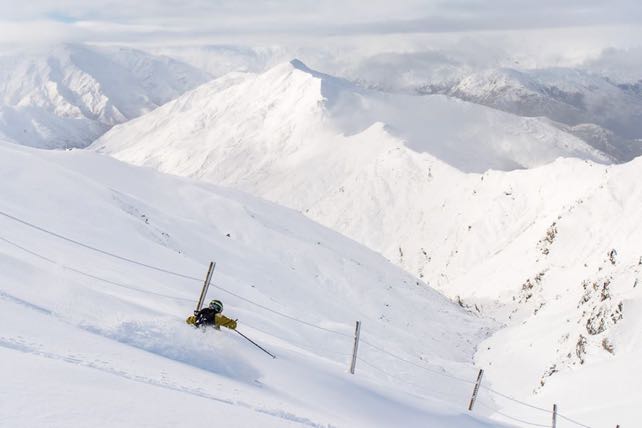 Winter is off to a promising start in New Zealand. Last week saw several days of heavy snow on the South Island. This week will be cold and dry – which means the snow cannons can add an extra layer of dense, durable snow to the pistes to supplement Mother Nature’s bounty.

In some resorts the snow depths are what you’d expect in the middle of a normal ski season. The Remarkables, for example, reports 62-83cm of snow packed down on its slopes, Treble Cone has up to 120cm, and in Coronet Peak there’s 40-80cm. In fact, conditions are so good that Coronet Peak has just announced that it’s opening for the day on June 2 for a winter preview. The Remarkables opens full-time for skiing on June 9.

Here’s how the Remarkables looked in the middle of the storms last week. 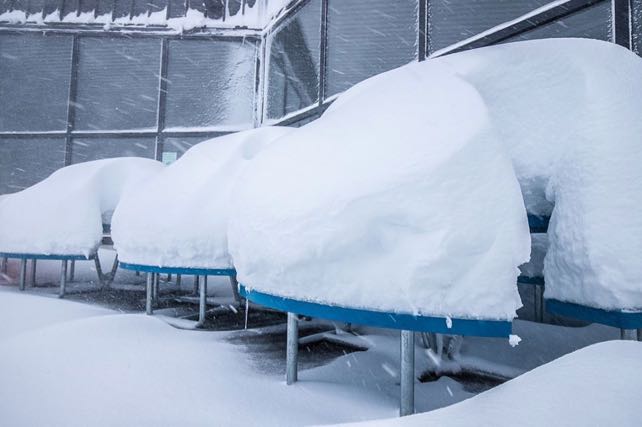 This was Treble Cone on Friday, once the skies had cleared. The snow here was deep enough for a spot of freeriding. 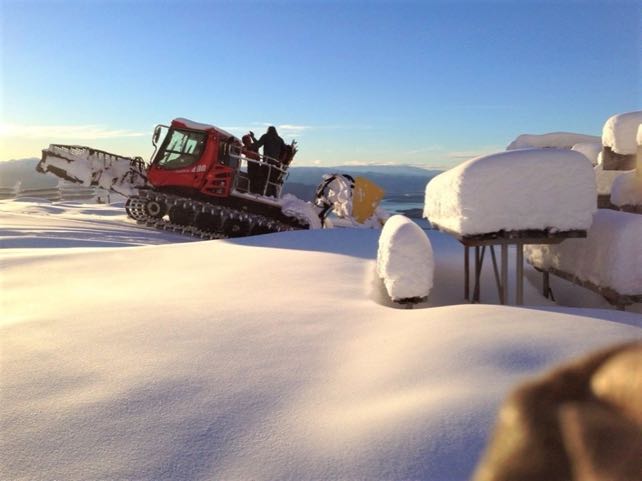 Mount Hutt, near Christchurch, is also due to open soon, on June 8, though in contrast to last winter it’s had less snow than the Queenstown/Wanaka resorts. It reports snow up to 27cm deep on its slopes.

Hopefully, the run of wintry weather will continue, and all the ski fields will get off to a flying start.

Hopes are rising for a strong start to winter in the Andes, too – thanks to heavy snow overnight and this morning. Here’s how it looked today in Valle Nevado near Santiago in Chile. 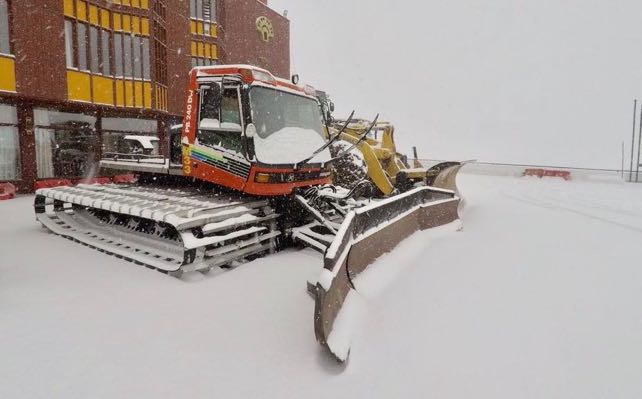 It’s been snowing in Las Lenas in Argentina, too… 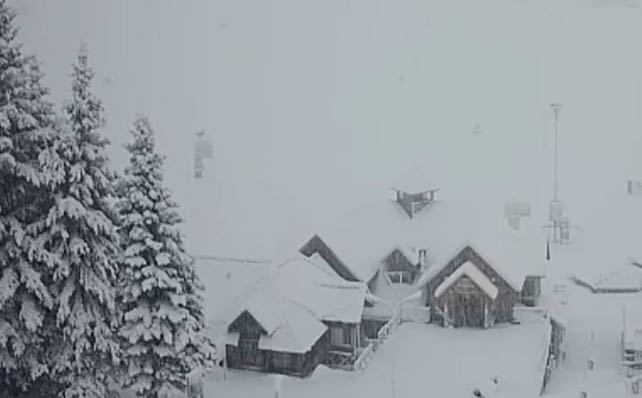 The forecasters at Meteo Chamonix in France aren’t mincing their words today. “A barometric swamp is stagnating over our region” is their assessment of the weather in the western Alps. It’s hot and humid, with the daytime freezing point up near the 4000m mark this afternoon. Afternoon thunderstorms are likely. Conditions are similar in the eastern Alps to. They’re likely to stay that way till the weekend, when drier, less turbulent conditions are expected.

At that point, the summer ski season gets underway. On Sunday, the lifts will start spinning above Val d’Isere, as skiers get back on the snow for summer training. The usual spot for this is on the Pissaillas glacier near the Col de l’Iseran: but after the epic winter we’ve just had, the road is still blocked, so the plan is to ski in the Bellevarde sector above town for the first few days. As you can see, there’s still plenty of snow up there. 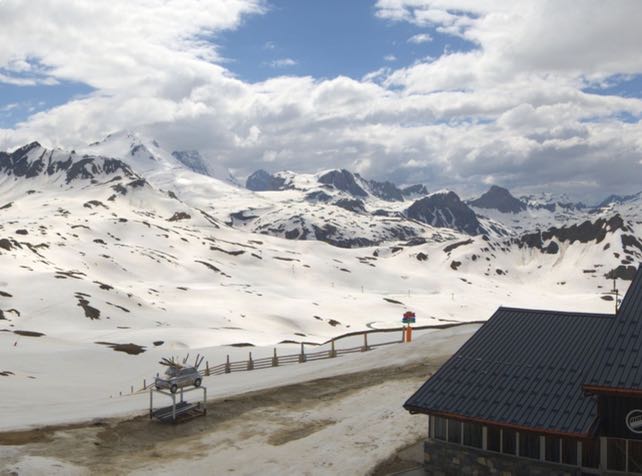 On June 23, Tignes and Les Deux Alpes will also open for summer skiing, and Cervinia in Italy will open for skiing from June 29 (it shares its summer slopes with Zermatt, which is open all year). In Austria, the Stubai glacier closes to skiers on June 3 and the Kitzsteinhorn on July 22. The Hintertux should be open all year.

At lower altitudes, the summer season is slowly coming to life, but the amount of snow on the slopes hasn’t helped preparations. In the Dolomites, the Dolomiti Paganella bike park has been opening some trails at the weekends throughout May, and will get going properly on June 2. Here’s how it looked on May 27. 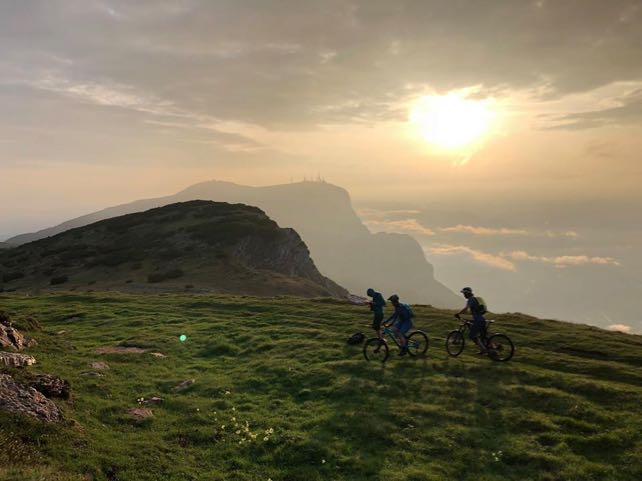 By contrast, the summer preview of the bike park at Les Gets has been held up for a week by lingering snow. Part of the park will open on June 2.

Meanwhile, in Kitzbuhel, the summer hiking season starts in two days’ time (May 31).

Here’s how it looked there on Saturday. 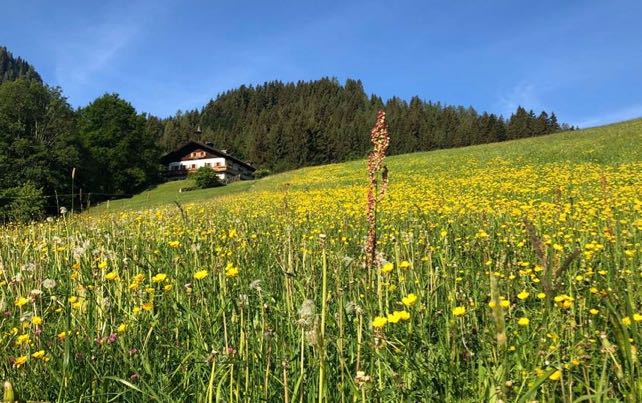 For more on the off-season in the Alps, check out Summer section.

No Responses to “An Exceptional Start to Winter in New Zealand”