Oh, to be in the Andes this week. The South American ski season is just about to get underway – and look… 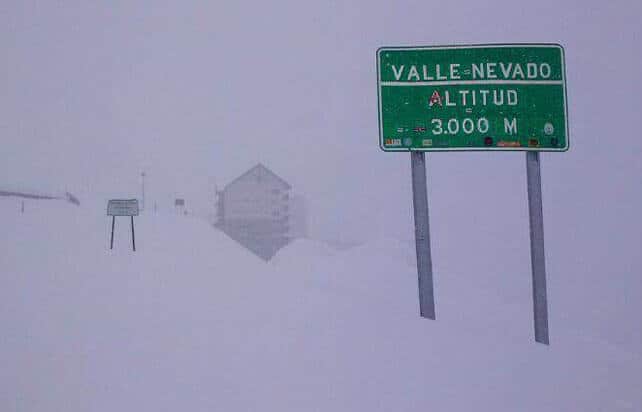 Pictured above is Valle Nevado, Chile, yesterday. The snow report here has recorded a metre of the white stuff since Tuesday last week – and the resort is opening early to celebrate. All being well, the lifts will start spinning here this Friday, June 13.

Meanwhile, pictured below is Las Lenas in Argentina, which is due to open on June 20. 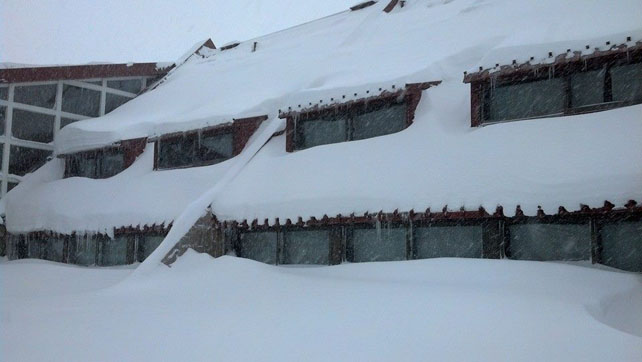 Pictured below is the road to Bariloche in Chile, which is also due to open on June 20. 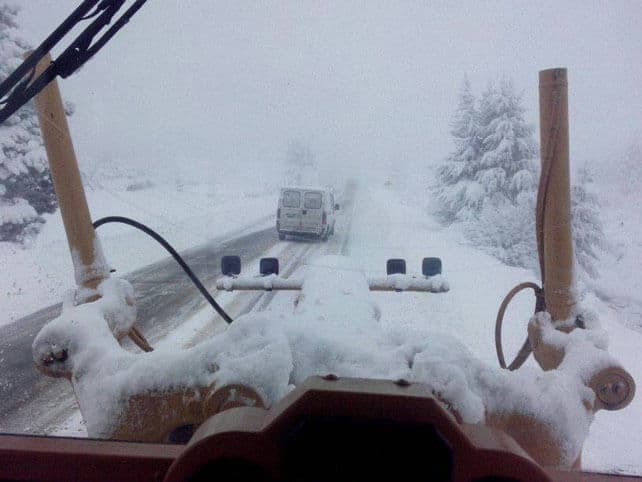 What’s more, another low pressure system is approaching the Andes from the south and will be rolling north along the range from Tuesday to Thursday, dumping yet more snow. Provided the road to the resort is open, it looks as though Valle Nevado is going to enjoy one of its best opening days for years.

It’s snowing in New Zealand too

Saturday saw the start of the ski season in New Zealand, but it was a fairly muted affair – thanks to mild, dry weather since the big dump of May 25. Coronet Peak, near Queenstown, opened on Saturday as planned, with five of its eight lifts spinning and 30-40cm of largely man-made snow on its pistes.

Here’s a taste of how the pistes were looking on Saturday. 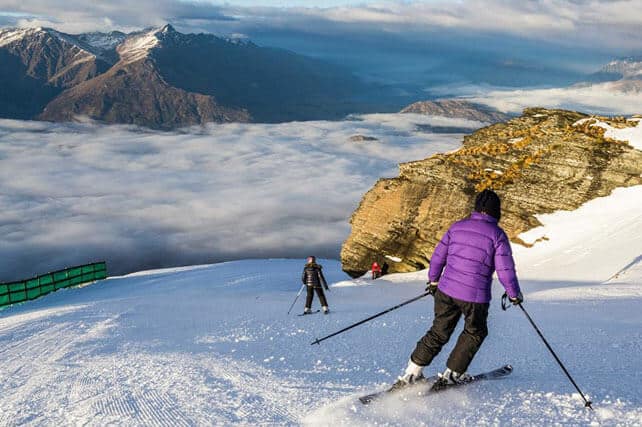 By contrast, Mount Hutt near Christchurch postponed its opening day until June 14 because of a lack of snow.

Slow starts to the ski season are quite common in NZ, by the way. Conditions were quite similar this time last year – and were followed by a mighty storm at the end of June. In fact, it’s been snowing today at altitude in the South Island, and is likely to continue for much of the week.

Pictured below is Treble Cone, near Wanaka, earlier today. There, the resort’s snow report records 11cm of fresh in the last 24 hours. 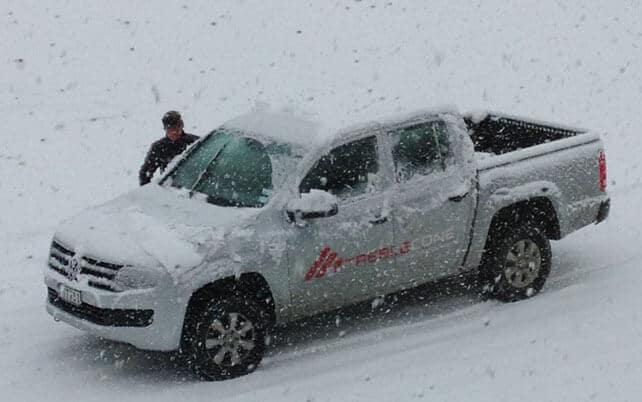 A slow start to the season in Australia

The weekend just gone also saw the start of the ski season in the Snowy Mountains in Australia. But after a month of mild weather, it was a bit of a damp squib. In Perisher, for example, they managed to open a small area of nursery slope and a mini terrain park, but away from the snow cannons the slopes were green. This is quite normal in Australia in June, so no-one’s particularly alarmed – and on Sunday there were snow flurries at the top of a number of ski areas. But it does make you wonder: given the frequency of almost snowless starts to the season, why do the big resorts like Perisher and Thredbo try to open so early? 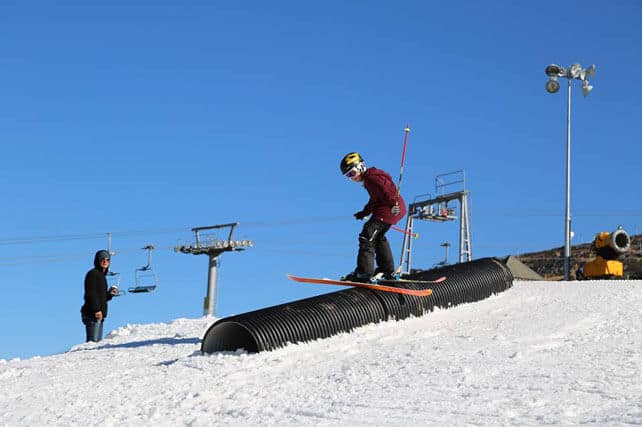 Pictured below was how it was looking at the top of the ski area in Thredbo on Sunday, after the flurries. 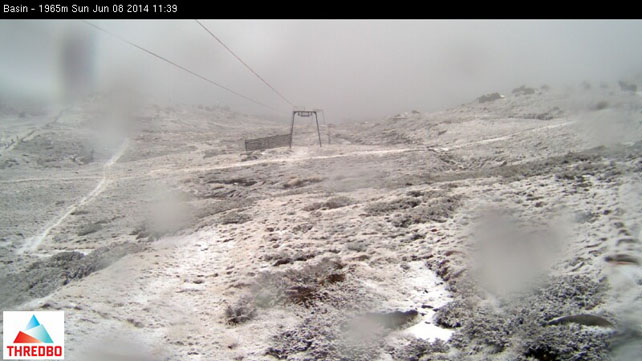 There’s been some great skiing on glaciers in the Alps 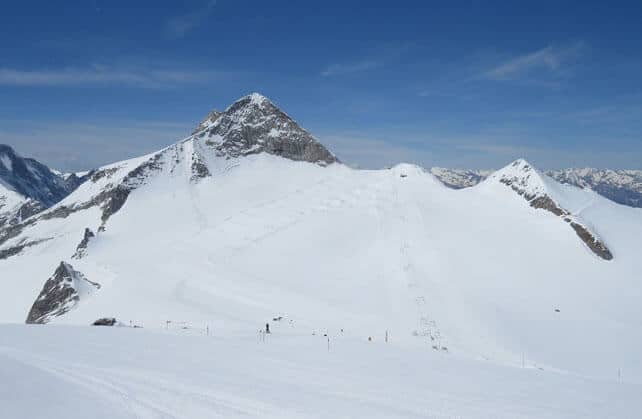 I was lucky enough to be skiing on the Hintertux glacier in the Austria Tirol last week – pictured above. There were plenty of ski racers training up there, including two members of Switzerland’s World Cup team, Dominique Gisin and Wendy Holdener… 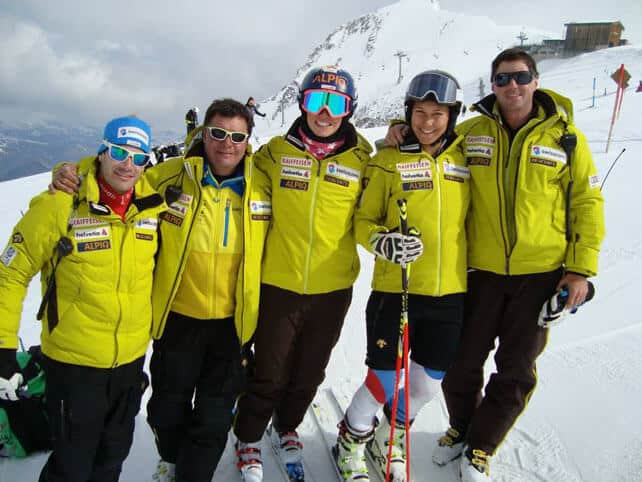 But away from the training areas the pistes were almost deserted. There’d been a little fresh snow on Wednesday night, too – and conditions were superb given it’s almost midsummer.

Down in the Zillertal (the valley beneath glacier) it was pretty gorgeous, too… 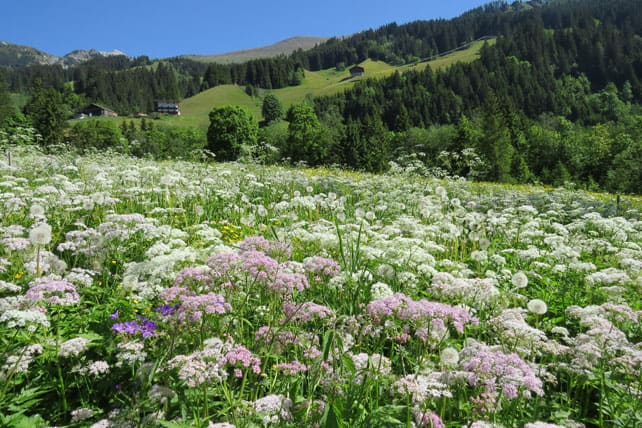 The weekend has been warm and sunny right across the Alps, and temperatures are likely to stay high for the week. At 9am this morning it was already +6C at the top of the Hintertux glacier – which means the snow will be getting slushy on the sunnier slopes as the day warms up. However, the high pressure over the region is weakening and the risk of afternoon thunderstorms is high.

Pictured below is the piste off the bottom of the Pisaillas glacier in Val d’Isere, which opened for its short summer season on Saturday. The glaciers at Tignes and Les 2 Alpes will both open on June 21.

One Response to “Snow Report, June 9”