There’s less than two weeks to go until the start of the ski season on the South Island of New Zealand, and Mother Nature has just added her weight to the pre-season hype – with a 25-30cm dump of snow.

The ski fields around Wanaka and Queenstown have done particularly well. Pictured below is Coronet Peak, which opens a week on Saturday, on June 7. 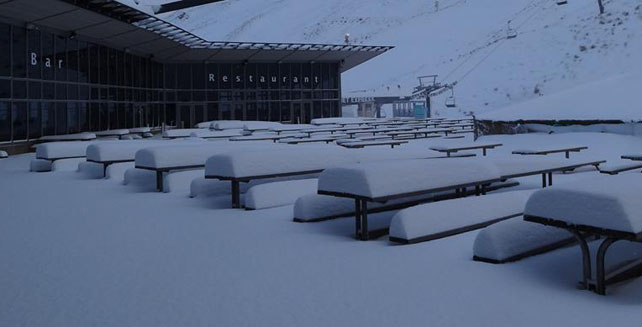 Pictured below is Treble Cone near Wanaka. It too has had plenty of snow, and the mid-mountain temperature was -5C this morning. Treble Cone doesn’t open until June 26, however. 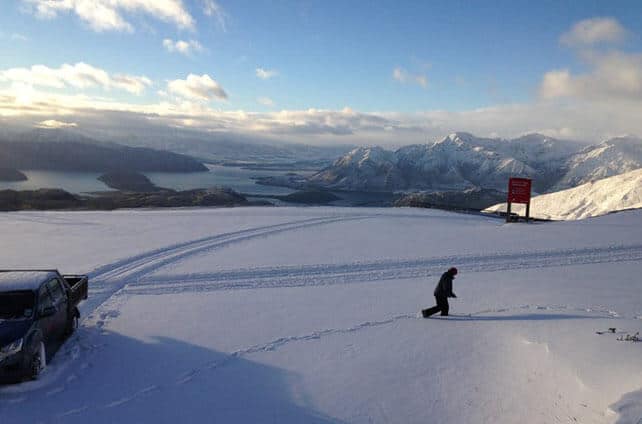 There was less snow at Mount Hutt, 60 miles west of Christchurch – about 5cm according to the resort. Pictured below is the view of the mountain from the Mt Hutt Station Road this morning. The resort opens on June 7. 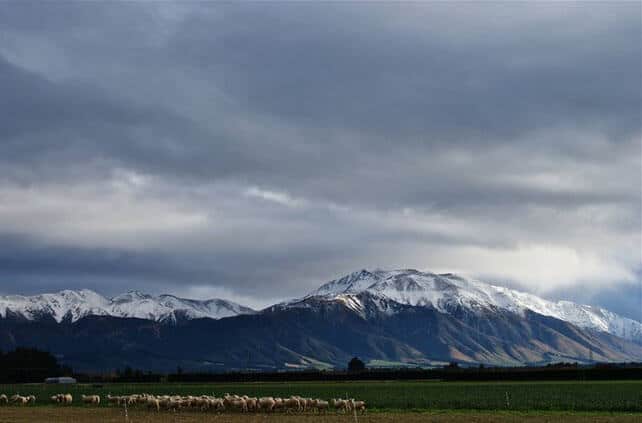 Of course, this being New Zealand, the onset of winter isn’t likely to be straightforward. This week is a case in point: temperatures will jump on Wednesday as gale-force winds blow in from the west, and it could be raining at altitude. Then, on Thursday, it’ll cool down again, and there may be another dose of snow.

There’s been snow in the Andes, too

In the Andes, pre-season excitement is building too – thanks to fresh snow this week. The picture below was taken in Valle Nevado, just east of Santiago in Chile, on May 22. The resort is due to open on June 26. 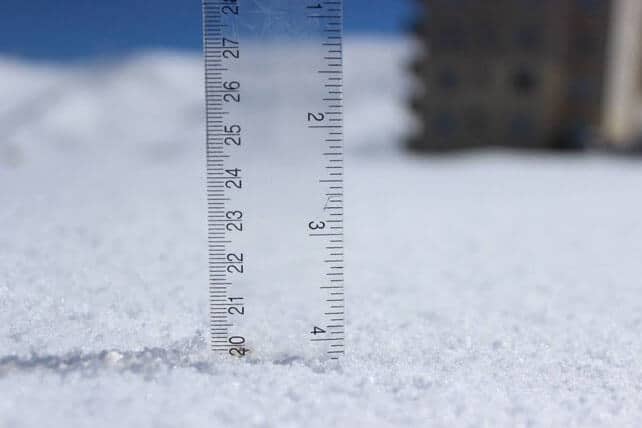 Pictured, below, was Las Lenas in Argentina, on May 21. 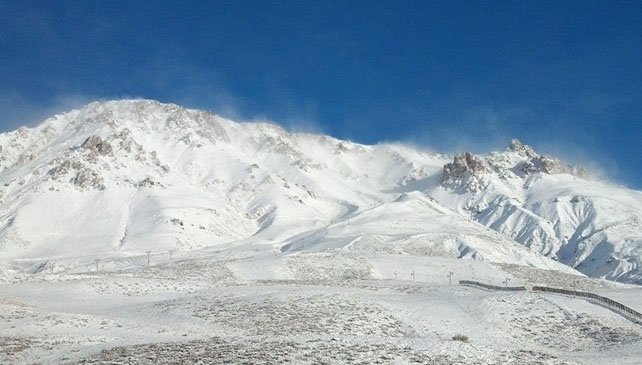 What’s more, it looks as though there will a bout of much heavier snowfall here on Thursday…

But winter hasn’t arrived yet in Oz

In the Snowy Mountains of Australia, both Perisher and Thredbo are due to open on June 7. A little snow fell  there at the beginning of May, but it’s been mild since then – and there’s no sign of significant change this week. In the meantime, Perisher is putting the finishing touches to its new Freedom quad chair – and celebrated last Friday by posting this rather lovely video of its construction.

In the Alps, there’s going to be a little snow, too

In the Alps, only a handful of glacier-based lift systems are currently open to skiers, but there’s been no shortage of snow this spring – as anyone who read our Snow Report last week will know.

Since the big dumps of May 12-16, the weather’s been much milder: but there will be a little more of the white stuff this week. Here’s the snow forecast for the Alps tomorrow – May 27. 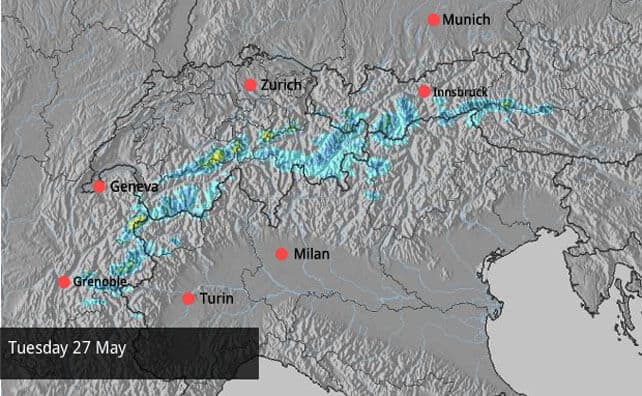 Welove2ski’s snow forecast for the Alps, May 27.

Note that the snow at altitude will be accompanied by heavy rain lower down: and that visibility will be poor until Wednesday. The time to ski the new snow – on glaciers such as the Hintertux, Stubai and Kitzsteinhorn in Austria, and above Zermatt in Switzerland – will be on Wednesday or Thursday.

One Response to “Snow Report, May 26”