The Alps Keep Their Cool in the Run-Up to Easter 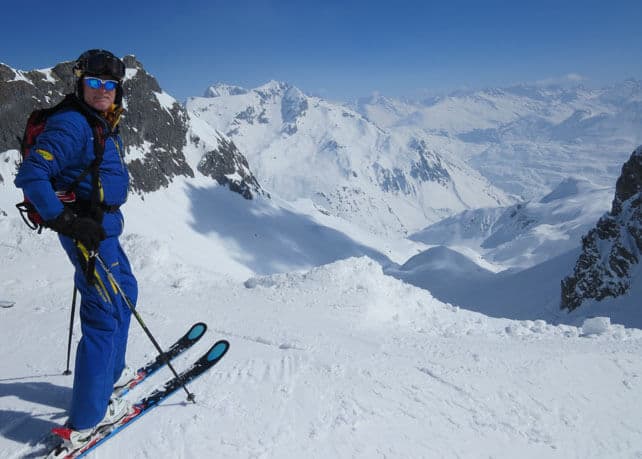 Greetings from sun-drenched St Anton in Austria, where the wind is cool, the air is increasing hazy, and the snow veers from soft and wintry to soft and wet depending on where you’re skiing.

What’s remarkable about conditions here, given the amount of sunshine, is that nowhere has turned into a proper slushpit. St Anton’s south-facing home runs could have easily gone that way – but the coolish air temperatures have stopped them become unskiable. Mid-afternoon, they were soft and bumpy – and lot of fun to ski.

I’m here courtesy of Flexiski and the Tirol tourist board, and in the company of UIAGM mountain guide Erich Schweiger of the Arlberg ski school I’ve skied above both St Anton and Zürs today, on almost every conceivable kind of snow.

Of course, the best conditions have been high up, on properly north-facing slopes. There’s no lift-accessed powder left, off-piste (you’ll need to go ski touring to find that). But the north-facing crud and moguls are still soft. Meanwile, North-facing pistes are firmish, by not icy. Pick of the conditions today were beneath the soaring crags of the Muggengrat, above Zürs – which is where I took the photograph above.

On slopes that get a lot of sunshine (south-east, south, and south-west) the off-piste is pretty much unskiable. Its surface is too rough, because – as Erich pointed out – inexperienced off-pisters are thrashing about in the wet snow after midday and leaving it a rough and rutted mess, which then refreezes overnight. On-piste, however, there’s good snow to be enjoyed, if you get your timing right, and hit the pistes just as the sun begins to soften them each morning.

These conditions are pretty representative of what you’ll find right across the Alps at the moment. Cool winds have blunted what should have been a sharp thaw: so despite a prolonged spell of sunshine, the skiing’s pretty good – provided you stay on north-facing slopes, or adopt spring-skiing tactics where there’s a lot of sun. If your ski area reaches above about 2800m you may well find soft wintry snow still on south facing slopes as well.

Here’s a quick squizz at today’s webcams, starting with this view from the Plateau Rosa, above Cervinia, back down into the resort’s high-altitude bowl. The snow here is 50-240cm deep. 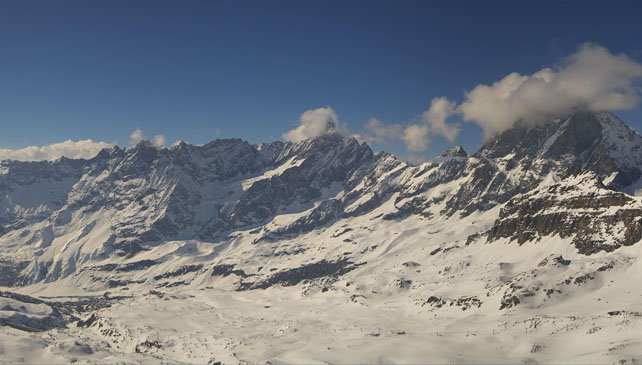 Pictured below is the Allalin glacier above Saas-Fee in Switzerland, where conditions are still soft and grippy and the cover is up to 320cm deep. 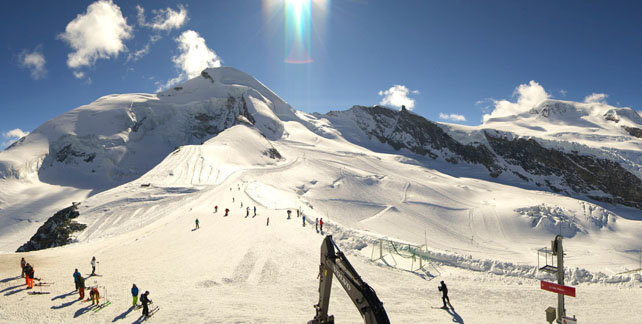 Here’s how it’s looking above Canazei in the Italian Dolomites. Obviously, it’s cloudy here today, and the snow is 50-140cm deep. 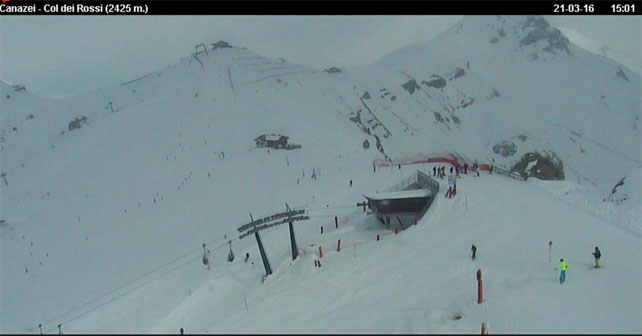 Below is how it’s looking at La Croisette in Courchevel today – where the snow is 139-198cm deep. 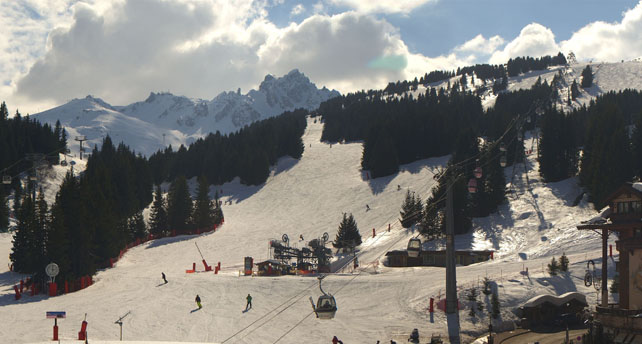 Finally, here’s the view of La Solaise above Val d’Isere. It’s a good day to be paragliding. The snow here is 145-247cm deep. 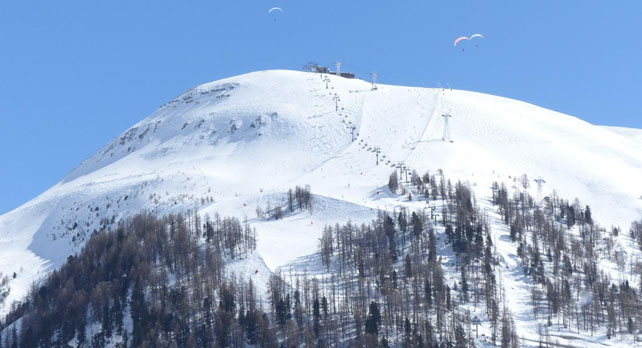 Looking ahead, the forecast is for a cooler interlude on Wednesday and Thursday, accompanied by light to moderate snowfall in Austria and eastern Switzerland. 20cm could fall in some spots east of Innsbruck, and the daytime freezing point could be as low as 1100m for time. Here’s Welove2ski’s latest snow map for Thursday. 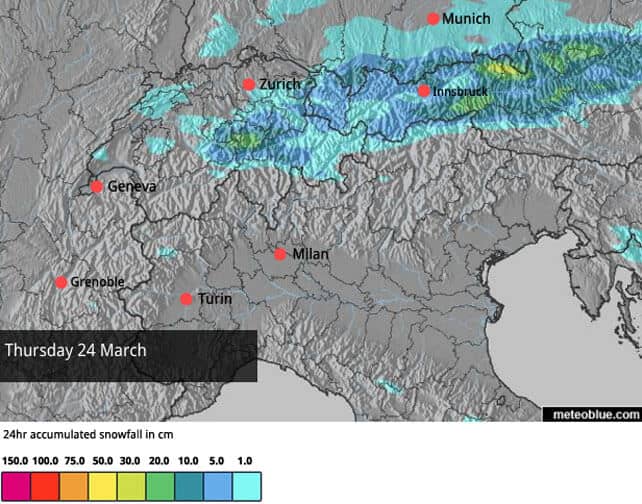 Welove2ski’s current snow forecast for the Alps for March 24.

Further west, there’s little chance of significant snow before the Easter weekend – but at least the cool temperatures will keep the existing snow cover in good nick. The weekend is likely to see milder weather return: but if the latest maps from the European Centre for Mid-Range Weather Forecasting are anything to go by, colder, more unsettled weather is on the cards next week. It’s too soon to be sure of that. But it does look as though the generally colder-than-average character of March is set to continue, which is good news for skiers.

Mid-March has been kind to the resorts of Colorado and Utah. As Joel Gratz of Open Snow has pointed out, some resorts in Colorado had four powder days last week, with 40-100cm of snow falling. However, their top-ups of snow have alternated with sharp thaws, so the fresh powder has quickly turned chunky in the March sunshine.

This week, there’ll be more snow. On Monday a strong and cold storm system will hit California and the Pacific Northwest, bringing snow to many areas. 30cm of is expected in the Lake Tahoe area of California, 15-40cm in Utah, and 15-30cm in Colorado. There’s a good chance of a second storm at the end of the week, over the Rockies too – though it may miss the west coast.

Up in Canada, it’s already started snowing again. Whistler has reported 12cm of new snow overnight and is expecting a high of 0C on the top half of the slopes today. Check out our guides to the best resorts for spring skiing and resorts with reliable snow cover.