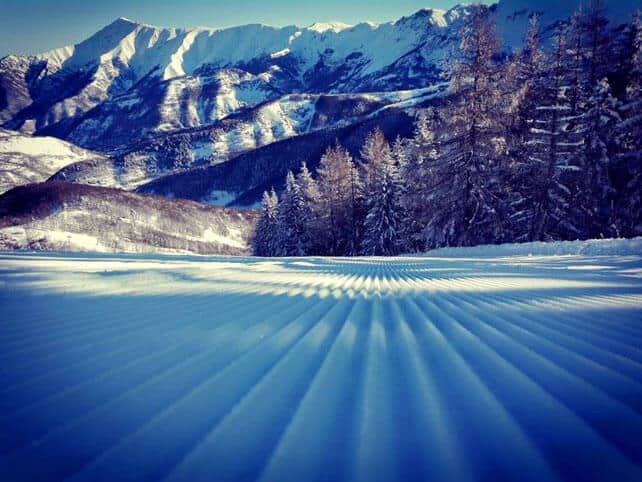 Will it snow at Easter? That’s the question on everyone’s mind at the moment, as the holiday hoves into view, and the Alps get ready for a surge in visitors.

The answer is, we don’t know, yet. A week is too far ahead for forecasts to be reliable: and there’s not even any consensus yet amongst the the mid-range weather models. On Tuesday, I saw a map from the European Centre for Mid-Range Weather Forecasting which placed a huge lump of cold, moist air over the Alps around March 26. But that’s now been replaced by a forecast for mild, sunny weather. Mind you, some forecasts are still calling for a more unsettled spell. So we’ll have to wait and see.

However, it does look as though we’ll get a cool, snowy interlude on Tuesday and Wednesday next week. It’s not going to be a big storm: but any kind of top-up will be welcome, along with a drop in temperature. Here’s the latest Welove2ski snow map for Tuesday, March 22. 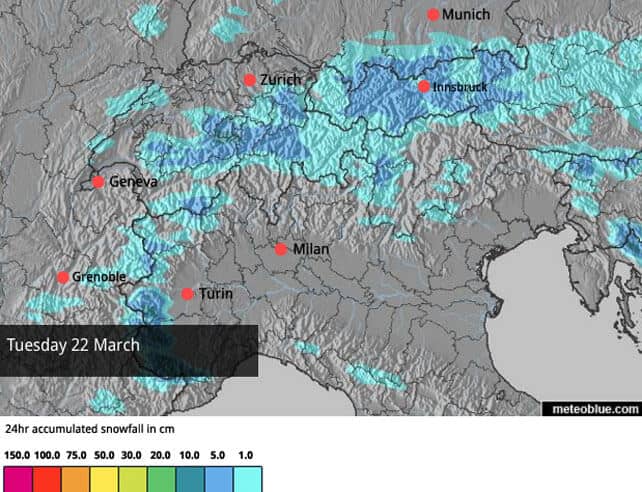 The Welove2ski snow forecast for March 22.

In the meantime, there’s going to be lots of this… 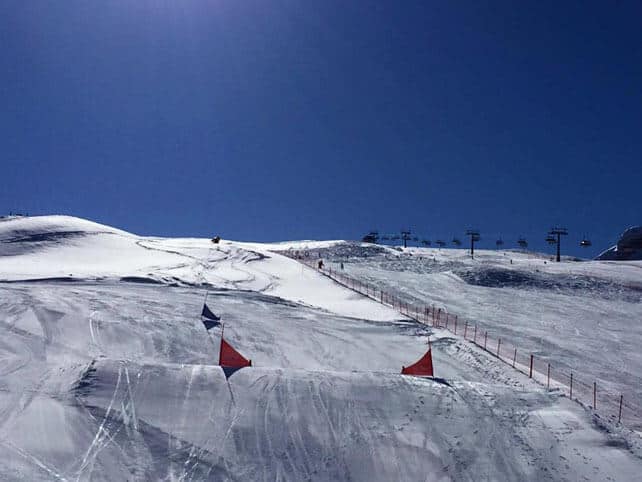 This was Madonna di Campiglio in the Brenta Dolomites early this morning. In common with many Italian resorts, Madonna had a useful mid-week top-up of snow. 18cm fell here, and the cover is 90-180cm deep. But today brilliant sunshine is forecast, as it will be over the weekend.

The heaviest midweek snow fell at the western end of the Italian Alps, hard up against the Italian border. Here, Limone (pictured at the start of the report), had 80cm of snow over two days, and Prato Nevoso had even more. Here’s how it looked yesterday morning. 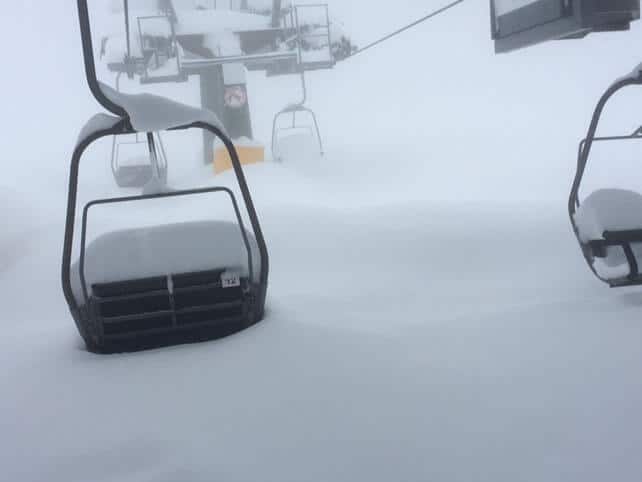 Anyone lucky enough to be in Limone & Co, should be skiing the snow right now: because the mid-March sunshine is powerful, and even though the air temperatures have been cool this week, it’s still affecting the cover on south, east, and west-facing slopes. Today in Limone, they’re expecting an afternoon high of +10C, and the freezing level at 2350m. If you want to enjoy the snow at its best, stay on the north-facing slopes, or adopt spring-skiing tactics.

Meanwhile, across the northern Alps, the sun’s blazing, too, and the weather is likely to stay dry and bright through the weekend. There was light snowfall here on Wednesday. Most places had only 5cm, although some southern French resorts close to the Italian border, such as Montgenevre, got more – 35-65cm in fact.

The cover is still deep above 2000m, and you can still ski soft, wintry snow on north-facing slopes below 1500m. However, on sunnier runs, the sunshine is affecting the cover on all but the very highest slopes, although we’re not talking about the kind super-slushy slopes you’d find a really warm spring day. In fact, one of our editors has just been skiing down to Morillon in the Grand Massif, and sent this photo. As you can see, even at 1100m, it’s not a slushpit. 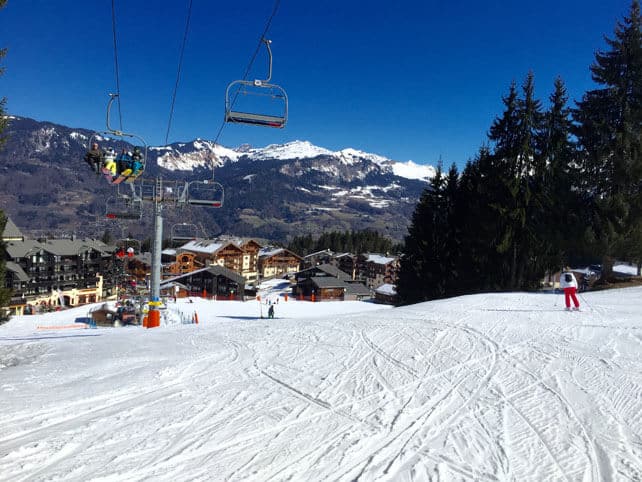 Here’s a quick squizz at some of the other photos and webcam shots from today.

Pictured below is the scene today in St Anton, in the Austrian Tirol, where I’m heading on Sunday. I’m ever-so-slightly excited about that, as you can imagine. The resort reports 80-290cm of snow settled on its slopes, and the freezing point will be around 2100m today. 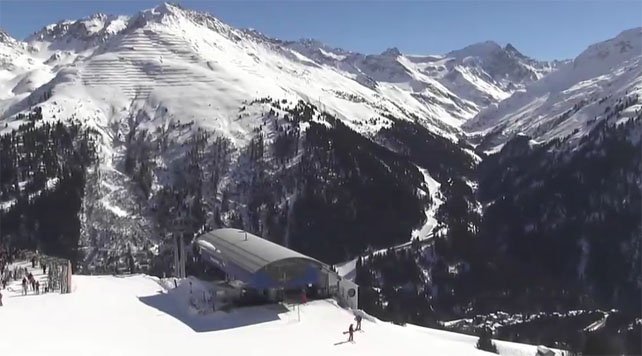 Here’s how it’s looking above Verbier in Switzerland today, where there’s 38-240cm of cover. 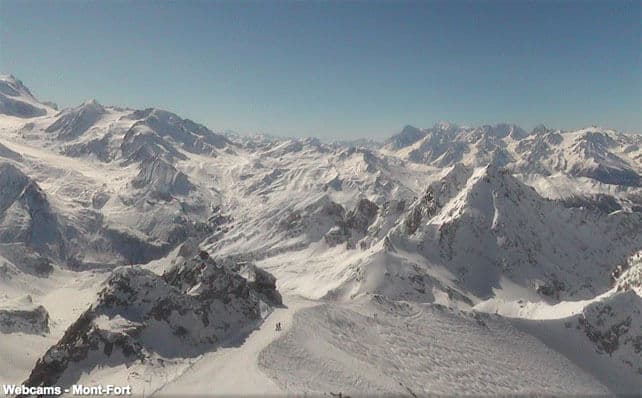 Pictured below is Serre-Chevalier, which had 12cm of snow at altitude on Wednesday. There’s 25-157cm of settled snow in the resort. 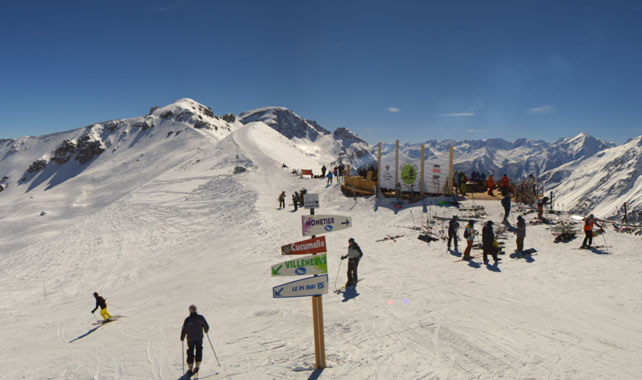 Pictured below is how it’s looking above Courchevel, where there’s 145-198cm of cover. 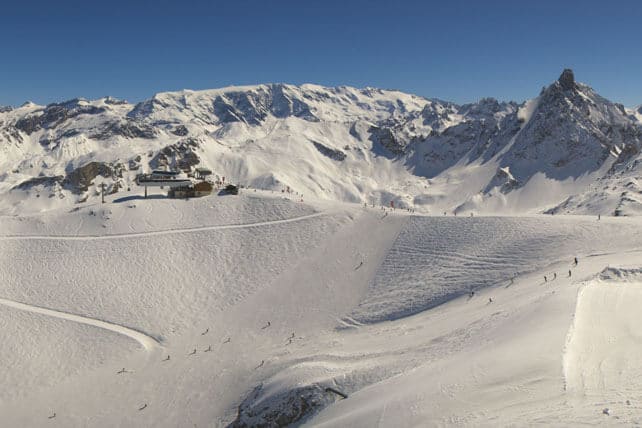 And this is the view from the dam beneath Tignes, looking up towards the Solaise in Val d’Isere – as seen by John Yates-Smith of YSE. What a day! 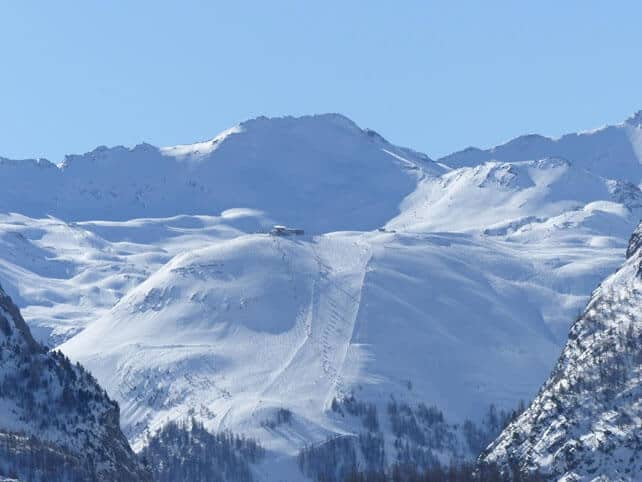 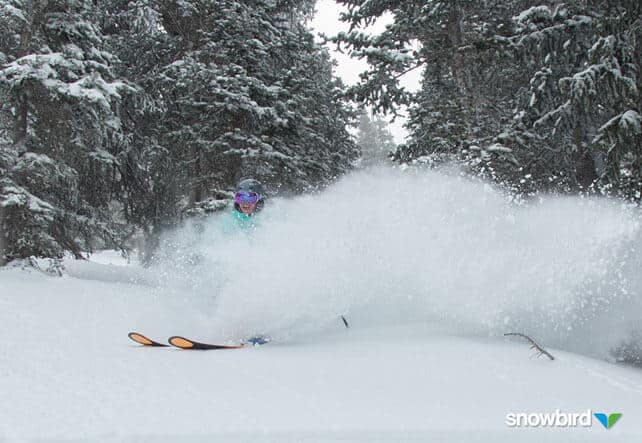 It’s been a snowy week in the resorts of the American Rockies. Those of the Wasatch Mountains in Utah (including Park City and Snowbird) have had 30-90cm of snow, and in Colorado Breckenridge reports 90cm so far this week. Winter Park has had 104cm.

Here’s how it was looking in Breckenridge on Wednesday. Jealous, me? YES.

The outlook is for sunshine and rapidly rising temperatures this weekend – typical spring weather in fact, so off-pisters will have to ski the new snow straight away, if they want powder rather than heavy slabs and awkward lumps.

Another storm system is due into California between Sunday and Thursday, which will then spread eastwards into the Rockies.

Meanwhile north of the border, Mother Nature is having a breather in Whistler, and clear skies are expected till Sunday, when another band of rain/snow crosses the resort. 10-20cm are expected up high in the resort by Monday night.

Currently the snowpack is a whopping 346cm deep.

No Responses to “Sunshine Now: A Little More Snow Next Week”