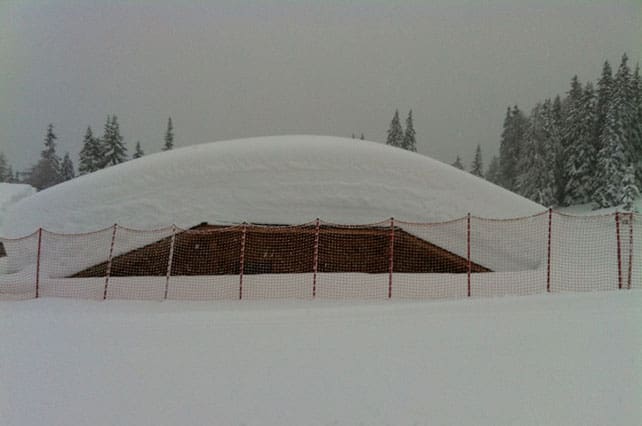 Blimey, Snowfiends: it’s hard to keep up with all the white stuff swirling around the Alps at the moment.

Between Thursday night and Saturday morning last week there was a monstrous snowstorm in the southern Alps – particularly at the south-eastern end of the region. Madonna di Campiglio in the Brenta Dolomites (pictured, above) got a over metre of snow from it, but that was nothing compared to the Osttirol and Carinthia in southern Austria. Parts of the former were hit by 215cm of snow in 48hrs, and in the latter at least one village was evacuated because of the avalanche risk, which hit 5/5 for a time. Roads were closed and rail services suspended. 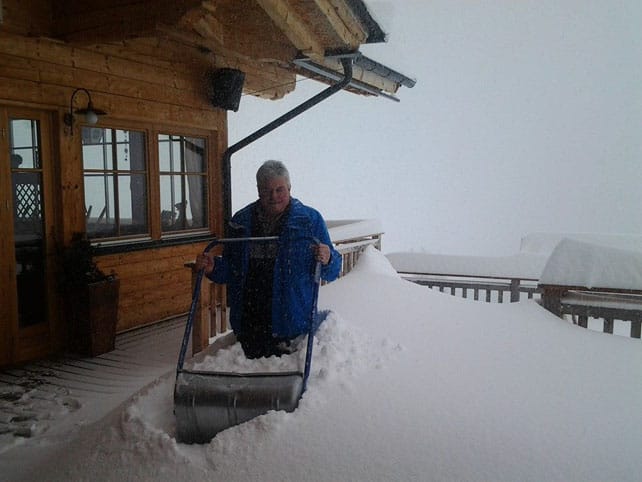 Today, we’re seeing a narrow band of snow along the central ridge of the Alps, which will move off into the Italian Dolomites, adding to the already impressive snow depths there.

Then on Wednesday moderate to heavy accumulations are expected in the French and Italian Alps, as well as parts of Switzerland, as another weather front hustles in from the west. There’ll be a brief pause on Thursday, before yet another weather front arrives on Friday, bringing more snow. Check out our Snow Forecast for the Alps for details. 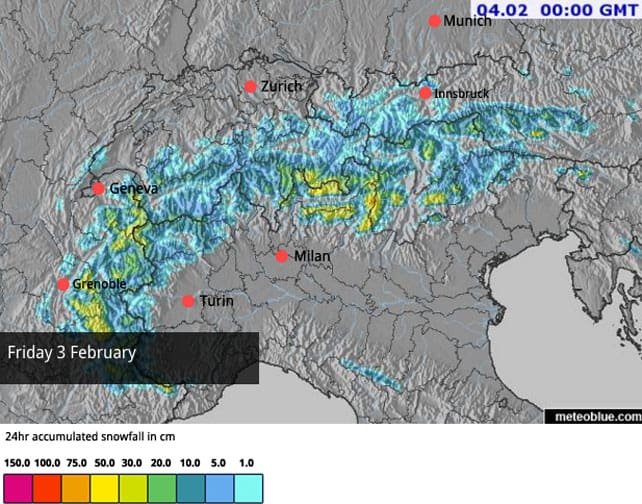 Temperatures are going to be yo-yoing about this week as the wind swings between the south and north-west, and then back again. French forecaster Meteo Chamonix expects the freezing point to reach 1900m today, before dropping back to 1200m during Wednesday’s storm, then rising to 2400m on Thursday, dropping back to 1000m on Friday, and then rising again to 2000m on Saturday. The weekend looks as if it could be wet and mild in valleys and low-lying resorts.

What does this all add up to? Well, in many respects, this turbulent weather will repeat a pattern that’s already well established. When it comes to snowfall, the first half of this winter has belonged to the southern half of the Alps. In the short term, that’s the way it will stay.

That’s not say conditions are bad elsewhere. There’s good skiing across almost the whole region at the moment, with three caveats. The first is that caution is essential if you plan to go off-piste, as the snowpack remains unstable. Second is that, with milder weather expected, you’ll need to ski at altitude to find cold, soft snow. The third caveat is that there won’t be much sunshine about this week, so if you do ski at altitude, above the treeline, flat light and whiteouts are going to be a problem…

Here’s a quick survey of the day’s webcams focusing for the most part on the snowier, southern half of the Alps. We’ll start with Isola 2000, north of Nice in France. Here, the settled snow is 210-300cm. Note the solid cylinder of sculpted snow over the roundabout… 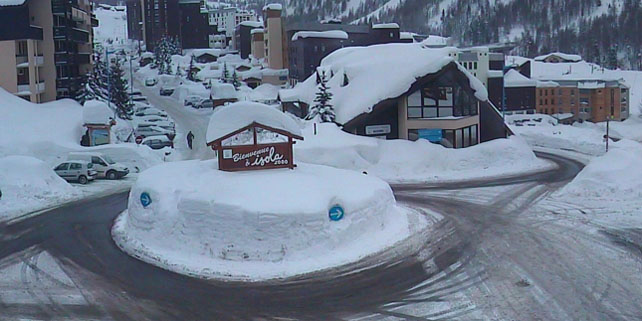 Pictured below is Les Deux Alpes, south of Grenoble, where the snow report claims 175cm of settled snow up top and 30cm on the lower runs. Are they sure about that second figure? It looks deeper than 30cm in town… 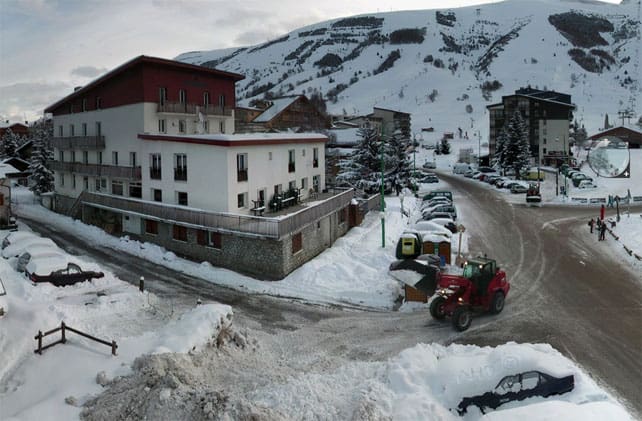 Meanwhile, these were the pistes at Serre-Chevalier, freshly-groomed and waiting for the first skiers of the day. The settled snow here is 85-180cm deep. 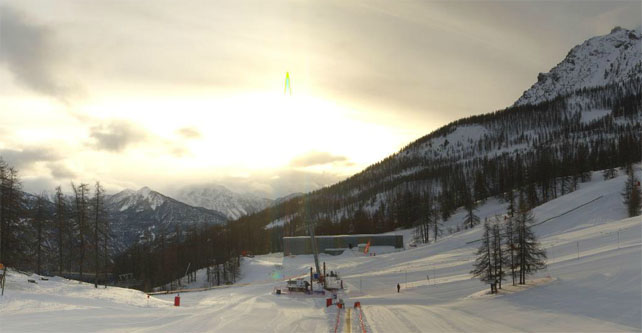 Below is the scene at Meribel this morning. The sun’s out, there was a bit of fresh snow at the weekend, and there’s 85-125cm of settled cover on the pistes. 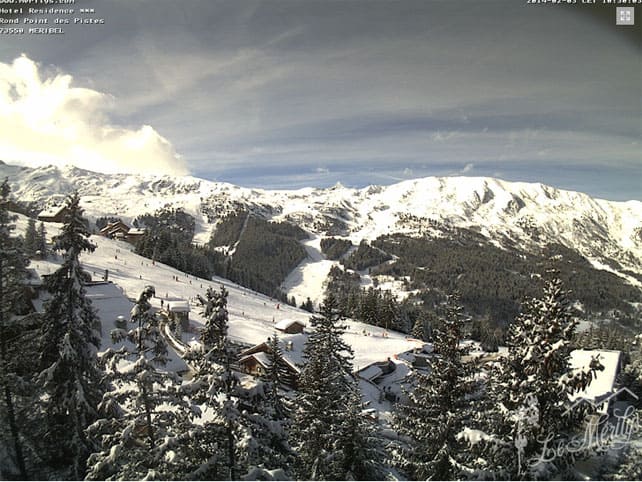 And this was the Col des Aravis near La Clusaz – where the snow is 40-120cm deep. 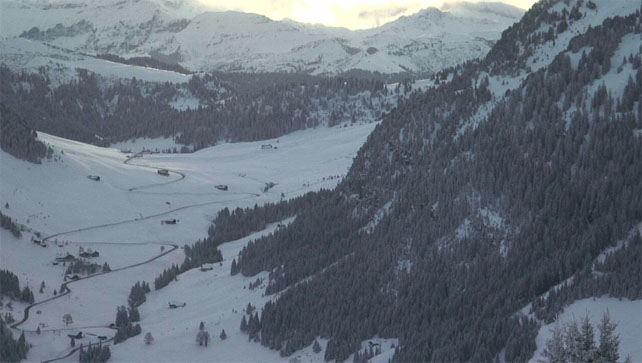 Pictured, below, is Madesimo in Italy, where the snow is a whopping 250-400cm deep, depending on altitude. 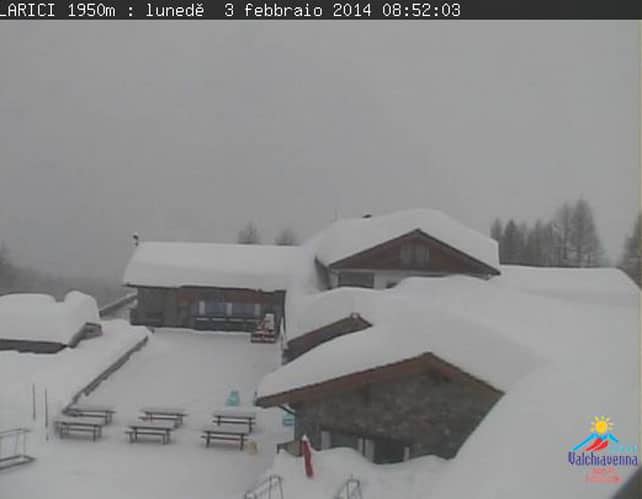 Below is the scene at Catinaccio, between the Dolomite resorts of Canazei and Moena, in the Val di Fassa. Even on the valley runs here, the snow is a metre deep. 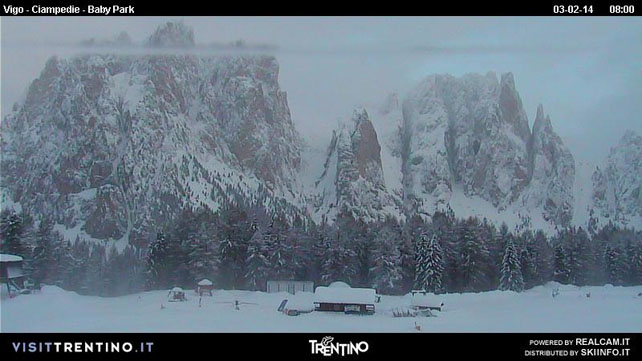 Here’s the Plauns campsite, near St Moritz in south-eastern Switzerland. Clearly, it’s not a brilliant week for a caravanning holiday. 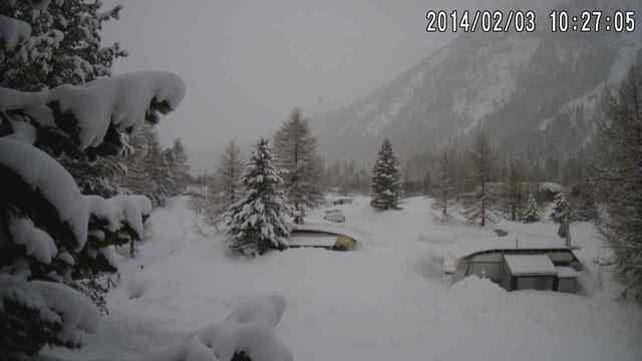 To finish, this is high-altitude Obergurgl in Austria, which lies close to the Italian border. It missed out on the really heavy snow that fell in the Osttirol and Carinthia, but it’s had a good winter overall, and the snow is currently 80-190cm deep.

The weather’s getting interesting in the western US too

There was moderate to heavy snowfall in the American Rockies in the second half of last week. Breckenridge was one of the resorts that had the best of the storms, and clocked up 80cm in a couple of days. Here’s the rather tasty video they shot on Friday to celebrate.

Another important aspect of the storm is the fact that it broke the long snow drought over California. Many resorts there reported 30cm or more of much-needed snow on Thursday or Friday, although Heavenly, at the southern end of Lake Tahoe, reckoned it had double that. More snow is expected across the region this week.