If you’re hurting for the snow, you’d better look away right now.

The skies have cleared – briefly – and across the southern half of the Alps the effect of an extraordinary sequence of snowstorms is all too apparent this morning.

Pictured below is Madonna di Campiglio in the Brenta Dolomites. It’s had 657cm of snow so far this season, 38cm of which fell on Tuesday. The settled snow depths on piste vary between 200cm and 255cm, depending on altitude. Pictured below is the Ciampac/Buffaure sector of Canazei’s slopes, further east. In this part of the Dolomites, the snow is 80-280cm deep. 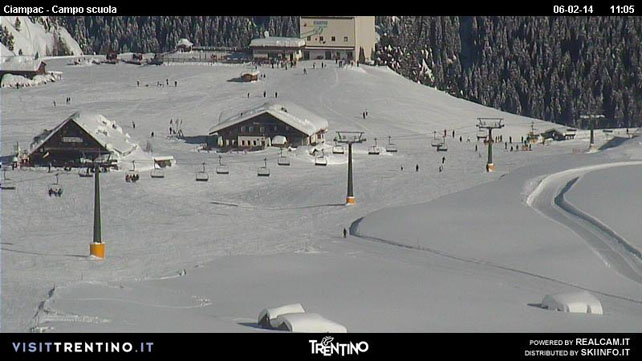 Below, is the scene in the Monterosa – in the Aosta Valley – where the settled cover is 150-300cm deep. 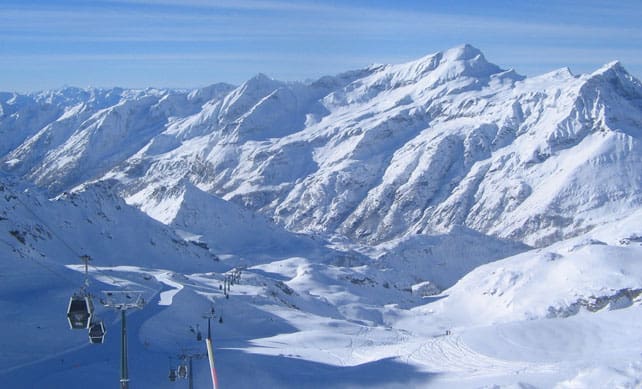 And here’s a close-up, taken on Tuesday. 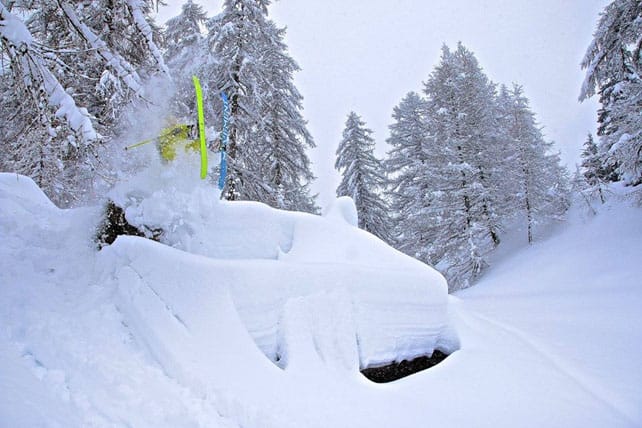 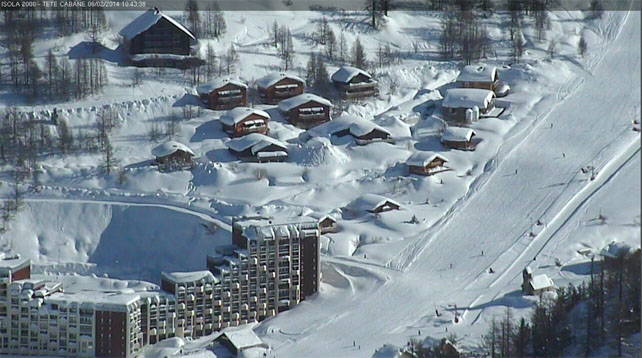 Below, is Serre Chevalier, south of Grenoble, where the snow is 110-225cm deep. 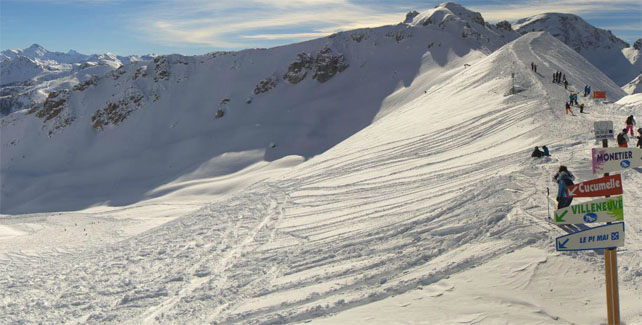 And this is Les Deux Alpes, nearby, where the snow is, supposedly 30-175cm, although I think they’ve stopped updating the figures…Clearly, there’s more than 30cm in at village level now. 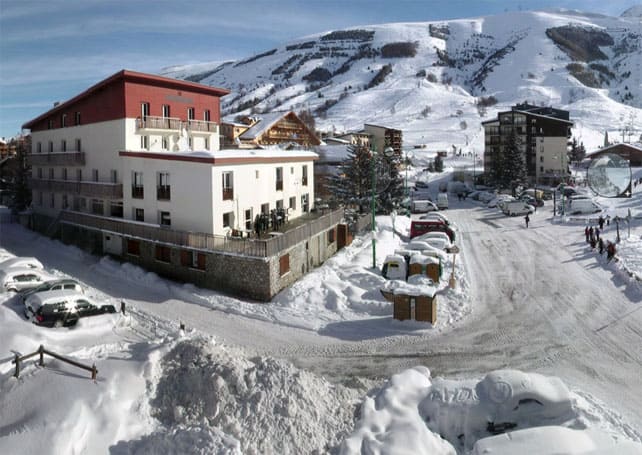 This is not to say that there isn’t snow in the northern half of the Alps. In fact there were light-to-moderate falls across many resorts yesterday: Flaine in France had 13-22cm of fresh snow, Verbier in Switzerland reports a 5cm top-up and Laax, also in Switzerland, 7-10cm. But there’s been nothing like the sequence of meaty dumps seen further south. 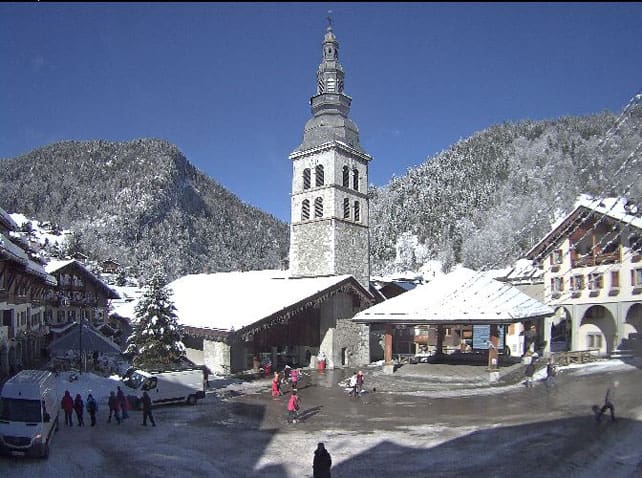 Unfortunately, it also looks as though the resorts north of Innsbruck in Austria are missing out on the snowstorms again – repeating a pattern we saw in December and January. Conditions on the higher pistes are still good, but the contrast between resorts here and those lining the Italian border is sharp. In the north, the Skiwelt reports 45-75cm of cover. In the south, Obergurgl has 80-190cm, and Nassfeld a whopping 190-410cm.

Here’s how it was looking in Nassfeld this morning. 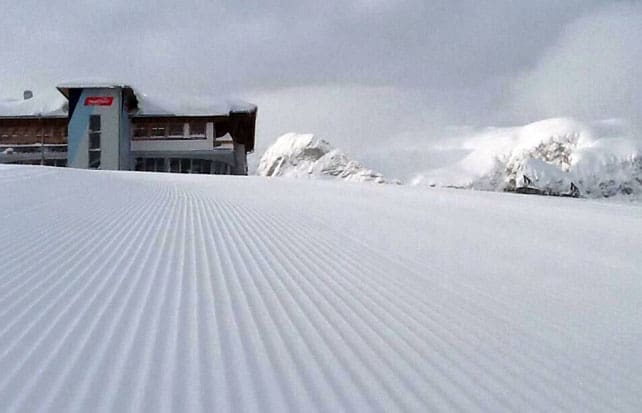 And guess what? More snow is on the way. This time, the whole of the western Alps will benefit – as well as parts of eastern Switzerland and the Italian Dolomites. Two separate weather fronts are expected; the first on Friday, and the second on Sunday/Monday. Then, it’s likely a third storm will bubble up from the south on Tuesday, although it’s too early to be certain of that yet. 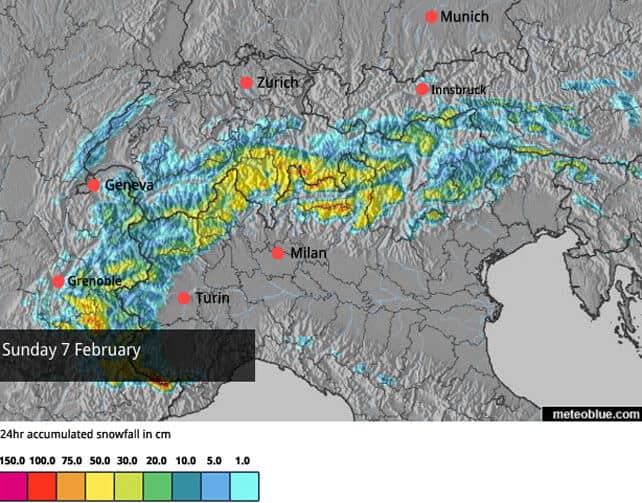 Although sun-worshippers will despair, this is good news as temperatures have risen sharply today. Any slope below 2000m that sees much sun will be getting wet and heavy as a result.

Great skiing in the Pyrenees

There’s some cracking skiing to be had in the Pyrenees, as well. Two of our editors are out in Baqueira-Beret today, and have just posted the picture below. “Baqueira is cheap and empty. Why don’t more people come here?” they ask.

The snow’s in good nick too. Conditions are “excellent”, and according to the snow report there’s 215-285cm of settled cover on the pistes. So I’m not jealous at all, then… In the western US, heavy snow is expected

There’s been light-to-moderate snowfall across the American Rockies over the last couple of days. Steamboat in northern Colorado did well from this weather, picking up 20cm of fresh powder. Here’s the mouthwatering video the resort shot yesterday to celebrate…

However, it’s the forecast for the next four days which has really got everyone buzzing. A big lump of warm, humid air is due in from the tropics, hitting California first and then spreading into a broad swathe of the Rockies. It’ll be mild – which means rain in the valleys. But there will be big dumps at altitude. “Several feet of snow possible on the mountain tops,” says Bryan Allegretto, Open Snow’s Tahoe reporter. “Snow will be measured in FEET,” predicts Evan Thayer in Utah. In Colorado,  Joel Gratz is calling for “20+ inches of snow” in the most favoured resorts. 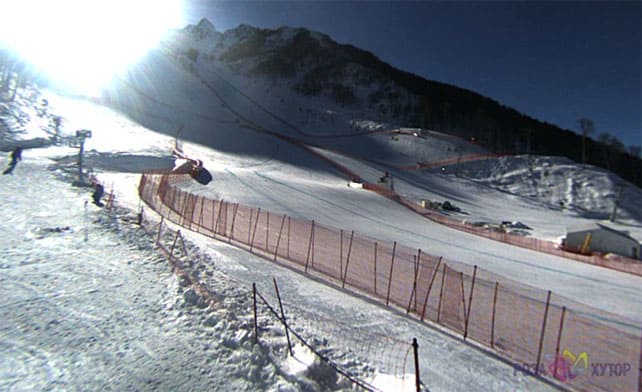 The weather is behaving itself at Rosa Khutor, which is hosting all the Alpine Skiing disciplines at the Winter Olympics. Currently the snow is 60-263cm deep. It looks as though there could be more snow there on Tuesday.