There’s Fresh Snow in the Alps, but… 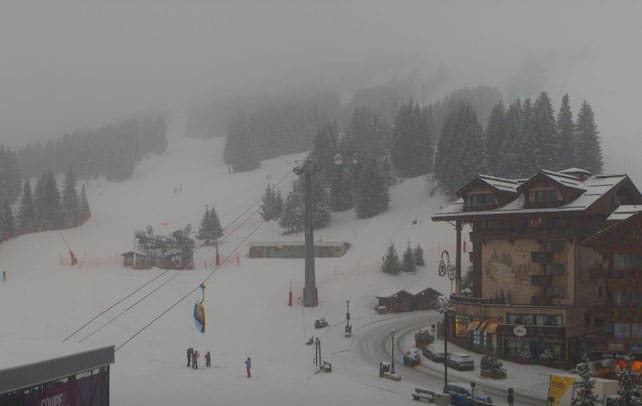 La Croisette at 1850m in Courchevel this afternoon. Photo: courchevel.com

There’s fresh snow falling in the northern Alps this afternoon – and in France and Switzerland accumulations of 20cm are expected in places.

What’s more, in the short term the snow is settling down to 1200m. 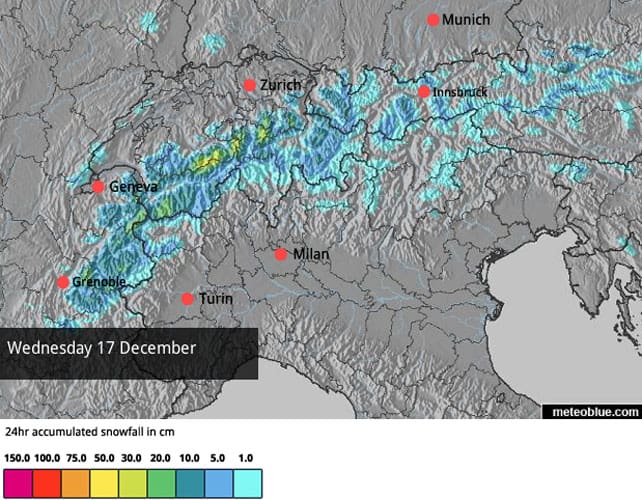 Above is our latest snow forecast to give you an idea of the extent, and amount of snow we can expect from this weather front. But please don’t get too excited. This is not an event which will fundamentally change the threadbare conditions in the lower Alpine resorts – for the simple fact that it will be followed by a sharp thaw. According to Meteo Chamonix, the freezing point in the French Alps will jump to 2900m for a time, before sinking back below 2000m on Saturday. There’ll be probably some rain on lower slopes, a bit more snow higher up, and some sunshine, too.

As a result, the higher resorts should hold on to some of this new snow, and it will help beef up their pistes, just in time for the Christmas rush. But below 2000m it’s hard to see how it will have a lasting impact.

Looking beyond Saturday, the forecast is uncertain, and constantly changing. A cooler spell is likely at the weekend, with milder weather again at the beginning of next week. Mid-range charts suggest there may be snow around Christmas Day, but it’s much too soon to be sure of that.

Here’s a quick squizz at the white stuff this afternoon, starting with Tignes in France. 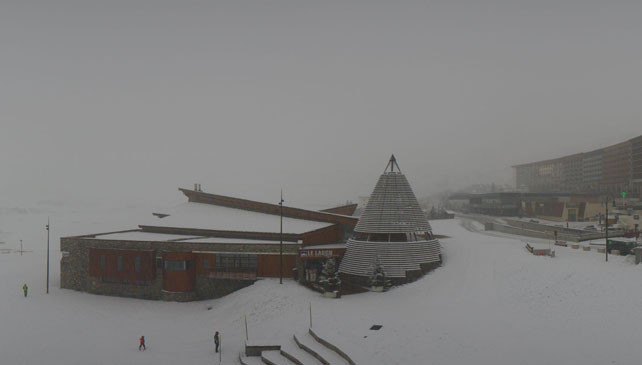 Meanwhile here’s how it’s looking on the Front de Neige in Les Gets, France. 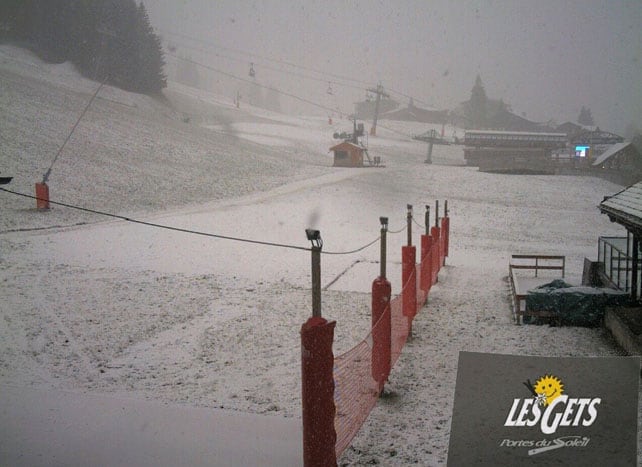 Pictured below is Avoriaz, France. 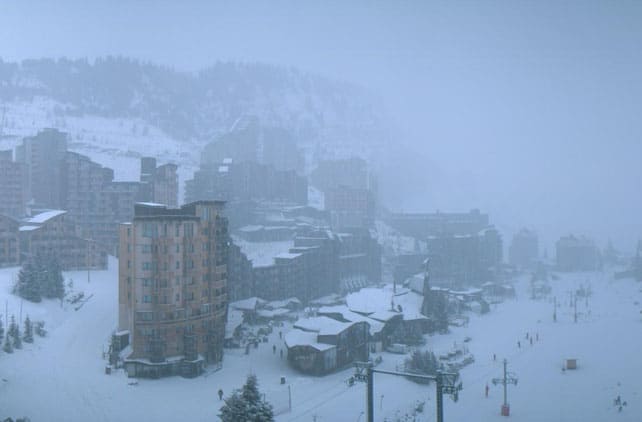 Below is how it’s looking in Verbier, Switzerland this afternoon. 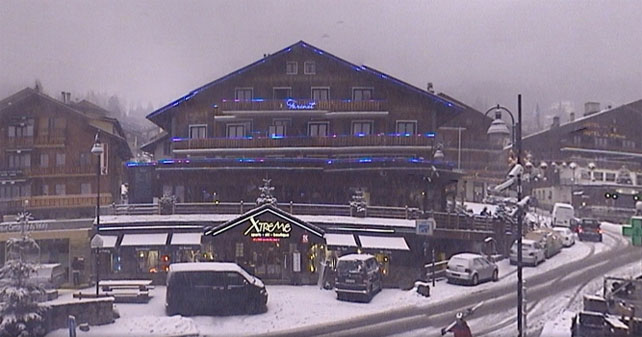 And here’s the snow just starting to fall in Lech in the Arlberg in western Austria. 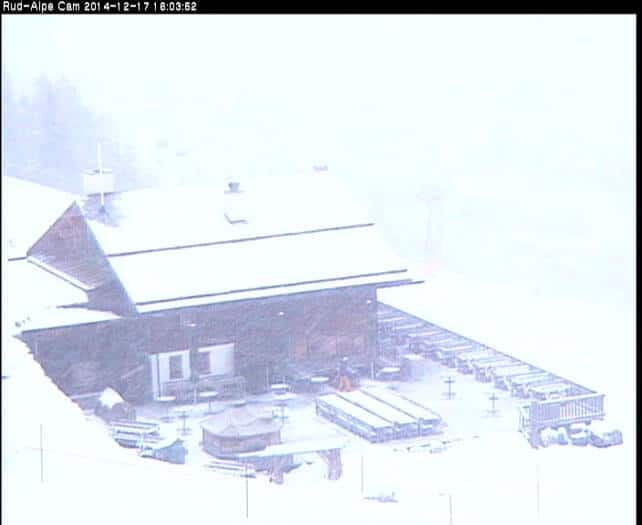 I’ll provide a fuller update on the situation in the Alps in tomorrow’s Snow Report, but for now a poor start to Christmas is on the cards for resorts with most of their skiing between 1,000-2,000m. For example, both Morzine and Les Gets have decided not to open their pistes at the weekend, and skiers will need to catch a bus to the lifts up to Avoriaz instead. Mid-level resorts aren’t exactly going flat out, either. Les Arcs currently has eight pistes open, and Lech only two. By contrast, above 2,500m there is decent piste skiing, with 100% of both Cervinia’s and Val Thorens’ pistes open. In Val d’Isere, where 33% of the pistes are currently open, World Cup ski racing will be going ahead at the weekend as planned. Meanwhile, above Ischgl, 117km of its pistes are currently skiable.

No Responses to “There’s Fresh Snow in the Alps, but…”