Brilliant Sunshine Across the Alps

Clear skies and brilliant sunshine are the dominant theme in the Alps as the week draws to a close. Today, I’ve been skiing in Canazei, in the Italian Dolomites; and the views have been stupendous from start to finish. 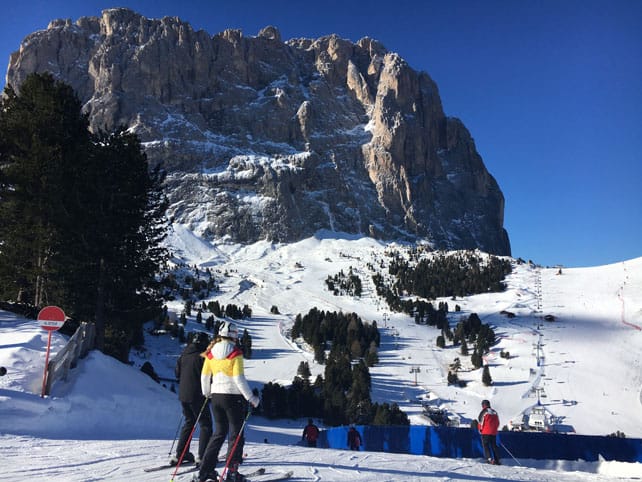 Few other landscapes can match this place. The view of the Eiger, Monch and Jungfrau from Mürren in Switzerland is one. The Mont Blanc massif, as seen from Courmayeur or Chamonix, is another. But the towering cliffs of the Dolomites are unique. You can’t tear your eyes of them.

It’s hard to believe how good the snow is here, too. Regular followers of the Snow Report will know that the Dolomites have had almost no natural snow so far this winter: but even so there are nearly 1100km of skiable runs across the region, thanks to its snow cannons and the teams of piste-bashers. I was expecting the pistes to be pretty hard-packed as a result: but in the Belvedere and Col Rodella sectors especially the snow was remarkable: squeaky under your boots, grippy, and not at all icy. According to our guide, Martino, the snow cannons work under great pressure here than normal, and the end-product is drier and softer as a result. It was certainly a joy to ski this morning. 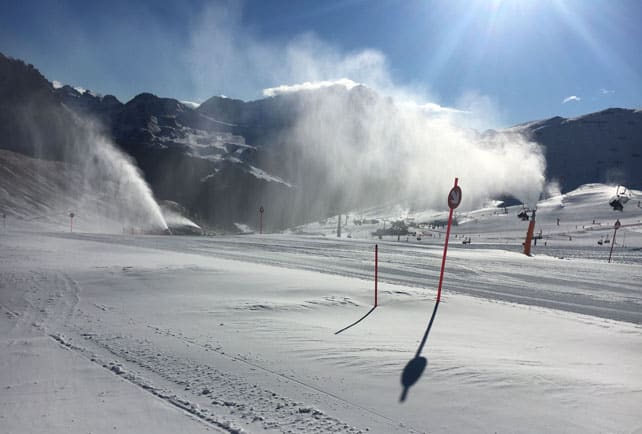 On the other side of the great Alpine ridge, the scene is rather different, thanks to all the white stuff dropped by Mother Nature over the last couple of weeks. Austria and eastern Switzerland have had the best of it, but the northern half of the French Alps are in much better shape now as well. Here’s how it’s looking at La Croisette in Courchevel today. 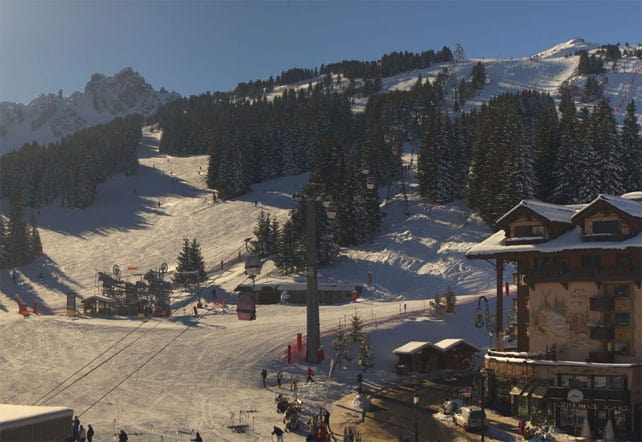 Off-pisters must bear in mind that across much of the northern Alps the avalanche danger is still 3/5 at altitude. Considerable caution is needed if you’re planning to venture off the waymarked trails.

On piste, however, conditions are very good, helped by frigid temperatures which have kept the snow in tip-top condition. It is getting a bit warmer now: especially in the eastern Alps. In the Austrian Arlberg, for example, the daytime freezing point will be up to 2400m on Sunday, so south-facing pistes will be softening in the sunshine and hardening up overnight. In the west, however, the freezing point won’t be rising much above 1600m. 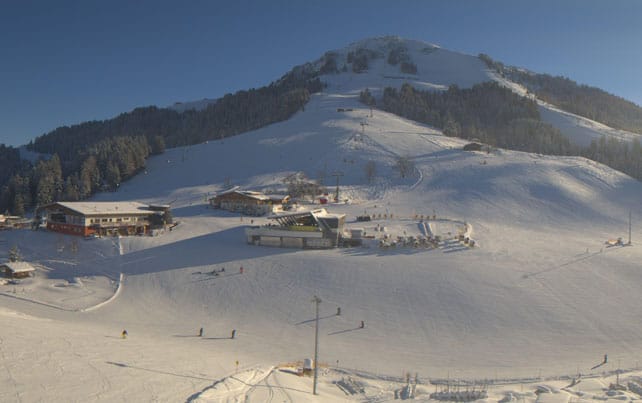 In the near future, the best chance of fresh snow lies in the south-eastern corner of the Alps. Here, resorts in the southern French Alps (such as Montgenevre), the Milky Way in Italy (home to Sauze d’Oulx), as well as Val d’Isere, should see snow on Sunday and Monday. (It’ll be rather like the storm that visited the region just before Christmas.) But there’s no sign yet of another blizzard to match the one that arrived over the northern Alps last Friday. It’s a pity. We could do with another big dump to really build up the snow depths in the northern resorts of France. 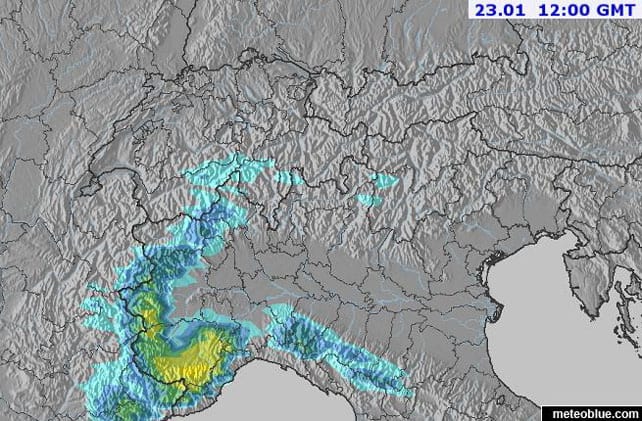 California is getting another pounding. The next storm cycle won’t be as dramatic as the one that hit last week. But some resorts had 40cm of snow overnight and local snow guru Bryan Allegretto reckons there’s still a metre or more to come. It’ll feed into the Rockies too: as much as 125cm could fall in the mountains of southern Colorado. 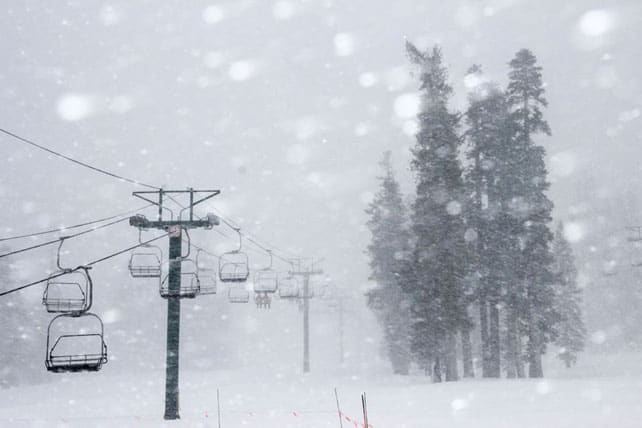 Further north, Whistler is in good shape after 84cm of fresh snow the last seven days.

No Responses to “Brilliant Sunshine Across the Alps”