Up to a Metre of Fresh Snow in the Northern Alps 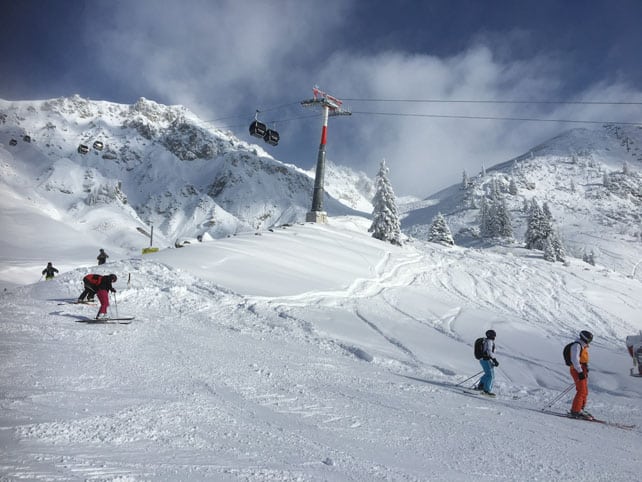 Thank you, Snow Gods! The meaty storm that hit the northern half of the Alps at the end of last week has dropped significant amounts of snow.

In the French Alps, Meteofrance’s avalanche service reports up to 95cm of fresh snow in the area encompassing Flaine and Avoriaz since Thursday; up to 70cm in the Chamonix Valley; up to 75cm in Val d’Isere and Tignes; and up to 65cm in the Three Valleys.

Here’s how it looked in Flaine yesterday. 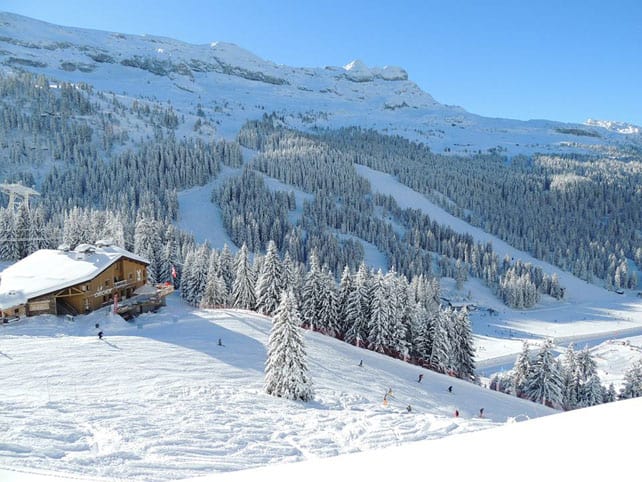 And this was the scene in Val Thorens in the Three Valleys. 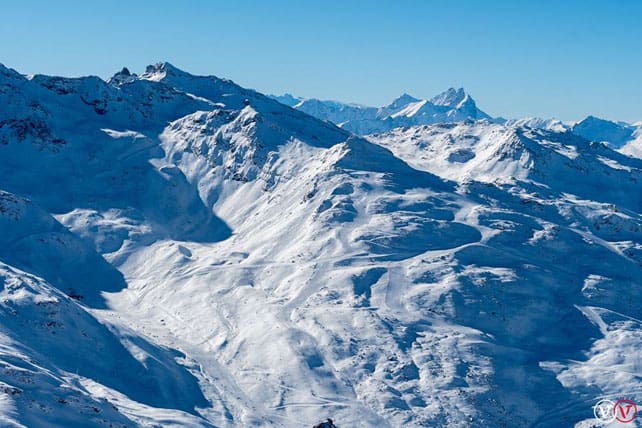 In Switzerland, there’s been 60-80cm of snow in the north-eastern resorts and 30-50cm in the north-west, according to the SLF. 10-25cm has fallen in resorts close to the Italian border.

Meanwhile in Austria, the Tirol’s avalanche service has reported up to a metre of new snow in the Arlberg (home to St Anton and Lech), and about half that in the northern resorts, such as Kitzbuhel and the Skiwelt. This is on top of the moderate to heavy snow that fell the week before last. 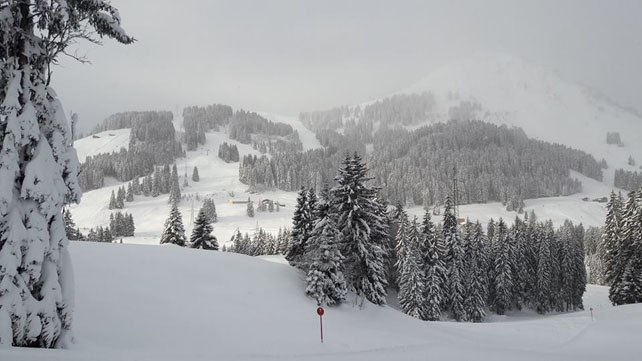 The Skiwelt this morning. Photo: © Skiwelt/Facebook

Temperatures are low, too, so the snow is in excellent condition, and a joy to ski – on-piste at least. Off-piste, it’s risky. In many areas, the avalanche risk is at 3/5, and in some (notably the Haute Savoie of France) it’s 4/5 – which effectively rules out off-piste skiing of any kind. Many reports talk of very weak layers buried in the snowpack, as well as windslabs on the surface, both of which will remain unstable for some time.

Given the base that had already built up earlier in the month, the Arlberg is probably the best place to be skiing right now – with 60-160cm of settled cover on the slopes today in St Anton, and 125-155cm in Warth. I’m ever-so-slightly jealous of my co-editors Peter and Felice as result: because that’s where they’re skiing today. Talk about right place, right time… 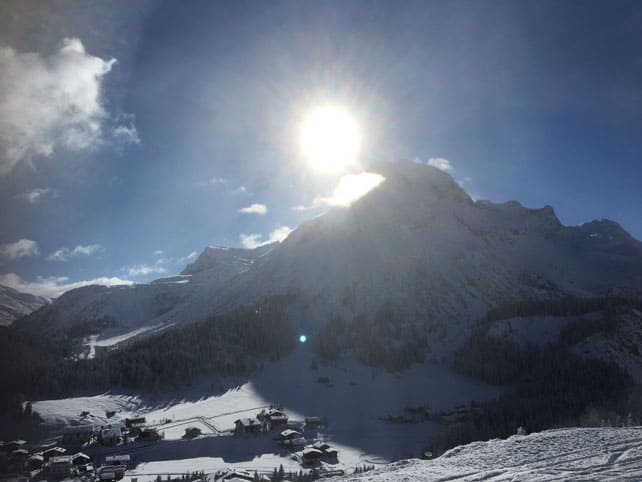 Lech in the Austrian Arlberg this morning. Photo: © welove2ski.com

In the west, the Val d’Isere–Tignes ski area in France is in great shape right now as well – with lots of fresh snow on top of a good base laid down in storms at the end of November. Elsewhere in the northern resorts of France, conditions have improved dramatically on the pistes, but when the avalanche risk subsides, off-pisters may find they’re scraping down to the rocks below.

By contrast, in Italy, the only resorts it share the bounty were those hugging the northern border. Courmayeur and other resorts in the Aosta Valley, such as Pila and La Thuile, had a decent top-up – although not as much as in France. But in the Dolomites there was only a faint dusting. More than a 1000km of pistes are currently open in the Dolomiti Superski area – an extraordinary achievement given almost all the white stuff has come from snow cannons.

Looking ahead, there are some snow showers in the forecast for Austria tomorrow, but essentially that’s all the snow for now. The next few days should be sunny and cold and near-perfect of piste-skiing, wherever there’s fresh snow.

We may have to wait until the end of next week for the next significant snowfall.

More than a metre of fresh snow in the Pyrenees 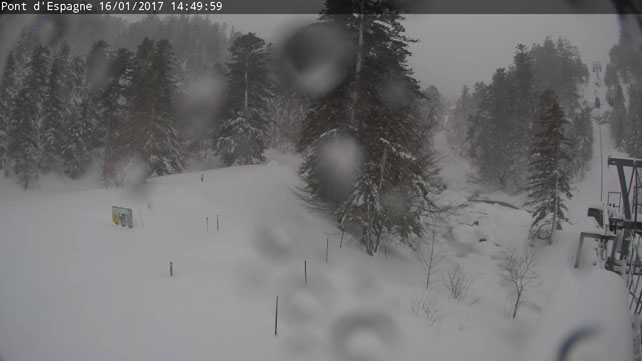 Pictured above was the resort of Cauterets in the French Pyrenees this afternoon. The resort reported 80cm of fresh snow this morning and the avalanche risk is 5/5! The lifts and pistes are shut today as a result.

Lots of pistes are currently closed in the Grandvalira ski area in Andorra too. This morning, the resort said more than 155cm of snow had fallen since January 10, and 70cm overnight. Across the ski area the avalanche risk is either 4/5 or 5/5. 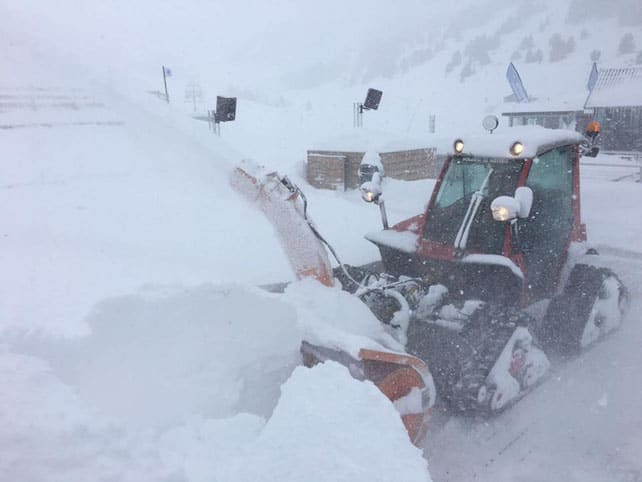 The skies are due to clear here overnight, and there’s unlikely to be any more snow before the weekend.

After the extraordinary storms last week in California and the American Rockies, the weather has calmed down temporarily. Now it’s Canada’s turn for a dump – with heavy snow due in Whistler and the Pacific Northwest. The storm should also affect the resorts of the Canadian Rockies such as Fernie and Lake Louise. Whistler could get more than a metre of the white stuff by the end of the week.

Then, on Wednesday, California gets its next storm, which will then push inland, eventually covering the whole of the American Rockies.

Here’s how Heavenly in California looked on Saturday. The resort has already had 7.31m of snow this season! 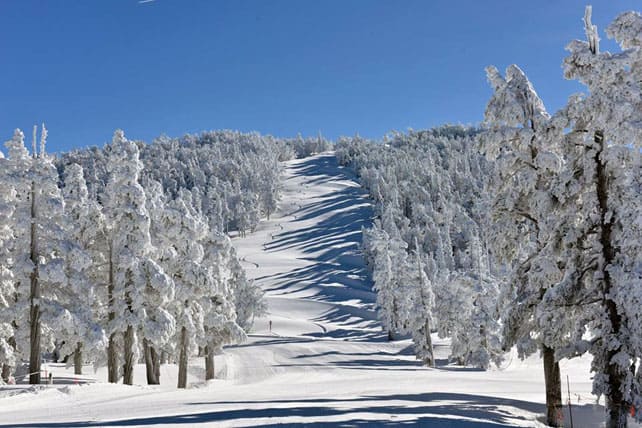