Snow Falling At Altitude Across the Northern Alps

After two weeks dominated by high pressure, the weather in the Alps is becoming more active. Snow is expected on several days this week, although it will be raining at lower elevations.

Forecasts for the end of the week vary, but there could be heavy snow in the central and the southern-western Alps on Friday and Saturday. 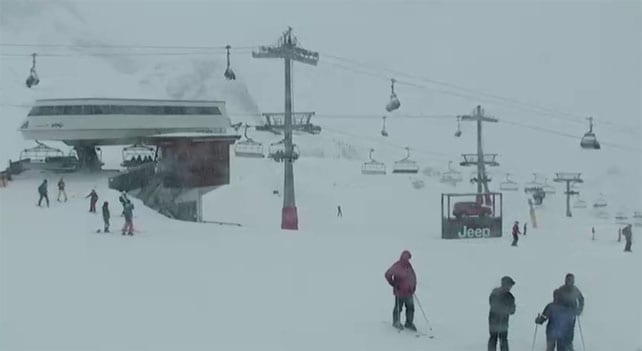 As I write this, on Monday afternoon, the snow is already falling at altitude in many resorts across France, Switzerland and western Austria. Unfortunately, it’s come in on a blast of mild air, and below about 2000m there’s likely to be rain – which is bad news for the lower resorts near Geneva.

Higher up, however, above the 2000m mark, we can expect 15-30cm of snow in some resorts – including Chamonix in France, Verbier, Engelberg and Laax in Switzerland, and Lech-Zurs in the Austrian Arlberg. Elsewhere across the northern Alps, 5-15cm is likely – at altitude, at least. 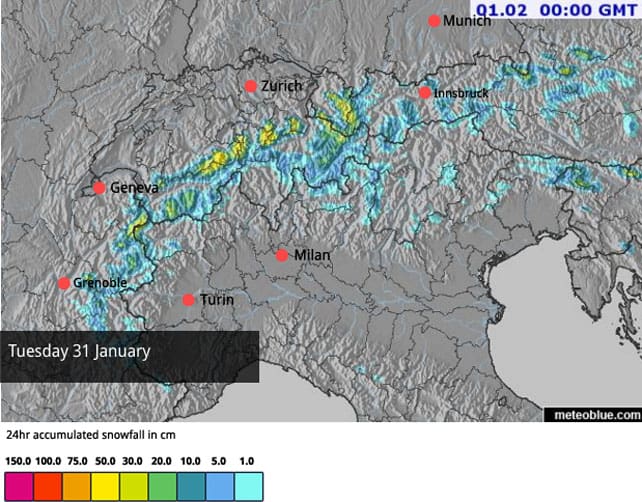 Skies are likely to clear on Wednesday, before the snow returns on Friday, along with slightly lower temperatures. The exact shape of that next weather front is still uncertain, but some forecasts are predicting moderate to heavy falls across many Italian resorts. We’ll need to wait a couple more days to be sure of that.

In the meantime, here’s a quick squizz at the webcams, starting with Serre Chevalier in France, which had about 5cm of snow at the end of last week – part of a storm that touched the south-western corner of the Alps. Resorts such as Limone and Sauze d’Oulx also had snow from the same weather system. 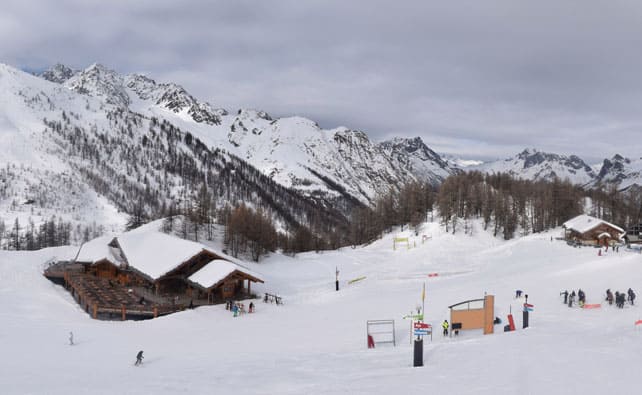 Pictured below in the Brevent sector of Chamonix, with the clouds down already and the snow falling. The next couple of days here will be both murky and windy, as they will across much of the northern Alps. 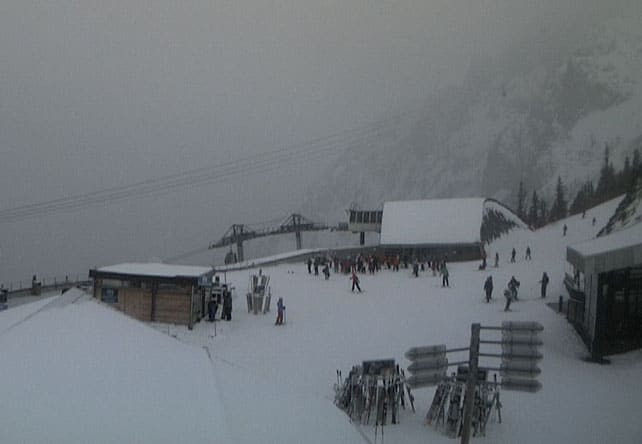 Here’s how it’s looking this afternoon above Wengen in the Jungfrau. 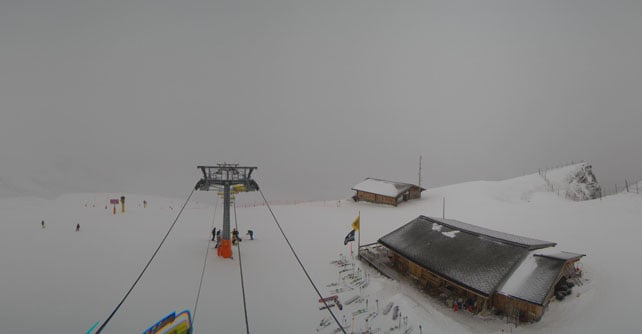 And this is Lech in the Arlberg, which shares its ski area with St Anton. 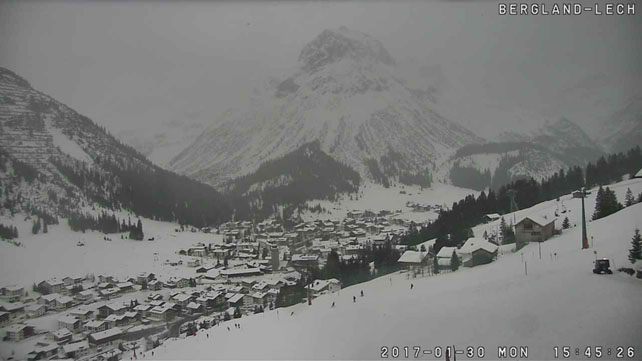 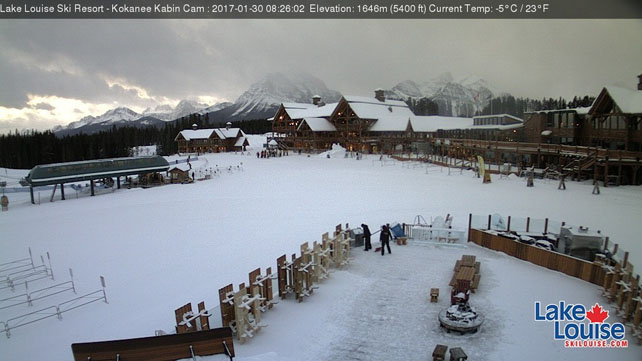 Lake Louise in Canada, which has 11cm of new snow today. Photo: skilouise.com

There’s been some snow across the Canadian Rockies overnight – but for the most part the weather in the western resorts of North American is dry, sunny, and almost mild for the time of year.

That’s quite a change from the extraordinary storms that have pummelled parts of the region since New Year. More snow is on the way. California should see another dump on Wednesday-Saturday, which could bring 30-45cm of snow to some resorts. Wyoming should see snow over the same period, and Utah and Colorado will get light to moderate snow on Friday/Saturday. However, we’re unlikely to anything to match mind-boggling accummulations of recent weeks.

Here’s a little reminder of how it’s been, courtesy of Powder Magazine in Jackson Hole last week.

2 Responses to “Snow Falling At Altitude Across the Northern Alps”