For the most part, the dry spell is continuing across the the Alps. However, there is a good chance of light snowfall in parts of the south-west over the next couple of days.

That’s where two of my fellow editors are skiing at the moment. Peter and Felice Hardy are in Val d’Isere, and have been experiencing the change in the weather. It’s already brought strong winds at altitude, and the occasional snow flurry, as you’ll see in the photograph below, looking down the valley from Le Fornet. 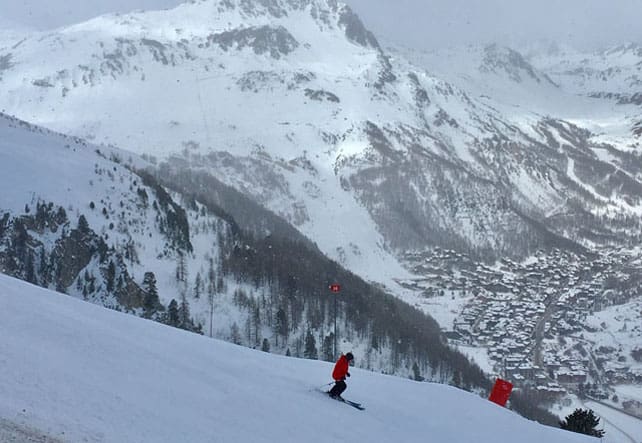 The wind’s blowing from the east, and the freezing point is at 1000m. That means it’s not nearly as cold as it was last week, but the wind is making it pretty uncomfortable if you’re on an exposed slope.

There’s the chance of snowfall in Val d’Isere both tomorrow and on Saturday. It’s going to be fairly light. The heavier falls will be further south, in resorts such as Limone and Isola 2000, though the Milky Way may pick up 10cm as well, along with some resorts in the Aosta Valley, such as Pila. 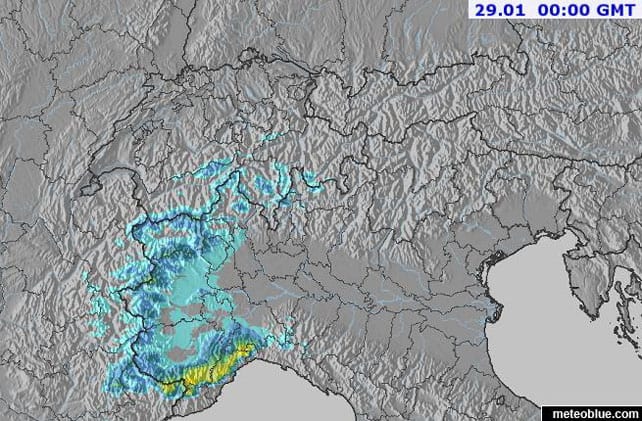 Elsewhere across the Alps, it’s been sunny today, although more cloud is expected over the weekend. On piste, conditions are good, in the wake of the early and mid-January snow. Bear in mind, though, that mild weather in the east has affected the cover on lower, south-facing slopes, which are softening up during the day and then refreezing overnight. So they can be hard-packed first thing in the morning.

Here’s how it was looking earlier today in Ischgl, Austria, where much of the skiing is above 2000m. 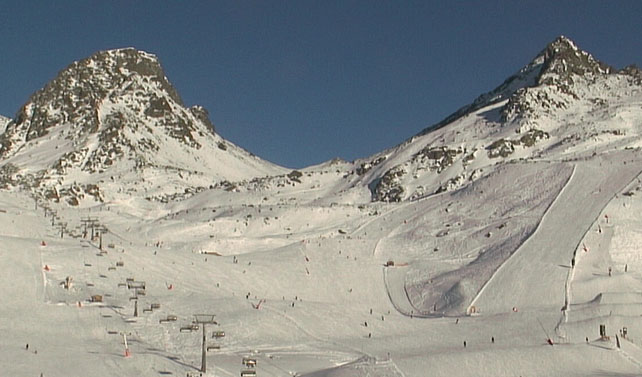 Off-piste across the northern Alps, the avalanche risk is subsiding as the snowpack settles. However at altitude it’s still 3/5 in places, and powder-hunters need to proceed with care (and hire a guide).

Meanwhile, in the south-eastern Alps, the resorts of the Dolomites are still heavily reliant upon their snow cannons for cover – although as I discovered last week, there’s great piste-skiing to be enjoyed there, all the same. 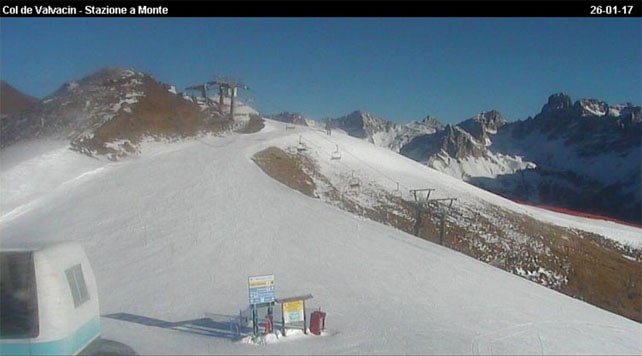 The slopes between Canazei and Pozza di Fassa this afternoon. Photo: visittrentino.it

Everyone would like see to see another big storm hit the region: in the western Alps especially, the snowpack is still pretty thin for the time of year. In the immediate future, there’s no sign of one coming, but today’s charts from the European Centre for Mid-Range Weather Forecasts are looking promising for February 3/4. 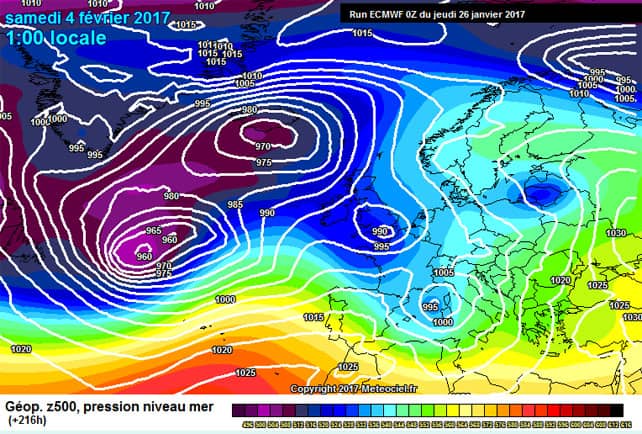 It’s too soon to be sure of such an outcome. But it’s good to see at least the possibility of proper wintry weather returning to the region.

It’s finally stopped snowing in California and the American Rockies. But it’s been, by every measure, an extraordinary month. According to Bryan Allegretto of Open Snow, the area around Tahoe has just had its snowiest month on record, and many resorts have a settled, mid-mountain snowpack of 3-5m. Here’s how it was looking in Heavenly on Tuesday.

Meanwhile in Utah, many resorts have nearly twice as much snow as normal for the time of year. In fact, if there was no more snow between now and April 1, they’d still be starting the spring with more snow than normal.

Here’s how it looked on Tuesday in Snowbird. The mid-mountain snowpack here is 428cm. AMAZING.

There’s been heavy snow in Jackson Hole, Wyoming. Check out the video shot on Tuesday…

As I said, there’s going to be a break now in the storm cycle. But heavy snow is expected again at the beginning of February.

No Responses to “Light Snowfall Expected in the South-Western Alps: Dry Elsewhere”