If you’re a little fed up with the weather in the Alps right now (see below), you might want to look away: because out west, they’ve got lots of snow.

Last Thursday, I reported on a decisive change in the weather in North America, and there’s been plenty more of the white stuff since then. The latest falls came overnight, and in parts of Colorado, they’ve been quite heavy. Pictured below, for example, was the snow stake in Loveland last night. 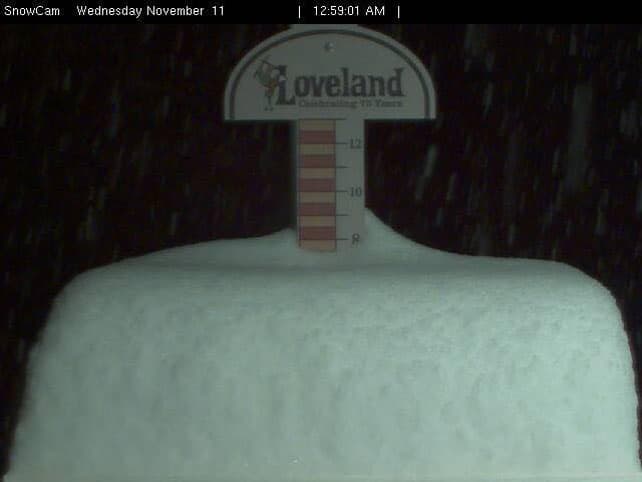 This was how the snow was standing in Breckenridge… 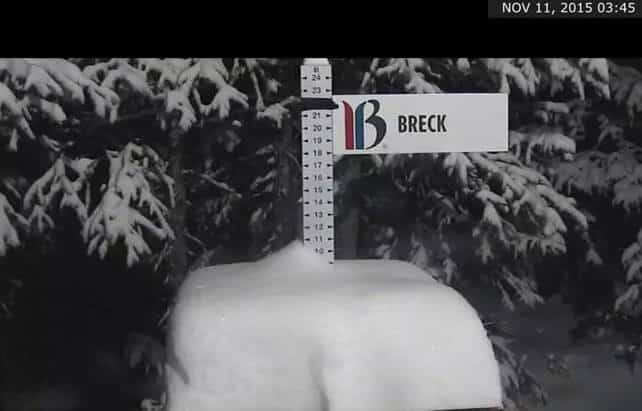 And this was Keystone. 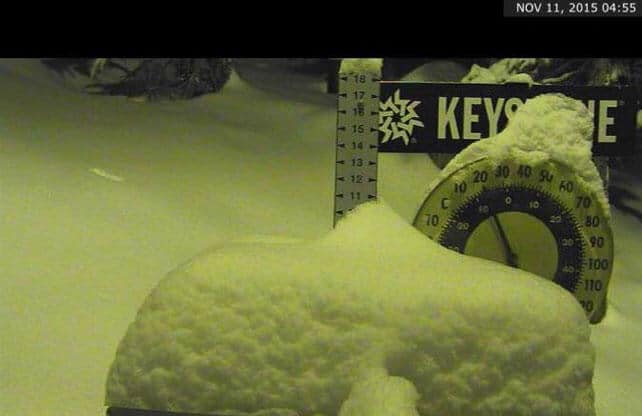 In Colorado, Loveland, A-Basin, Wolf Creek and Keystone are already open for skiing, and they’ll be joined by Copper Mountain today. Breckenridge gets going on Friday. Limited amounts of terrain are currently open, but with local snow guru Joel Gratz predicting two further snowstorms next week, more lifts and trails will be coming on stream soon.

Of course, we can’t be sure this snowy spell will continue to the end of the month – and there could yet be a spell of mild weather. After all, October was unusually warm in the west. But for now, no-one’s complaining. It could be a memorable Thanksgiving.

Resorts are opening early in California

As any snowfiend worth his or her crystals will tell you, a powerful El Niño has developed in the Pacific, and will disrupt snowfall patterns this winter in the USA and Canada. One of the most likely beneficiaries is California. A bumper snow season here is not a done deal, of course. We’re talking about the weather, not a machine. But the early signs are good. The state has seen several bouts of snow already and over the weekend there were some localised, heavy dumps. 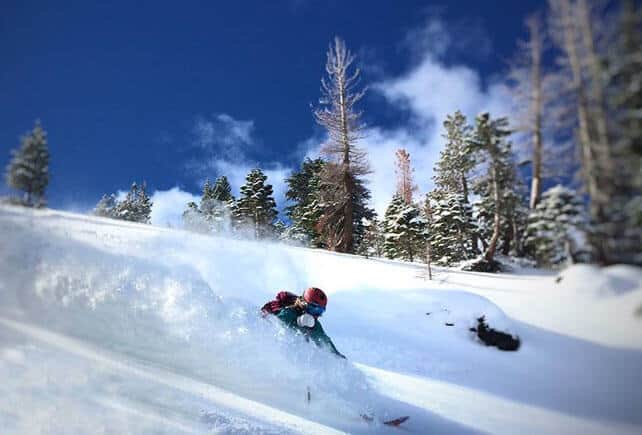 Resorts are opening early as a result. Pictured above was the laid-back little resort of Kirkwood, near Lake Tahoe, yesterday, which had over half a metre of snow on the highest slopes from a weekend storm. It’ll be opening to the public on November 14.

Also opening on Saturday will be Heavenly, Northstar and Squaw Valley. Alpine Meadows is opening tomorrow.

There’s been snow in Canada too

Whistler, on the west coast, isn’t due to open until November 26, but they’re hinting at earlier start date now, thanks to 45cm of fresh snow over the weekend on the top of half of the ski area.

Meanwhile, inland, Sun Peaks has had more snow, too. It doesn’t open to the public until November 21, but ski racers are already training on its trails. Here’s how it was looking on Monday.

Two resorts which will be opening this weekend are Sunshine Village in Banff National Park, which opens on Friday (joining Mt Norquay and Lake Louise, which are already up and running), and Big White, which starts its lift tomorrow. Big White reports 24cm of snow in the last week and a settled snow depth of 44cm. In Sunshine Village they’ve got about the same, as you’ll see from the shot below… 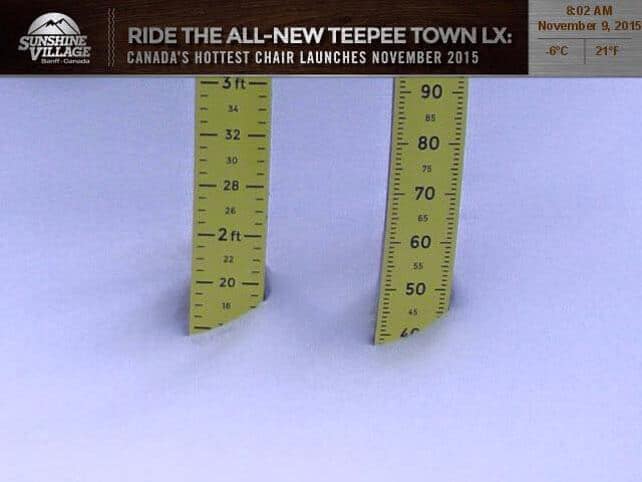 I’ve got one word for the weather in the Alps over the last two weeks:

Two weeks ago, we had the last of a series of snowstorms which seemed to be building steadily towards a good start to the ski season. But ever since then it’s been, for the most part, brilliantly sunny and unseasonably mild. The march towards winter has been stopped in its tracks.

Today, in the French Alps, the daytime freezing point topped 4,000m again. In Austria, the freezing point was 3400m, which is still higher than the top lift on the Hintertux glacier.

Here’s how it was looking earlier today on the Grande Motte above Tignes, where the glacier is open for skiing.

And this was the scene above the Pitztal Glacier in the Tirol. 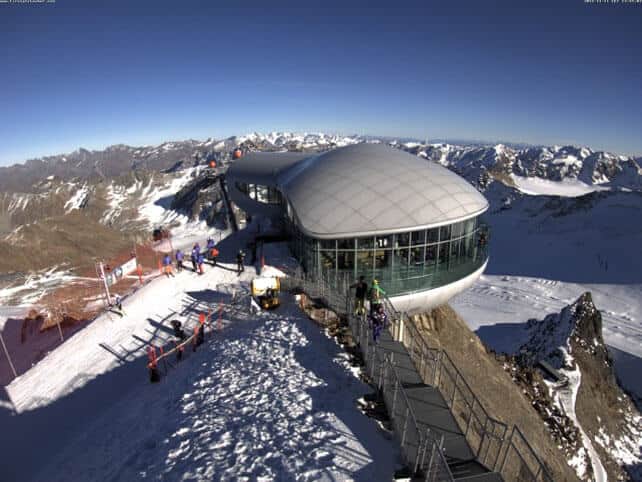 Admittedly, temperatures will cool a little at the end of the week, as cold air drifts south and brushes against the eastern end of the Alps. Our snow forecast is even hinting at a dusting of the white stuff, here and there. But this doesn’t look like the decisive change in the weather we’ve been hoping for.

Looking ahead, there is some cause for optimism. Much colder air is massing in the north, while the ridge of high pressure that’s dominated the European weather since late October is slipping south. When it does break down, the change could be sudden, and dramatic.

But we can’t count our chickens just yet. Next week, there should be more to talk about: but until then, please, keep doing the snow dances.

For advice on where to ski now, check out our guide to the best resorts for early-season skiing.

No Responses to “More November Snow in America and Canada”