A Snowy Start to November in the US and Canada 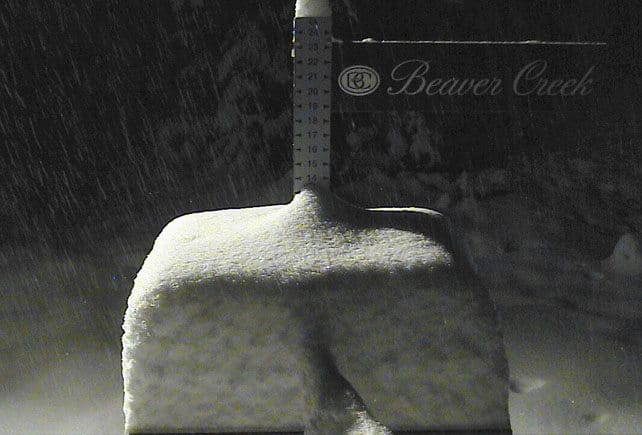 November is off to a cracking start in the Canadian and American west. Not everyone has benefitted, of course: and, let’s not forget, the ski season is underway in only a handful of resorts. But after the tense days of mid-October – when skies were cloudless and temperatures unusually mild – it’s a huge relief. Everyone’s excited.

Here are some of the highlights 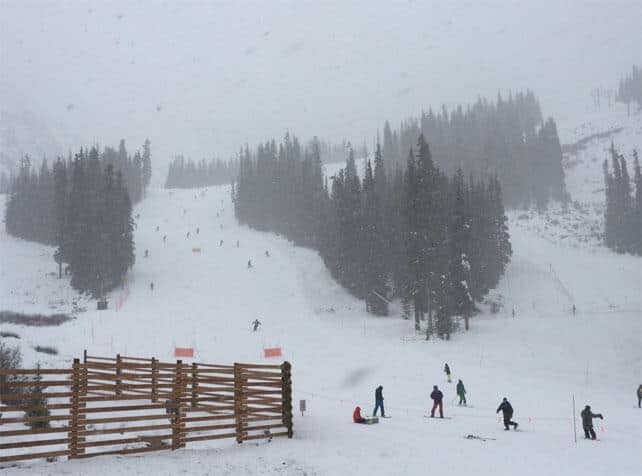 Copper Mountain may have postponed its opening day to November 13, but in the Colorado Rockies the march towards winter is gathering momentum.

At the end of October, the weather changed, and brought the first proper snowfalls – nothing spectacular, but enough to supplement the work done by the snow cannons in both Loveland and Arapahoe Basin. Both opened on Thursday last week (Loveland had three trails open, and A-Basin one).

Now the resorts of southern Colorado are having a proper dump. The video below was shot yesterday in Telluride, where 30cm had fallen by the evening – with more to come. The resort opens on November 26.

Wolf Creek had 30cm of snow yesterday, as well. It’s currently opening at the weekends for skiing. Last night, Crested Butte’s snow stake was showing 15cm of new snow (it’s due to open on November 25).

There’s been snow further north as well. Generally, it’s been in smaller quantities, but not at Beaver Creek, which – as you’ll see by my opening photo today – had 30cm by 2.50am this morning. BC is due to open on November 25.

Meanwhile, here’s a dog’s-eye-view of the snow yesterday in Breckenridge, which opens on November 13.

Everyone in California is hoping this winter’s powerful El Nino will bring a decent winter – and a storm on Monday stoked the fires of anticipation even further. The video below was shot in Heavenly above Lake Tahoe (due to open on November 20).

In fact, there was enough snow to allow Mount Rose above Tahoe to open for the season yesterday. Mammoth Mountain opens today and Boreal tomorrow.

After a run of threadbare ski seasons, California certainly deserves a big winter.

The ski resorts of Banff National Park got a top-up of snow at the beginning of the week – which is great news for Lake Louise and Mount Norquay. Norquay opens today. Lake Louise gets going tomorrow. It’s not going to be a vintage start to the season: Lake Louise will only be offering one chairlift and three trails – but it’s a start.

There’s been snow in Whistler, near the west coast, too – 35cm recorded at the top of the ski area. The resort isn’t due to open till November 26, but to help build the pre-season buzz, it sent Mike Douglas and Robin Van Gyn to the top of Blackcomb mountain to investigate…

What’s more, all of the principal ski regions in western Canada and the US are expecting more snow over the next seven days.

Doh. After last week’s winter preview, autumn has turned mild and sunny in the Alps.

The extraordinary visibility is great news for the race training programmes on the many glaciers now open to skiers. This photo comes from the Snoworks race training camp in Tignes last week. 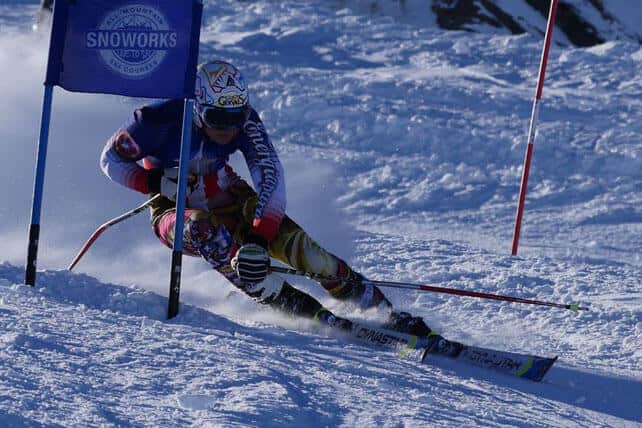 It’s been good weather for freestylers too. This was David Wise yesterday, at the Betterpark on the Hintertux glacier in the Tirol. 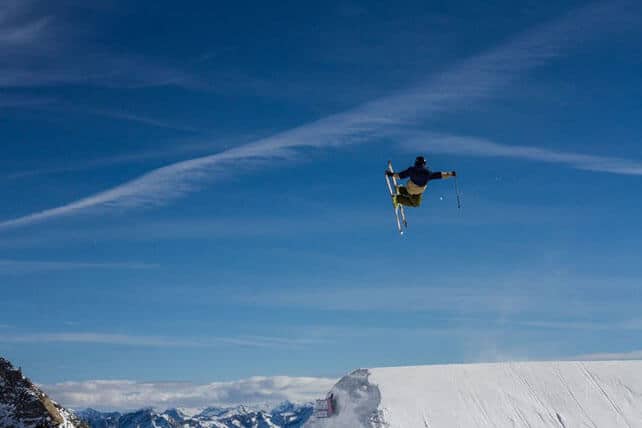 But with daytime freezing points due to hit 4000m again this weekend, last week’s snow has gone scurrying back uphill. The warm weather is expected to stretch into next week – at least as far as the opening day at Obergurgl, on November 12. Thanks to hard work by snow-making and grooming teams, the higher pistes in Obergurgl are already skiable (ski racers have been training there earlier this week). But still: Mother Nature is not being helpful.

At this time of year, the weather can change dramatically in just a couple of days. But if you are planning to ski the early season, make sure you’ve built plenty of altitude into your plans. Check out guide to the best resorts for November and early December for some recommendations. And sacrifice a few chickens to the Snow Gods, too…