More Snow is Forecast for the Alps 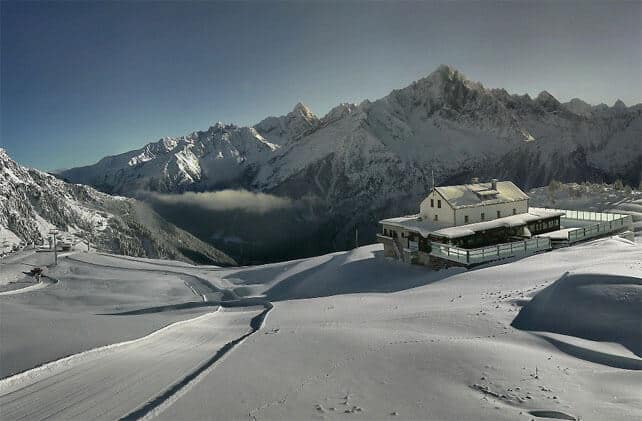 The storm has passed, the sun’s out – and today the Alps are looking absolutely gorgeous…

So, to celebrate the first proper snowfall of the winter, I’ve put together a survey of some of the best images of the new snow so far, by way of a Snow Update (the next full Snow Report will be coming midweek).

But before we get started, here’s another reason for Snowfiends to be cheerful today: the snow forecast! 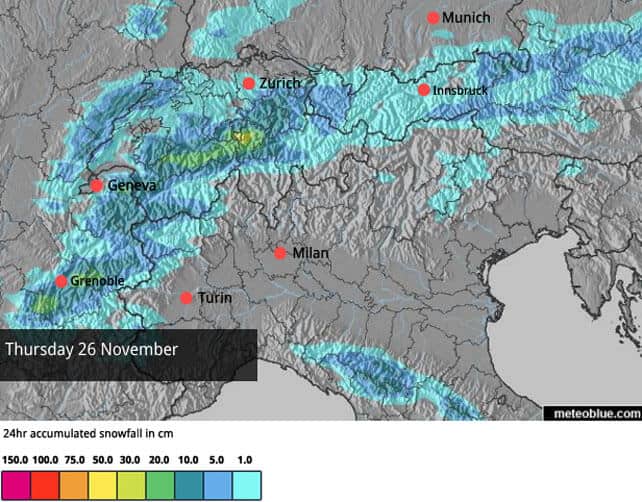 Welove2ski’s snow forecast for the Alps, for November 26.

As you can see, more snow is expected this week, and not just on Thursday, either. If it holds good, parts of the north-western Alps could see 30-40cm more before the clouds lift. With several opening days fast approaching – including those for Val d’Isere, Val Thorens, Verbier and Ischgl – the new snow (and frigid temperatures) couldn’t have come at a better moment.

However, I also want to caution against everyone getting too excited right now. Yes, the new snow is fantastic news – in a few spots across the French Alps there was over a metre at the weekend. Yes, there’s going to be more this week (although we may not see it fall in quite the quantities currently forecast). And yes, the resorts are taking advantage of the chill, and will be running their snow cannons at full pelt this week to build up stocks of the white stuff. The higher resorts will get off to a solid start as a result.

But we mustn’t forget how mild it’s been lately: and there’s still a lot of warm air hanging around over the Atlantic. It’s too soon to be sure of any forecasts for next week, but several mid-range weather models are suggesting we’ll see a return to much milder and more settled weather.

That’s no surprise at this time of the year, In the Alps the run-in to Christmas is almost always a bumpy one. But this thaw may have more bite than is usual for late November, and if you’re planning an early-season ski trip, or a Christmas ski holiday, I’d make sure there’s plenty of altitude in your plans – just to be safe.

Right, that’s the caveat out of the way. Now…feast your eyes!

It was in the north-western Alps that most of the snow fell. This was Verbier this morning. The Swiss resort had up to 70cm of fresh snow on the higher slopes this weekend, and will decide tomorrow when it opens: either midweek, or on November 28. 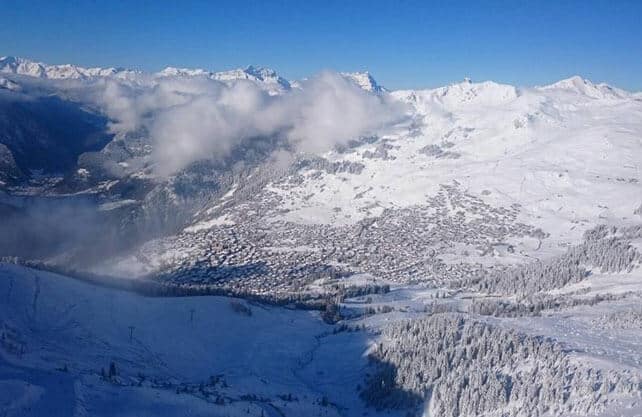 Pictured below was the Double M piste in Tignes this morning. Up on the glacier, Tignes had 65cm on Friday night – with more falling on Saturday. The pistes up there have been open up there for several weeks: and by the look of it you’ll soon be able to ski back down into the resort, too. 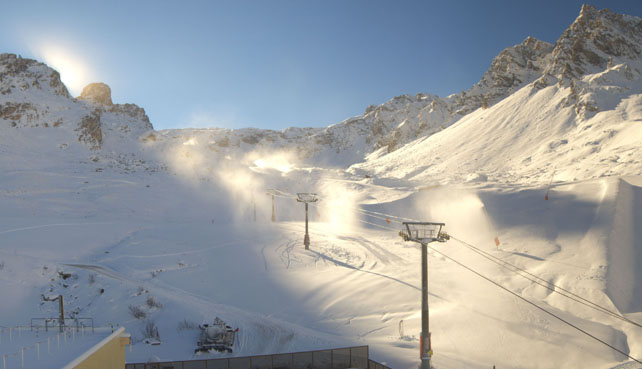 Let’s not forget, Val d’Isere opens at the weekend too, and aims to link up with neighbouring Tignes. Here’s the view from the Rocher de Bellevarde today. 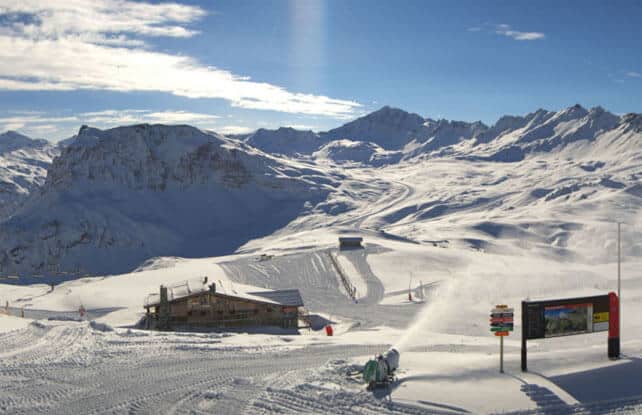 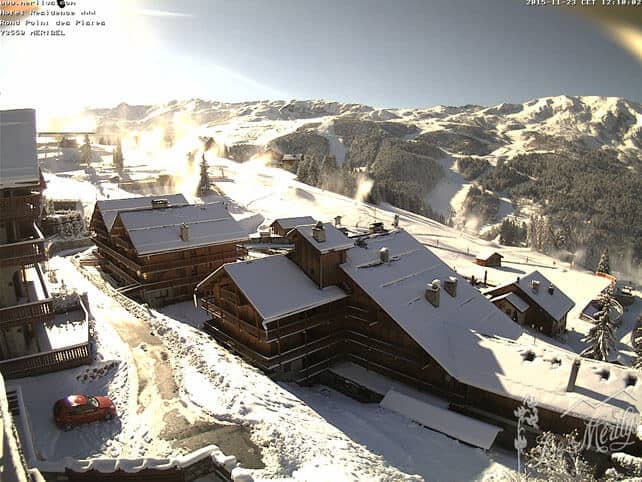 Here’s a little taste of what they’ve got in Val Thorens, which opens on Saturday. 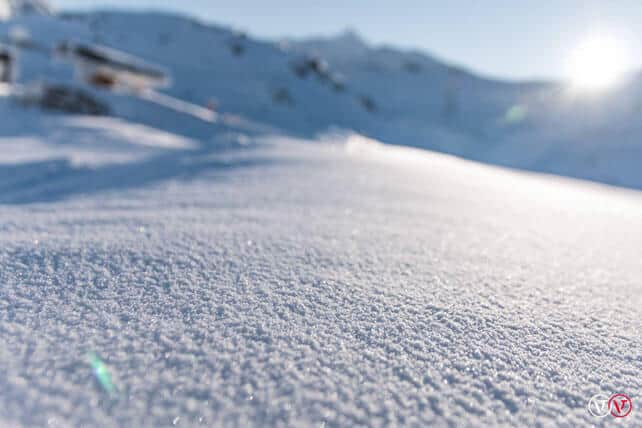 And here’s a video shot yesterday afternoon in Les Arcs.

In Austria, it was the Arlberg that got the heaviest snow over the weekend. This was Lech on Sunday, after it notched up 50cm of the white stuff. The resort opens on December 4. 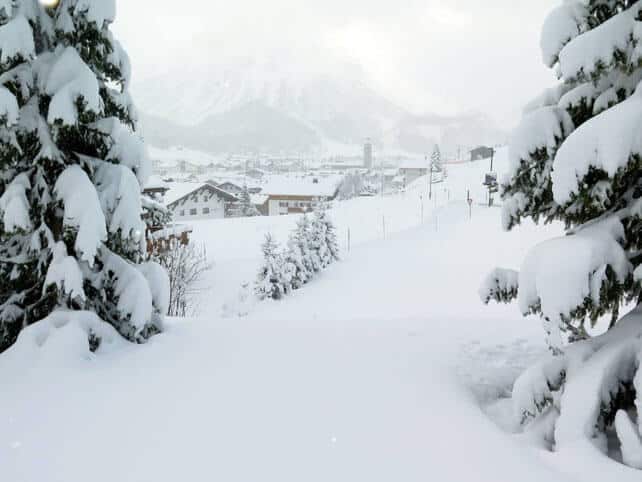 Elsewhere in Austria, it didn’t snow so heavily: but the scene is still a wintry one. Pictured below was Obergurgl in the Tirol this morning. It opened on November 12 and now has up to half a metre of snow packed down on its pistes. 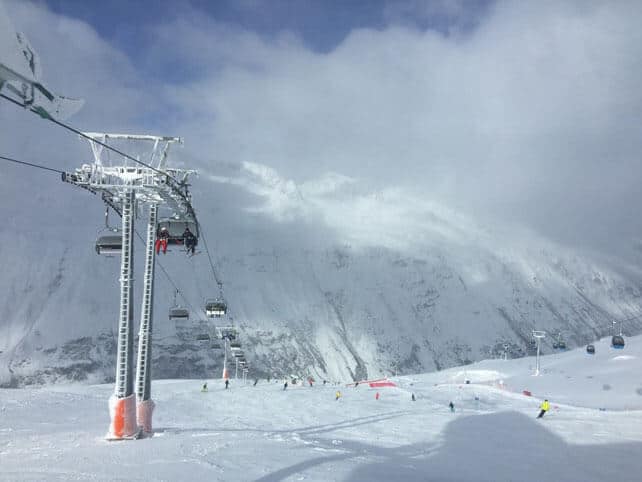 And this was the scene across Ischgl, which opens on Saturday. The resort reports 30cm of settled cover on its pistes. 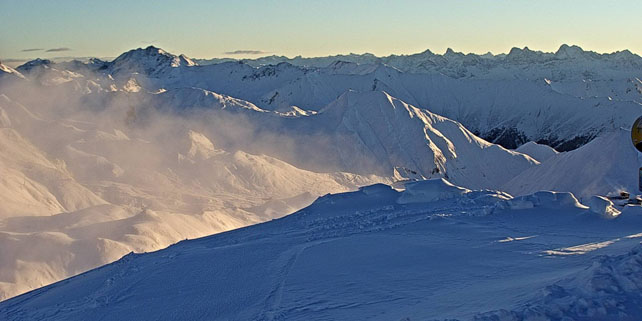 Pictured below was Scheffau earlier today. Scheffau is in the Skiwelt, which aims to open on December 5. 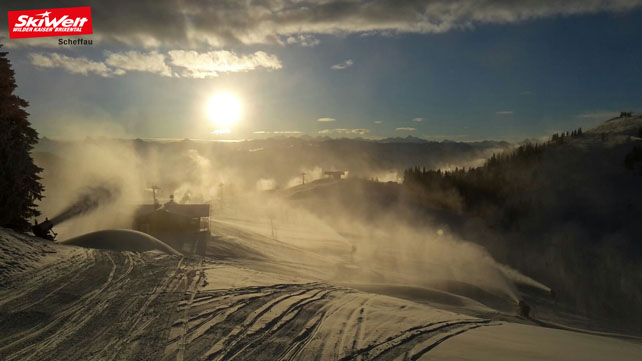 Sadly, most Italian resorts have had only dusting: the storm didn’t get much beyond the central east-west spine of the Alps. But there were exceptions, especially in resorts that hug the international border. Cervinia, for example, had 20-35cm across its slopes at the weekend, although the wind did get to it, and scoured the slopes. The pistes are currently reported to be hard-packed. 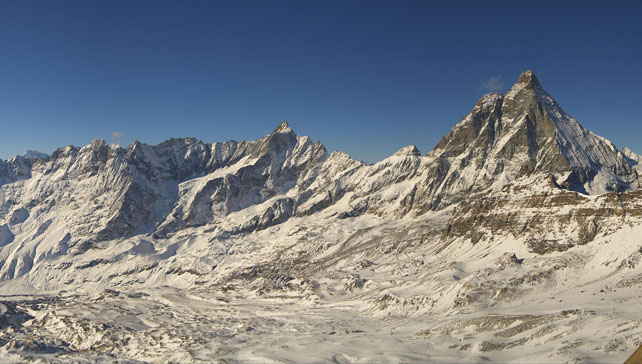 It’s been snowing in the Pyrenees, too 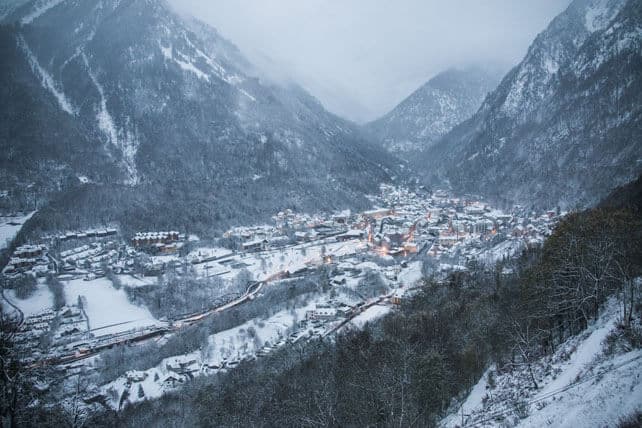 Meanwhile, in the Pyrenees, it snowed this weekend, too – right down to the valley floors. This was Cautertets yesterday, which reported 40cm of snow at 1850m. It’ll be one of several resorts in the Hautes Pyrenees opening this weekend. There was snow in Andorra too, and the resorts of the Grand Valira ski area will be opening on November 28, too.

No Responses to “More Snow is Forecast for the Alps”