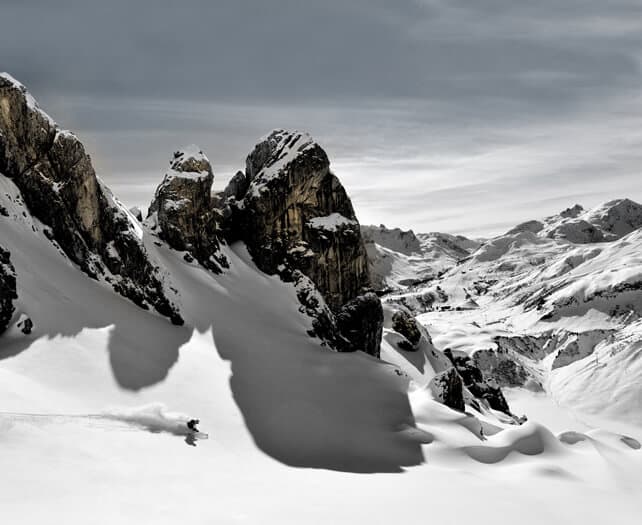 Vail Resorts has announced its largest-ever offering of free European skiing to holders of its Epic season pass.

Currently, the pass costs $809 for unlimited, season-long skiing in 13 American and Australian resorts – including Vail, Breckenridge, Beaver Creek, Heavenly, Kirkwood and Park City. On Friday, Vail announced six of the most famous ski areas in the Alps would also be offering Epic Pass holders free access to their lift systems.

In each case, access is limited to only 2-5 days of skiing. But all the same, it’s a mouthwatering line-up, and includes Val d’Isere, Courchevel, Verbier, St Anton and Madonna di Campiglio.

These are the areas that have been opened up. 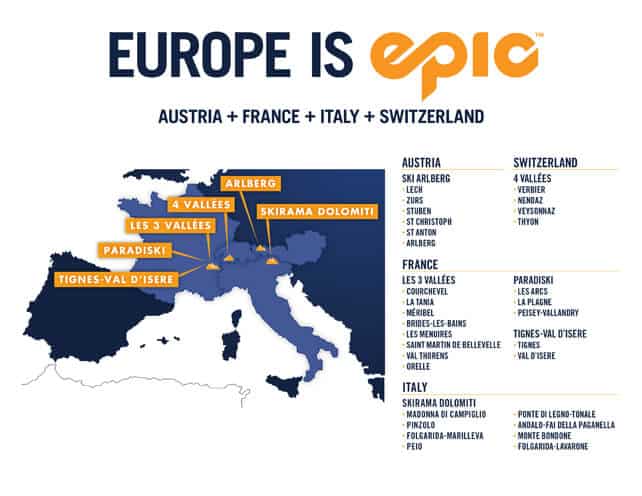 This isn’t the first time Vail has arranged free European skiing for its Epic Pass holders, and there are a few restrictions. In Switzerland and Austria you’ll need to book approved accommodation to qualify, and in Italy give at least a week’s notice of your arrival.

But all the same, the line-up of famous names is now longer than ever. With the dollar currently so strong against the Euro, a sizeable number of American skiers will be tempted to come over. After all, if you knit even a few of these resorts together, you’ve got the makings of a very tasty road-trip.

The current $809 price for the Epic Pass is valid until the end of today, September 5 – after which it’s likely to rise.

The fact that Vail Resorts has been able to negotiate all these deals is testament to its growing power in the ski industry. The Epic Pass is already the best-selling season pass in North America, and it’s likely to become even more alluring next winter, when Whistler is added to the mix (the famous Canadian resort will be bought by Vail this autumn). Rival resorts must now be wondering how they’ll be able to sell their own season tickets in key markets such as Denver.