And still it snows… 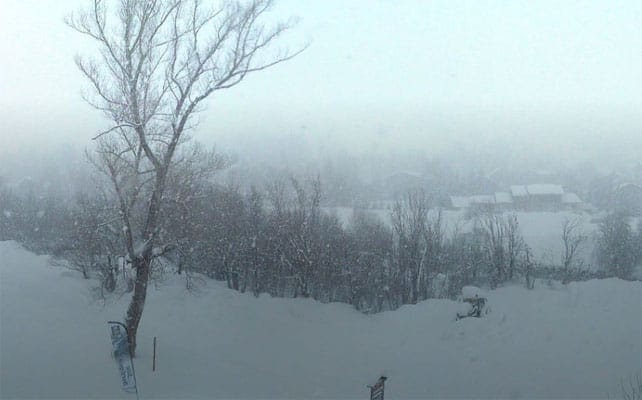 Serre Chevalier, in France, today. The cover is 130-250cm deep, depending on altitude. Photo: serre-chevalier.com

The winter storms that have been piling into the UK over recent weeks have affected the Alps too, and there’s no sign of them stopping.

Check out today’s snow forecast for the Alps, below. 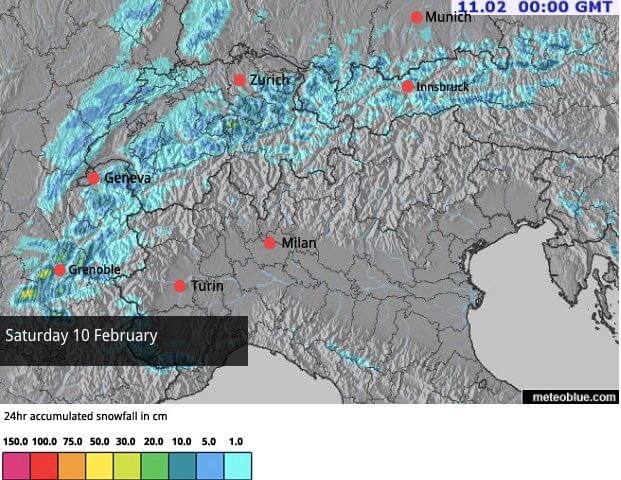 Once again, the southern half of the region is getting the lion’s share, with up to half a metre expected today in places. Further north, the skies are mostly grey, and a dusting of snow is expected. However, the chief characteristic there will be the Foehn wind blowing from the south, which is pushing up the avalanche risk in many places. For example, in Serre Chevalier, France, and the southern edge of the Tirol in Austria, it’s now 4/5, which means it’s too dangerous to go skiing off-piste.

One point to note about the northern half of the Alps: the region had a fair amount of snow last week, and at the weekend. The northern French resorts did particularly well from this: snow cover is now generally very good above the 1300m mark, and Meribel in the Three Valleys reports 106-164cm of cover depending on altitude.

In the resorts north of Innsbruck there was 10-20cm of snow at the weekend too: not as much as there was in the west, but still very welcome.

Right, onto the webams, starting with Les Deux Alpes, south of Grenoble, where the settled snow is 45cm deep on the lowest pistes, and 190cm at the top. 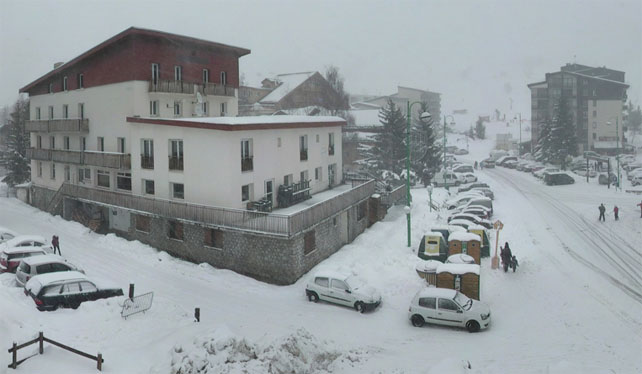 Further north, in Meribel, there’s less snow falling today, but the cover is still good – up to 164cm deep on the higher pistes, and up to 200cm deep in Val Thorens next door. 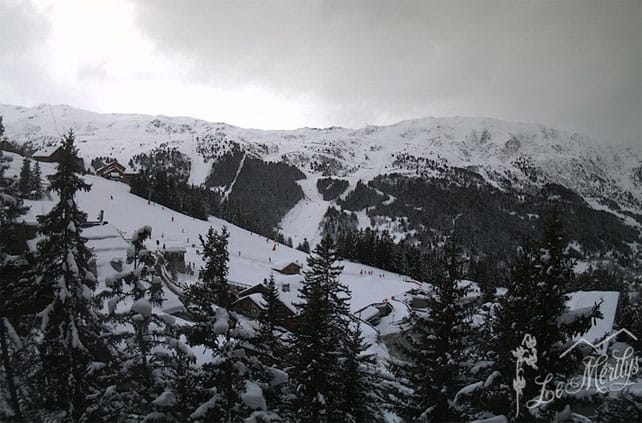 Pictured below are the white-out conditions in Cervinia, Italy, this lunchtime. High winds have closed the links over to neighbouring Zermatt, and the settled cover is 220-410cm deep, depending on altitude. 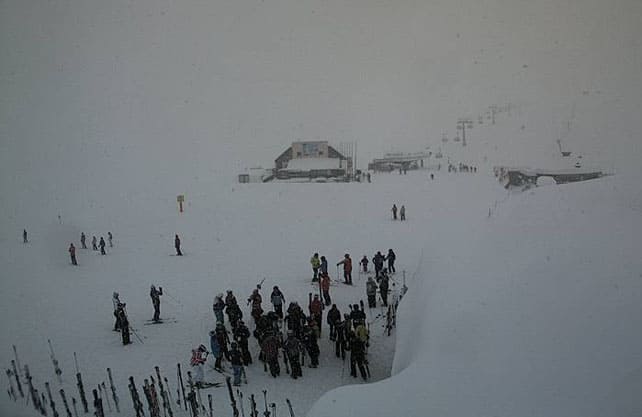 Pictured below is Madonna di Campiglio, in the Brenta Dolomites, where the cover is 240-270cm deep. 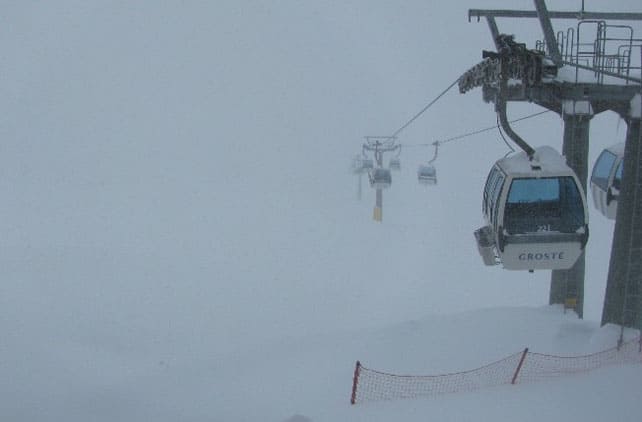 Below is the scene on the slopes near St Moritz in Switzerland, where the snow is 155-197cm deep. 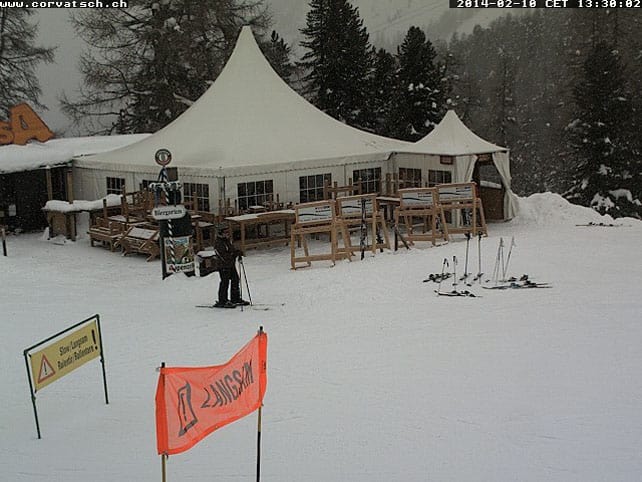 Below is San Cassiano, in the eastern Dolomites, where the snow is 160-270cm deep. 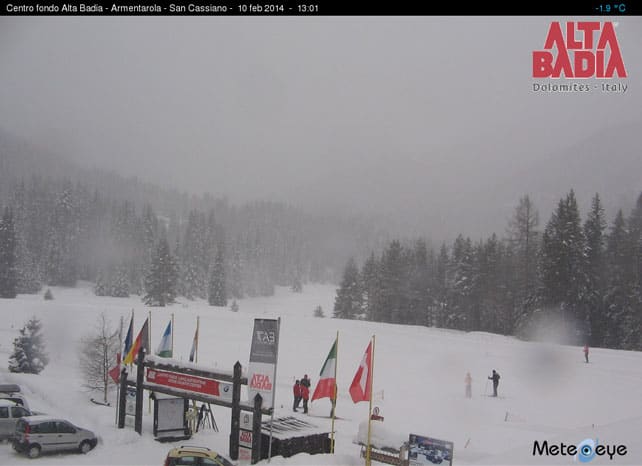 Finally, this is the Wildschonau in Austria, part of the Ski Juwel ski area – much improved after the 20cm top-up of snow at the weekend. 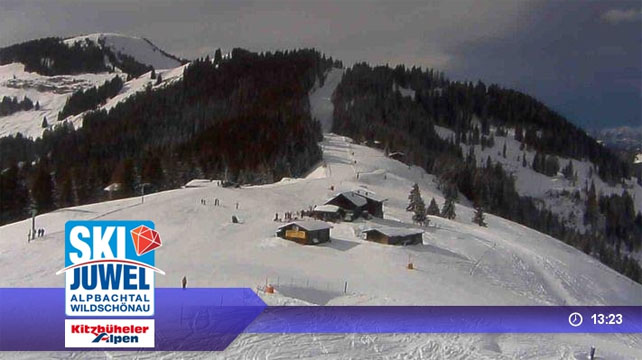 Meanwhile, the western US…

The much-anticipated storm in California and the Rocky-Mountain resorts materialised at the weekend. Big dumps were the result.

In California, Heavenly reported 71cm of snow by close of play on February 9, with more to fall overnight. Here’s the Facebook video they shot to celebrate.

In Jackson Hole, Wyoming they reported 56cm of new snow on Sunday morning and some “incredibly smooth” skiing. 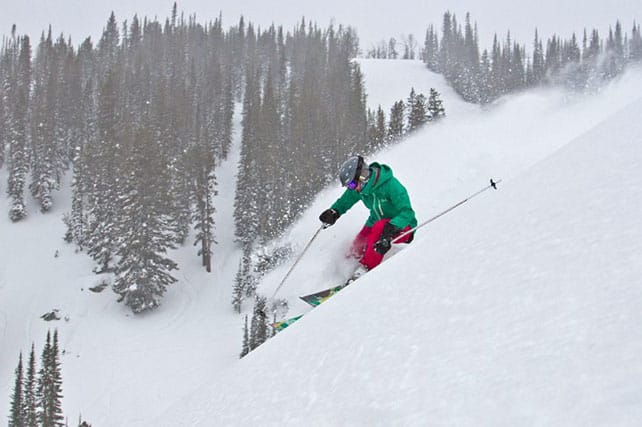 In the Canyons, Utah, the two-day total yesterday was 53cm. At Beaver Mountain, further north in Utah, they reported four foot of snow from the storm with more expected overnight. The road to the resort was however closed on Sunday because of the avalanche risk. 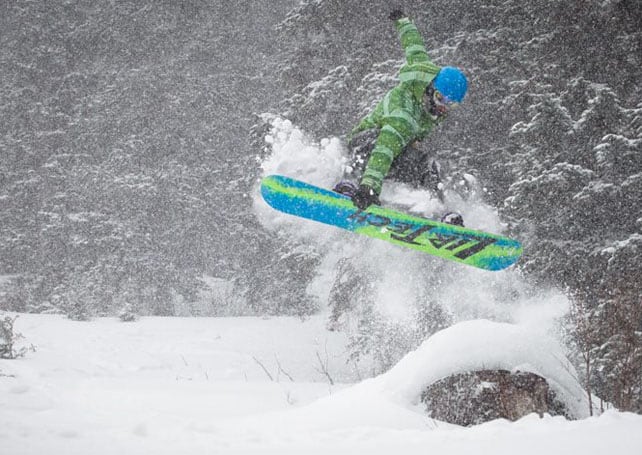 In Breckenridge, Colorado, the two-day total yesterday was 46cm.

Here’s  the video they shot on Saturday, when less than half that total had fallen.

The skies are expected to clear today – at which point the action shifts north, with heavy snow in the forecast for Whistler and the Pacific Northwest – where it will be very welcome after a disappointing first half of the season. From there it will spread into Montana and the Canadian Rockies. Whistler is expecting around 50cm of snow in the next four days.