The Welove2ski snow forecast for the Alps, February 13.

In a change to recent weather patterns, it looks as though the Italian Dolomites won’t be one of the chief beneficiaries of the storm. Most resorts there will pick up only 5-10cm of fresh snow. By contrast, over half a metre of the white stuff is expected in parts of the French Alps: along with stormy winds, which are bound to shut the higher lifts in many resorts. Visibility in the blizzards will be non-existent.

One of the annoying things about this weather front is that it will be followed by a strong southerly wind, known as the Foehn, which is going to drag temperatures up almost to spring levels. In France, for example, forecasters Meteo Chamonix  reckon the freezing point will jump to 2000m on Friday and 2500m on Saturday, which will make the snow heavy and wet up to mid-mountain level in many resorts. Fortunately, more fresh snow will follow on Sunday, with a sharp drop in temperatures.

In the short term, off-pisters will need to be cautious. Across the northern French Alps, the heavy snow and strong winds are going to push the avalanche risk up to 4/5, which effectively rules out all off-piste skiing. Elsewhere, the risk is lower – in the Tirol, for example the local avalanche service reports the snowpack has been settling down in recent days. But don’t take my word for it. Always check the local warnings first – and hire a guide.

Here’s a quick survey of the day’s webcams and Facebook pix, starting with a pretty one from Serre Chevalier this morning. Here, the settled snowpack is 140-265cm deep. 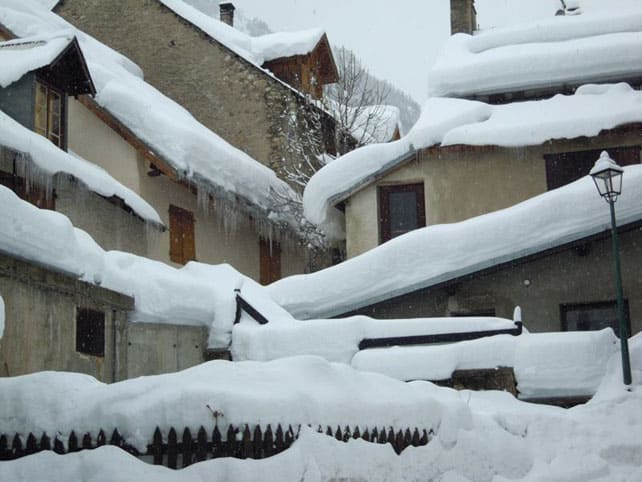 Next up, below, is Meribel. In common with many French resorts, its fresh snow looks wet and heavy today. Currently the cover is 106-160cm deep. 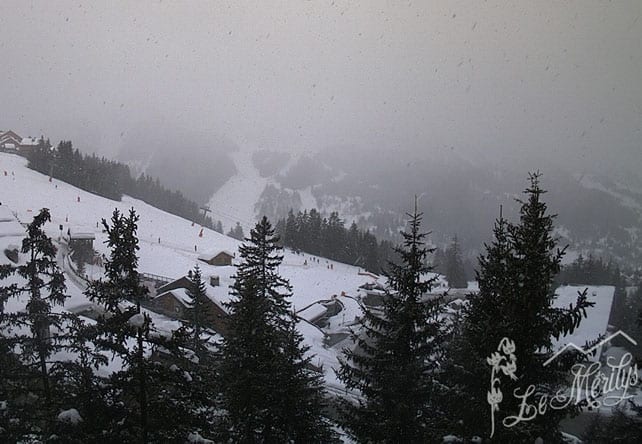 Temperatures are clearly lower in Verbier than in Meribel today, where the snow is settling nicely in town. Here the cover is 45-145cm deep. 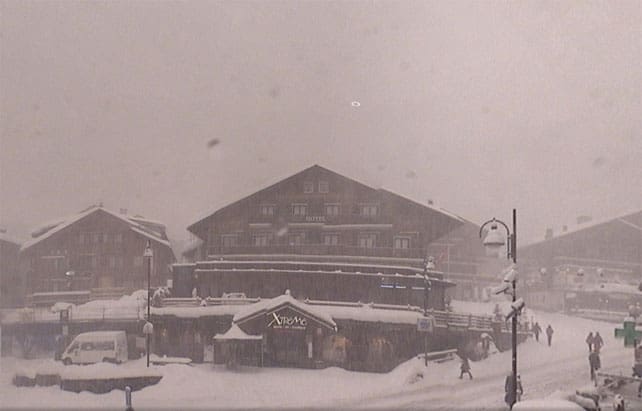 Below is high-altitude Cervinia. Clearly, not too many skiers fancy the conditions there today. The snow is currently 220-410cm deep there. 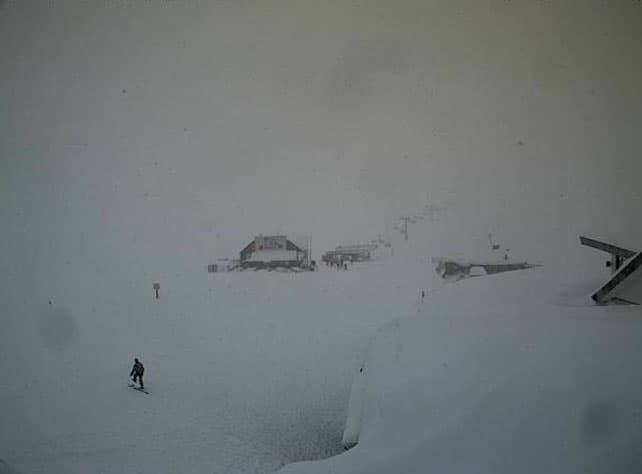 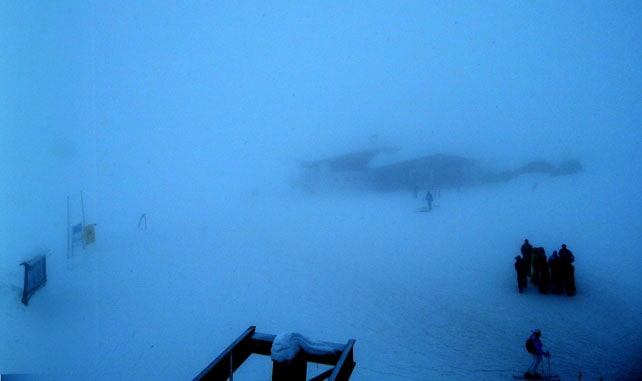 Finally, this is high-altitude Obergurgl in Austria, where the storm’s grip appears considerably weaker than in the western Alps. The settled snow cover in the resort is 80-180cm deep.

Big dumps and mild temperatures in the western US

In the western US, the last week has been marked by some big snowfall totals. In California, Heavenly reported 94cm from the weekend storm, Snowbird in Utah had about the same, and in Colorado Breckenridge reports 106cm in the last week. There’s more snow expected in the Rockies over the next couple of days – but it will be mild, as it has been for a while. Expect wet, heavy snow on the lower runs in most resorts, and get as high as you can for the powder.

Here’s the latest video from Breck – which is claiming 746cm of snow so far this season.

Meanwhile, up in Jackson Hole, Wyoming, they’ve have so much snow over the last fortnight, they’ve had to start shovelling it off the roof… 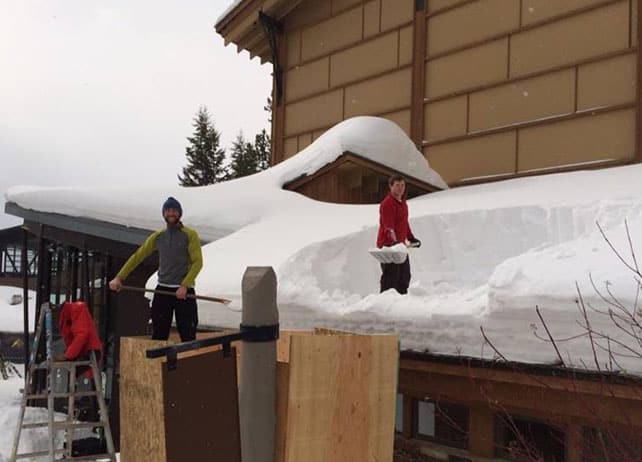 One Response to “Snow Report, February 13”