Fresh Snow and Spring Sunshine in the Alps

Talk about being in the right place at the right time. Two of our editors, Peter and Felice Hardy, are out in Tignes at the moment, courtesy of Mark Warner and Henry’s Avalanche Talk – and look what they were skiing this morning. 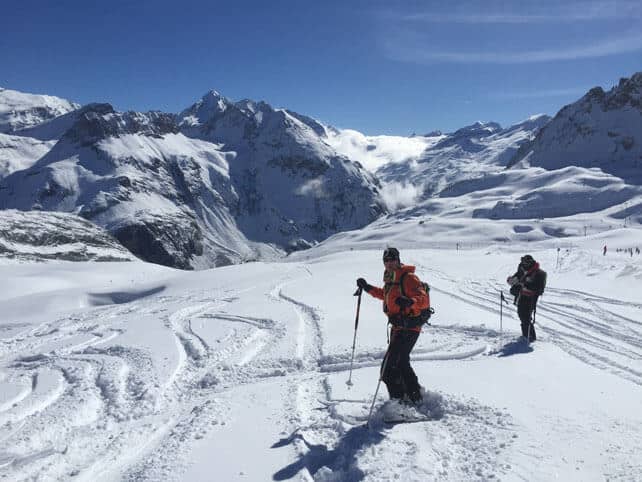 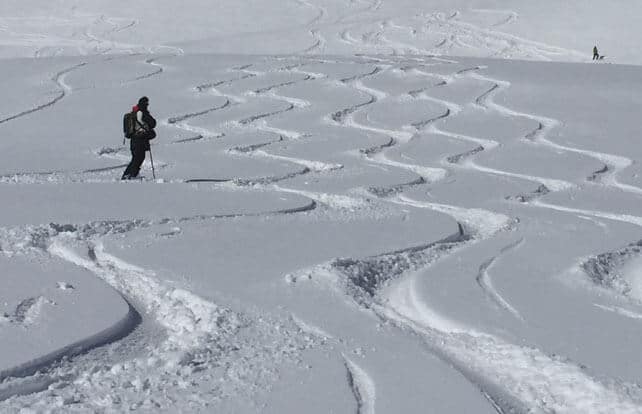 About 15cm of new snow fell across the resort yesterday, part of a weather front that was still clearing out of Austria this morning. As you can see, it’s been followed by brilliant sunshine, so the time to ski the powder is right now, before the spring warmth turns it thick and lumpy.

Higher up, on shady slopes, there should still be some soft, fluffy snow at the end of the day, as the freezing point isn’t due to rise much above 2300m. Tomorrow, it’s going to be significantly warmer, so I imagine they’ll be migrating to the edges of the Grande Motte glacier, right at the top of the resort.

Generally speaking, conditions across the Alps are better than they were last week, when strong southerly winds and thick fog were a prominent feature in many resorts. But you’ll still need to be at altitude to really enjoy yourself. If you’re on-piste, stay light on your feet, adopt spring-skiing tactics, and be ready to move around your ski area with the sunshine. You need to hit each slope just as the snow begins to soften, but before it gets slushy.

If you’re off-piste, it’s best to hire a guide. He/she will lead you to the best snow, (whether it’s remnants of powder on high, north-facing slopes, or velvety corn snow which has just begun to soften); and keep you safe from wet-snow avalanches as temperatures rise each day.

The outlook is for mixed weather over the weekend, and spring-like temperatures. According to Welove2ski’s latest snow forecast, there should be another snowy interlude on Sunday, but there’s likely to be some rain around too, as well as moments of sunshine. On some nights, overnight cloud will also stop the snow refreezing below 2000m.

Then, early next week, temperatures are likely to surge – if latest maps from the European Centre for Mid-Range Weather Forecasts are anything to go by. So if you want good skiing, aim for a resort with slopes between 2500 and 3000m.

Here’s a quick squizz at the webcams in the high-altitude ski areas, starting with Val Thorens in France, which reported 15cm of new snow overnight and has settled cover 130-245cm deep. At village level, they’re expecting a high of just +3C today. 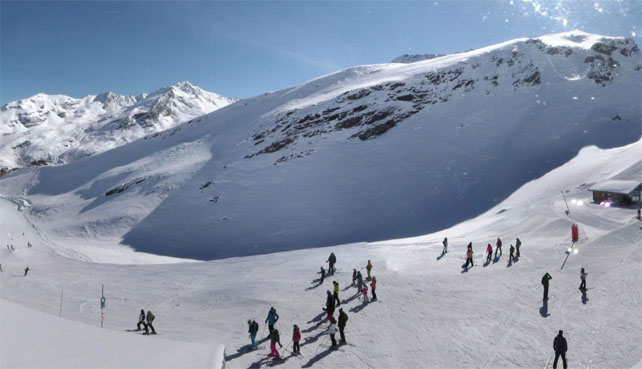 This is the view from the top of Serre Chevalier today. The resort missed out on yesterday’s snow, and has 8-105cm of settled cover on its slopes. At village level, the top temperature today will be +7C. 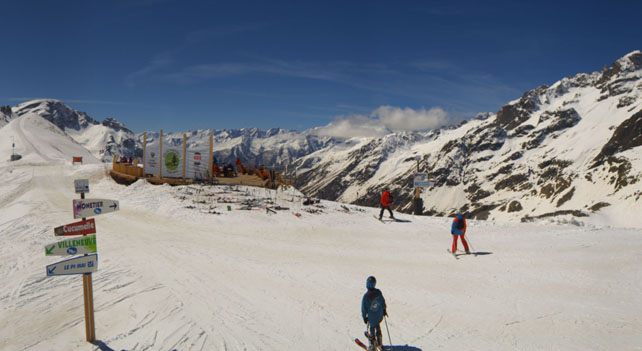 Pictured below is Cervinia, which shares its ski area with Zermatt. The snow here is 75-215cm deep and the mercury should hit +6C at resort level this afternoon. 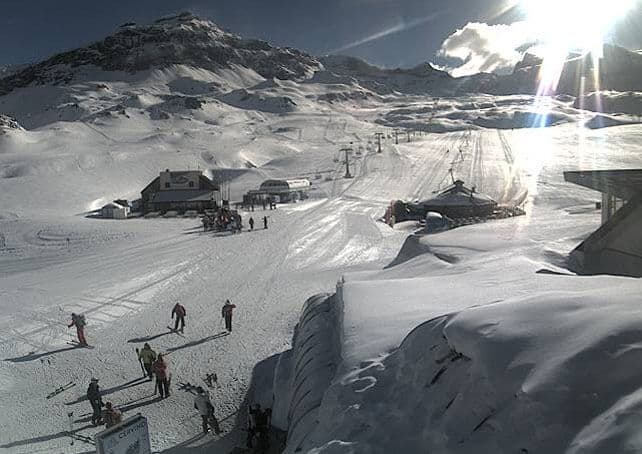 Meanwhile, this is the Presena Glacier, above Passo Tonale, where the snow is still 200-250cm deep. 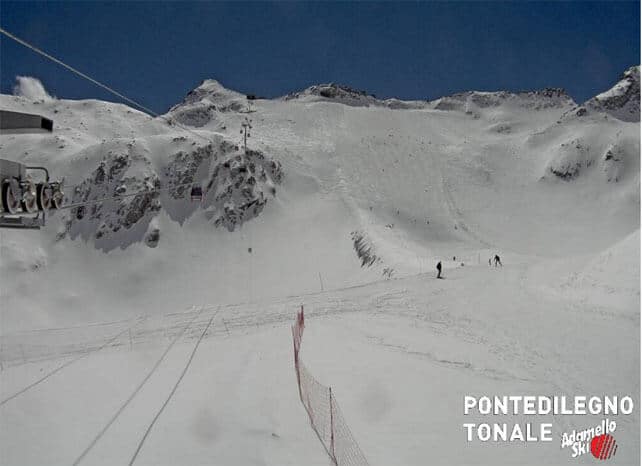 Pictured below is the Stubai Glacier, south of Innsbruck, which saw heavy snow at the end of last week and has up to 250cm deep on its slopes. It’s going to be cold all day up there, with the temperature not rising above -6C at 2900m. 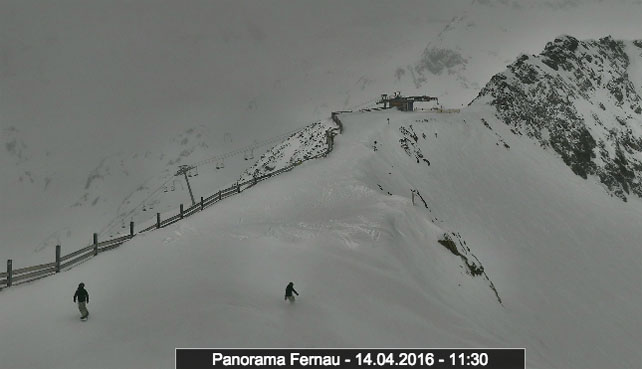 And finally, here’s a little taste of the madness that awaits St Anton am Arlberg this weekend, when the 2016 edition of Der Weisse Rausch gets underway. Just watching this video makes the muscles in my legs scream.

The powder monkeys of Colorado are rubbing their hands in anticipation today as a five-day storm settles over their bit of the Rockies. Local snow guru Joel Gratz says the snow will come in waves, and drop at least 25cm of snow over most resorts – and it should settle down to village level, too. Several resorts there have already closed, and Vail will be bringing down the shutters on Sunday, but in Breckenridge they’ll keep going till April 24, and in A-Basin – well, they’ve got a tentative closing date of June 5.

No Responses to “Fresh Snow and Spring Sunshine in the Alps”