A Cold Snap With Some Snow

At last, the powerful Easter thaw is over in the Alps. Temperatures have dropped back significantly: and there’s fresh snow falling in Austria, parts of the Dolomites and Switzerland.

Later today there’ll be some snow in the French Alps too, but according to the current forecast, it’ll only be a dusting. 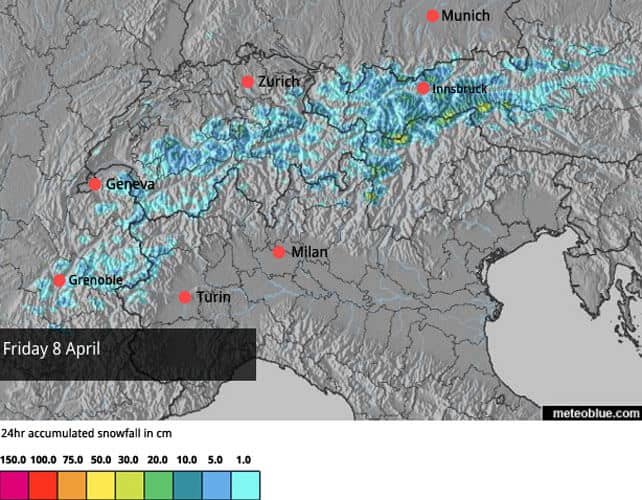 And this is the forecast for tomorrow. 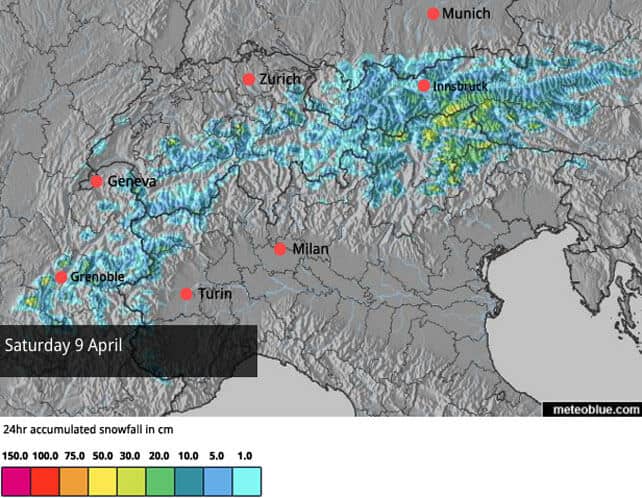 As you’ll see the heaviest snow is likely to be in the Tirol, in Austria, and in the Italian Dolomites. In the Dolomities, many resorts are closed already, or will be shutting at the weekend: but the snow will make a big difference to high-altitude ski areas in Austria such as Obergurgl, Hintertux and the Stubai glacier, where they’ll be skiing into May (and on the Hintertux, the season should run right through the summer).

The outlook, by the way, is for milder weather to return next week. Though the thaw won’t be as sharp as the one we’ve just seen.

Just to give you an idea of how much colder it is today, here’s how it’s looking at village level in St Anton this morning, at 1300m. It’s been a while since we’ve seen snow falling to this kind of altitude in the Alps. 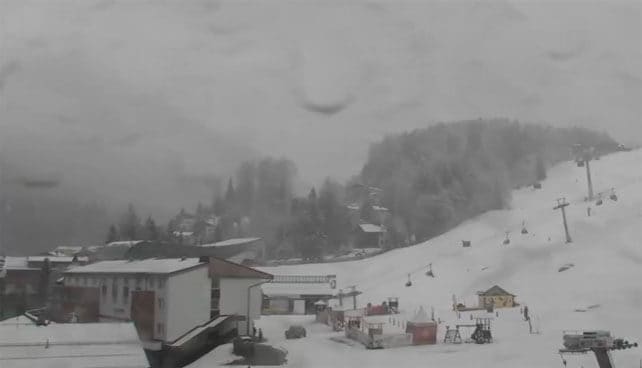 Meanwhile, one of our editors, Peter Hardy is skiing on the other side of the Arlberg ski area today, in Lech. “The good news is there’s tons of snow and the lifts remain open until April 24th,” he says. “The bad news is the complete lack of visibility.” He also points out that lower down in the ski area, the snow is falling as rain. 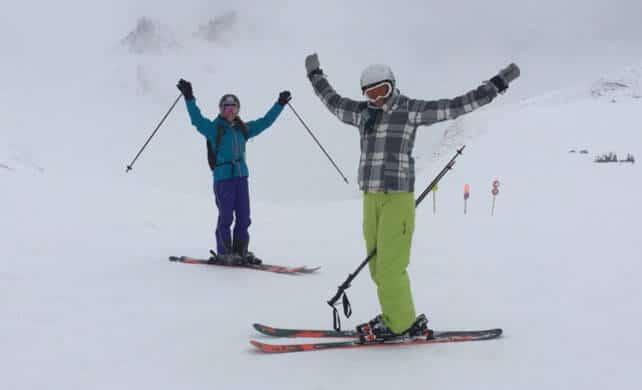 Below is how it’s looking in Tignes, in France. As you can see, there’s only been the lightest dusting of new snow here (although the existing cover is still quite deep). In common with many resorts in the French Alps, it’s foggy, too. 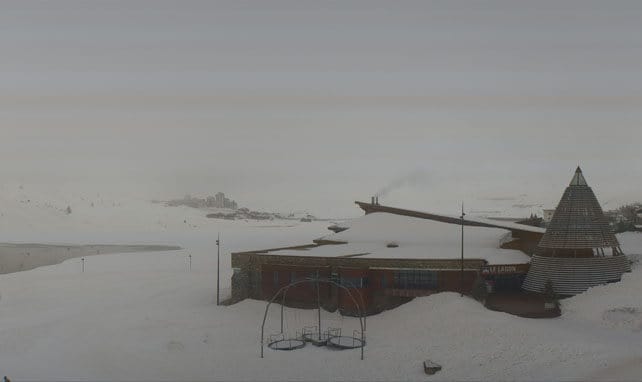 The change in the weather has been a relief for Snowfiends right across the Alps, who have endured one of the sharpest spring thaws in recent years. But conditions are still demanding, thanks to the low visibility: to which you can add rather icy conditions in the western Alps where there’s been an overnight refreeze, but little in the way of fresh snow. I’m in the French resort of Valmorel this week, courtesy of Club Med: and I’m about to head off into what looks like a world of white. But I’d better work hard: the almost limitless array of cakes and puddings on offer here each evening is starting to show on my waistline…

In the American Rockies, the snowy excitement of late March has been replaced by spring warmth. There’s precipitation in the forecast for the weekend, but it’s going to fall as rain on the lower slopes, before temperatures drop in a week’s time. In California, a mix of rain and snow is expected this weekend, though it will be generally a little cooler.

It’s mild in Canada, too. Pictured below was the sun-deck scene yesterday at Lake Louise in Banff National Park. The mercury hit +11C later in the day. 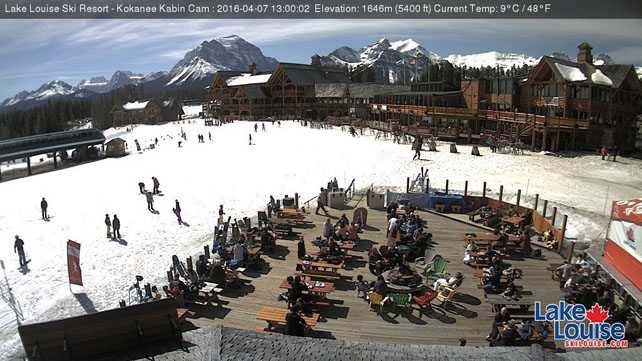 One Response to “A Cold Snap With Some Snow”