There was moderate to heavy snow across the western half of the Alps on Saturday, with over half a metre falling in some Italian resorts.

Today, more snow is expected in the northwest, although it will be raining up to 1600m in places this afternoon.

Overnight, there’ll be a drop in temperatures and much more widespread snow.

Last week was characterised by brilliant sunshine and mild temperatures. Since Saturday, fresh snowfall has been the dominant theme, and there’s more to come, as you can see from Tuesday’s snow forecast for the Alps, below. 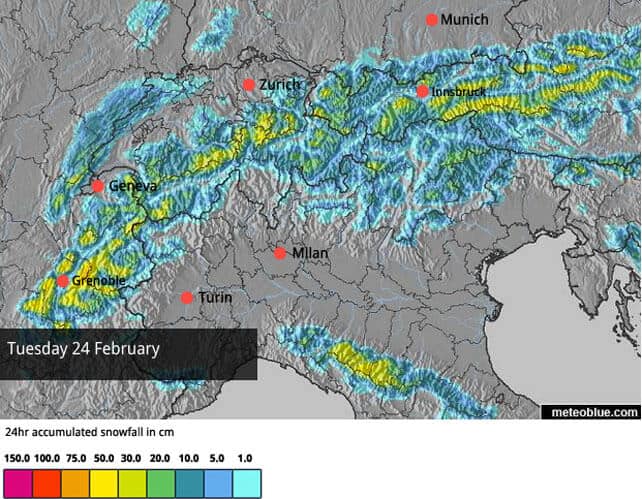 The Welove2ski snow forecast for February 24.

This snow will come on top of the 10-70cm that fell across the western half of the Alps on Saturday. Italian resorts in the Aosta Valley, Lombardy and the western end of Trentino did best from the storm. Cervinia notched up 40cm of fresh snow in the village and 70cm on its upper slopes. Madesimo got hit by half a metre, and beneath the Brenta Dolomites Madonna di Campiglio reports 50cm too. 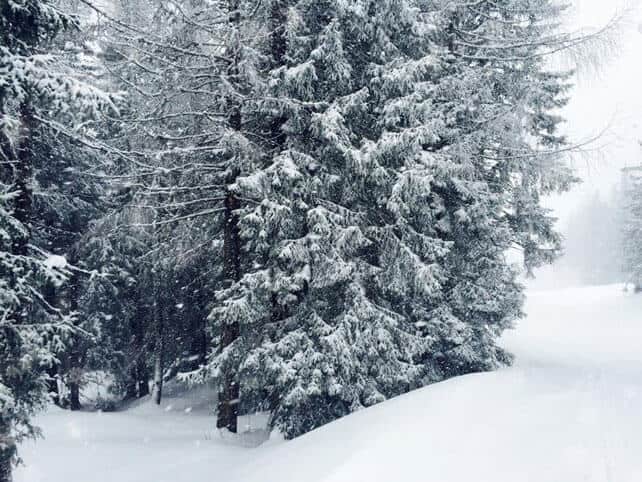 In the French Alps, the snow wasn’t quite so heavy. Serre Chevalier had 35cm, Avoriaz 25cm and Val Thorens 20cm. In Switzerland, Verbier had about 20cm. Further east, in Austria and the eastern core of the Italian Dolomites there was only a dusting of snow.

Today, temperatures have jumped, and when the next weather front arrives later today, it will be raining for a time, up to 1600m. Even above that level the snow’s going to be wet and heavy, and off-piste it’s going to bond poorly with the existing snow cover. As a result, in the Chamonix area, as well as in the Grand Massif and the Portes du Soleil, the avalanche risk will rise to 4/5.

Overnight, temperatures will drop and the snow will become more widespread.

Right across the region, conditions should be excellent, on-piste, when the skies clear on Wednesday – especially on slopes above about 1600m. Off piste, conditions are likely to be treacherous for a time, until the new snow settles, and bonds with the existing snowpack. Powder hounds should exercise great caution – and hire a local guide to help keep them safe.

Looking towards the weekend, it’s not yet certain how the weather will develop. Some forecasts predict another snowy spell, but a greater number see high pressure settling over the region.

Here’s a brief survey of today’s webcams, starting with Val d’Isere, which got 10cm from Saturday’s snowfall. Here, the snow is 92-157cm deep, and clearly the next weather front has already arrived… 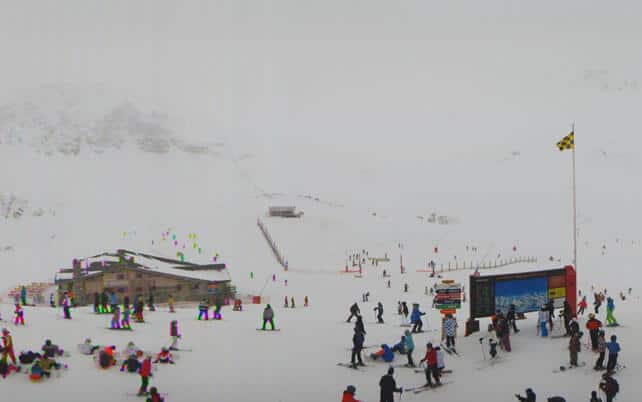 Pictured, below, is Les Arcs, where there’s 90-145cm of settled cover, on-piste. It won’t be long before the more snow starts falling here. 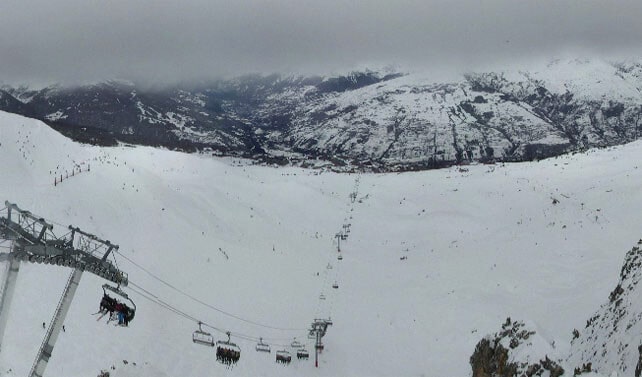 Here’s Serre Chevalier, where the mid-mountain snowpack is 145cm deep. 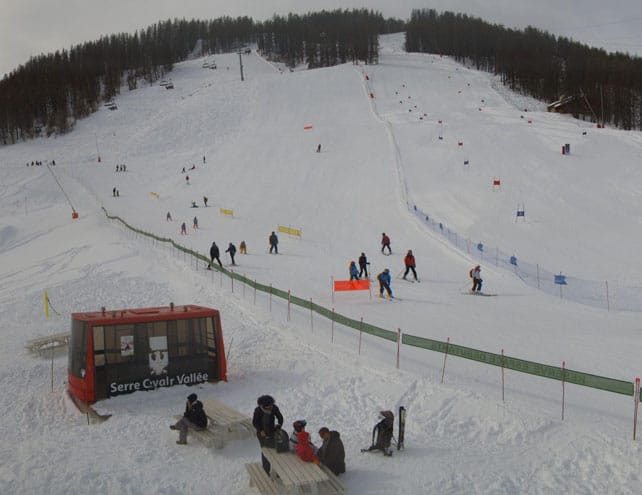 Pictured below is Gressoney, in the Monterosa ski area, which has 105-255cm of cover on-piste. 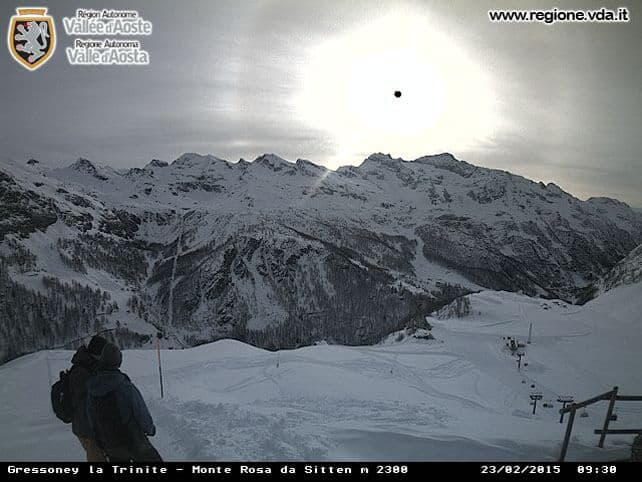 Pictured, below, is this morning’s corduroy in Madonna di Campiglio, where the snow is 90-220cm deep. 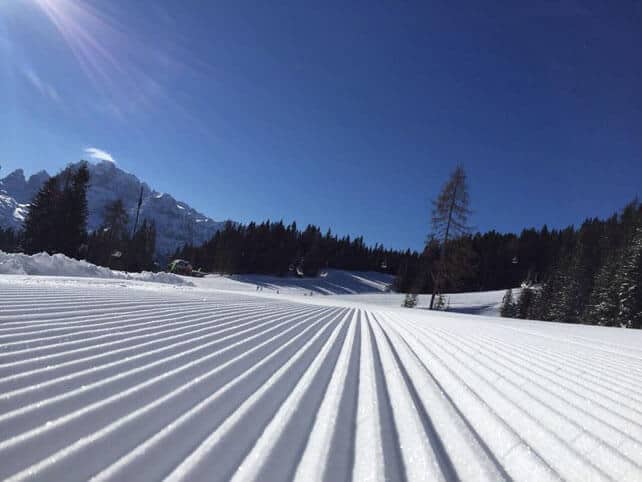 Here’s how it’s looking on the wide-open pistes of the Stubai glacier this morning, where the snow is up to two metres deep. 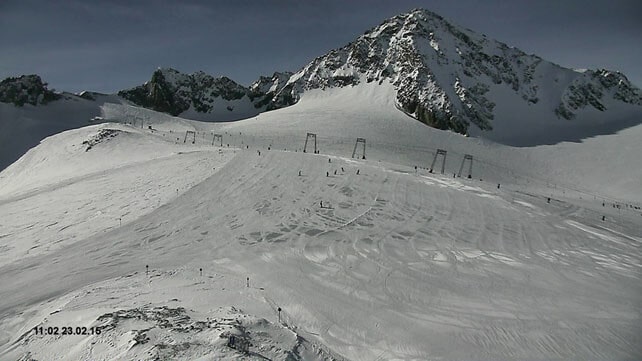 And here’s the morning scene at Zell am See, where there’s up to 103cm of snow on the Schmitten and 260cm on the Kitzsteinhorn glacier in the background. 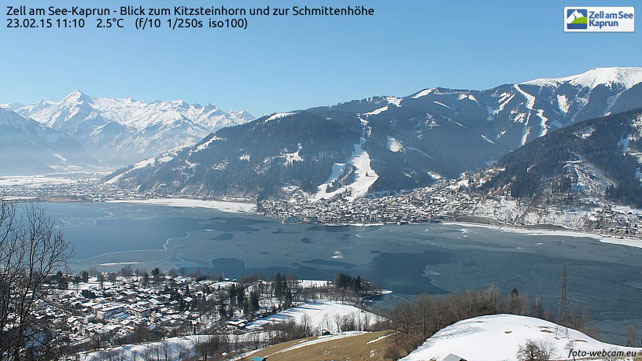 Life gets snowy again in the American Rockies

The long mild spell in the American Rockies is finally over, and things are looking very interesting right now for the powder-skiing community. In Wyoming, Jackson Hole reported around 15cm of snow at the weekend and is expecting a top temperature in the village of -4C. In Utah, Snowbird clocked up 22cm of fresh snow at the weekend. But both figures are dwarfed by recent accumulations in Colorado. Breckenridge reports 78cm in the past week, and in the south of the state, local snow guru Joel Gratz was predicting 60-90cm of snow by the middle of Tuesday. There’s the chance of further snowfall right through the coming week.

Here’s how it was looking in Breckenridge on Saturday… 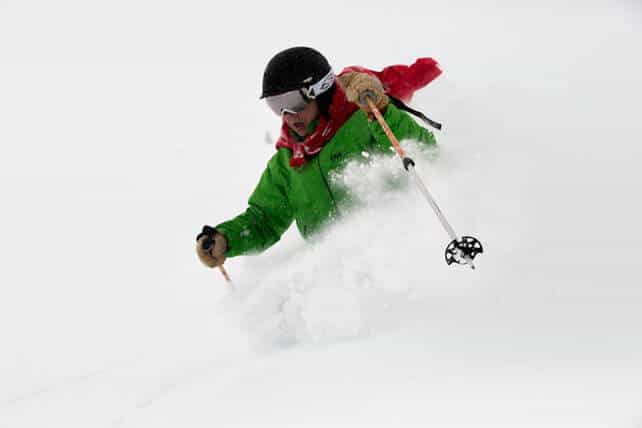 Pictured below was the scene yesterday in Telluride. 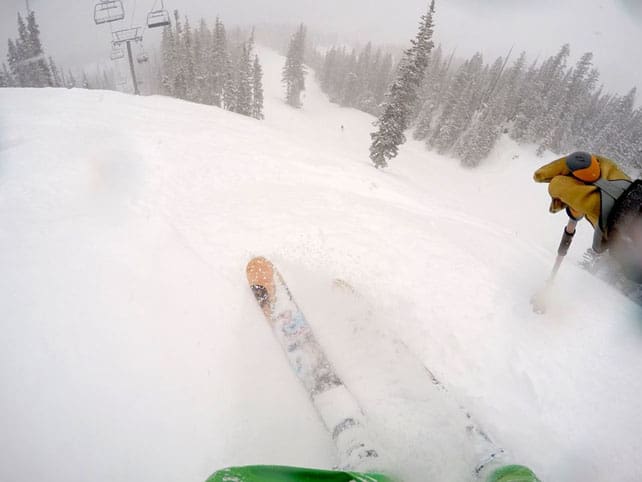 No Responses to “Snow Report, February 23”