Stone the crows, Stonefiends. It looks as though winter is making a comeback.

After a stinking week of spring-like weather in the Alps, the next three days will see a drop in temperatures and fresh snow in many places. It looks as though the eastern end of the Italian Alps will see the heaviest falls, with up to half a metre settling in places tomorrow. France, eastern Switzerland and western Austria should see 10-20cm as well. By contrast, the northern resorts of Austria will get only a dusting, which is a shame, because this is where the snow is needed most.

Here’s Welove2ski’s Alpine snow forecast for tomorrow. Note that the freezing point will be down to about 1300m tomorrow, which is not exactly frigid, but a lot cooler than it has been of late. 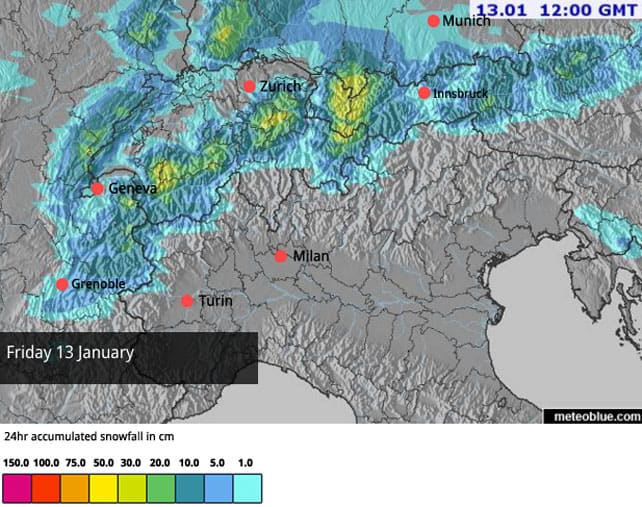 The Welove2ski snow forecast for the Alps, for tomorrow, January 14.

More snow is expected at the weekend and, possibly, at the beginning of next week, too. By the time the skies clear, the damage done by the recent thaw should be a fading memory – with the pistes soft and grippy again. Currently, much of the skiing below 2000m is hard-packed and icy in the mornings, before it softens at lunchtime. On sunny slopes you’ll find similar, spring-like conditions up to 2500m or more.

At lower altitudes the snow is thin, too. In many places, the pistes are relying heavily on snow cannons and grooming machines for their cover.

Even after the fresh snow I would still advise aiming high if you’re planning a last-minute January trip. This has been a mild winter so far, and there’s no sign yet of a really profound change to that picture.

At least the warmth has allowed the snowpack to settle and stabilise off-piste. Readers of recent snow reports will know that Christmas and New Year saw a grim sequence of avalanche fatalities, thanks to unusually unstable conditions off-piste, and it’s good to to see that in many places the avalanche risk has settled back to  2/5. However, given the recent spate accidents, off-pisters would be well-advised to err on the side of caution, especially with fresh snow coming in.

You can almost feel the snow about to fall in this shot from Meribel this morning. 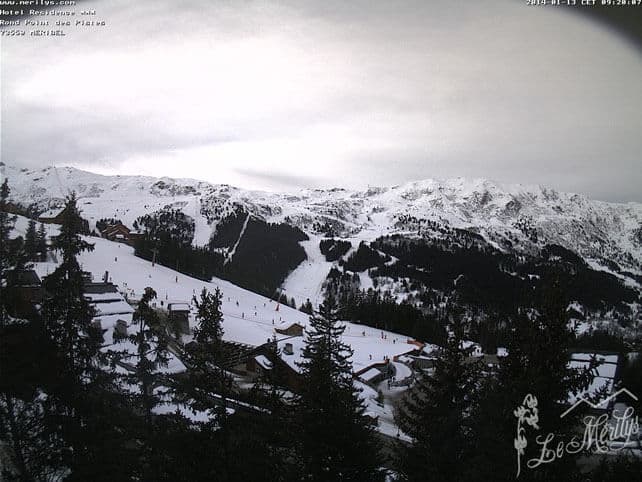 Meanwhile in Zermatt, the Matterhorn has got its cloudy hat on today, in anticipation of the coming snow. 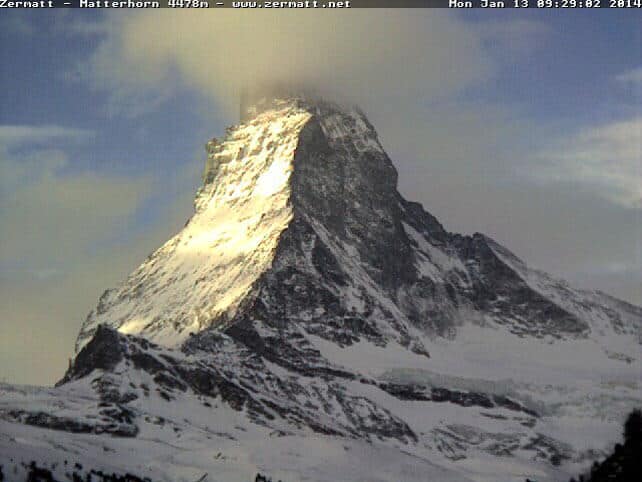 Further east, however, the sunny weather will stick around till this afternoon. Pictured, below, is Obergurgl in Austria. 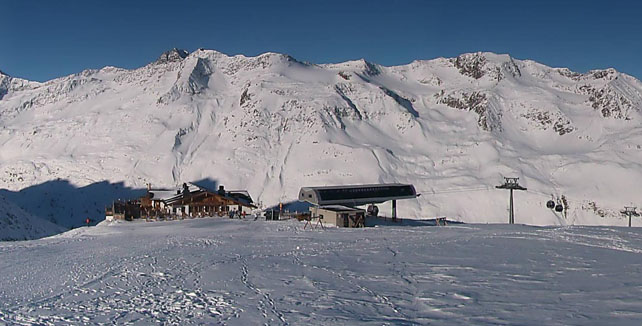 Meanwhile, look at what I missed in Utah…

I was skiing in the Canyons in Utah last week. But I’ve been banging my head on my desk since I got back, because look what happened just after I left… 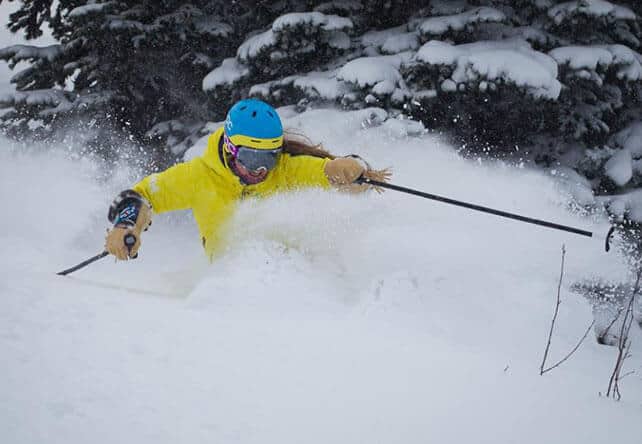 This was the amazing Kaylin Richardson making the most of the new snow on January 10. There’s been more snow since then: in fact it’s had about 45cm of the stuff since I left on Wednesday morning last week. Which is NOT FAIR.

And the picture below is from Snowbird – which is a couple of valleys to the south of the Canyons. It shows skier Hannah May enjoying some of the 105cm of snow that’s fallen there in the same period. 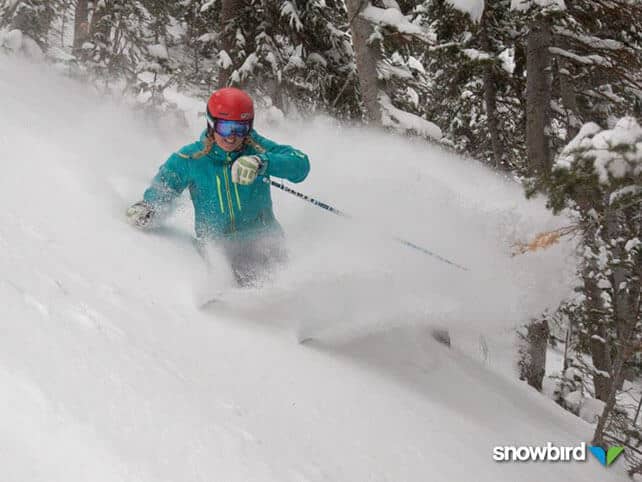 There’s been plenty of snow in Colorado and Wyoming, too: Jackson Hole in Wyoming reported 40cm of snow over the weekend, and in Breckenridge, Colorado they had 25cm yesterday, bringing the weekly total to around 90cm.

Here’s the latest video from Breckenridge…

Sadly, this run of storms is now expected to grind to a half – with 10 days of dry weather on the cards.

Whistler has had a proper dump at last

It’s been a long time coming, but Whistler has had a proper dump at last: notching up 70cm of snow at the weekend. Mid-mountain snowdepths there now a lot closer to what they should be at this time of the year – 166cm.

One Response to “Snow Report, January 13”