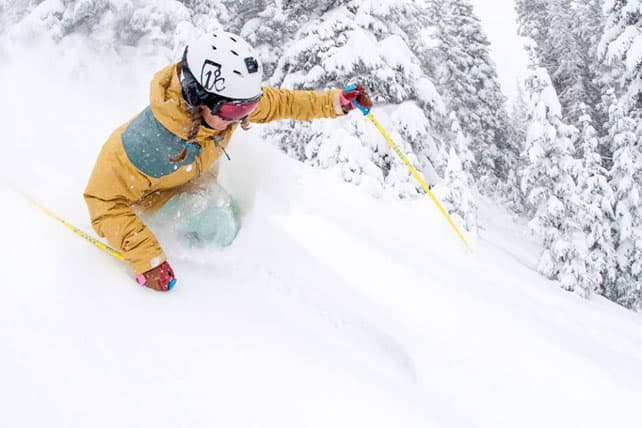 Happy Thanksgiving, Snowfiends! And if you’re lucky enough to be in the American Rockies right now, you’ve certainly got a lot to be thankful for. Since November 10 a series of storm systems have rolled across the mountains and dropped significant amounts of snow across key resorts.

In Vail, Colorado, for example, they’ve had 196cm since the start of winter – most of it in the last three weeks. The latest top-up was on Tuesday, when 23cm fell, and even though the resort has only recently opened, the vaunted Back Bowls are already skiable. Check out Monday’s video below…

More than half of Vail’s terrain is now open.

In Utah, it’s been snowing hard too. In Little Cottonwood Canyon, Snowbird was walloped by a three-day storm which started on Saturday night, and dropped 81cm of snow on the slopes. Here’s a rather tasty video to celebrate.

In Wyoming, Jackson Hole reported 53cm of fresh snow yesterday, and 231cm since start of winter. The resort opens for the first time today. 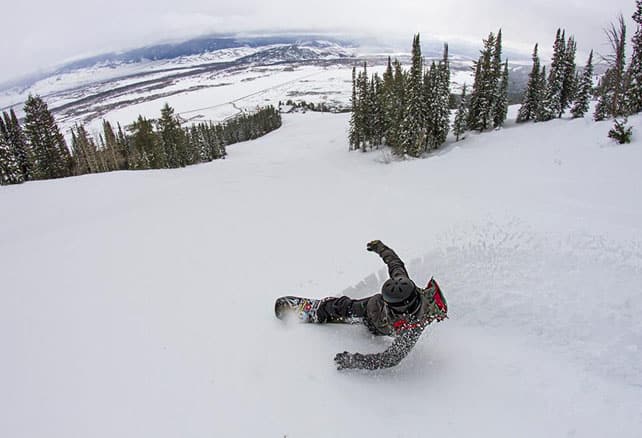 There is one disappointing aspect to the current outlook, however. Temperatures are now on the rise, and may hit +6C at the bottom of the slopes in some resorts. There’ll be breezy westerly wind too, so don’t expect top-to-bottom powder if you’re planning to ski over the next two or three days. The snow’s going to be fairly wet and heavy lower down.

According to local snow guruJoel Gratz there’s more snow to come next week.

We’re still waiting for winter in the Alps

I’ve just come back from Tignes in France – skiing on the Grande Motte glacier with British ski school Snoworks. Up high, the snow’s been sensational – soft, cold and grippy – but lower down temperatures have been disconcertingly mild. The snow that fell last week down to resort level has gone scurrying back uphill, and at village level the slopes are greeny-brown, not white. For most of the last week, it’s been much too warm to run the snow cannons, too.

A mild November in the Alps is not exceptional: many will remember November 2011, when the weather was not only warm but sunny, and in many places the Alps were brown from top to bottom. In contrast to that month, November 2014 has at least been snowy at altitude – spectacularly so in places – and given that only glaciers and high-altitude resorts have been open, early-season skiers have had decent, and sometimes superb, conditions. 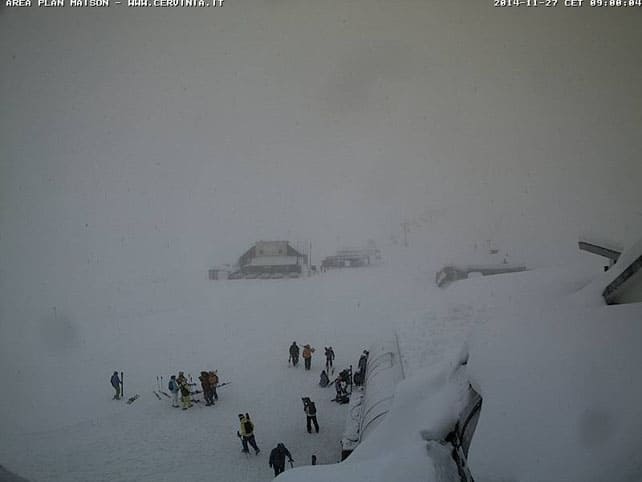 Plenty of snow at the Plan Maison mid-station above Cervinia, today. Photo: cervinia.it

Over the next two weekends however, the next wave of (lower) resorts is due to open, and there’s no sign yet of a decisive shift towards colder temperatures. As you can see from our snow forecast for the Alps, below, there is some sign of snow to come: but as has been the case for much of the autumn, it’ll only fall at high altitude. Despite a drop in temperature forecast for early next week (for example by Meteo Chamonix), it doesn’t look as though the freezing point will be much below 2000m in either France or Austria. 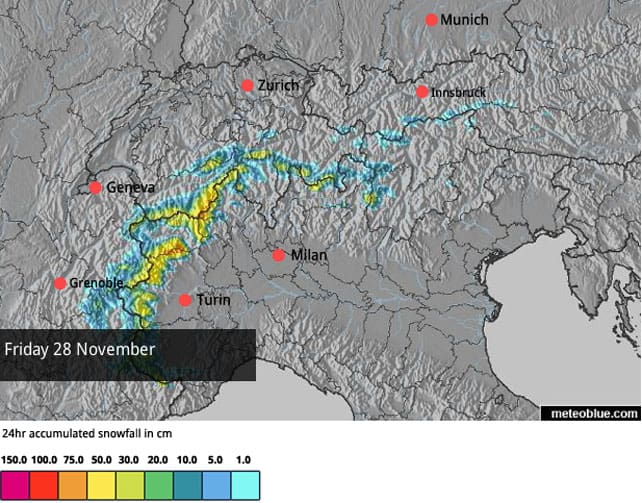 One sign of the current situation is the fact that Val d’Isere will be having a very muted opening weekend on November 29 and 30. When winter comes early, it will open pretty much all its pistes and connect with Tignes next door. But this time round, only two pistes on the Pisaillas glacier will be open. Meanwhile, Tignes next door will be focusing on the glacier and the pistes immediately below it.

Currently, some mid-range forecasting charts suggest there may be cold and snowy snap around December 7-9. That would be fairly normal for early December: and if it comes, it will transform conditions. But it’s too early to be sure. If you’re planning a pre-Christmas escape, then focus on the highest resorts in the Alps to be safe. 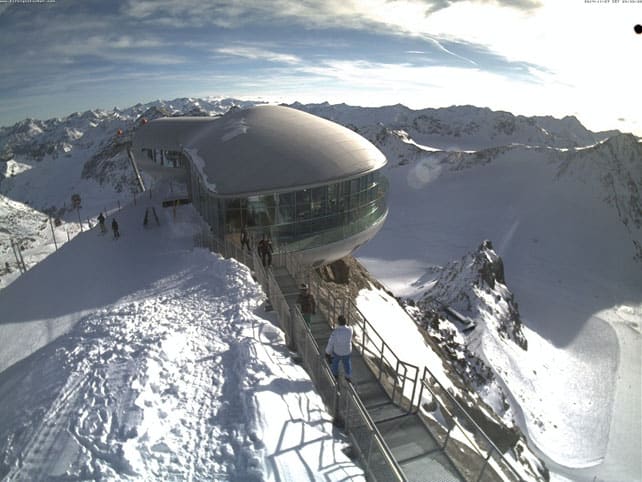 In western Canada, there hasn’t been quite the rip-roaring start to winter seen in the American Rockies. But on the top half of Whistler’s ski area there has been plenty of snow over the last six days: 72cm in fact. As a result, six lifts will open on Blackcomb Mountain today for the first time. What’s more it looks as though it will cool down at the weekend, with snow forecast right down to resort level.

No Responses to “Snow Report, November 27”