Clash of the Titans: Three Valleys vs Val d’Isere-Tignes 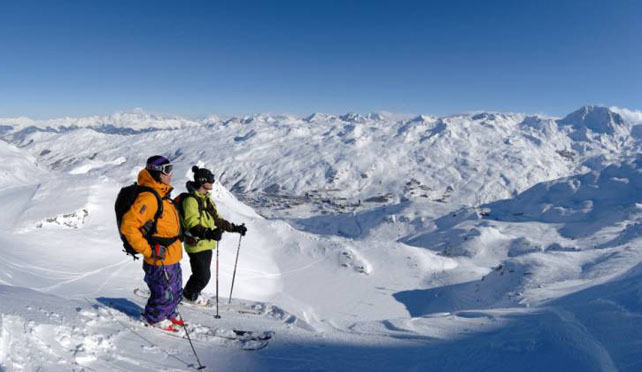 It’s hard to overstate the importance the 3 Valleys and the Val d-Isere-Tignes. Together, these two ski areas are home to some of the most famous ski resorts in the world. The 3 Valleys has Courchevel, Meribel and Val Thorens (as well as La Tania, St Martin, Les Menuires, Brides-les-Bains and Orelle). Val d’Isere-Tignes has both Val d’Isere and Tignes. They also contain some of the most highly-rated terrain – both on- and off-piste. They are, arguably, the biggest names in European skiing.

Of course, there are plenty of other big ski areas out there. Some (such as St Anton and the Arlberg and Zermatt with Cervinia) have international followings just as loyal. But in our view nowhere else can quite match the quality of the lift systems in these two French areas.

We’re not talking here about the number of high-speed detachable chair-lifts or smart gondolas, although that’s obviously important. What really matters is their layout – the way that both have lassoed great stretches of magnificent mountain terrain, made them safe and accessible, and presented them as a seamless skiing experience.

They’re extraordinary achievements of planning and engineering – and we often wonder why the streets of Courchevel and Val d’Isere are not peppered with statues of the visionaries who created them. A lot of people have got very rich on the back of them.

But which is better?

Here, we’ve compared the two across several key categories in a bid to find out. And if you disagree with the conclusions, remember there’s a comments box at the bottom of this feature. Get stuck in!

But First: How Big Are They Really?

That’s a moot point at the moment. Officially the 3 Valleys offers 600km of piste, and encompasses a mighty 40,000 hectares of terrain. Val d’Isere-Tignes has 300km, and covers 10,000 hectares. But in recent years Christoph Schrahe, a German cartographer and ski industry consultant has recalculated the real extent of the pistes – as he has done for almost every ski area in the Alps.

According to him, the 3V has 495km and the Val d’Isere-Tignes area 236km. Does that matter? In this case, no: because their relative sizes remain the same. The 3V is still, roughly, twice the size of Val d’Isere-Tignes. And both offer skiers more than enough snow for a week-long holiday. Unless they have legs like Ted Ligety.

Right, onto my categories. 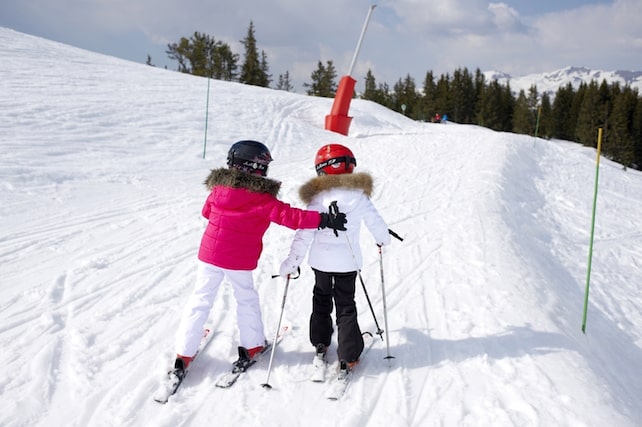 Val d’Isere runs a free lift for beginners on the nursery slopes by the town centre. Meanwhile, neighbouring Tignes has decent nursery slopes in its two main villages, Val Claret and Le Lac. Both resorts are brimming with brilliant instructors and have between them around 30 ski schools.

Neither, however, is a patch on Courchevel. Two of its villages – 1850 and 1650 – are equipped not just with great ski schools and easy-peasy beginner slopes, but also with oodles of confidence-boosting terrain to which you can progress: so beginners don’t feel like they’re trapped in a knock-kneed ghetto of no-hoperdom for the whole week.

Within three or four days they can take their snowploughs for a test drive on new terrain, and see a bit more of the mountain, scooting back down into the village at the end of a lesson under their own steam.

Val Thorens has very similar virtues. You certainly couldn’t say that about Val d’Isere, where the home runs are notoriously steep, and even Tignes’ lovely intermediate pistes are a bit steep for most first-week skiers.

Winner of the Gold Pizza Shape for best nursery slopes: The 3 Valleys.

This one’s tough. We love Val d’Isere-Tignes’s intermediate-friendly pistes. Take the descent from the top of the Grande Motte glacier, all the way down to Tignes Val Claret: 1350m of uninterrupted snow-sure skiing in some of the most magnificent mountain scenery in the Alps. Or how about the fast and furious Creux run under the Tommeuse chair? Tignes is particularly well-endowed, but there are some lovely blues and reds above Val d’Isere, too.

But when it comes to the overall intermediate experience, you can’t beat the 3 Valleys. There are just so many pistes to chose from – and if you find them getting overcrowded during peak weeks, there’s always some overlooked corner of the piste map to retreat to, whether it’s Courchevel 1650, or the pistes above La Tania, or the Pointe de la Masse beyond Les Menuires.

Admittedly the pistes into Mottaret are a bit of weak point: indifferent snow quality and the great wash of commuters en route from Courchevel to Val Thorens, and vice versa, make this sector an intimidating experience for some. But that’s nothing compared to the trauma less confident intermediates complain of on the steep home runs into Val d’Isere. The problem can be overcome simply by taking a lift back down into the resort. But still. We’d all rather be skiing, wouldn’t we?

Winner of the George Clooney Award for smoothness and good grooming: The 3 Valleys 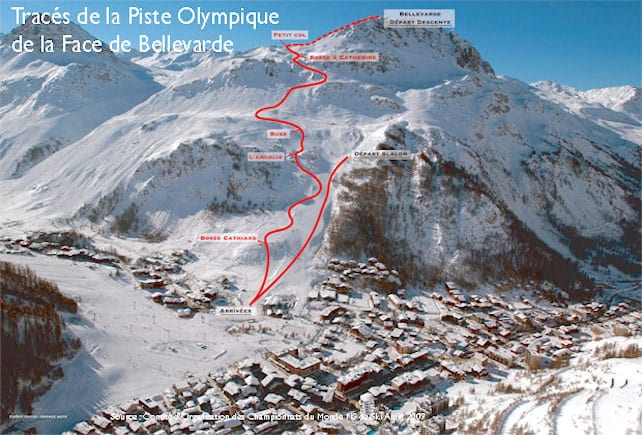 By ‘advanced’ we mean skiers who want to tackle steep pistes, and experiment on moguls and in the powder: but who aren’t skilled or experienced enough to go it alone on a big off-piste descent.

For them, the 3V does have some eye-popping inbound challenges – notably the chutes off the top of the Saulire into Courchevel and Meribel, the Grand Couloir and the Couloir Tournier. These are pretty hardcore runs though: very steep, often moguled and a chastening experience even for those who habitually ski blacks.

So instead we’d plump for what many regard as the finest steep groomed piste in the Alps: Le Face, from the Rocher de Bellevarde down into Val d’Isere. It’s still a challenge, but crucially it’s a run most advanced skiers will want to go back and do again and again – rather than something to tick off, before quietly retiring to the nearest loo.

One thing we always notice when travelling between EK and the 3V: how many more avalanche airbag rucksacks and fat, all-mountain skis you’ll see in the lift queues in Val d’Isere-Tignes than in the 3 Valleys. It’s always had the reputation as the more X-rated ski area, and we think that reputation is entirely justified.

That’s not to say the 3V is without some epic off-piste descents. But in both Val d’Isere and Tignes the choice of routes can seem almost limitless, whether it’s a short, spectacular line off the Petite Balme above Tignes Val Claret, or the big 1000m drop off Le Fornet down to Bonneval-sur-Arc in the Maurienne Valley (with a ride in a helicopter to bring you back to Val d’Isere). 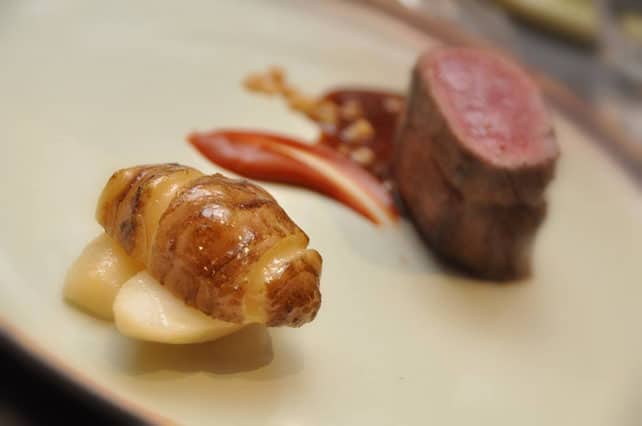 This one’s easy. Ladies and gentleman, we give you René et Maxime Meilleur at La Bouitte. We give you François Moureaux at Azimut. Oh yes, and when all you want to do is stuff your face, we also give you the Mountain Burger in that weird little shopping precinct beside the pistes in Mottaret. Sorry Val d’Isere-Tignes, your mountain restaurants are good: but they can’t beat this exalted company.

Winner of the Second Mortgage Award for mountain dining: The 3 Valleys 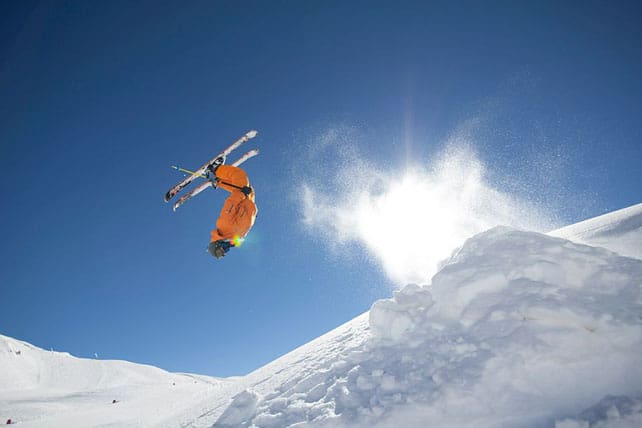 3 Valleys fans would doubtless cite the joys of crowd-surfing across the Ronnie (aka The Rond Point) in Meribel, or dancing on the snow with a thousand Danish students at the Folie Douce in Val Thorens. But for me, Val d’Isere has always had the brightest spirit, and the most infectious mountain atmosphere.

And it doesn’t really have anything to do with the apres-ski. The best time to sample it is at the beginning of the season, in the first couple of weeks of December, when the town is filling up with mountain guides, ski instructors, shop owners and chalet staff, back after their long summers working all over the world.

Many have been coming back to Val like this for years, and yet their sense of excitement is palpable. They love being in the mountains in winter, and they couldn’t think of a better place to be the Val d’Isere. It gives the place an almighty buzz.

And The Overall Winner Is… 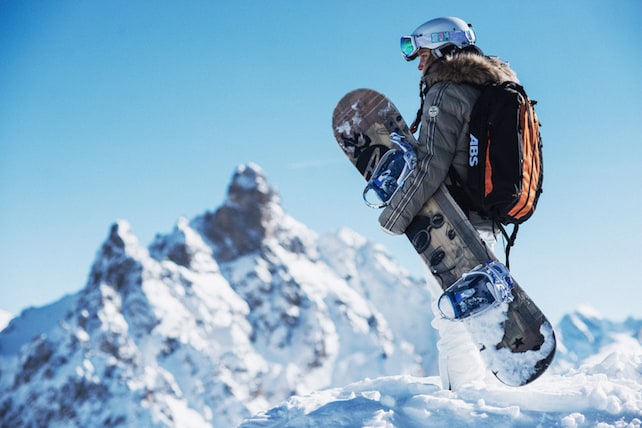 There Is No Overall Winner

Why? Because what would be the use of telling a beginner that, overall, Val d’Isere-Tignes is better than the 3 Valleys, when he or she should be going to Courchevel or Val Thorens? Or telling experts that, all things considered, the 3V is top spot when they should be heading to Val d’Isere? All resorts suit some skiers better than others – so pick the one that’s the best fit for your skill, budget and inclination, and go and have a holiday you won’t easily forget!

10 Responses to “Clash of the Titans: Three Valleys vs Val d’Isere-Tignes”