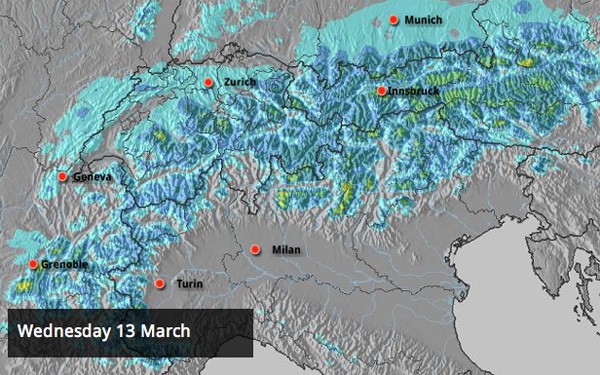 Our the Alpine snow forecast for Wednesday. The snow won’t be particularly heavy – but it will be widespread.

As anyone who saw last Thursday’s snow report will know, winter is on its way back to the Alps. It’s taking longer than we first thought for the really frigid air to reach the mountains: but temperatures are already dropping. According to French forecasting site Meteo Chamonix the freezing level today will be at 1700-2000m today, and 1200m on Wednesday. By then, snow will be falling down to 800m: and as you can see from the Alpine snow forecast, above, it’ll be spread across the whole region.

At the moment we’re not expecting any really big dumps. But there will be light snow falling over several days in many places, and the cold air will help to dry out the existing cover – which below about 2000m is pretty soggy at the moment. So you can expect a significant improvement in skiing conditions on-piste over the next four or five days.

Off-piste, conditions are going to improve too – although it’s unlikely that crud on the most popular routes will get a properly covering of new snow. You’re going to need a guide to help you find consistently powdery descents.

So, the news is generally good – though we’d like to see heavier snow falling to cover the effects of last week’s sharp thaw. Looking further ahead isn’t easy at the moment, by the way: the mid-range forecasts disagree about what’s likely to happen next week.

Here’s how it was looking around the Alps today. 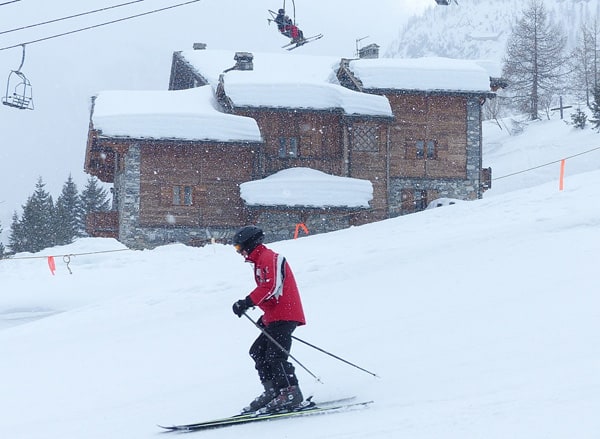 Val d’Isere this morning, where they’re expecting the odd snow shower, like this one. Photo: © yseski.co.uk 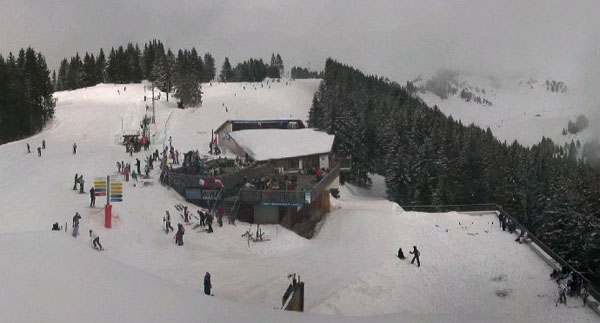 Signs of fresh snow in the trees in Les Carroz today. In the Grand Massif the snow is lying 65-345cm deep, on-piste. Photo: © grand-massif.com 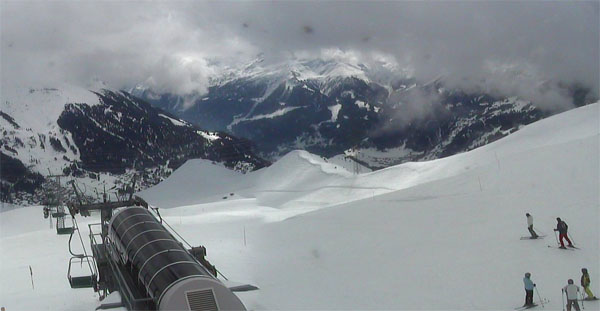 Verbier today – where the temperature is expected to top out at +7C at village level. The snow is lying 82-240cm deep on the pistes. Photo: © Verbier.ch 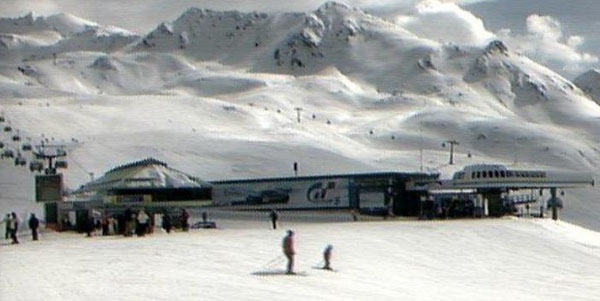 Obergurgl today. The snowpack is 80-205cm deep and the top temperature in the village should be +2C. Photo: © obergurgl.com 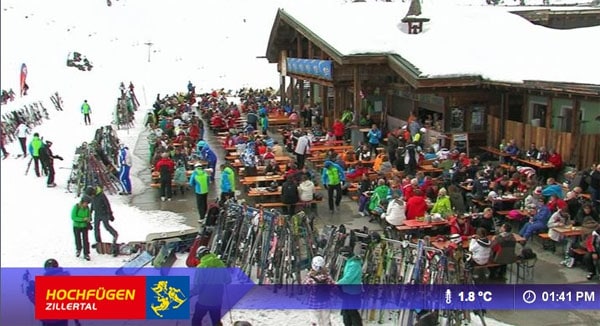 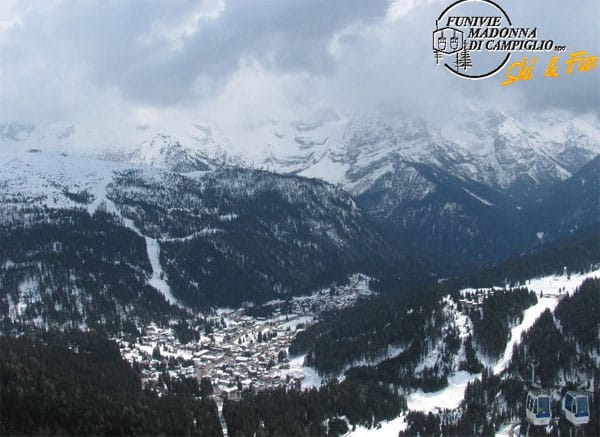 Madonna di Campiglio, in the Brenta Dolomites. There was 10cm of fresh snow yesterday and the cover is 130-60cm deep. Photo: © funiviecamiglio.it 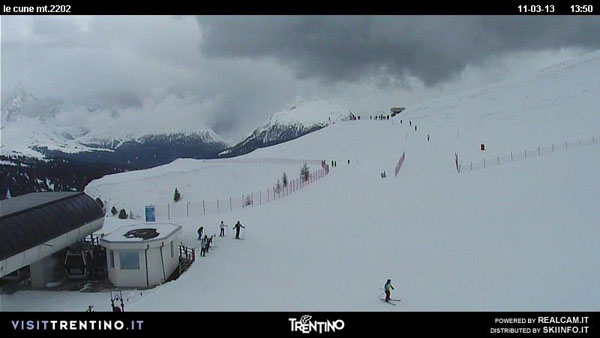 The slopes above Moena in the Val di Fassa this morning. The cover is currently 40-140cm deep. Photo: © visittrentino.it

In Scandinavia, winter still has a firm grip on the season 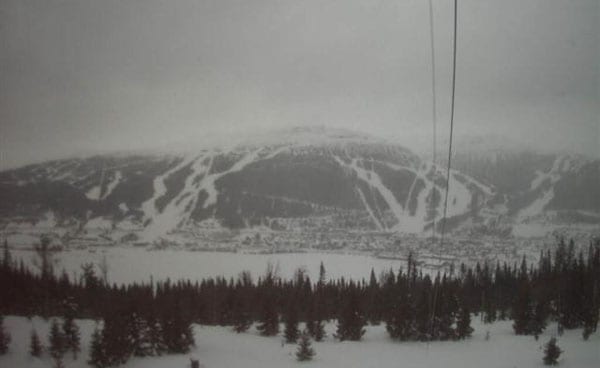 Are in Sweden, which is expected 10-20cm of snow today and tomorrow. Photo: © skistar.com

Scandinavia, like Britain, is already in the grip of frigid weather – and there’s snow in the forecast. Are in Sweden is expecting 10-20cm of the white stuff in the next 24 hours, to add to the 30cm that fell last week. Temperatures are pretty low too: no higher than -9C by the lake on Wednesday. Great caution will be needed off-piste in the wake of the snow, which is likely to be accompanied by high winds. 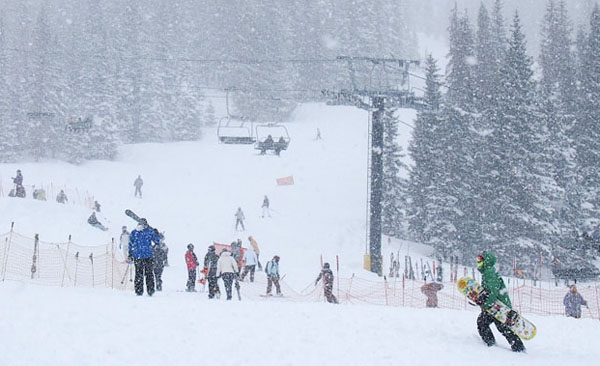 Wolf Creek on Saturday, in the middle of its 66cm dump. Photo: © wolfcreekski.com

As predicted by weather guru Joel Gratz, southern Colorado had a good dump of snow on Saturday, with little Wolf Creek clocking up the biggest total: 66cm! However, for most Colorado resorts, 15cm was more normal. Now, the region is looking forward to mild and sunny weather, with more of the white stuff to follow at the weekend.

The Californian resorts should see snow at the weekend too – to add to the proper dump they had last week. Check out the video, below, to see just how sweet conditions were in Heavenly, last Thursday, in the wake of the storm.