Right then, Snowfiends. Let’s get straight onto the good news, courtesy of the Welove2ski snow forecast for the Alps on Friday. The Welove2ski snow forecast for the Alps, December 20.

That’s right – snow! After nearly three weeks of almost unbroken sunshine and mild temperatures in the western Alps (and nearly two weeks of similar conditions in Austria), the white stuff will be making a welcome return. It looks as though it’ll arrive in the west on Thursday and spread right across the range on Friday. It’s too soon to sure exactly how much will fall, or where, but at the moment 10-20cm looks likely, with France, Switzerland and Italy getting the lion’s share. That may change: so keep an eye on the snow forecast over the next couple of days.

Of course 10-20cm isn’t what you’d call a dump: it’ll refresh the pistes, but it won’t do much for the off-piste terrain in most resorts, which needs two or three proper snowstorms before the rocks are covered. What’s more, the sunshine is set to return at the weekend.

However, there are now signs that, come the week of Christmas, there will be a more prolonged breakdown in the weather. This isn’t absolutely certain yet – the high pressure could yet settle in again. But several of the mid-range weather models are suggesting there’ll be significant snowfall in the middle of the week. Keep your fingers crossed if you’re heading out there Saturday and Sunday. By next Friday, you could be skiing powder.

As for right now, it’s still a good idea to get your edges sharpened before you hit the slopes – as I discovered last week in Verbier. Generally speaking, the higher you go, the better the snow is. But even in Auffach, in Austria’s Ski Juwel area – which tops out 1903m – there was decent piste-skiing yesterday. Actually, the area benefited from dusting of snow on December 14, from a storm which grazed the northern edge of the Alps – and anyone who was out had the mountain pretty much to themselves. 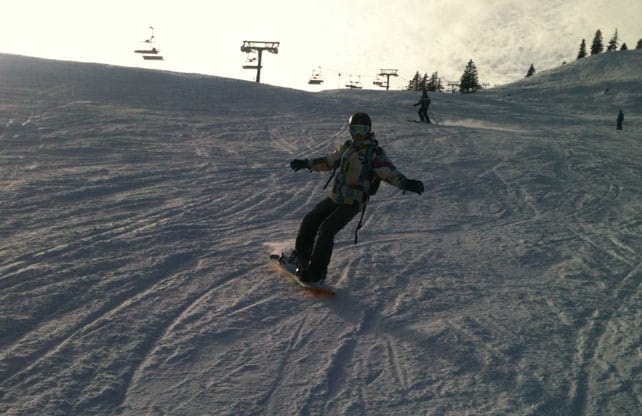 Here’s a quick survey of today’s cams and photos. Yes, the mountain looks magnificent. But all eyes are on the forecast right now. More snow is needed to set the resorts up for the Christmas and New Year rush. 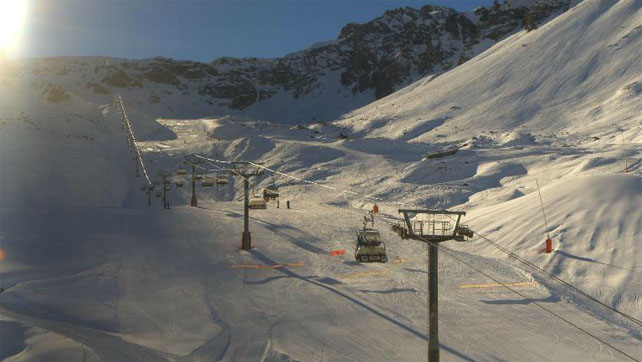 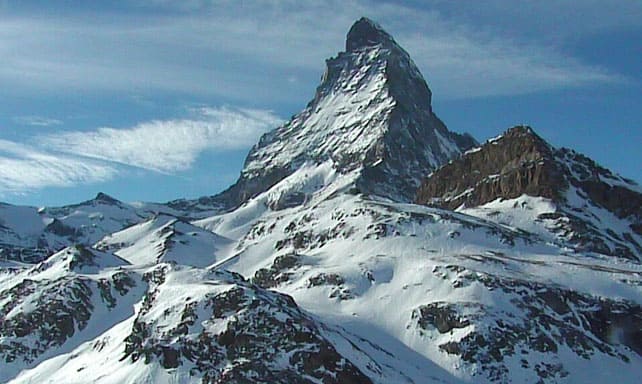 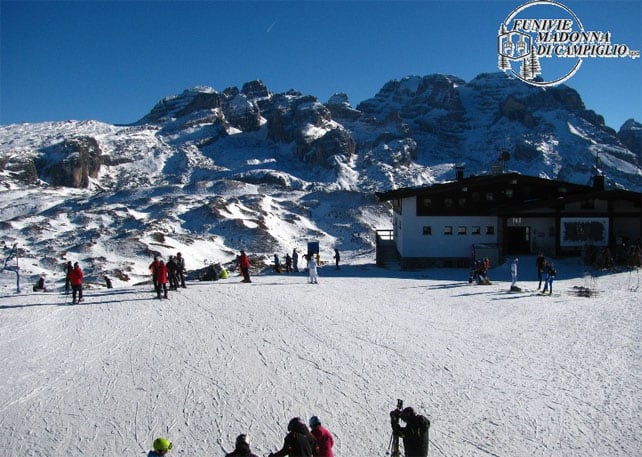 In Breckenridge, the sun shone for the Dew Tour

The last four days have seen world-class freestyle skiing and boarding in Breckenridge, Colorado – thanks to Ion Mountain Championships – the only winter stop on the Dew Tour this season. It’s always a big event. But this year the approach of the 2014 Winter Olympics gave it an extra edge. It also featured Britain’s very own James “Woodsy” Woods in the slopestyle – who will be a genuine medal contender at the Sochi games. This time, he finished sixth – a disappointment for him, but a result which still underlines his stature in the sport.

And here’s David Wise’s winning run from Saturday’s superpipe final. Check out the elevation he gets on those early tricks…

As you’ll see from the Goepper video, the weather was sunny for much of the weekend, and will stay that way until Thursday. After that, local snow guru Joel Gratz and his Utah compadre, Evan Thayer are both predicting a change in the weather, although it looks as though there won’t be as much fresh snow as first thought. Both are now talking about light to moderate accumulations in the run-up to Christmas.

Further north, in Montana and Wyoming there should be more snow, which will nicely add to Jackson Hole’s decent start to the season. 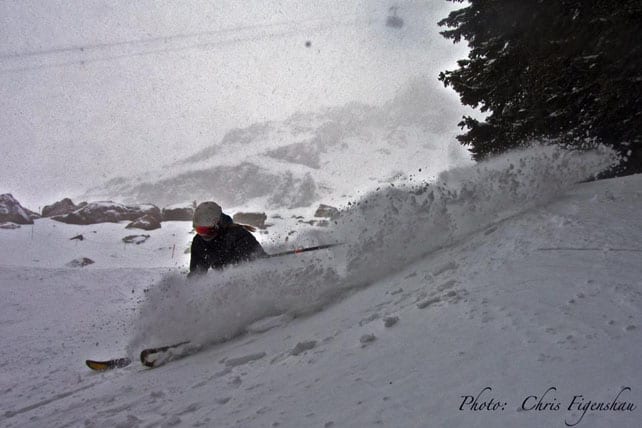 Western Canada gets a top-up 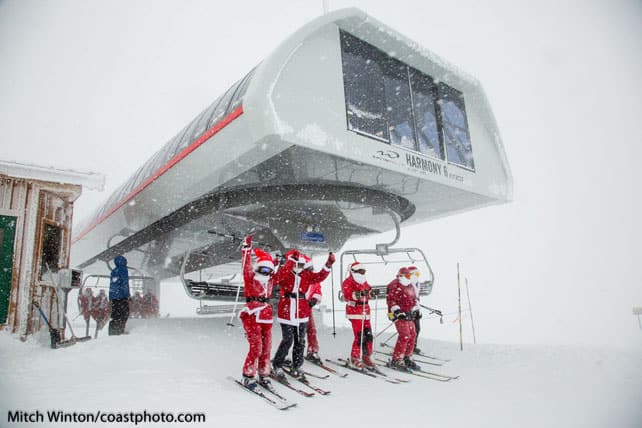 There was light snow in Whistler over the weekend – but less than originally forecast. Another 11cm is expected on the upper slopes by Wednesday. The mid-mountain snowpack there is 84cm. That’s okay given we haven’t reached Christmas yet. But it’s nothing special by Whistler’s early-season standards. This time last winter the cover there was twice as deep.

Meanwhile, inland, parts of British Columbia are having a great start to the season. Revelstoke, for example, reports 351cm so far this winter (more than double Whistler’s tally), and 60cm in the last week. It expects about 20cm more over the next couple of days.

Better late than never, here’s Revelstoke’s opening day video, which gives a flavour of the season so far.