As regular followers of the Snow Report will know, it’s been a warm winter so far in the Alps. It’s been stormy too: although, unusually, most of the action has been confined to the southern half of the region. Weather fronts have muscled in repeatedly from the south-west, and rolled along the central spine of the Alps. Most of the snow has fallen in the southern French Alps, Italy, and in those resorts which lie close to the Italian border in Austria and Switzerland.

As a result, there are some impressive snow depths about. For example, Madonna di Campiglio, in the Brenta Dolomites, has a whopping 180cm of snow at 1500m, and 240cm at 2250m. Further east in the Dolomites, Canazei reports 50-195cm snow. Both had fresh snow yesterday too: up to 35cm in places. 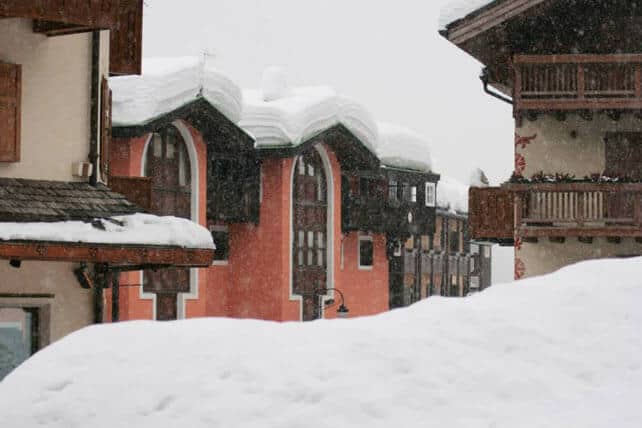 Meanwhile, in southern Switzerland, St Moritz has 194cm packed down on the lower runs and 228cm higher up. In Austria, Obergurl has up to 162cm, and in France Serre Chevalier has 110cm in the valley and 225cm up top. The avalanche risk is considerable or strong in most of these resorts – so check the local bulletins if you’re planning to ski off-piste, hire a guide, make sure you’re properly equipped and always, always, err on the side of caution. 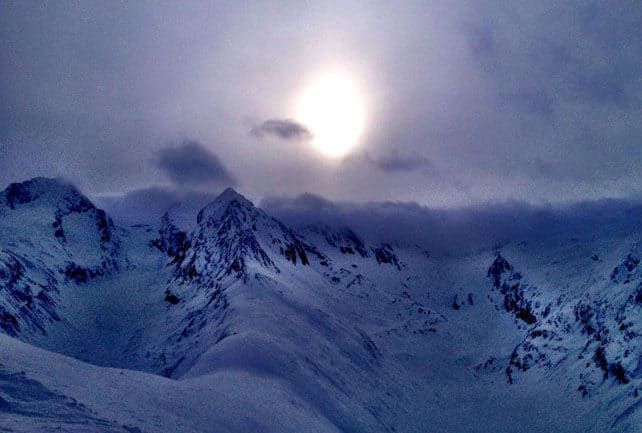 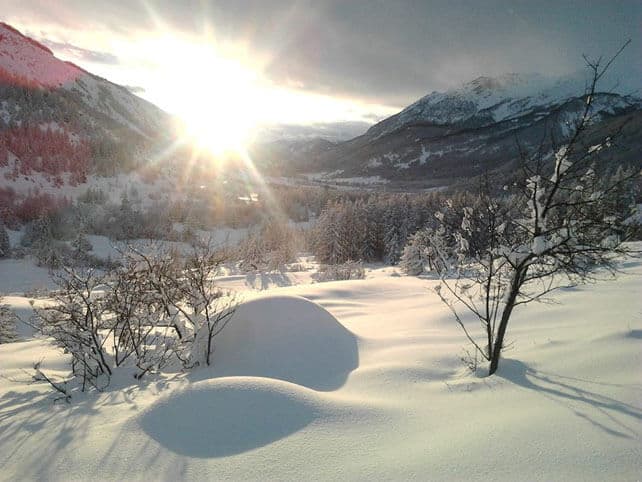 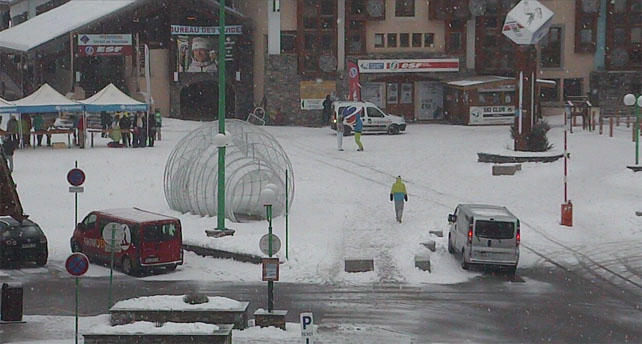 By contrast, in the north it’s been a much less impressive season so far, and lots of lower resorts have suffered from mild spells and bouts of the snow-eating southerly wind called the Foehn. Down in the valleys, all is green and spring-like. Two of our editors were driving through Bourg St-Maurice earlier today – which is well below resort level – but all the same were disturbed to find that, “It is wet and warm…just like Hampshire”. However, there is snow higher up: 76-122cm, in fact, up in Val d’Isere.

Worst-hit at the moment are the resorts north of Innsbruck in Austria, which have missed out on most of the snowstorms so far – and have suffered again in the latest mild spell. Sterling work has been done with snow-cannons and grooming machines to keep the pistes in shape, but they’re currently a long way behind their rivals in the south when it comes to snow depths and quality.

Fortunately, change is in the air. The wind is swinging round into the north-west and temperatures are dropping. In France, Meteo-Chamonix expects the freezing point to be down to 600m tomorrow. In Austria, it’s likely to be down to 900m by Friday

It looks as though Austria could get a proper dump of snow on Friday, too. Check out our Snow Forecast for the Alps for more on that – and fingers crossed it comes! 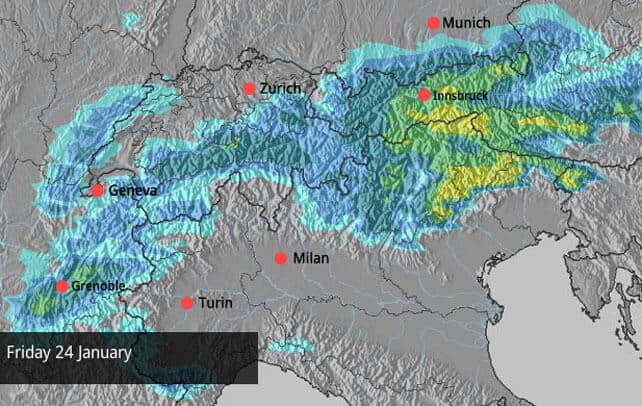 The Welove2ski Snow Forecast for the Alps, January 24.

The forecast for the Pyrenees is predicting heavy snow on Friday too.

Across the Atlantic, sunshine

In the American Rockies Colorado had a cracking start to 2014. Utah didn’t do too badly, either. Especially after I’d finished skiing at the Canyons. Bah humbug.

Here’s a little video from Vail last week to prove it.

But now everything’s gone quiet. A ridge of high pressure will keep things sunny and dry, probably until the end of the month. Further north, it’s been dry too: and Whistler is reporting only 306cm of snow so far this season. Sometimes, it can get 3m in a single month.