The Summer Ski Season is Underway in the Alps

They’ve cleared the road over the Col de l’Iseran, above Val d’Isere in France; and the Pisaillas glacier is open once again for skiing. So we can declare the summer ski season officially underway.

Here’s a taste of the effort required to get the snow off the road. The Col is the highest paved pass in the Alps, so it’s no wonder there’s still a lot of it about.

And here’s how it looked on the glacier on Sunday, with Val’s Club Des Sports about to get some turns. 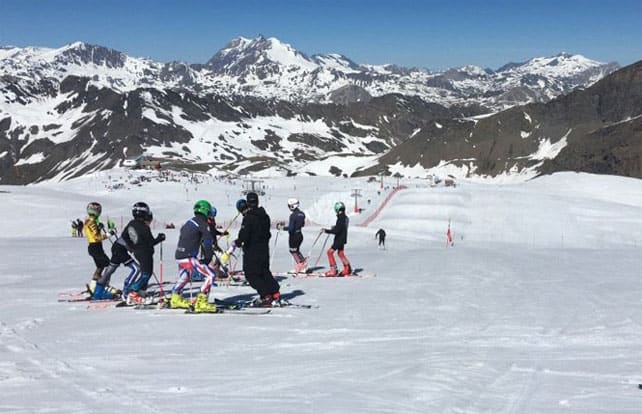 Of course, in the Alps the skiing never actually stopped. Val d’Isere didn’t finish its “winter” season till May 1. Tignes finished on May 6. And in Austria and Switzerland, a handful of glacier ski areas have been spinning their lifts ever since.

Some of these have now closed (the Kaunertal, for example, closed on June 3). But the Stubai glacier will stay open till June 18, and the Kitzsteinhorn until June 23. The highest pistes at Hintertux and Zermatt are open all year.

These will be joined by the Molltal glacier on June 15, Tignes and Les Deux Alpes on June 24, Cervinia on June 28.

For more about skiing when most people are at the beach, check out our guide to the best resorts for summer skiing.

The mountain-biking season is upon us too. The parks in Chatel, Les Gets, Verbier and Paganella – among others – are already open, and Solden’s Bike Republic, in the Austrian Tirol, opens on June 15.

The first big biking event/festival – the Crankworx – runs in Les Gets from June 14-18.

Of course, there’s lots more to do in the summer besides skiing and riding straight off ludicrously high jumps. For more on the summer scene in the Alps, check out guides to e-biking, adventure parks, summer-friendly resorts, and holidays with kids.

In the southern hemisphere, the Andes and NZ are expecting snow

In all three of the main southern-hemisphere ski regions – New Zealand, the Andes and Australia – the winter season is underway. Not all resorts are open yet, but by the end of the month the lifts will be spinning in most of them.

Currently, the high resorts of the Andes have the best conditions. The Tres Valles near Santiago in Chile opened early this season thanks to heavy snow. There was more snow there last week, and now the forecast is predicting a really big storm. Thursday and Friday should be the most bountiful days, and they’ll add up to the dump of the season so far if they live up their billing.

Here’s how Valle Nevado in Chile looked last week after the most recent snowfall. 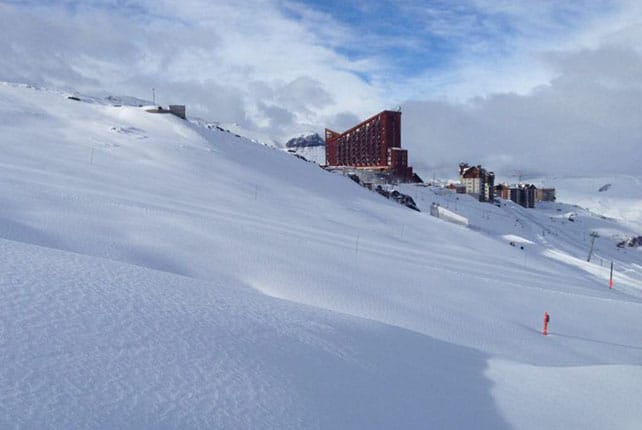 As you’ll see from the shot taken in The Remarkables below, the cover is still pretty thin, away from the snow cannons, but the forecast is for snow this week, starting on Tuesday. 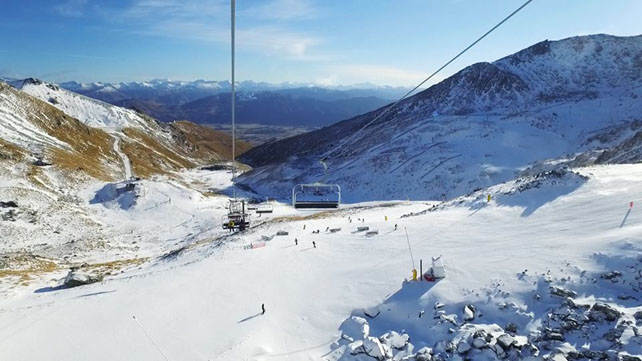