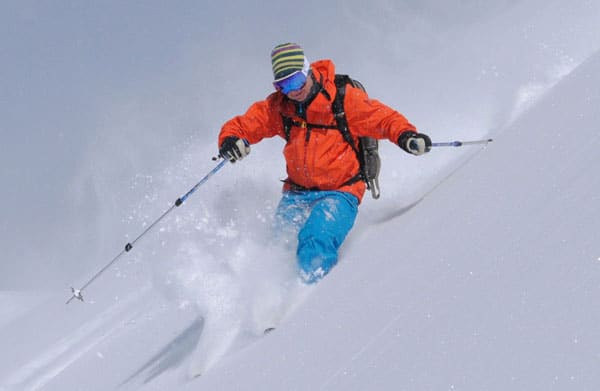 Our Meribel blogger, Alf Alderson, making the most of mouthwatering conditions in the Alps last week. The snow is still in superb shape now – though off-pisters will have to hunt hard to find untracked powder.

Anybody who’s taken their family skiing in the Alps this week should be feeling pretty smug today. The sun’s out. The snow is soft and deep. Temperatures are low, but not frigid. You couldn’t hope for a better start to half-term week.

The superb conditions come in the wake of a wonderfully wintry spell across the region, which started at the beginning of February. It’s the first extended period of cold (and snowy) weather we’ve had since early December, and it’s due to continue until the end of the week at least.

In fact, it’s going to get slightly more wintry than most family skiers would like – thanks to a noticeable drop in temperature on  Tuesday night/Wednesday. A dusting of snow is then likely in Austria and parts of eastern Switzerland and in France they’re expecting a sharp easterly wind known, ironically, as “La Bise” – the kiss. The kids will have to be wrapped up warm.

Thereafter, on Saturday and Sunday it looks as though the southern half of the Alps will see snow. In places, it could be heavy. Keep your eyes on our snow forecast for updates. 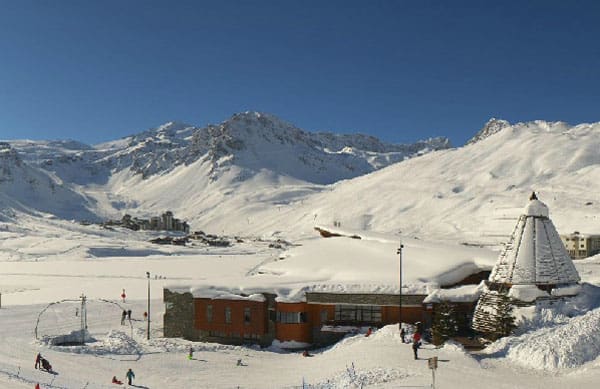 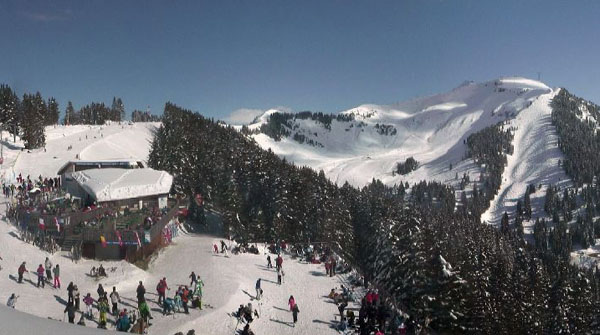 Les Carroz in the Grand Massif, where the snow is 100-440cm deep. Photo: © grand-massif.com 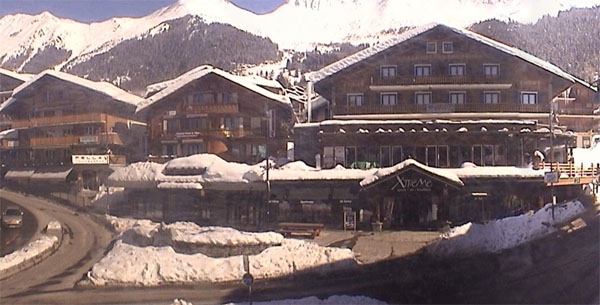 The scene above Zermatt today. On-piste the snow is 75-250cm deep. Photo: © Zermatt.ch 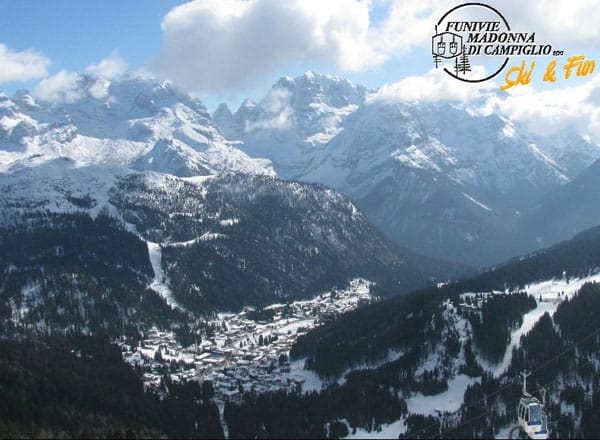 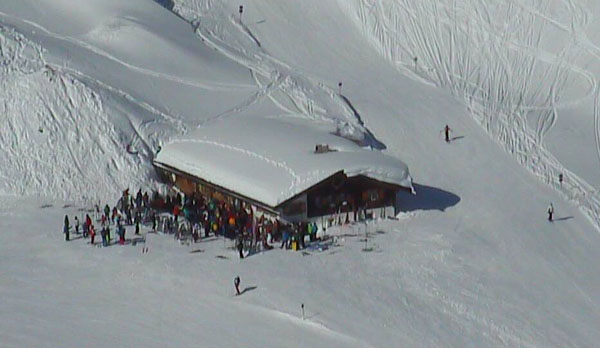 Lech in the Austrian Arlberg, where the snow is 145-300cm deep. Photo: © lechzuers.com 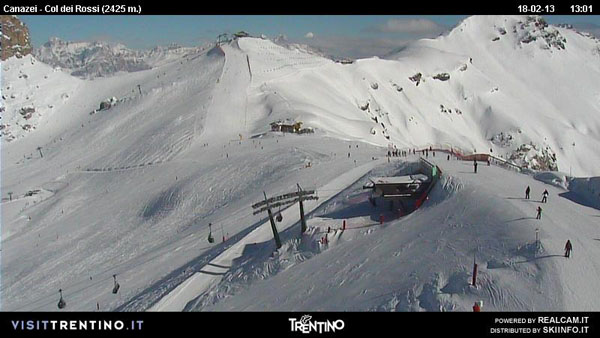 The scene above Canazei in the Italian Dolomites, where the snow is 45-190cm deep. Photo: © visittrentino.it 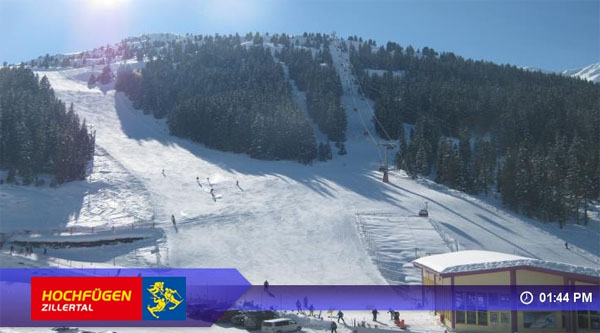 Hochfugen, in the Zillertal today, where the snow is 100-150cm deep. Photo: © hochfuegenski.com

In the Pyrenees, a thaw

Regular followers of our snow report will know that first weeks of 2013 have been extraordinary ones for the Pyrenees. On February 11, Baqueira in Spain reported over nine metres of fresh snow in less than a month, and 11 metres of snow since the start of the season. Needless to say, the snow is very deep across the whole of the range – but its quality is now being affected by a nasty thaw. In Soldeu in Andorra the forecast today is for a top temperature of +10C. Ouch!

A dusting of snow in Scandinavia 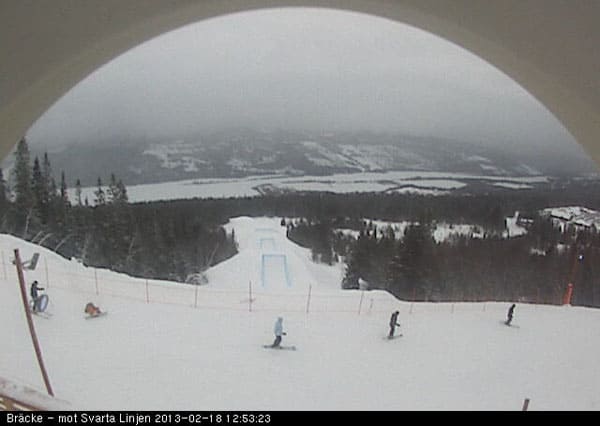 A dusting of fresh snow in Are, Sweden today. On-piste, the snow is 38-76cm deep. Photo: © skistar.com

I had a memorable week skiing Are in Sweden last week – most of the time beneath blue skies. The clouds are back today, and 1-5cm of new snow is expected – with a little more to come later in the week.

The forecast is looking interesting across the Pond 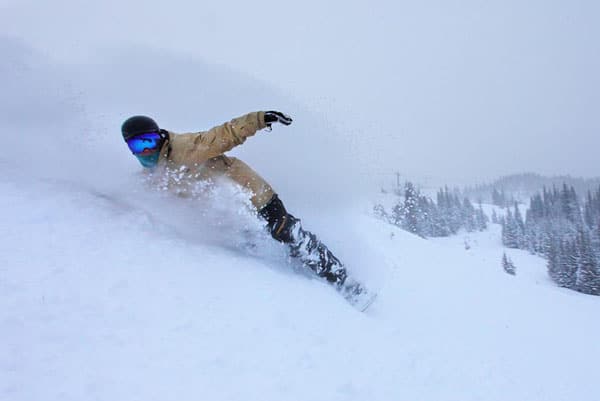 Across the Pond, Colorado’s season took a turn for the better last week with up to half a metre of snow in places (Breckenridge was one resort which did particularly well) – and there’s been more overnight. Two more snowy spells are expected, according to Joel Gratz’s excellent blog: on Wednesday (favouring Telluride) and then at the weekend across the whole of the state.

California should also see snow: the lovely, roosty resort Kirkwood, south of Lake Tahoe, is expecting a foot of snow on Tuesday, and there should be more at the weekend.