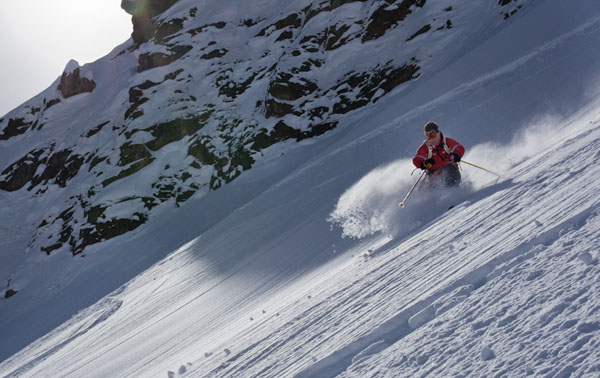 There’s still fresh powder if you know where to find it. This was taken on Tuesday by one of Piste to Powder’s guides above St Anton in Austria. Photo: © Franz Trimmel

Let’s hope everyone’s wrapped up warm today – because it’s just got a lot colder in the Alps. A big lump of cold air has drifted in from the east, and the top temperature today in Tignes isn’t expected to rise above -6C, even in the sunshine. Tomorrow, it won’t get above -8C.

All the same, February half-term skiers of all ages will be lapping up the snow. Regular readers of our snow report will know that February 2013 has (unlike January) been an excellent month in the Alps, with consistently cold temperatures, and lots of fresh snow, especially across the northern half of the region. It’s been a great week to be out on skis.

Off-piste, the snowpack has now settled, and the avalanche risk is fairly low. In the French Alps, MeteoFrance’s avalanche service reports that the snow on south-facing slopes is rather crusty – and of course the most popular routes have been heavily skied since the last significant snowfall, on February 14. In Austria, however, there was a top-up, overnight: the Tirol’s avalanche service reported 5-10cm of fresh snow this morning.

On piste, the cover is good pretty much everywhere, although the most popular runs are becoming more hard-packed as the week progresses. 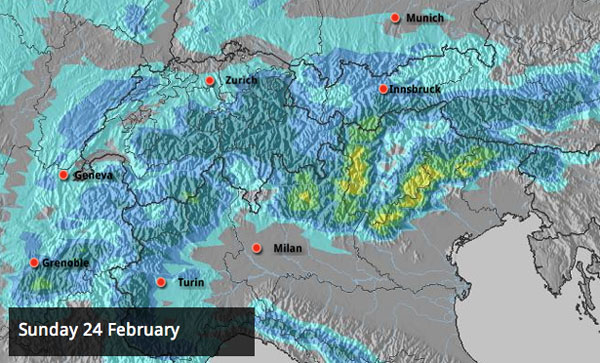 Our Alpine snow forecast for Sunday: the southern and western Dolomites should get the most snow.

When’s the next top-up of snow coming? In the short term, the snow forecast favours the Italian resorts, with Sunday’s forecast looking promising for the southern and western Dolomites. 20-30cm is expected in places. This will come from a low-pressure system piling in from the gulf of Genoa, so there’s the potential for a retour d’est over French resorts near the Italian border, too. This kind of weather is hard to predict with precision, however, and currently the snowfall there doesn’t look significant.

Here’s a selection of recent webcam shots and pictures from the Alps. As you can see, it’s generally sunnier in the west than in the east, although it is foggy in some lower French resorts. 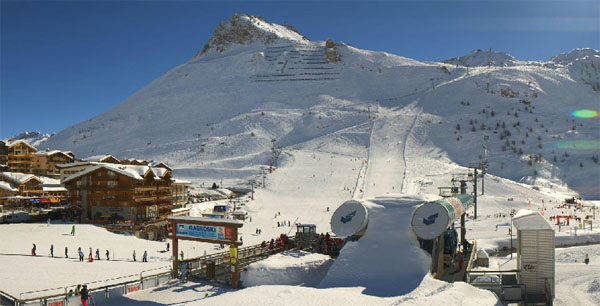 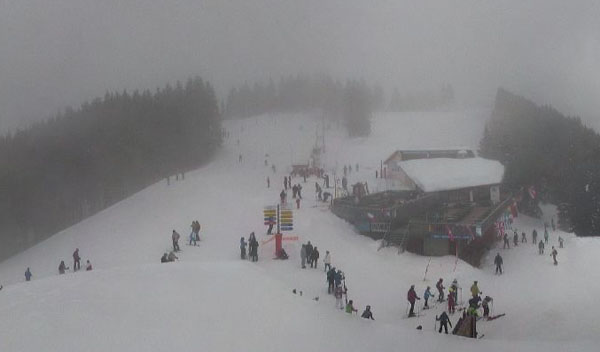 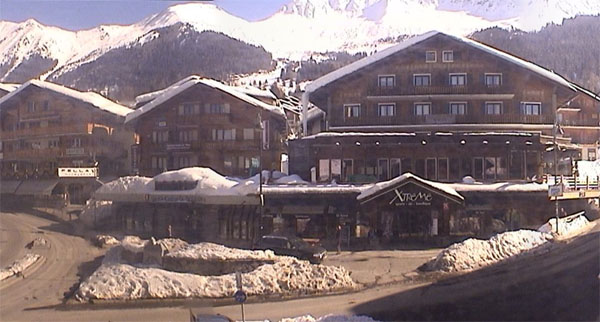 So, Harry and Cressida’s passion hasn’t melted all the snow in Verbier, just yet. Photo: © verbier.ch 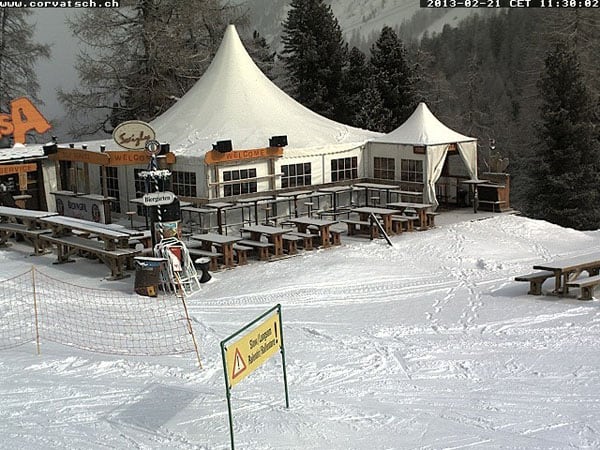 The Hossa Bar on Corvatsch in St Moritz: there was a dusting of snow overnight, and the snowpack is 35-163cm deep, on piste. Photo: © corvatsch.ch 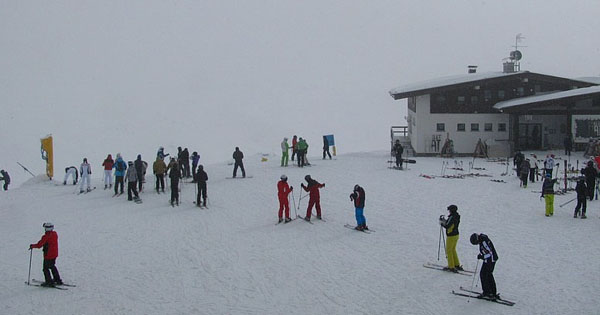 Madonna di Campiglio (60-150cm), which should get a good top-up of snow this weekend. Photo: funiviecampiglio.it 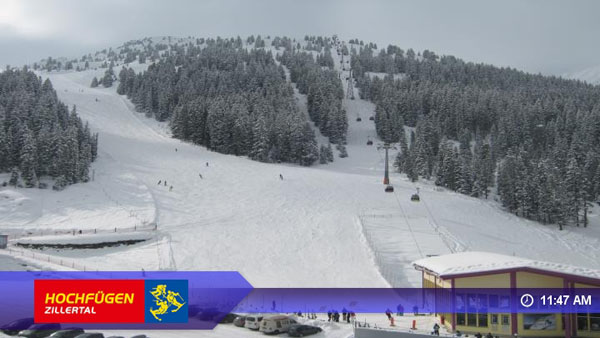 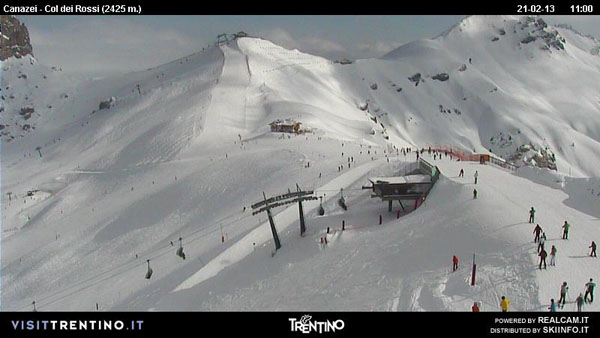 Canazei, in the Italian Dolomites, where the snow is 50-160cm deep. Photo: © visittrentino.it

Temperatures are dropping again in the Pyrenees

We reported in Monday’s snow report that the Pyrenees had been hit by a sharp thaw – with temperatures up to +10C at resort level in Andorra. Thankfully, it’s getting colder again, and some light snowfall is expected across the northern half of the range at the beginning of next week. There’s already a lot of snow on the slopes, thanks to the big storms of January and early February: but on all but the highest and shadiest slopes the quality will have been affected by the sudden jump in temperatures at the start of the week.

A little fresh snow in Scanadinavia 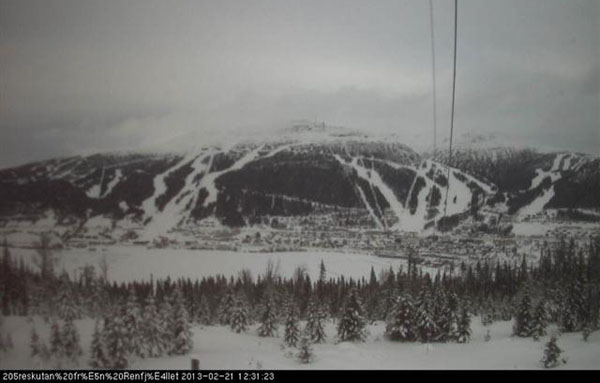 The snow is currently lying up to 76cm deep on Are’s slopes in Sweden. Photo: © Skistar.com

Up in Are, Sweden it’s an overcast day, but there is a little snow in the forecast: 1-5cm is expected. Above is how the Areskutan was looking today from across the lake.

More of the Right Stuff in the Rockies

In Colorado, the second half of winter is off to a much better start than the first. There was snow in many resorts on Valentine’s Day, and again at weekend and last night. There’s more in the forecast for Saturday night and Sunday, too. We’re not talking about massive dumps, but these regular top-ups are building a much improved snowpack for the spring months ahead. This morning, Breckenridge reported 13cm of new snow overnight, and 60cm in the last week. The settled snowpack is now 134cm deep, mid-mountain.  Long may it continue!

There’s been fresh snow in California, too. Kirkwood – one of my favourite small ski resorts – had 20cm of snow on Tuesday, and Heavenly, nearby (home to some superb tree skiing) 15cm. 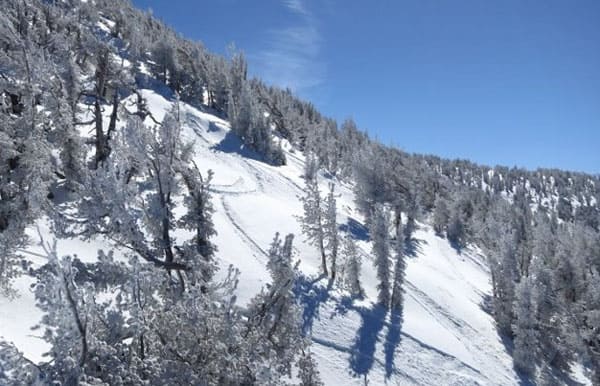 15cm of fresh snow amongst the trees in Heavenly, California. Photo: skiheavenly.com