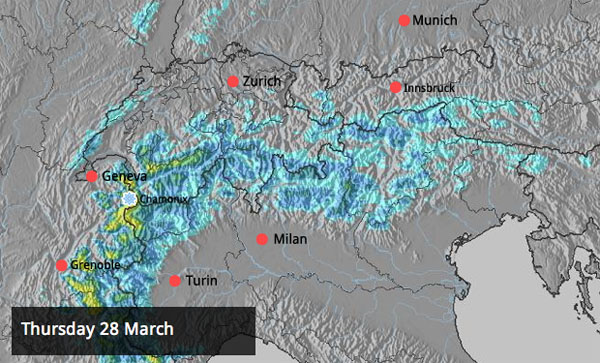 Today’s Alpine snow forecast. Chamonix is one of the resorts likely to do well from the current snowfall.

There’s fresh snow falling in the Alps today – with more to come over the weekend. Temperatures are going to stay fairly cool too, given the time of year. So if you’re heading out there for an Easter skiing holiday, and you’re hoping for wintry conditions, you can relax: at altitude in the French and Swiss Alps you’re going to find a pretty good skiing surface. On sheltered slopes away from the wind and the sun, it should be excellent.

In fact, in resorts such as Chamonix and Tignes there should be enough snow not just to get the pistes back into tip-condition, but also to cover the crust and crud off-piste too. Bear in mind, however, that the snow is coming in on a south-westerly wind, and is pretty wet below 2000m.

In Meribel, our blogger Alf Alderson has just sent us this snow report: “After a great day of spring skiing yesterday it’s snowing heavily again in Meribel Village. The outlook is pretty good for next few days, too, so conditions on and off piste should improve (there’s been lots of hard icy stuff around the last few days). However, visibility may be an issue!”

On Sunday, there’s going to be snow over the eastern Alps too. Only 10cm will fall in most places – but that should be enough to refresh the pistes. Parts of southern Austria and the Italian Dolomites should see more: up to 20-30cm. Check out our Alpine snow forecast for details.

Looking ahead, further into next week, the signs are that cool, snowy weather will persist. One mid-range weather model is predicting a bout of even colder weather to move in around April 7 – although it’s to soon to be sure of that yet. What I can’t see in any of the charts, however, are signs of a warm, sunny spell.

Right then – here’s a sample of the day’s webcams. 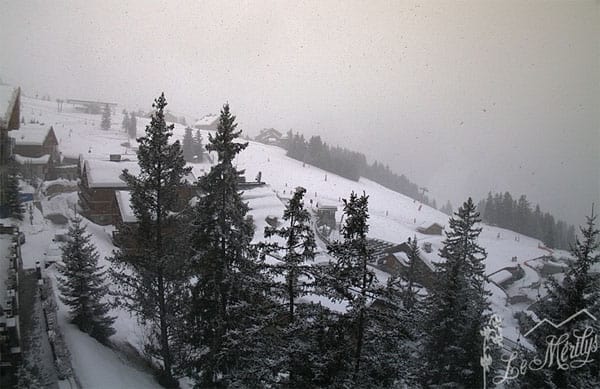 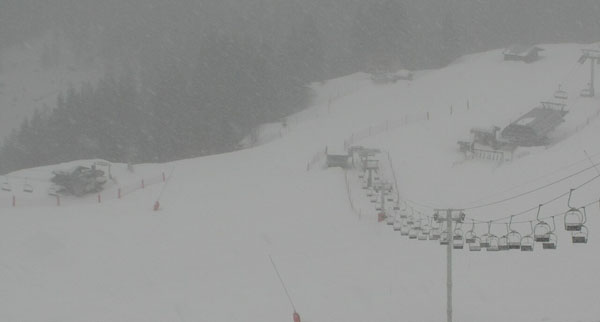 Samoens, in the Grand Massif, where there’s 65-365cm of settled snow. Photo: © grand-massif.com 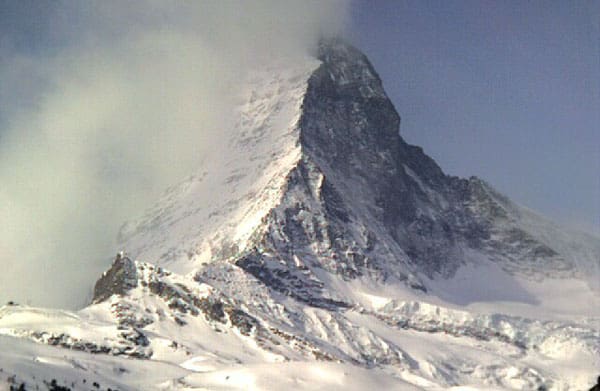 It’s not snowing yet on the Matterhorn, above Zermatt. Photo: © zermatt.ch 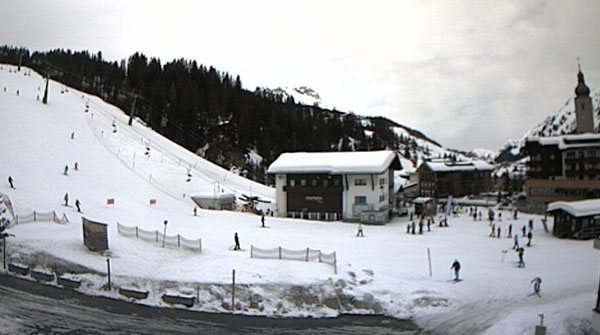 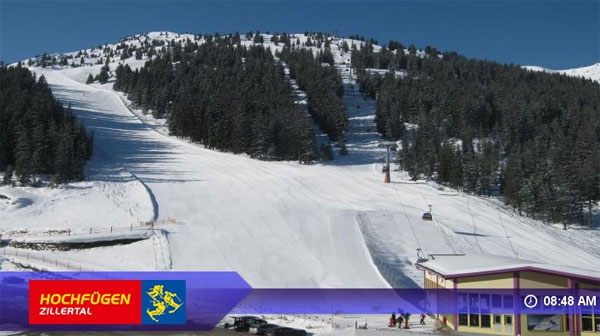 Clear skies above Hochfugen, in the Zillertal, where the snow is 75-130cm deep. Photo: © hochfuegenski.com 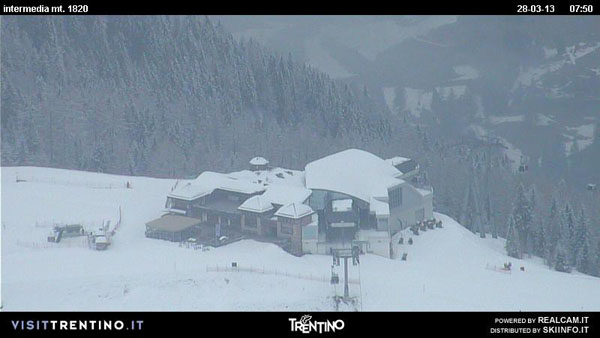 The slopes near Moena in the Italian Dolomites, where the snow is 35-165cm deep, on-piste. More snow is expected here overnight and again at the weekend. Photo: © visittrentino.it

In Scandinavia, winter loosens its grip – a little

Up in Are, Sweden, it’s been a long, steady winter. Today, there’s a little fresh snow about (up to 5cm) and the temperature is -1C at the bottom of the lift system. But it looks as though things are going to warm up slightly over the next four days with the mercury rising to a balmy +2C on Monday. More snow is expected, although it may be raining lower down. 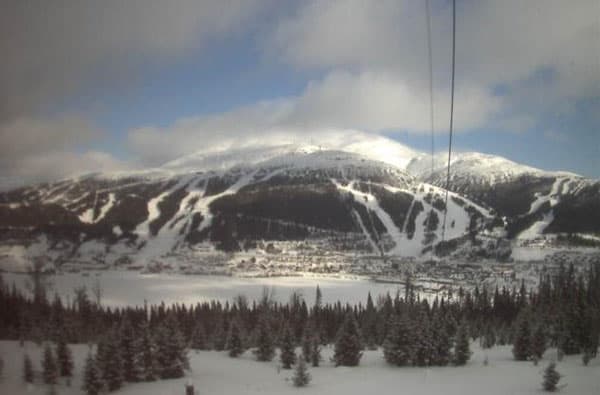 Are, Sweden, March 28, where the settled cover is around 65cm on the pistes. Photo: © skistar.com

Across the Pond, it’s warming up

For powder hounds, the second half of winter in the American Rockies has been a lot better than the first – and the dominant trend in the weather has been for lots of little top-ups of snow, which can amount to significant totals in the course of the week. Here’s a rather lovely video from Vail in Colorado last weekend, which was celebrating 50cm of snow in the course of a week. Odd, isn’t it, that you so rarely hear female artists singing on ski vids?

There was another top-up of snow in Colorado this week (Breckenridge reported 10cm on Wednesday) but this week the weather is warming up, and it’s due to stay warm over the weekend. According to ace blogger Joel Gratz, the next significant storm is due in on Monday. It’ll start mild and wet and hit the southern resorts hardest, before the air cools and the snow becomes more widespread.