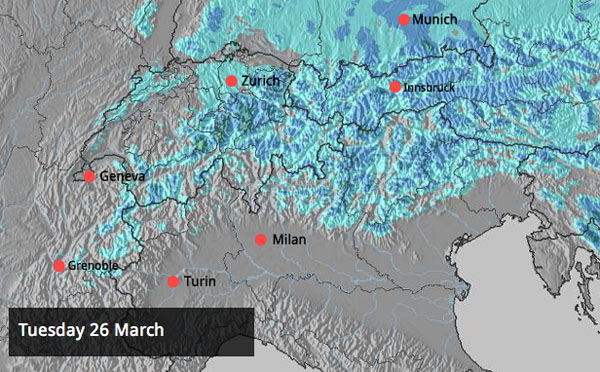 The Welove2ski Alpine snow forecast for March 25. Heavier snow is expected at altitude at the end of the week.

It’s spring. So we shouldn’t be surprised that, in the Alps, the sensational snow of last week has been followed by a thaw. The rise in temperatures at the weekend was pretty sharp, too: in high-altitude Val Thorens, the mercury hit +6C at village level on Saturday afternoon.

It’s cooling down now – and according to French forecasters Meteo Chamonix the freezing level will be down to 1300m on Tuesday. Our Alpine snow forecast is predicting a dusting of snow today and tomorrow as well, especially in the eastern half of the region.

But I’m afraid the sumptuous powder snow we were skiing last week has become either wet or crusty on many slopes. As MeteoFrance’s Avalanche Forecast says, spring conditions now predominate – with the snow affected up to 3000m on south-facing slopes and up to 2000-2400m on north-facing slopes. Because it’s cooler today, the daytime melting cycle will be less pronounced too. You’ll have to ski fairly low down to find snow that’s softening in mild air – or migrate to the highest north-facing slopes in search of the powdery stuff left over from last week. Otherwise, expect to find the skiing surface pretty firm on the pistes, and crusty off them.

Temperatures will rise again as the week progresses, and heavy snow is in the forecast for the western and central Alps on Friday and Saturday – although it will be raining lower down. This is no surprise at the end of March. If you are planning a last-minute escape to the mountains then make sure you’ve booked a high-altitude ski area to be sure of good-quality cover. 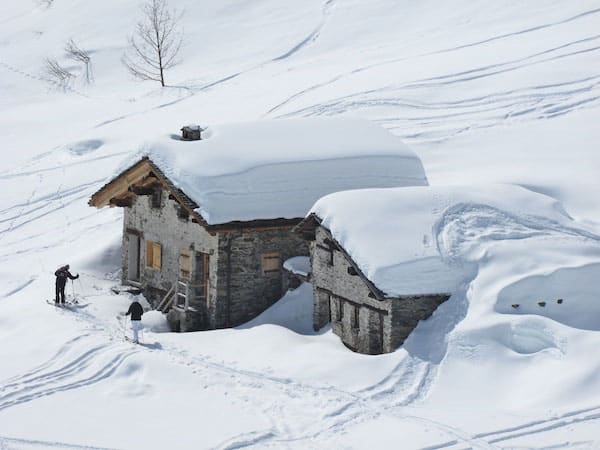 Here’s how much snow there was last week in La Rosiere, which was walloped by last week’s storm. Photo: © welove2ski.com

Despite the spring weather, the cover is – for the most part – deep for the time of year, and we’ve enjoyed a much better March than in many recent seasons. There’s not much consensus in the mid-range weather charts about what lies ahead in early April: but there is the chance of another wintry blast next week. We’ll keep you posted.

Below is a quick survey of today’s webcams – I emphasise quick because on a day of flat light and fog about there’s not much to look at!

But first, in case you haven’t seen it already: here’s Torin Yater-Wallace’s winning run at the X-Games SuperPipe in Tignes on Friday. The guy’s only 17, for Chrissake…

Tignes today. A high of +1C is expected, and the snow report records 5cm of fresh up on the glacier. Photo: © tignes.net 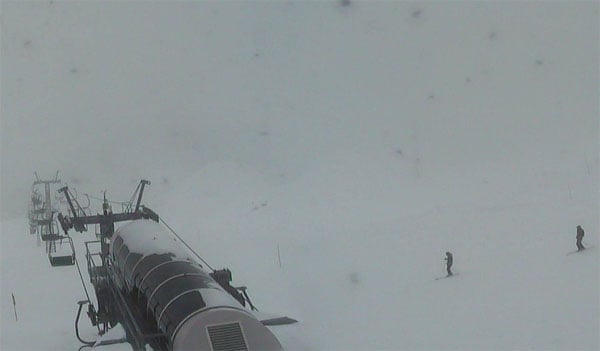 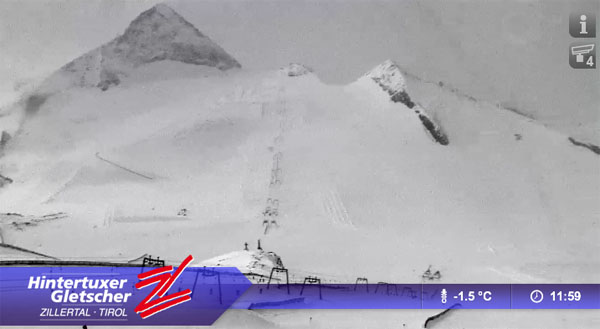 The scene up on the Hintertux glacier today, where the snow is up to 240cm deep. Photo: © tux.at 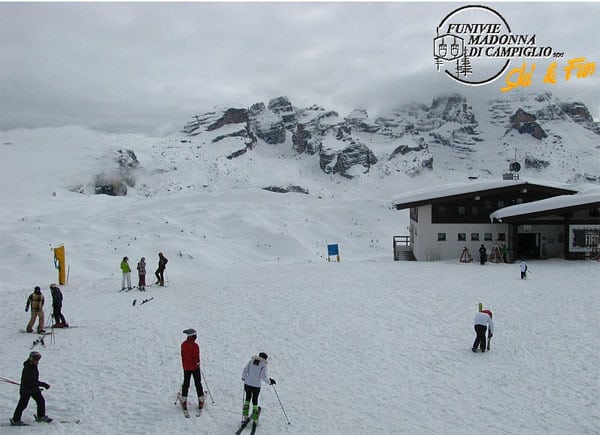 Madonna di Campiglio, in the Brenta Dolomites today. There was 18cm of new snow on Sunday, and it’s going to be -2C on the highest slopes this afternoon. Photo: © funiviecampiglio.it

In Scandinavia, the long sunny spell is over – for now

Up in Scadinavia, the weather’s changing after a long, cold sunny spell. In Are, Sweden, it’s a little milder today – up to +1C at the bottom of the lifts. There’s snow in the forecast too: nothing heavy, but certainly enough to refresh the pistes. 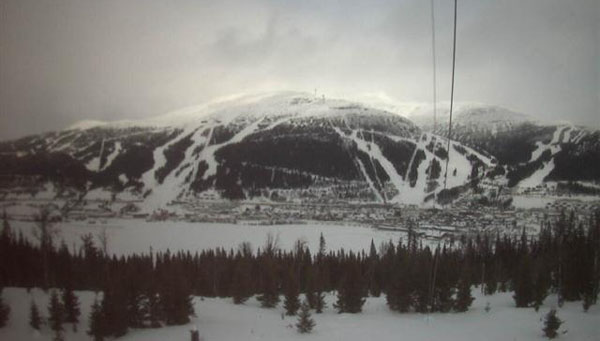 Are, Sweden, today, where 1-5cm of new snow is expected. Photo: © Are, Swedenskistar.com

Powder days in parts of America and Canada

Last week was pretty wintry in the American and Canadian Rockies. On Friday,  Snowbird in Utah notched 43cm of new snow in 48hrs, and this morning in Colorado, Breckenridge’s snow report records 22cm in 48hrs, and 76cm in the last week. Up in Canada, Fernie has had 91cm of fresh snow in the last seven days.

Jackson Hole has had plenty of snow too. Here’s a rather tasty video of the powder day on March 21.

Across the region temperatures are now forecast to rise steadily, and warmer, wetter snowfall is expected over the Easter Weekend.