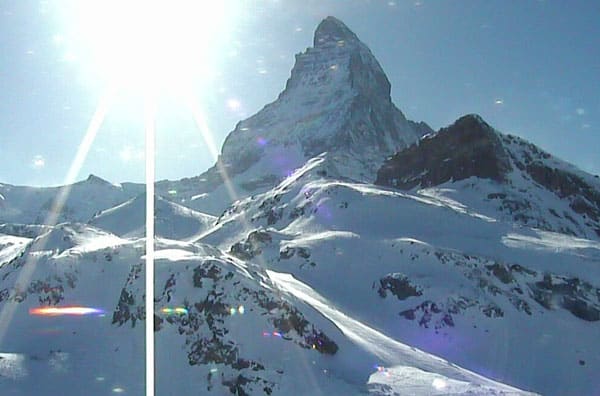 A great day to be sitting on a sun terrace looking at this particular lump of rock. Photo: © zermatt.ch

After a month of gloriously wintry weather, it looks as though spring has now sprung in the Alps. Today, the weather is mild and sunny, and at village level the temperatures are going to be balmy: +9C in Meribel, +8C in Verbier, +6C in Lech.

But it’s not going to last – in the short term at least. On Wednesday, a rather soggy weather front is going muscle its way into the Italian Alps. According to our Alpine snow forecast, it’s going to bring heavy snow to the south-western Alps at altitude, and rain at lower elevations. Then at the weekend colder, more wintry weather will blow in from the north and is likely to persist until the middle of the week.

Thereafter, the outlook is changeable to say the least. The mid-range forecasts keep changing their prognoses, but an extended period of high pressure doesn’t seem to be among them. At this stage, March looks like a season of ever-changing moods (and temperatures).

Below is a quick sample of the webcams today. Clearly it’s a day for spring-skiing tactics, and at least an hour on a deckchair somewhere, formulating hopelessly ambitious plans for the summer. 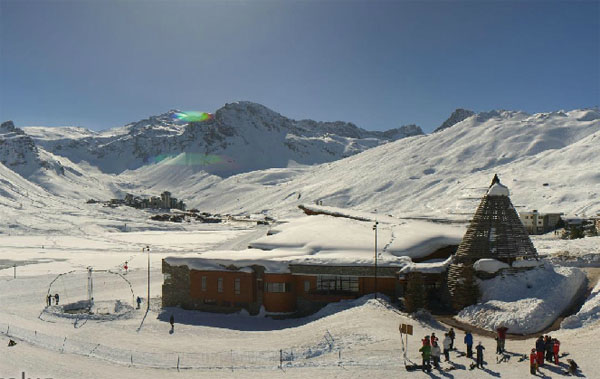 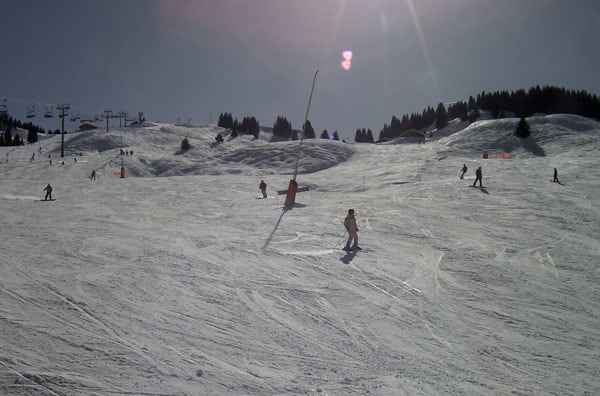 Good snow on the pistes in Morillon, despite the rising temperatures. Photo: © grand-massif.com 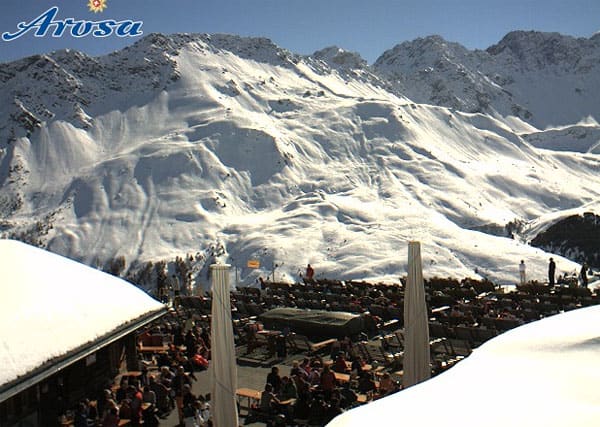 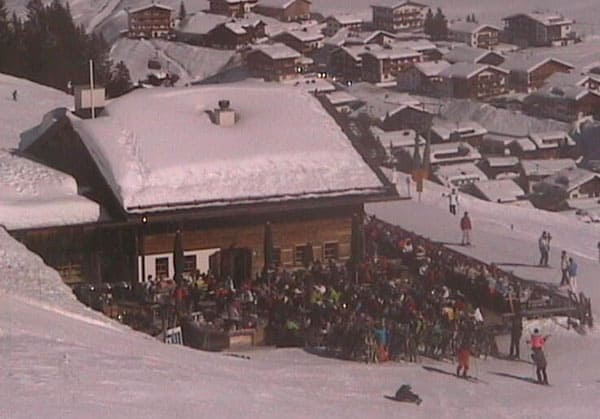 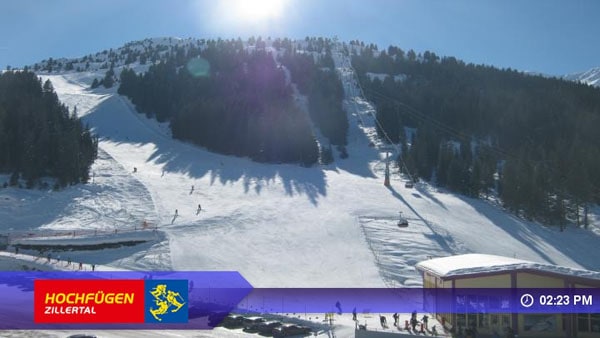 Hochfugen in the Zillertal, March 4, where the settled snow is 90-140cm deep. Photo: © hochfuegenski.com 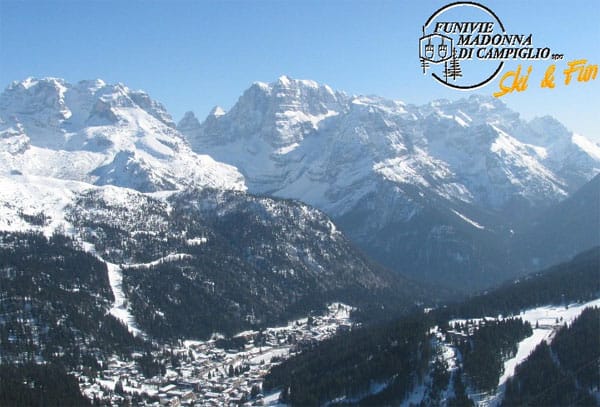 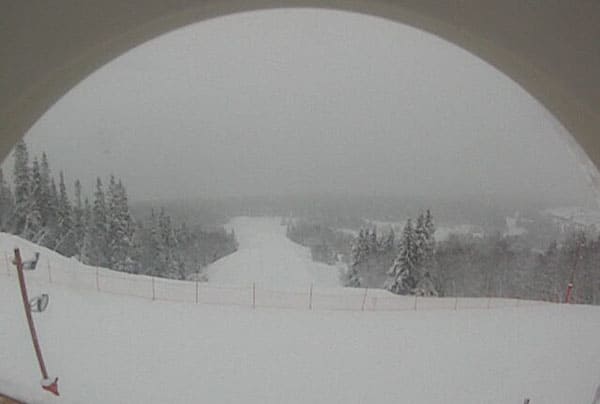 Are, Sweden today – which is expecting 30cm of fresh snow from the latest storm. Photo: © skistar.com

Meanwhile, up in Are, Sweden, it’s snowing hard today. “I got face shots just walking the dog,” said Helena Engelbrecht this morning. Which may be an slight exaggeration: but with 30cm expected to settle on the gorgeous upper slopes of the Areskutan over the next two days – and more to come on Wednesday – it’s going to be an exciting few days in the resort.

It’s been snowing hard in Canada too 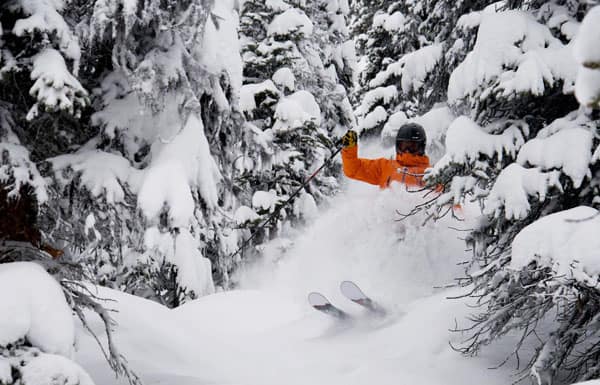 This weekend was a memorable one in the Canadian Rockies, with many resorts getting a big dump on Friday, and a top-up on Saturday night. Up near Jasper, Marmot Basin’s snow report records 70cm of the white stuff since March 1. Further south, Lake Louise has had 65cm.

Up to 30cm of fresh snow in Colorado this morning 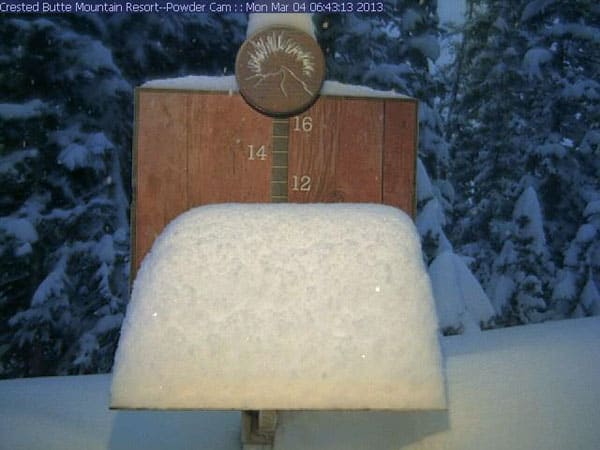 You’ll have seen from the February 28 snow report that the American Rockies are having regular top-ups of snow. The latest came on Sunday night, and left 28cm of fresh at Crested Butte and 23cm at Breckenridge. Colorado isn’t the only place getting the goodness: Jackson Hole, Wyoming reports 20cm this morning, too.

There’s also fresh snow in the Lake Tahoe resorts of California.  The lovely, rootsy resort of Kirkwood, California, reports 15cm of fresh this morning, and there’s roughly the same amount in upmarket Northstar, where one of our editors Peter Hardy is skiing today. “We’ve got fresh powder and Californian sunshine this morning,” he reports. “There should be more snow midweek, too.”