This weekend will see another big step towards the end of the mainstream ski season. Among the resorts closing for the season will be St Anton, Lech, and Obergurgl in Austria, Verbier in Switzerland, and Serre Chevalier, Alpe d’Huez, and most of the Three Valleys in France (with the exception of Val Thorens, which stays open till May 8).

Which is a shame, because look what’s coming in the snow forecast… 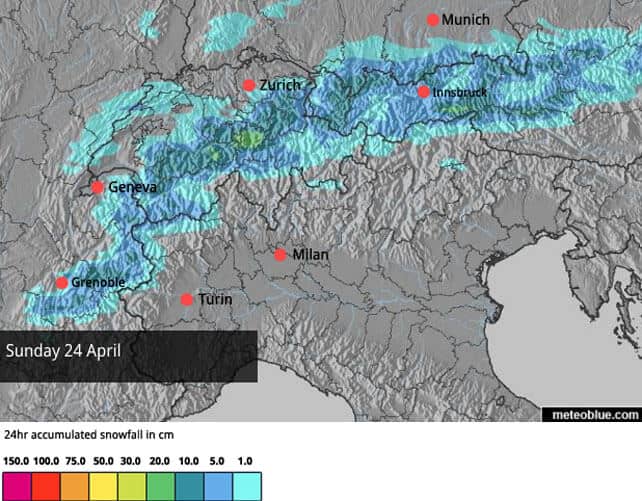 North-west Europe is heading for a another cold snap, and this one is going to have real bite. On Sunday, we’re likely to see the daytime freezing point drop to around 1000m right across the northern Alps. It’s going to stop spring in its tracks, and it’s likely to last until next Thursday at least. At the moment, there are no really big dumps showing up in the snow forecast, but it does look like it will be snowing, off and on, for several days, and at the very least it will do wonders for the on-piste cover in the high-altitude resorts.

If you can take advantage of it, there’s still a reasonable choice of high-altitude resorts to target. Several glacier ski areas – including Hintertux and the Stubai – will be running in Austria, as well as Ischgl, along with Zermatt and Engelberg in Switzerland, Val d’Isere, Tignes, Val Thorens, Les Deux Alpes and parts of Chamonix in France, and Cervinia in Italy. Even with the new snow, there’s going to be hardly anyone there. Whenever the sun comes out, it’ll feel like you’ve got your own private ski resort.

But before the cold snap comes we’ve got two more days of warmth left. Today, in France, the daytime freezing point will be at 3500m, and even in high-altitude Val Thorens, the mercury at resort level will hit +10C this afternoon. In Austria, the Tirol’s avalanche service expects the mercury to hit +3C even at 3000m. It’s a day to get your skiing done early, before conditions get too slushy.

Here’s a quick look at the morning webcams, starting with Val d’Isere in France, where the cover is currently 59-145cm deep, depending on altitude. Let’s not forget that at the top of the resort there has been 30-40cm of new snow over the last week: although the current thaw means you’re not going to find powder unless you’re on a north-facing slope above 3000m. The resort closes on May 1. 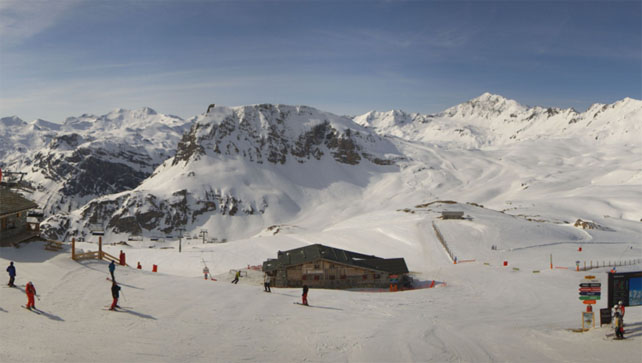 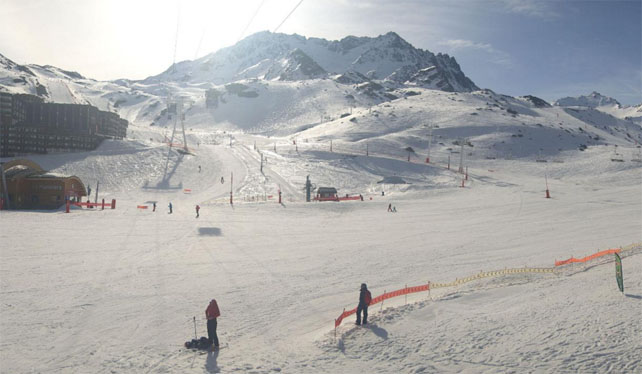 Pictured below is Cervinia, which closes on May 1, and has 45-210cm of settled snow on pistes. 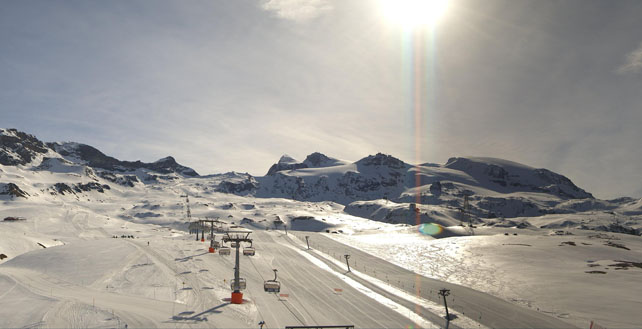 Below is Ischgl, where British band Muse will be playing the closing concert on April 30. Here the snow is around 70cm deep on-piste. 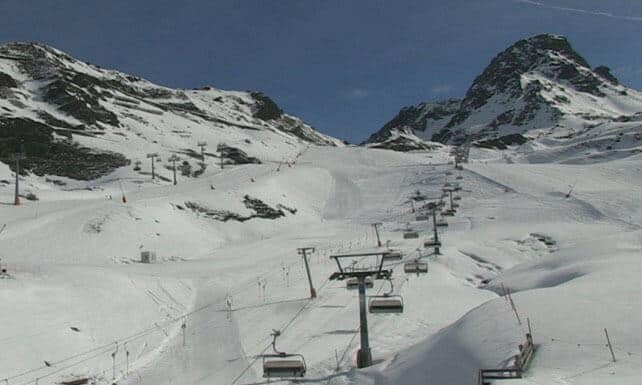 And this is the Hintertux glacier in Austria, which stays open for skiing all year: it’s in great shape at the moment, thanks to a couple of significant dumps – one between April 7 and 9, and the other at the beginning of this week. Currently, the settled cover is 285cm deep, on-piste. 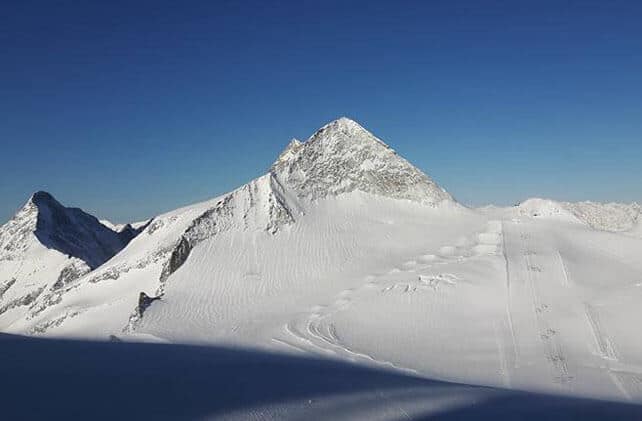 Colorado has just had a fabulous week of snow – although it’s come after many resorts have closed. Breckenridge is one of the last mainstream resorts to wind up operations this weekend – and has been enjoying fabulous late-season conditions, thanks to 75cm of the white stuff over the last seven days. Aspen and Copper are both offering weekend skiing this weekend, too: but thereafter it’s all about the state’s two high-altitude resorts, A-Basin and Loveland. There’s more in the forecast, by the way: local snow guru Joel Gratz is expecting the white stuff this weekend and – more significantly – next week.

Up north, Canada is having a very mild spell. Even in Lake Louise in the Rockies the temperature yesterday was +18C at the base area. Fortunately, temperatures will drop at the weekend and there should be snow at altitude.

No Responses to “Another Cold Snap Approaches”