Hallelujah, Snowfiends! It looks as though the Christmas storm lived up to its promise.

Admittedly, the white stuff wasn’t evenly distributed across the Alps. A few isolated spots in Switzerland, Austria and Italy were walloped by a staggering 100-150cm – while some of the lower resorts in Austria saw a lot of rain at village level, with less than 10cm of snow higher up.

Generally speaking, however, most resorts saw 25-50cm, with big differences between accummulations at the top and the bottom of the lift systems. In most cases, it’s been more than enough to set the pistes up for a superb day of skiing today, especially if you stick to the higher slopes. 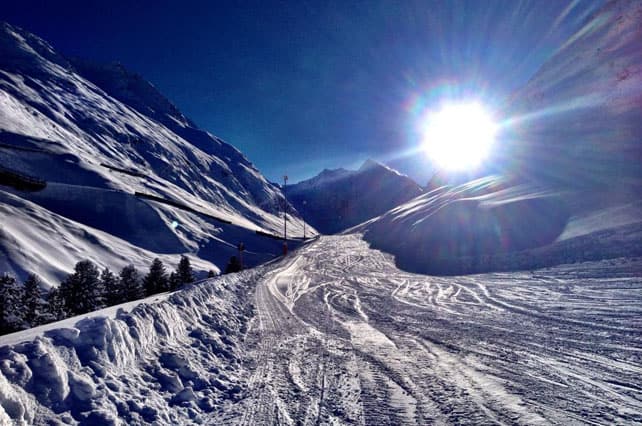 Obergurgl in Austria, which reports 50-80cm of new snow, depending on altitude. Photo: Obergurgl/Facebook

Off-piste, conditions are more variable. The cover was very thin across the Alps before the Christmas Day/Boxing Day storm, and in many resorts skiers will still have to accept that they’re going to scrape the odd rock on popular off-piste descents. They’ll need to be disciplined about avalanche safety, too: thanks to high winds, unstable wind slabs are a feature of snow cover off-piste, and the avalanche risk is up to 3/5 – “considerable”  – in most areas as a result.

Here’s a brief survey of webcam shots and Facebook pictures from the resorts. 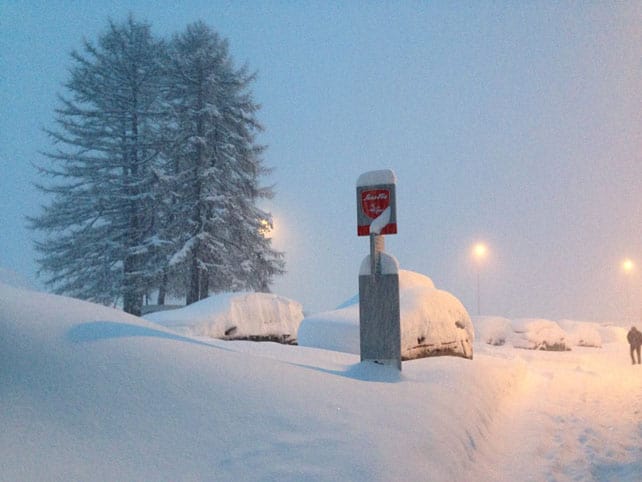 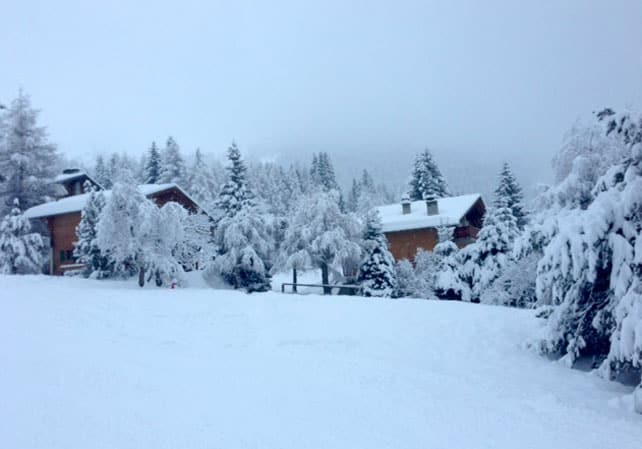 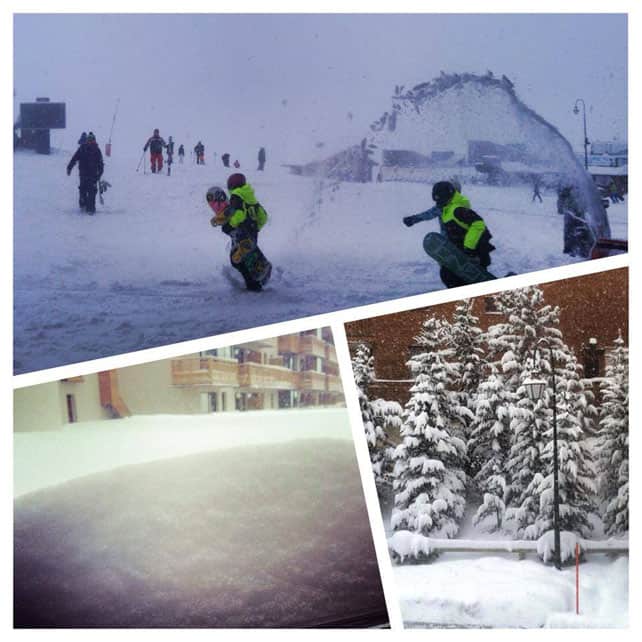 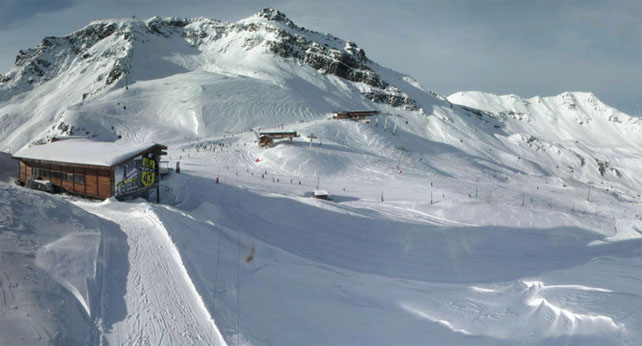 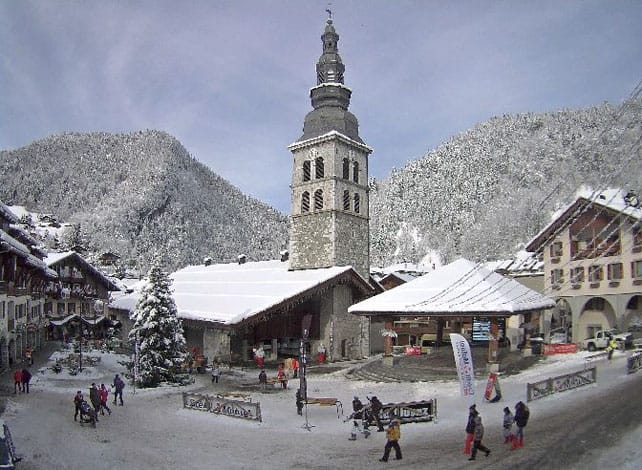 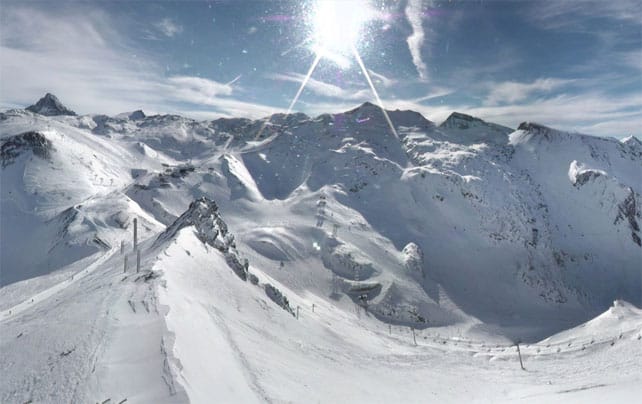 Les Deux Alpes today – up to 30cm of fresh snow from the storm. Photo: les2alpes.com 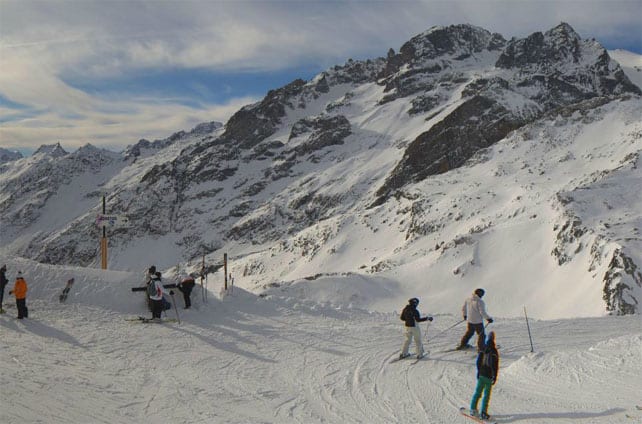 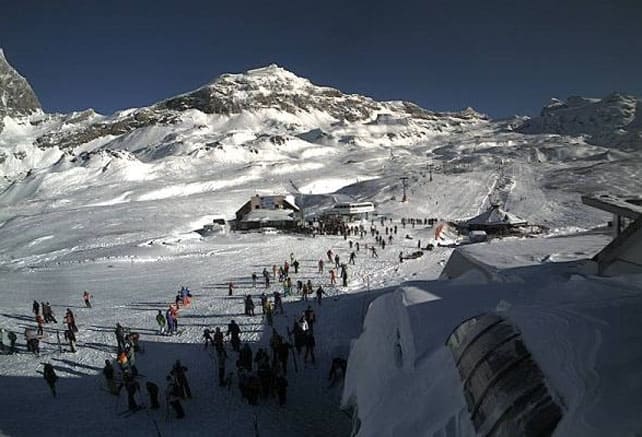 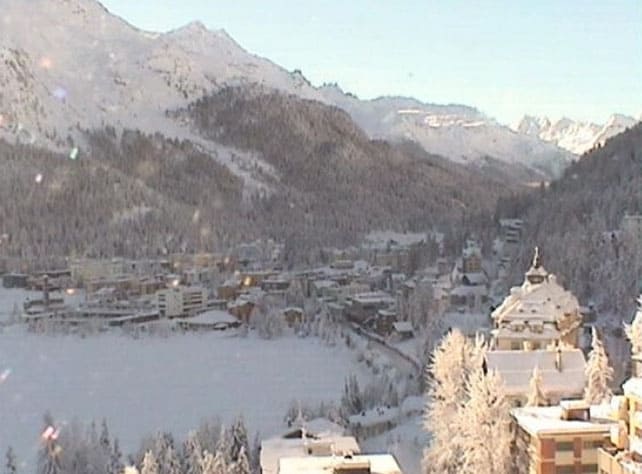 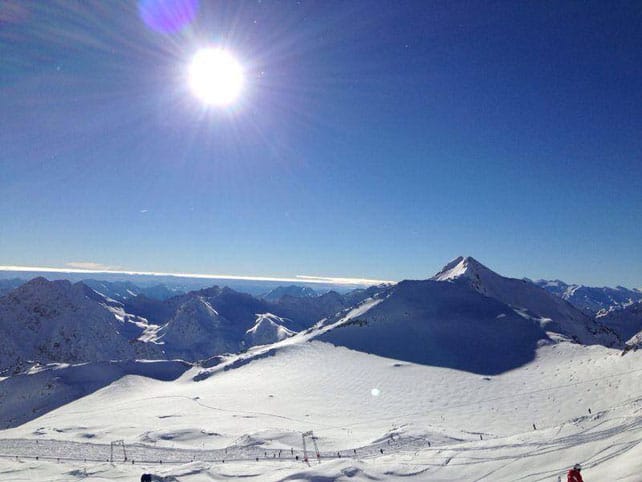 More snow is on the way

One feature of today’s weather are the mild temperatures. In the French Alps, the freezing point is likely to rise to 2300m in the sunshine – and in Austria, it’ll be almost as high. That’s going to affect the snow cover on sunny slopes – so it’s good to know that more snow is on the way today and tomorrow.

Here’s the snow forecast for the Alps for Saturday. 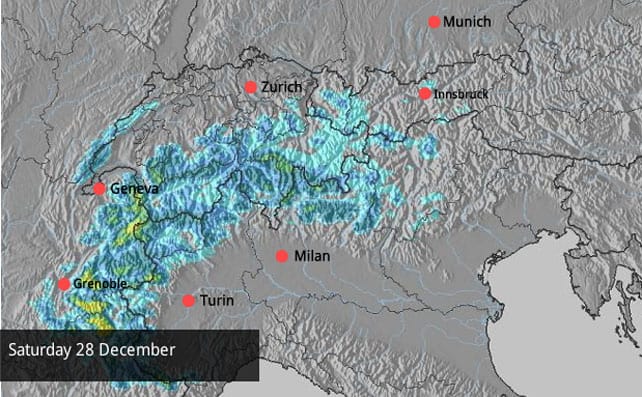 The Welove2ski snow forecast for the Alps, December 28.

And this is the forecast for Sunday. 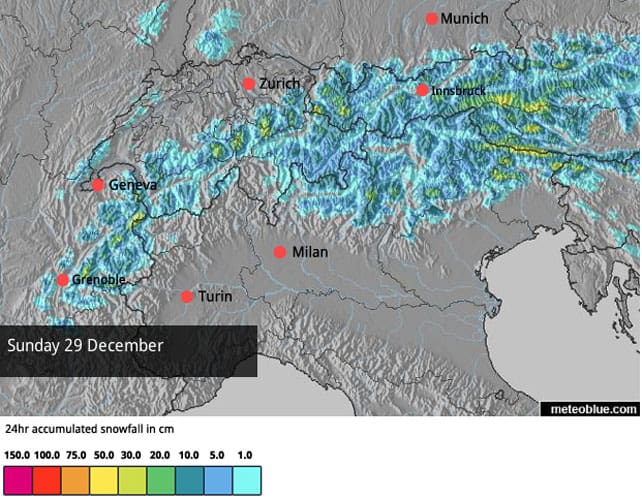 The Welove2ski snow forecast for the Alps, December 29

One thing to note about this coming dump is the fact that temperatures will be quite low – the snow should fall down to village level, even in the lowest resorts. However, if I were heading out to the Alps in the near future, I’d still target a high-altitude resort. It has been a mild winter so far, and there’s no sign yet of profound change.

It looks as though there will be more snow on New Year’s Day, too.

More snow in the Pyrenees

It wasn’t just the Alps that had snow over Christmas. Pictured below, was the Grandvalira ski area in Andorra yesterday. 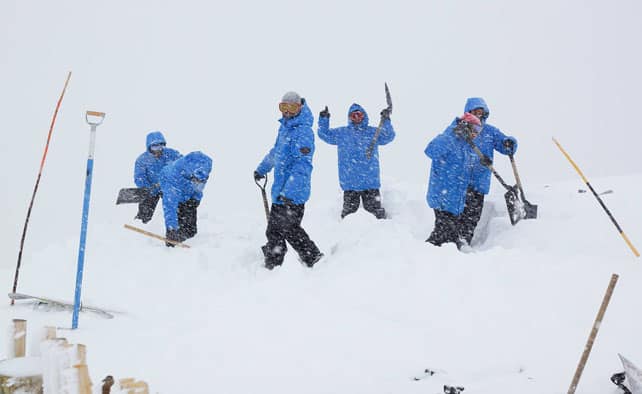 Meanwhile, in Catalonia, Baqueira-Beret reports 40-50cm of new snow, depending on altitude.

Pre-Christmas powder in the Rockies

In the immediate run-up to Christmas, there was more snow in the Rockies too. As in the Alps, it was unevenly distributed, but some places did well.

This video was shot in Vail, Colorado on December 23 – when the resort reported 22cm of fresh snow overnight and 53cm in four days.

Jackson Hole in Wyoming did well, too, with 76cm over a similar period. On December 23 Breckenridge reported 20cm – which was a great curtain-raiser for the opening of Peak 6 on Christmas Day. Here’s the opening-day video…

Generally speaking, the next five or six days in the southern half of the Rockies are likely to be dominated by high pressure. Further north, in Canada, Montana and Wyoming, snow is in the forecast for the start of next week.

One Response to “Snow Report, December 27”