More Snow in America and Canada

Greetings from Courchevel, Snowfiends, where I’ve been skiing under immaculate blue skies, on immaculately-groomed pistes. 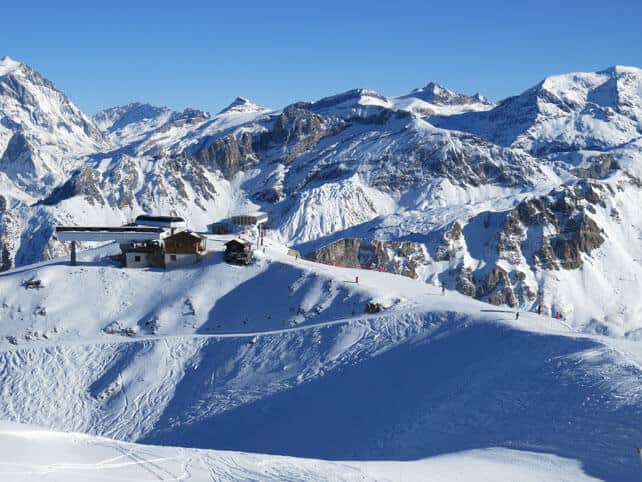 But before we get any further on the situation in the Alps, can we switch focus for a moment to California? The resorts there are about to have an El Niño moment…

It’s pretty soggy there right now (and very windy) with rain falling in the base areas: but temperatures are dropping and snow’s starting to accumulate at altitude. Yesterday, local snow guru Bryan Allegretto reckoned the incoming storm could drop 30-90cm of snow by Friday morning. Then another storm is due in on Sunday, which he thinks could produce similar quantities of snow. So that would mean 60-180cm of snow in the next four days.

“Then we see a break the first half of next week, with another storm possible by the end of the week,” he said.

Here’s one of the webcams at Heavenly, as the snow gets going. 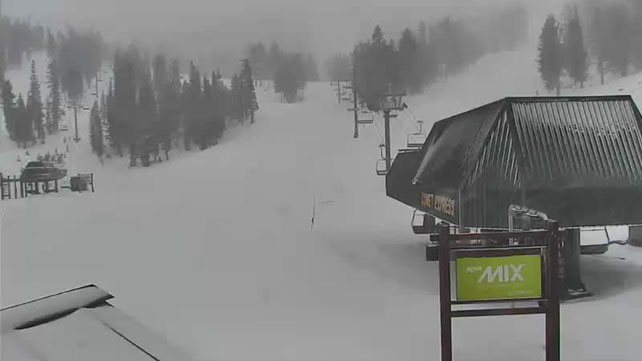 Can we credit El Niño for this? Probably. The occasional Pacific-Ocean climate anomaly is now firmly embedded across the region, and is exceptionally strong. And, to quote America’s Climate Prediction Centre, it “has already produced significant global impacts”. Heavy snow in the Californian resorts has been widely anticipated as a result, and it looks as though the weather may be about to deliver.

Inland, in the America there’ll be snow, too. The northern Rockies have already had some, and in Colorado ace forecaster Joel Gratz is predicting 15-30cm of snow across most resorts on Friday and Saturday, with another band of snow expected on Monday. In Utah, they’re expecting light snow on Friday, and are hoping for a bigger dump on Sunday night and Monday.

There’s just been heavy snow up in the Pacific Northwest, too. It’s been accompanied by yo-yoing temperatures, so the news hasn’t been all good: there’s been rain at times too, which has made the cover wet and heavy on lower slopes. But all the same, the quantities dropped have been significant. In Canada, Whistler reports 123cm over the last seven day, Revelstoke 83cm and Big White 75cm. Further inland, Lake Louise in Banff National Park has had 40cm.

Here’s how it was looking Revelstoke earlier in the week. There was rain down in the valley. But up high. OH MY. 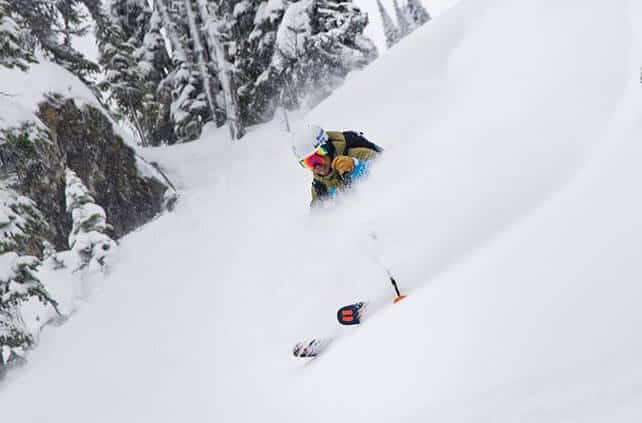 And here’s the rather wintry scene in Lake Louise this morning. 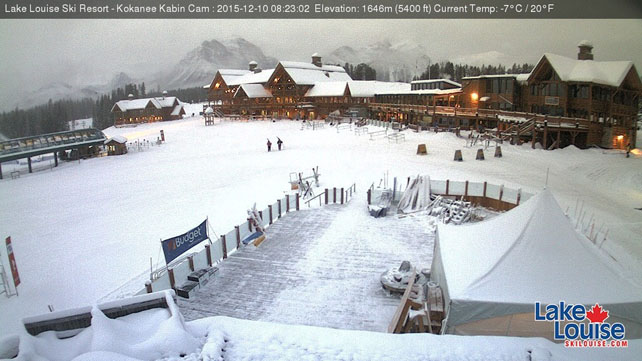 A snapshot of conditions in the Alps 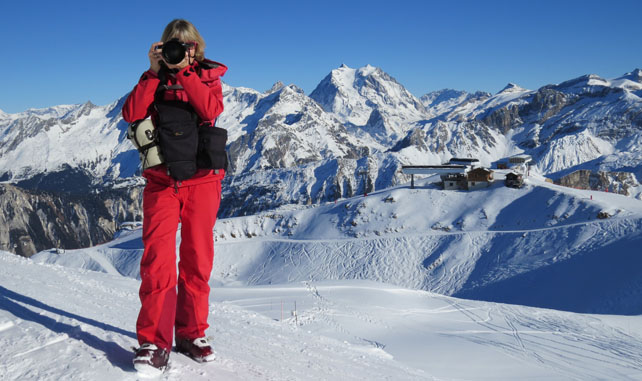 Right, back to the Alps. I’ve been doing a shoot with the lovely Holly Junak in Courchevel today (pictured above), and I’ve been impressed – after last week’s sharp thaw – by how much cover they’ve got over the mountains in this part of France. Many of the pistes are firm (but not icy) at the beginning and end of the day, so you need sharp edges on your skis. And as the cover is thin in places, you need to be loose and relaxed when you ski to suck up the natural bumps and undulations in the terrain. In other words, the skiing surface is pretty exacting right now. But given the generally warm start to winter, and Mother Nature’s niggardliness with the white stuff, conditions are okay down to 1850m. With weather so beautiful it’s not hard to be a little dazzled by the experience.

With the nights clear and cold, resorts across the Alps are running their snow cannons hard after dark, too. But they’d love some help from the skies above to beef up their cover before Christmas. The need for more snow is acute the further south and east you go. In central and eastern Austria, and in the Italian Dolomites, many pistes are ribbons of white against the grass. It’s testament to the power of modern snow-making systems (and the skill of their operators) that they have any skiing on offer at all.

In the immediate future, next Tuesday is the best hope for more snow, but if it comes it’s likely to bring only light to moderate falls, and only to the north-western sector of the Alps, which has the best of the conditions already.

For a forecast beyond that, you might as well ask the cat: the mid-range climate models change their prognoses constantly, and now they’re suggesting high pressure will continue to dominate the weather for a while yet. In the meantime, sharpen your edges, keep doing the snow dances, and aim for a high-altitude resort in the northern Alps, between France and western Austria.

For the last couple of days I’ve been staying in comfortable and spacious Chalet Bouquetin in Courchevel 1650, courtesy of Courchevel and Val d’Isere specialists Le Ski. Many thanks for the hospitality!

No Responses to “More Snow in America and Canada”