Today, we’re kicking off our Snow Report in the American Rockies. 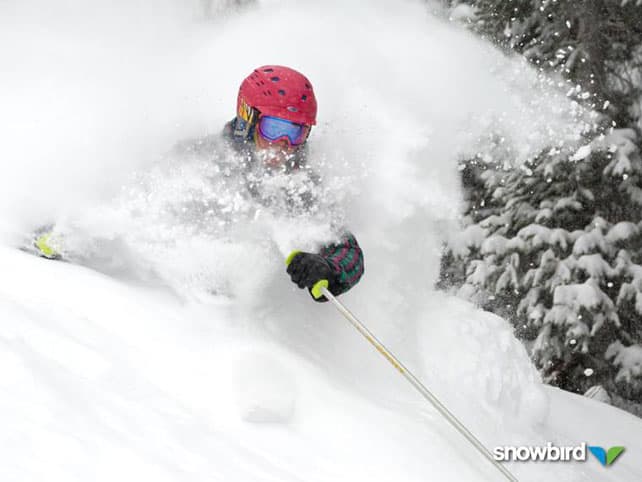 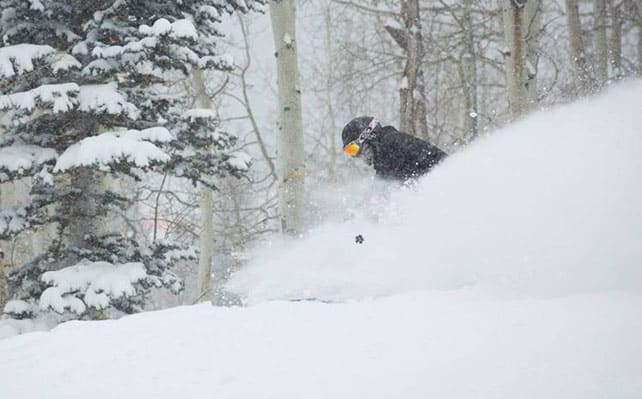 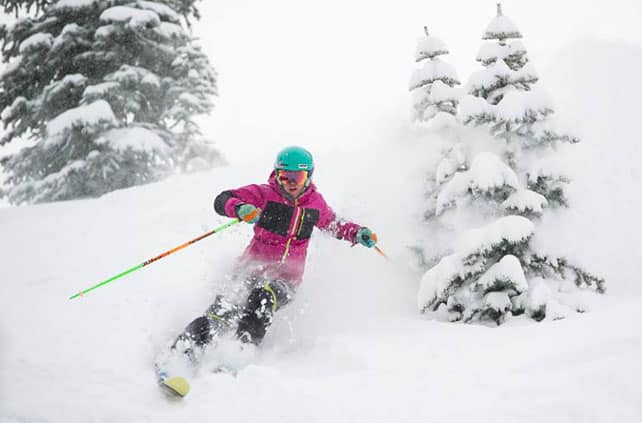 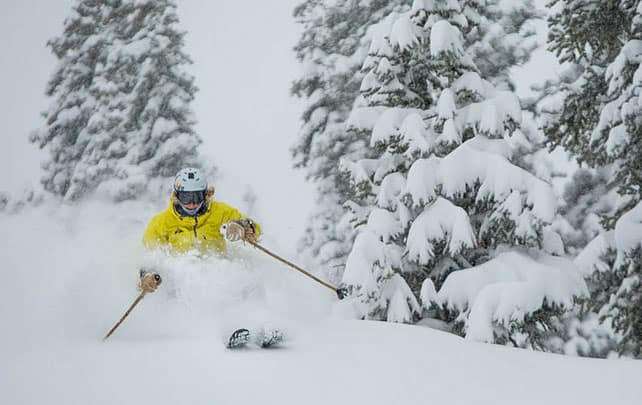 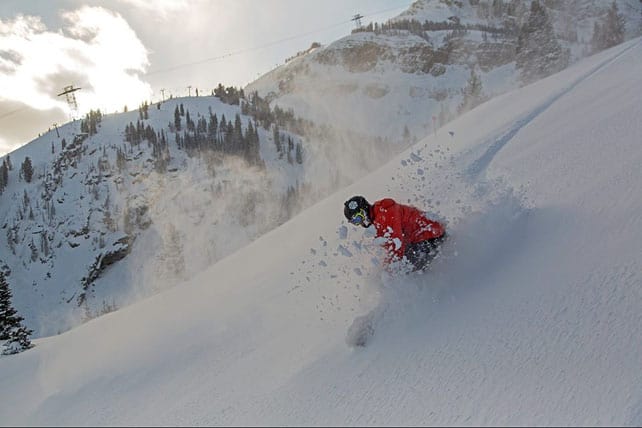 Many resorts have been walloped by frigid winter storm – which hit Montana and Wyoming on Sunday, and muscled into Utah and Colorado on Tuesday and Wednesday. Most places had around a foot of fresh snow, followed by plunging temperatures. Many ski areas are posting highs today of -10C, and wind chill of -20C or lower.

Thanks to British tour operator Crystal I was lucky enough to catch the start of the storm – in Breckenridge, Colorado, on Wednesday. And as I’m sure you can imagine, it was bliss. Thanks to all the trees, visibility was good and the mountain was littered with local skiers and boarders going nuts – gobbling up the powder like it was their last ever day on snow.

There were some junior shredders amongst them…

Oh yes, and look who I met? British Slopestyle sensation James “Woodsy” Woods: in training for the one of the biggest freestyle events of the season – the Breckenridge leg of the Dew Tour. And, of course, the Winter Olympics… 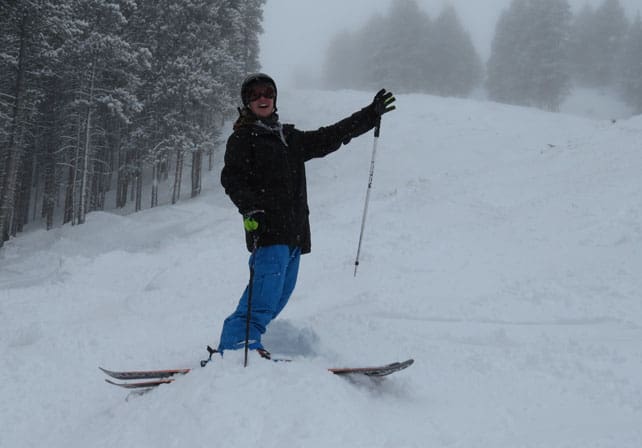 There’s fresh snow in the Eastern Alps, too!

This morning, the white stuff has made a welcome return to the eastern Alps, too – along with much colder temperatures. The snow blew in last night, and according to our snow forecast up to 50cm of new snow is a possibility on the slopes above resorts such as St Anton, Mayrhofen and Schladming. In Switzerland, resorts south of Zurich, such as Laax, should do well too. 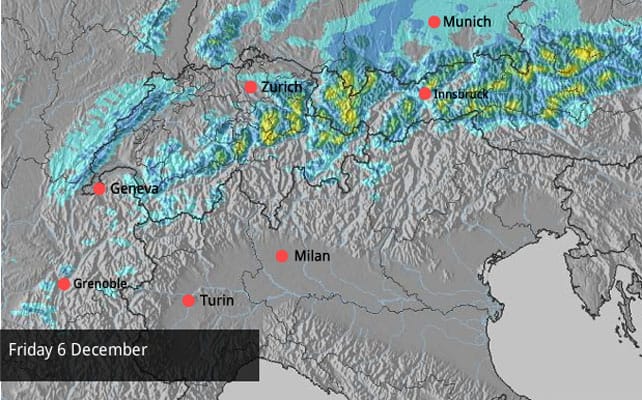 The Welove2ski snow forecast for the Alps, December 6.

And here’s a short video of how it looking this morning in St Anton: a nice piece of early-season publicity for the resort, but a bit of a drag for the lift company and ski patrollers, as today is actually the opening day for the resort.

Pictured, below, was the scene in neighbouring Lech: it too is firing up the lifts today for the first time this winter. 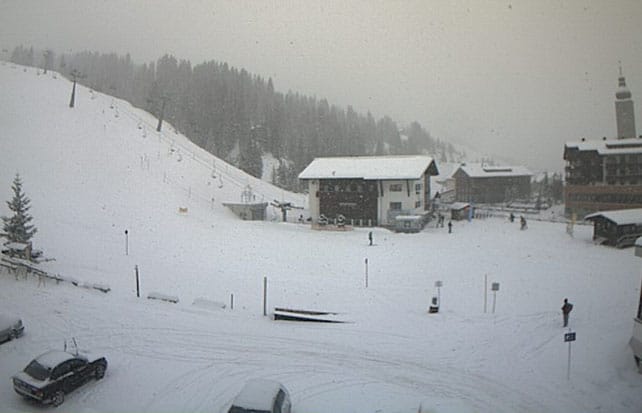 Here’s how it was looking above Soll this morning. The Skiwelt, in which it’s set, opens tomorrow. 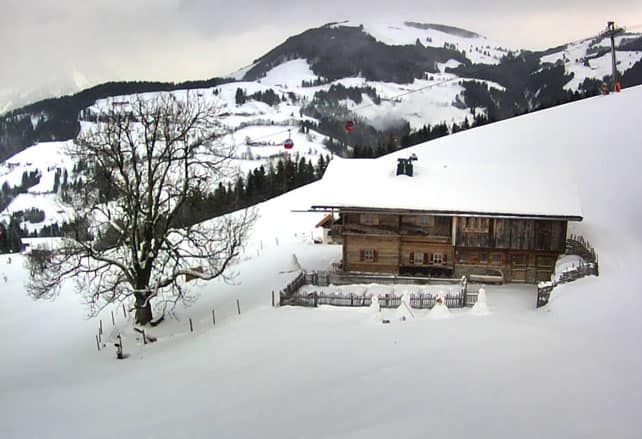 But the sunshine will make a swift return

Sadly, it looks as though the French and Italian Alps will miss out on most of this new snow – although it will get colder for a while. In France today the freezing point will be back down to around 700m today, after the spring-like highs of midweek. The sun will continue to shine in many places.

In fact, by the beginning of next it’ll be sunny right across the region, and temperatures will be climbing again. French forecaster Meteo Chamonix expects the freezing point to be up to 2700m by next Wednesday. It’s likely to stay that way until December 14 at least. Obviously, sun-worshippers will be delighted. But Snowfiends like us? Not so much. We want the stormy weather of Snovember to come back!

Pictured, below, is the view from La Croisette in Courchevel this morning – to give you an idea of how sunny it is. In the Three Valleys, Val Thorens is already open, and Courchevel, Meribel and Les Menuires will be joining it for the season tomorrow. 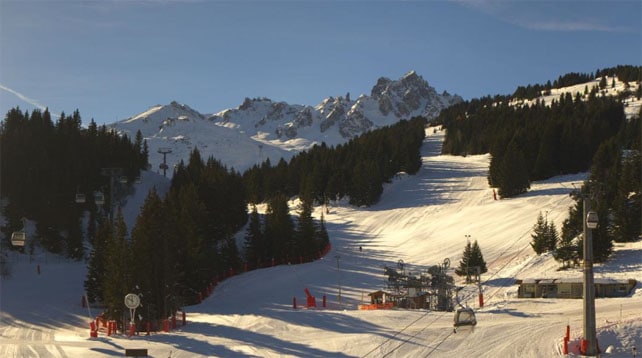 This is the view today down to Les Deux Alpes, which opened last week. 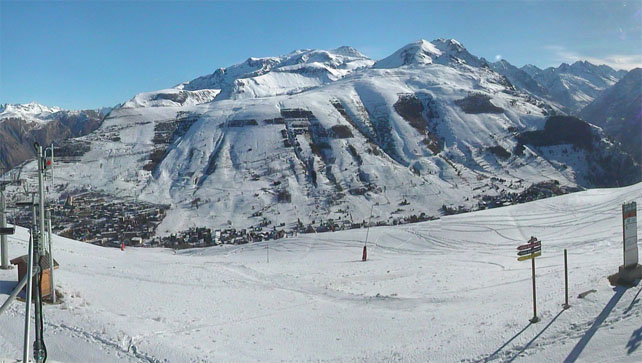 And this was the scene a couple of days ago in Serre Chevalier, which is readying itself for opening day on December 14. One Response to “Snow Report, December 6”