There are three things to say about the weather in the Alps right now. 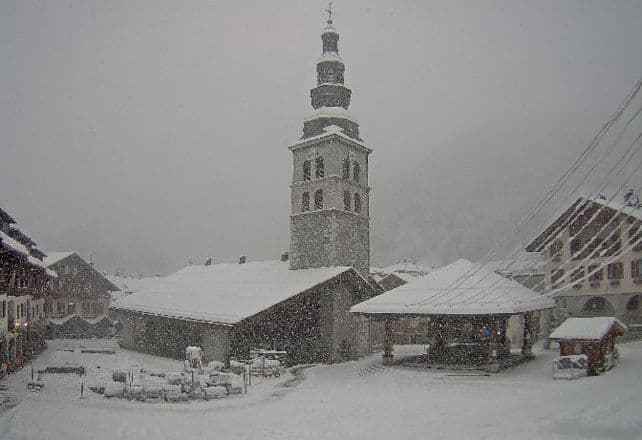 La Clusaz, November. The resort is opening a sector of its slopes this weekend. Photo: © laclusaz.com.

It’s been six years since November has been marked by snow like this. There’s been snow on and off all autumn – but since November 10 the storms have come in rapid succession. November 10, November 15 and November 19 have all seen big dumps, with lighter periods of snow in between. All parts of the Alps have been blessed, but in contrast with 2007, when Austria got the lion’s share, 2013 has favoured the western Alps – until now, at least.

2. Next week, the sun’s coming out

Forecasting more than five days in advance is a notoriously flukey business, but there is consensus amongst the mid-range weather models that next week high pressure will return. It’s going to settle over the UK and dominate the weather in western Europe. So – in the western half of the Alps at least – this glorious run of blizzards is going to stop. In France and Italy, Sunday will probably be the last day of snow – although it’s likely to continue in Austria and eastern Switzerland until Tuesday.

It’ll stay cold – for a while at least – and once the skies clear the skiing will be superb, both on-piste and off. Off-piste, the avalanche risk will be considerable for a time – thanks to the high winds that have accompanied all this snow. But provided you can find a lift system that’s open, and take all the necessary precautions, you’re more or less guaranteed top-notch conditions. (Check out our guide to the best resorts for early-season skiing for ideas about where to go.)

Bear in mind that the time to ski all this snow is as soon as the sun comes out: because there’s no guarantee it will snow again any time soon. One mid-range forecast I’ve seen has the high pressure sticking around until December 6 and, eventually, pulling mild air up from the south. Another predicts a return to wintry weather at the start of December. What’s more, these prognoses are changing on a daily basis. In other words, no-one knows for certain when the next storm is coming.

Of course, with so much snow having already fallen, there are no worries about the cover on-piste in the higher resorts in the run-up to Christmas. Low temperatures mean the snow cannons will be running at full tilt, too. But if it’s powder you’re after, next week has your name written all over it.

Right then: onto here’s a brief survey of the situation right now.

Here’s the snow forecast  for the Alps today. 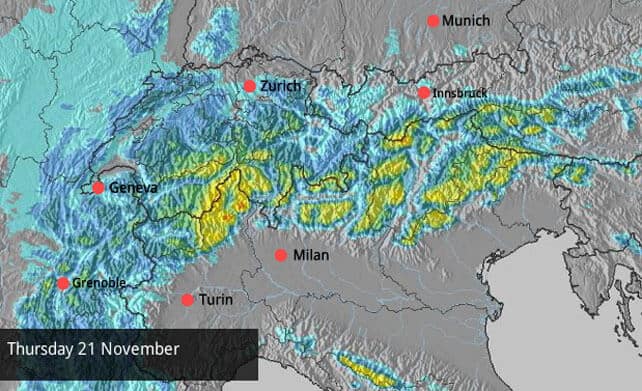 The Welove2ski Snow Forecast for the Alps, November 21.

Below is how Val d’Isere (opens November 30) was looking this morning. 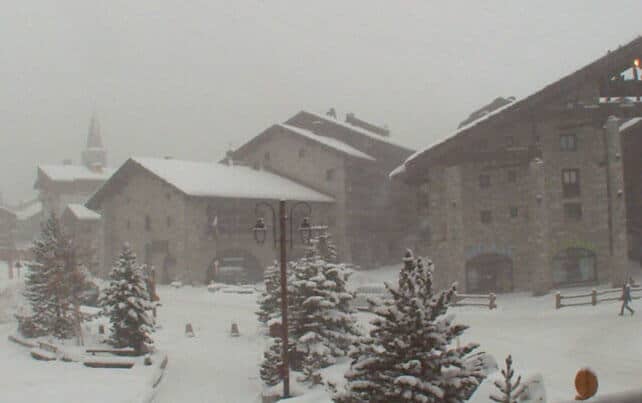 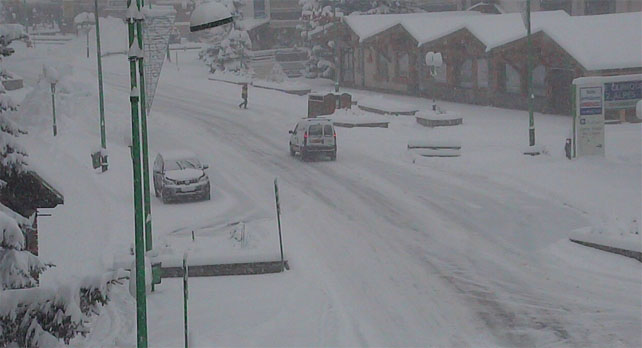 This was Zermatt, which is pretty much in the eye of the storm this afternoon. Here, you can currently ski down to Trockener Steg at 2989m. 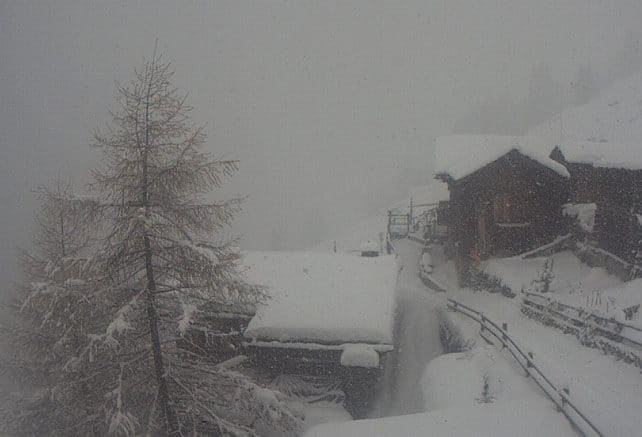 More resorts will be opening shortly

Regular followers of our Snow Report will know that although Obergurgl in Austria and a host of glacier ski areas are already open full time-for the skiing, most resorts are still closed in the Alps. Thankfully, that situation is beginning to change.

In France, Val Thorens opened its first pistes today, a couple of days ahead of its proper, full-time opening, on November 23. Here’s how it was looking this afternoon as the snow eased off. 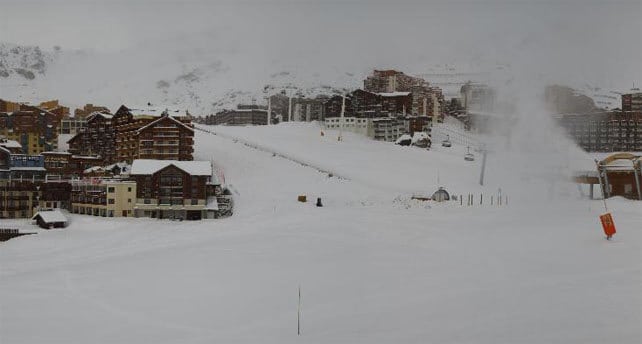 Courchevel is also opening the Verdons gondola and the Saulire cable car on Saturday, thanks to the snow – and lift passes are FREE! How cool is that? Sadly, it’ll then close again until December 7.

This video shows how the Saulire was looking at the start of the week.

And here’s how it was looking outside the chalet-hotel Crystal 2000 in Courchevel today. 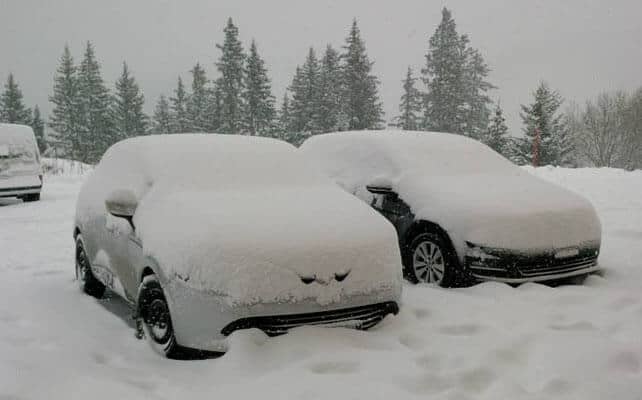 Meanwhile, in Austria, Hochzillertal and Hochfugen are opening this weekend for a winter preview. They’ll close again next week and get started full time on November 30. Pictured below was how it was looking in Hochfugen this morning. Note the guy skinning up, who clearly can’t wait till Saturday… 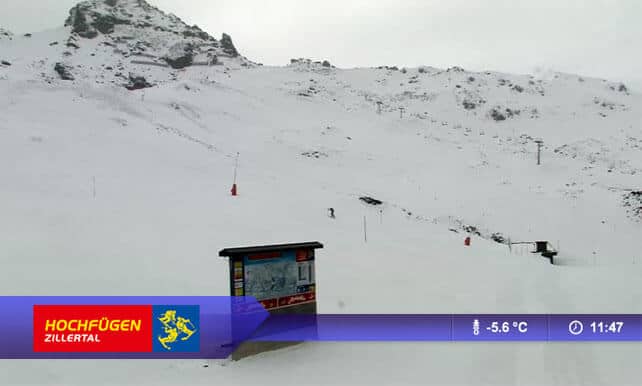 Other ski areas opening this weekend for winter previews include La Clusaz, Verbier, Laax, and the Jacobshorn in Davos,

Resorts are opening early in the Pyrenees, too

As we mentioned in our last Snow Report, Baqueira-Beret in Spain is opening at the weekend, thanks to heavy snow last Saturday and Sunday. Now it will be joined by the Grandvalira ski area in Andorra, as well as the Pic Blanc in France.

There’s been more snow across the Pyrenees today. Pictured below is Grand Tourmalet this morning. 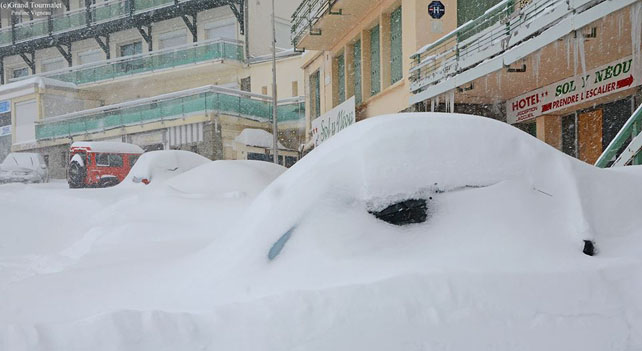 There’s been more snow in the American west

Several ski areas across the American west are already spinning their lifts for the season. But as far as openings go, the coming week is the big one, as resorts gear up for the Thanksgiving holiday. For the most part, conditions are pretty good too – especially in Colorado, where many resorts had 30cm or more of snow at the weekend. There was a further dusting on Tuesday night – and according to snow guru Joel Gratz about 15cm should fall over the next couple of days to add to it. Among the resorts about to open are Vail on November 22, and Steamboat and Beaver Creek on November 27.

Meanwhile, this was how Breckenridge looked earlier this week, as its Ski Patrollers were doing avalanche-safety work above the new terrain on Peak 6. 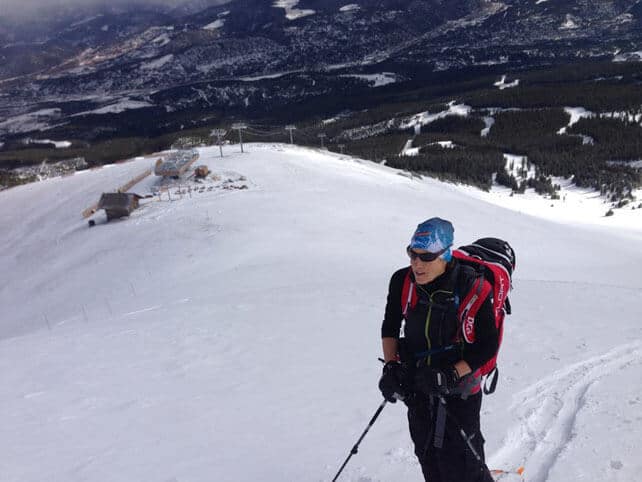 In Utah, there was heavy snow at the weekend  – followed by further dustings this week. Snowbird got going yesterday, joining Solitude and Brighton which were already open. Alta opens tomorrow and The Canyons on November 29. 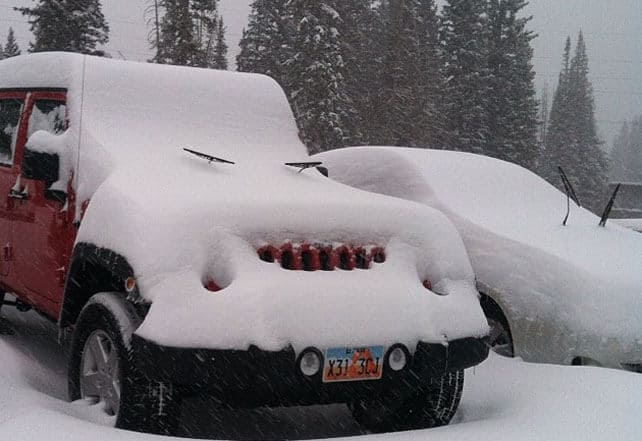 In California, the Lake Tahoe resorts are getting their first big snowstorm of the season. This was Heavenly yesterday. The resort opens tomorrow. 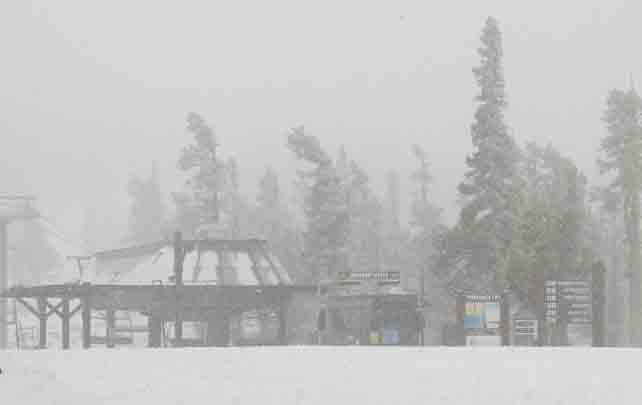 Winter has hit hard in the Canadian Rockies

Finally, check out Lake Louise in the Canadian Rockies, below: the resort reports 60cm of snow in the last week and a high yesterday of -17C. Today is going to be much warmer, at -13… 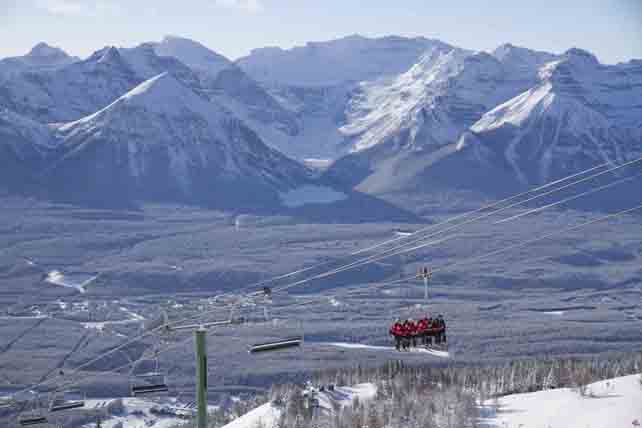 One Response to “Snow Report, November 21”