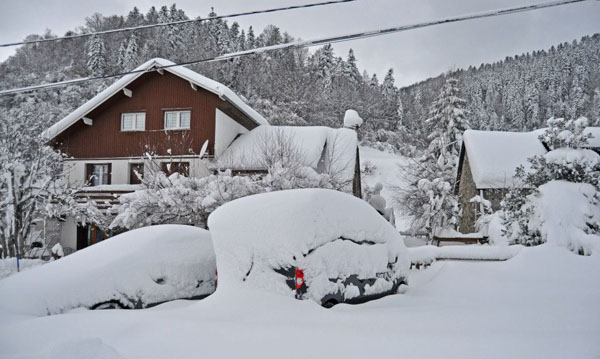 The resort of La Mongie in the French Pyrenees today, where there’s 40cm of fresh snow today. Photo: © grand-tourmalet.com.

What a fortnight the Pyrenees are having. If you saw our January 17 snow report, you’ll know many resorts there were walloped by a big storm last week. The Grand Tourmalet ski area in France reported 1.5m of fresh snow in just three days, and Baqueira in Spain had 2.5m between January 13 and 17.

There was a nasty thaw on Friday and Saturday, but the snow returned on Sunday and there’s been plenty more since then. This morning, Baqueira reports 60cm of fresh snow in the last 24hrs, an avalanche risk of 4/5, and settled snow depths of 340cm at the top of the ski area. Flippin ‘eck…

Here’s how Baqueira was looking this morning. 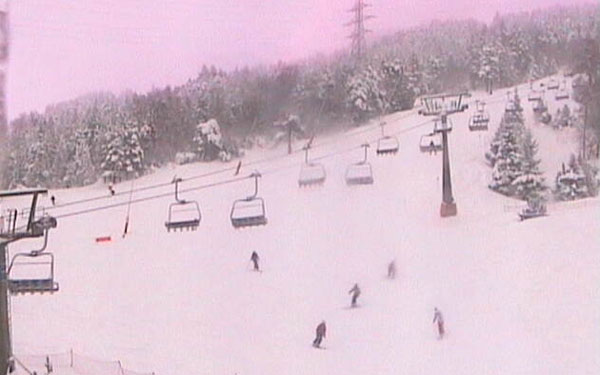 Baqueira, on the Spanish side of the Pyrenees. Photo: © baqueira.es

And here’s the scene in the El Tarter sector of the Grandvalira ski area in Andorra. 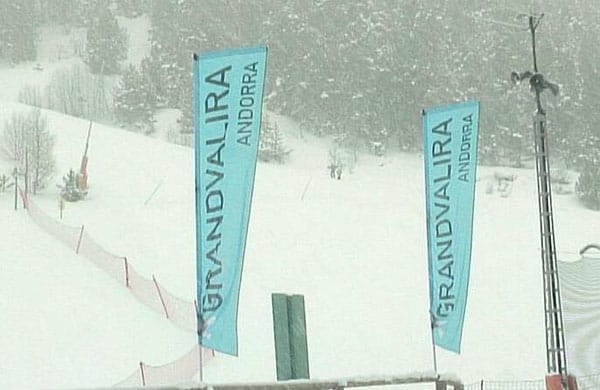 El Tarter in the Grandvalira ski area of Andorra this morning. Photo: © grandvalira.com

There’s more fresh snow in the forecast for the weekend, too: though some charts are predicting a sharp thaw next week.

Meanwhile, in the Alps, the biggest Downhill race in the World Cup calendar is almost upon us: the Hahnenkamm in Kitzbuhel. In sharp contrast to last winter, when a blizzard dumped a metre of snow at the top of the course on the night before the race, it looks as though the weather will be kind to the organisers in 2013. Training took place yesterday in near-perfect conditions, and although there’s a dusting of fresh snow in Friday’s snow forecast, it’s not looking significant. Saturday – the day of the big race – should be sunny and cold: Perfect for ski racing – and perfect for partying too… 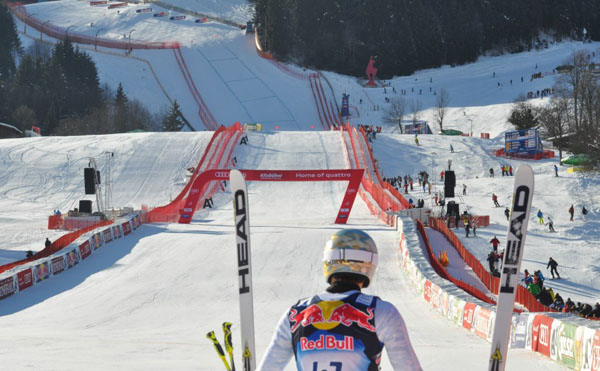 The next significant snowfall across the region looks set for Monday. Here’s the current Welove2ski snow map for January 28. Once the weather front has moved on it looks as though another thaw is on the cards. It’s not yet a certainty, though. We’ll keep you posted. 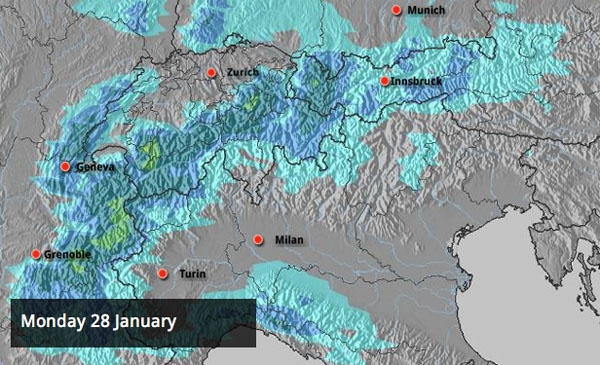 In the meantime, there are two or three lovely days of skiing ahead: with clear skies today and Saturday and cold but not frigid temperatures. In the northern half of the Alps off-pisters will need a guide to help them hunt out the best snow. There was a wee top-up on Monday in many places (10cm in Tignes and Val d’Isere for example), but conditions away from the groomers are variable – powder, crust, wind-blown snow are all out there, according to Meteo France’s avalanche report.

In the southern half of the Alps there was rather more fresh snow at the start of the week. Madonna di Campiglio had 35cm, Selva had 30cm, and parts of the Engadin Valley – home to St Moritz – had up to half a metre. 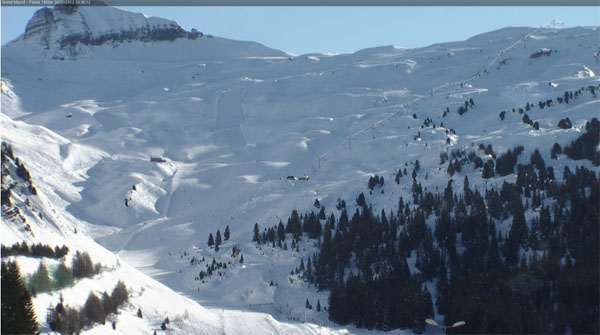 Flaine, at the top of the Grand Massif ski area – where there’s 100-320cm of settled snow. Photo: © grand-massif.com 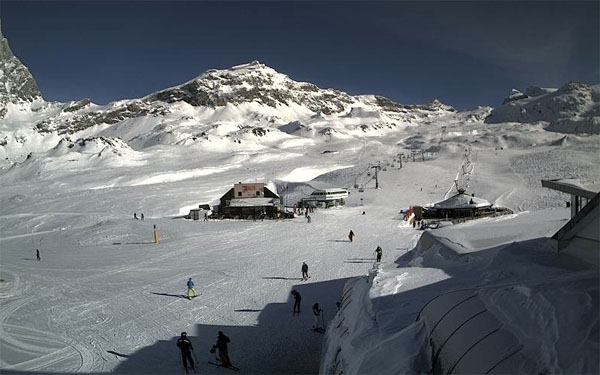 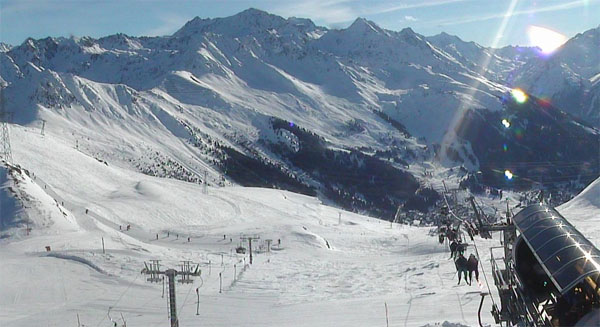 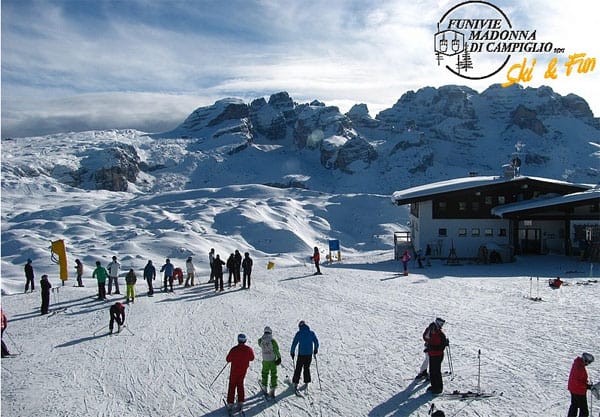 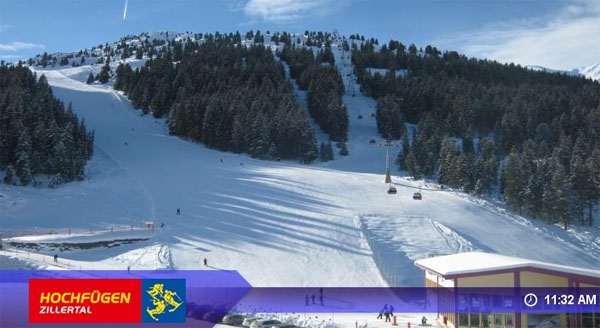 Hochfugen, in the Zillertal: 70-120cm of settled snow, and a top temperature of -2C. Photo: © hochfuegenski.com 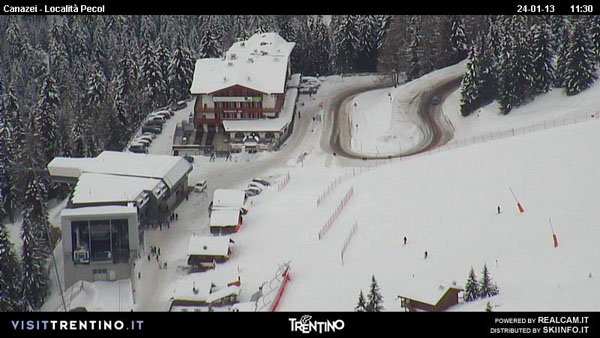 And here’s the scene today in Are, Sweden. Sunny and cold – as it has been for much of the winter… 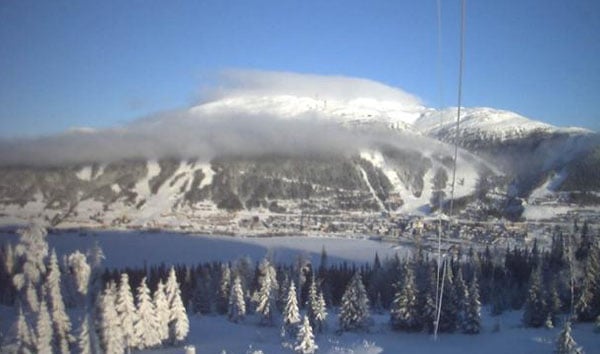 Are, Sweden, today – where the temperature ranges from -7 to -10C. There’s 60cm of settled snow on most of the pistes. Photo: © Skistar.com

Across the Altantic, in the western resorts of Canada and the USA, the long spell of dry and sunny weather is coming to an end. Whistler, on the west coast, has already had a dusting of snow (16cm), and there’s more to come as two separate weather fronts line up across the region. The first is going to be mild for the time of year, but by Sunday the second front is going to drag in cooler air, and most resorts – whether in the Rockies, or on the coast – should see at least a little snow. The forecast for Utah looks particularly promising, as it does for southern Colorado – but I’ve got my eyes firmly fixed on Heavenly, California, where I’m heading on Sunday… Snow Gods, are you listening?? See the mountain below? SEND YOUR SNOW HERE. 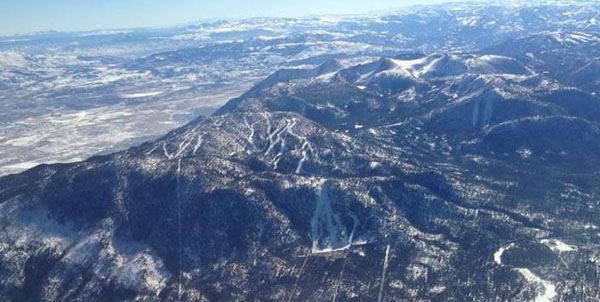 Heavenly, California, as seen by the website Where Should I Ski at the beginning of the week. Photo: © whereshouldiski.com